My skin tightens with goosebumps each time the wind blows. It’s the temp but also the view: Grand Teton National Park stretches into the horizon beyond. 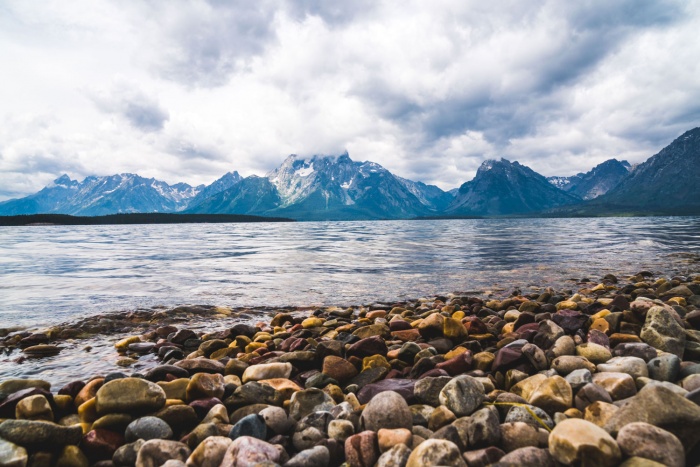 Through the pines is Jackson Lake, Mount Moran towers above, glaciers and all. Wind and proud mountains are a reminder of how far we have come on this trip.

It’s been 3,500 miles on the bike so far. Now, passing comments of “It feels like fall!” remind me how long we’ve been gone.

Last week we passed our journey’s midpoint. We’re entering the final leg. But getting here from the last big stop in Boulder, Colo., was a journey all its own.

'Packing It Out' has a mission to clean America's trails. This year, Seth and a new team member, Abby, will embark on a 5,025-mile bike tour to clean up scenic areas from coast to coast. Read more…

After a few rest days and a quick trip to the Outdoor Retailer show last month, it was time to get back in the saddle. Our route started with a 16-mile, 3,700-foot climb from Boulder to Nederland, Colo.

After Nederland, facing a wall of mountains, heading due west was no longer an option. So we pedaled north toward Estes Park, the gateway to Rocky Mountain National Park and Trail Ridge Road, the highest paved through-road in the country. 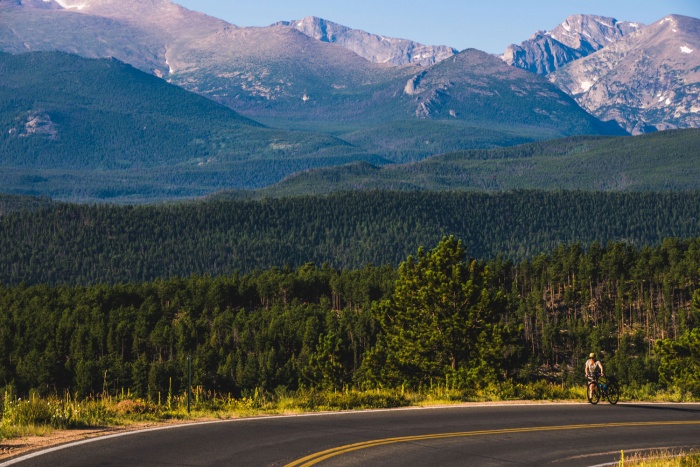 To get to Estes, we cycled on the Peak to Peak Highway. A fellow rider told us “You could roll a marble on it.” Indeed, the road was fresh and butter-smooth, plenty of shoulder, with views of rolling hills and mountains peeking over top.

Friends On The Road

As we pedaled, someone shouted “Seth!” Turns out, that person rode with us back in Wisconsin and was on vacation cycling Peak to Peak too.

He invited us back to his family’s cabin for lunch, after which we enjoyed an amazing, albeit scary, downhill into Estes. The next morning, we got on the bikes early and started a long climb across the Rockies.

If the elevation gain isn’t enough to turn cyclists away, hairpin turns, headwinds, and thousands of mindless tourists should. And yet, here we were, with plenty of other riders, spinning away on the side of the road.

The views were breathtaking, the air fresh, and the 11 miles above tree-line spectacular. During a break someone passed us and recommended we hitchhike instead. We ignored him and later pedaled over the 12,183-foot summit feeling triumphant.

Despite media coverage that has America divided and at each other's throats, in 3,000 miles of cycling across mostly rural areas, we've found that most people are delightful to talk to and itching to help. Read more…

Mountains are incredible, but they are finicky and command respect. We hadn’t rested our legs more than a few minutes when the lingering clouds finally burst open with rain and sleet.

Elevation that took us more than four hours to gain took a mere 45 minutes to descend. And just like that, we were through the Colorado Rockies. 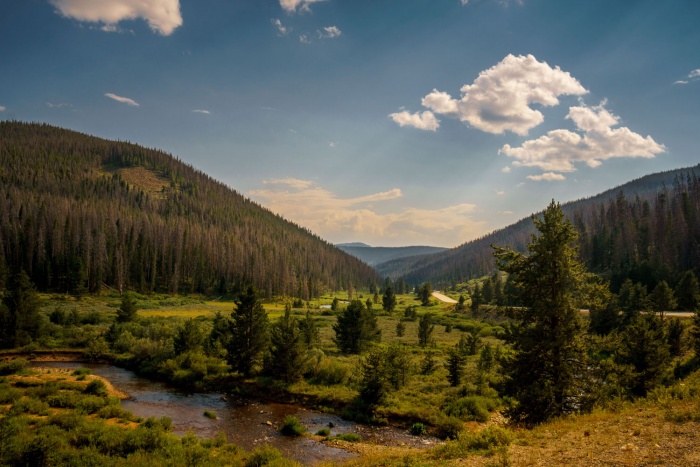 Wyoming And The West

From there, we made a quick getaway from the Centennial State, heading down into the dusty plains of Wyoming. We camped along the Platte River and took advantage of the water while we could.

In the hot springs at Saratoga, we soaked our tired bodies. We pedaled our first (and hopefully last) miles on the I-80 interstate to Rawlins.

The Oregon Trail, the Pony Express, and Chief Washakie Trail intertwined around our route. Like the pioneers, we were hungry for the West. 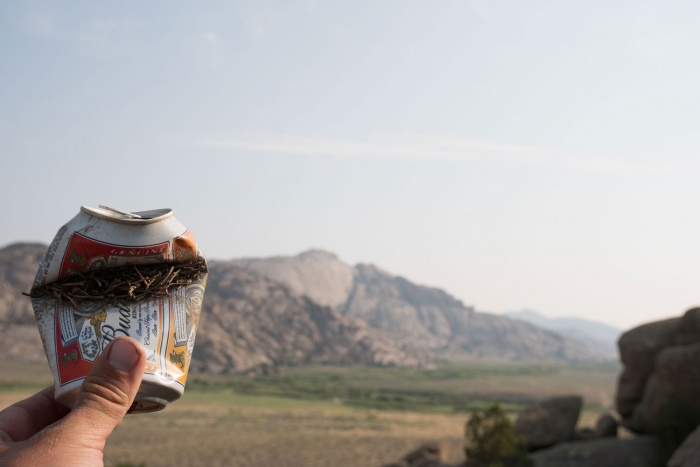 The desolate nature of Wyoming inherently keeps it pretty clean, but we found occasional litter in unlikely places.

We continued past Split Rock, a navigation marker for all who travel west. There were decaying Uranium boom-towns with friendly bartenders. Then through Lander, with its free camping and tempting climbing, the Wind River Reservation, and Crowheart Butte.

We pedaled across Dubois, missing the cowboys and Saturday night Rodeos.

After weeks of cycling our lonely route, we were back on the Trans American Bike Route. We started seeing other bike-tourists on every road and CDT hikers in grocery stores and hostels.

The history of the areas we biked through, the stories of other travelers and where they were going… it all fueled us forward. The mountains were calling! 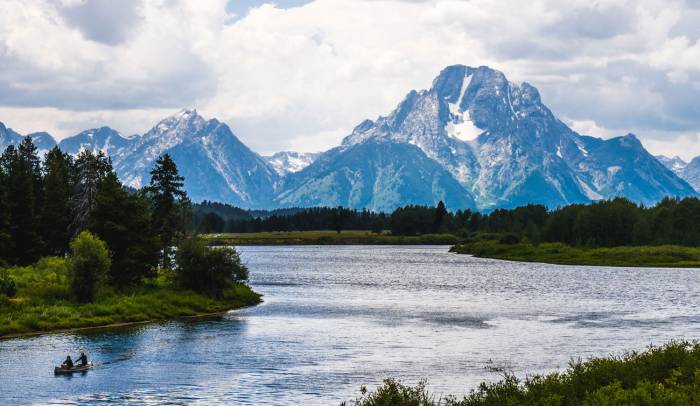 It didn’t take long after Dubois for us to start slowing down. The arid desert faded into green, piney forest. Rocky pinnacles began to appear ahead as we entered Shoshone National Forest, America’s first.

We followed the Wind River as it grew slimmer, quickening as we cranked uphill, eventually meeting its source at Wind River Lake in Togwotee Pass.

Rolling hills gave us glimpses of the Tetons, Mount Moran, and other giants peering out over the land, tucking their heads in the clouds. We made it down to Jackson Lake and stopped. There wasn’t much else to do. The mountains called, and we came.

Tomorrow morning, I will pack my panniers and snap them back onto my bike. I’ll pedal north into Yellowstone to get lost in the sea of tourists. We’ll continue on to Bozeman, and soon enough we’ll settle back into some flatter lands in Montana. But that’s all tomorrow. Today, I have the Tetons.

– Our 2017 ‘Packing It Out’ coverage is sponsored by REI. Check out the crew’s 2015 and 2016 efforts on our ‘Packing It Out’ page. Connect with Abby and Seth on Instagram, Twitter, and their blog.

Saving…
3,000 Miles Across America: The Good, The Bad, and The Ugly
All Or Nothing: Woman Tackles 5,000 Miles By Bike