Run down one of the world’s most storied racecourses in a footrace unlike any other. 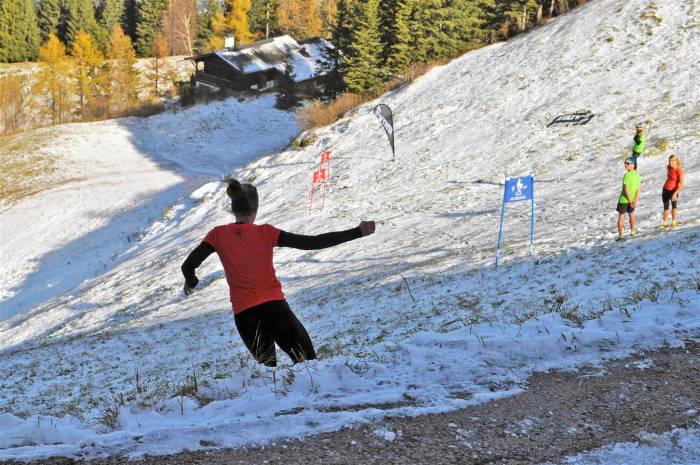 Kitzbühel is home to a legendary downhill racecourse, known as the Streif at the Hahnenkamm resort. The course is notoriously fast and dangerous. And for 80 years, it’s been home to legendary World Cup races that test the greatest skiers in the world.

And now, you can race on it too – without skis.

Inov-8 Descent: Racing Down the Streif

Up to 180 runners will participate in the event one at a time.

The format of the race is unique. Runners will set off in 30-second intervals, through the gates of the iconic start-house at the top of the Hahnenkamm.

From there, runners will descend the course. Like skiers, they will have to run around set gate, weaving their way down a slope that tops out at a stupidly steep 80-degree gradient (yes, that’s basically vertical). Check out the promo video below for its format.

The fastest 30 runners in both the men’s and women’s categories will qualify for the final run. As in skiing, finalists will start in reverse order at one-minute intervals.

The fastest male and female finishers in the final will win.

Sound like fun? Sign up online and then haul yourself to Austria in the fall. It’s all downhill from here.

Up Next: Watch Fernanda Maciel Set the Speed Record on Kilimanjaro