The right gear in your backpack can literally save your life. But what to bring? 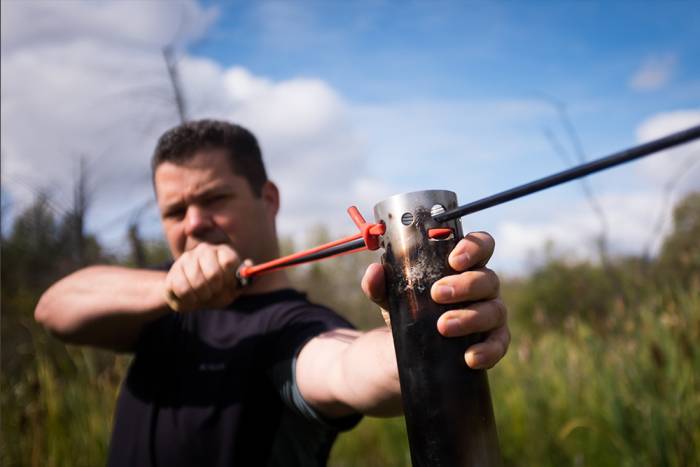 Editor’s Note: This article was originally published in 2007; here we update it for 2017.

Surviving in the wild — no matter the location or the time of year — depends more on human wit than the gear you have in your pack. But all survival experts still recommend assembling an emergency kit of equipment to stay with you at all times in the wilderness.

Indeed, if you’re lost or injured, the right gear can mean the difference between a comfortable night spent outdoors and a cold one. Items like a whistle or a signal mirror can alter fate to issue rescue instead of abandonment.

Survival Gear To Save Your Life

A survival kit is something most hikers, hunters, and explorers will never break open. It will sit in the bottom of a backpack, potentially for years, encased in a waterproof vessel of some sort, lightweight and out of the way.

The leanest survival kits are stored in Altoids tins and the like, and they include just the bare backwoods essentials: matches, fire-starters, fishing line, a tiny compass, water purification tablets, a whistle, a small rescue mirror, and so on.

“As far as survival gear goes, it really depends on the space you have available, how much weight you can comfortably carry, and how far you plan to venture,” said Mike Forti, a graduate of the United States Air Force Survival School.

Forti continued, “In reality, a backpack full of camping gear is simply a large ‘survival kit’ designed for a comfortable and extended stay in the wilderness. A much smaller version of this might consist of a tobacco tin with relatively few items tightly packed in.” 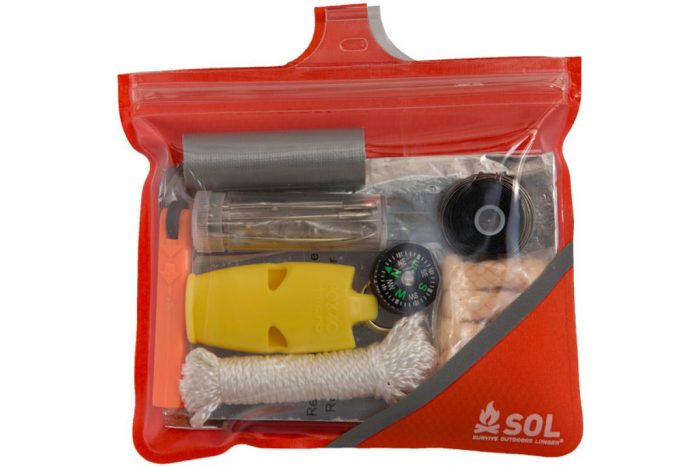 All these items squeeze into a waterproof container, and the whole bundle weighs a scant 4 ounces. Total cost: $34.

But minimalist kits have limitations, Mike Forti said: “They can provide the bare essentials for a miserable, short-duration stay.”

Forti’s kit of choice is a bit larger and bulkier, but not overbearingly so. It can be worn on a belt in a pouch and includes enough gear to make a longer “unplanned wilderness excursion” survivable with some modicum of basic comfort.

“These are not hard and fast time frames, but they are easy to remember, and are therefore decent guidelines,” he said. “For this reason, most survival kits do not contain Twinkies and juice-boxes.”

Instead, Forti’s gear stresses rescue and protection from the elements. His No. 1 piece of survival gear is a knife, specifically something large like a machete. “A good knife can be a survival kit unto itself,” he said.

From chopping branches and trees for a shelter, to making of a bow drill for fire, to whittling a snare, a knife in the hands of a knowledgeable individual, Forti said, is the key item in a kit.

Perhaps unexpectedly, item No. 2 on Forti’s list is a cell phone. “The simple fact is that cell phones save lives,” he said. “They can turn a survival saga into a non-event.”

In a similar vein, Todd Smith, a former editor-in-chief of Outdoor Life magazine, stresses rescue in emergency wilderness situations via quick communication with the outside world.

But in addition to a cell phone, Smith recommends personal locator beacons (PLBs), which are essentially emergency radio signal devices that communicate with satellites (and thus rescue personnel) from anywhere on the globe.

He said PLBs are expensive — they can cost several hundred dollars — but are an excellent investment for those planning on spending a lot of time in the backcountry, especially people who go solo. 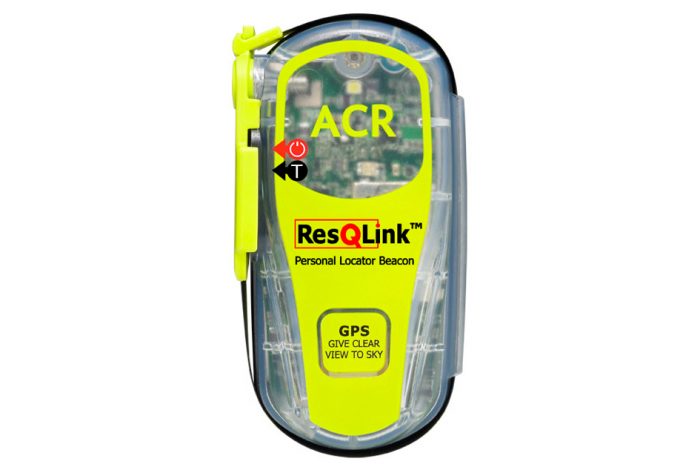 At the push of a button, PLBs from companies like ACR Electronics Inc. transmit your position via GPS coordinates and the 406 MHz radio frequency to search-and-rescue centers, who may be able to then start a search process within minutes.

“The recent Mount Hood tragedy changed my perspective,” Smith said, referencing a climbing disaster in Oregon where three mountaineers died from exposure, despite a huge rescue effort. “A PLB might have saved their lives.”

Beyond PLBs, Smith said a survival kit should include items like a map of the area, a compass, a space blanket, first aid, a flashlight or headlamp, and fire-starting supplies. He recommends keeping the essential stuff physically attached to your body in a pouch on your belt.

Gear needs to be customized for each trip, Smith added. “I tell people to make a basic survival kit, but then add gear appropriate for where you’re going, be it the ocean, the desert, the tropics, the arctic, the mountains, or any other environment.”

Even people driving through the Rocky Mountains, Smith said, should have a survival kit in their car, including a sleeping bag, warm extra clothing, food, water, and charged-up cell phones.

“Have a game plan in place anytime you’re in the wilderness,” Smith said. “You can be prepared for just about anything.”

To trim a survival kit down to its top 10 essentials is to reveal the utmost necessary items for ad hoc shelter, warmth, communication, navigation, and sustenance in the deep backwoods. Here, then, are three survivalists’ lean lists of gear you should not be without in any wilderness situation.

Personal Locator Beacons: These are smaller, affordable, reliable, and offer many new features. Companies like SPOT and DeLorme now offer products that post almost real-time tracks of adventurers far off the grid. The SPOT Gen3, for example, sells for as low as $150 and enables users to send simple, pre-programmed messages (all ok, send help, etc.) to friends and family or initiate rescue through a first-responder network.

Cell Phones: While cell phones are still not 100 percent reliable in the backcountry, service coverage and the usefulness of smartphones has increased dramatically in the last seven years. While cell phones are still questionably reliable in the backcountry, many adventurers will carry them anyway as they also serve as light cameras and can help with GPS and electronic compass navigation. Today, most of them also work as a flashlight. Regardless, they are worthless if the battery is dead, so plan accordingly.