Home » Technology » Best Apple Watch Yet? Everything You Need to Know About the Series 6

What could get better than an always-on display, upgraded cardio monitoring, and new band styles? Read on to learn why the Series 6 is Apple’s best watch yet.

Consumers and industry workers alike have been waiting for a new line of Apple products to hit the market this fall. Today, Apple held an online launch for its new iPad Pro and Series 6 Watch.

The new models will be available as soon as this month. Read on to learn what’s new with the Series 6.

“In these times, it’s so inspiring how people have adapted. We feel a deep responsibility to keep innovating,” Apple CEO Tim Cook announced as he previewed the new Series 6 watch.

In the 21st century, watches are no longer just about telling time. Apple designed the Series 6 with a focus on health metrics, fitness app compatibility, on-wrist smart controls, and more.

The major updates include a pulse oximeter and app to measure blood oxygen levels, VO2 max cardio metric detection, and Apple Watch OS 7. Plus, it has dozens of new display features. 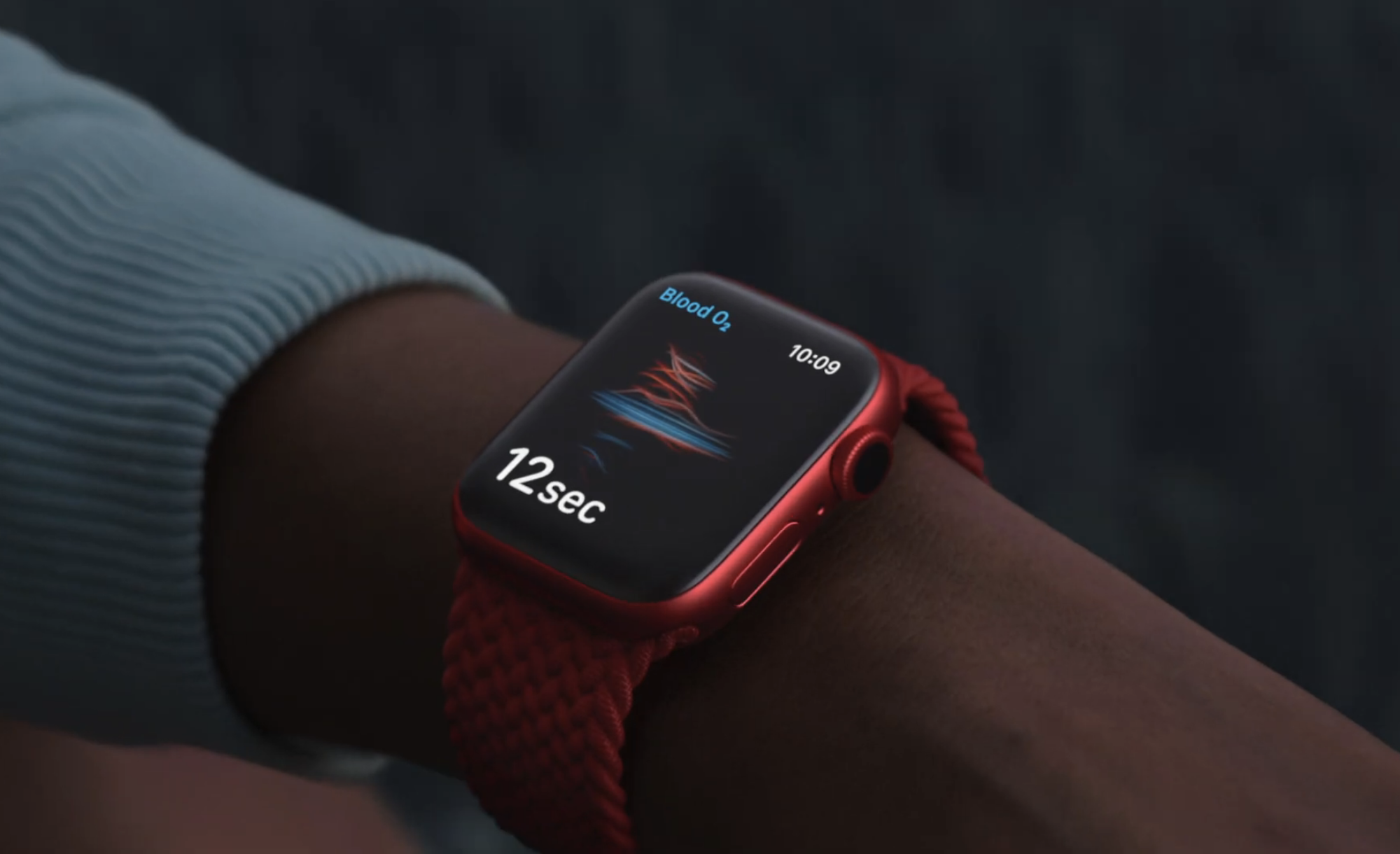 “The Apple Series 6 has a new health sensor that measures blood oxygen levels,” said Apple COO Jeff Williams. “It can take a measurement in just 15 seconds.”

The Series 6 also has a new family setup option so those without smartphones can still use an Apple watch. And it has a do-not-disturb “school time” mode for kids. 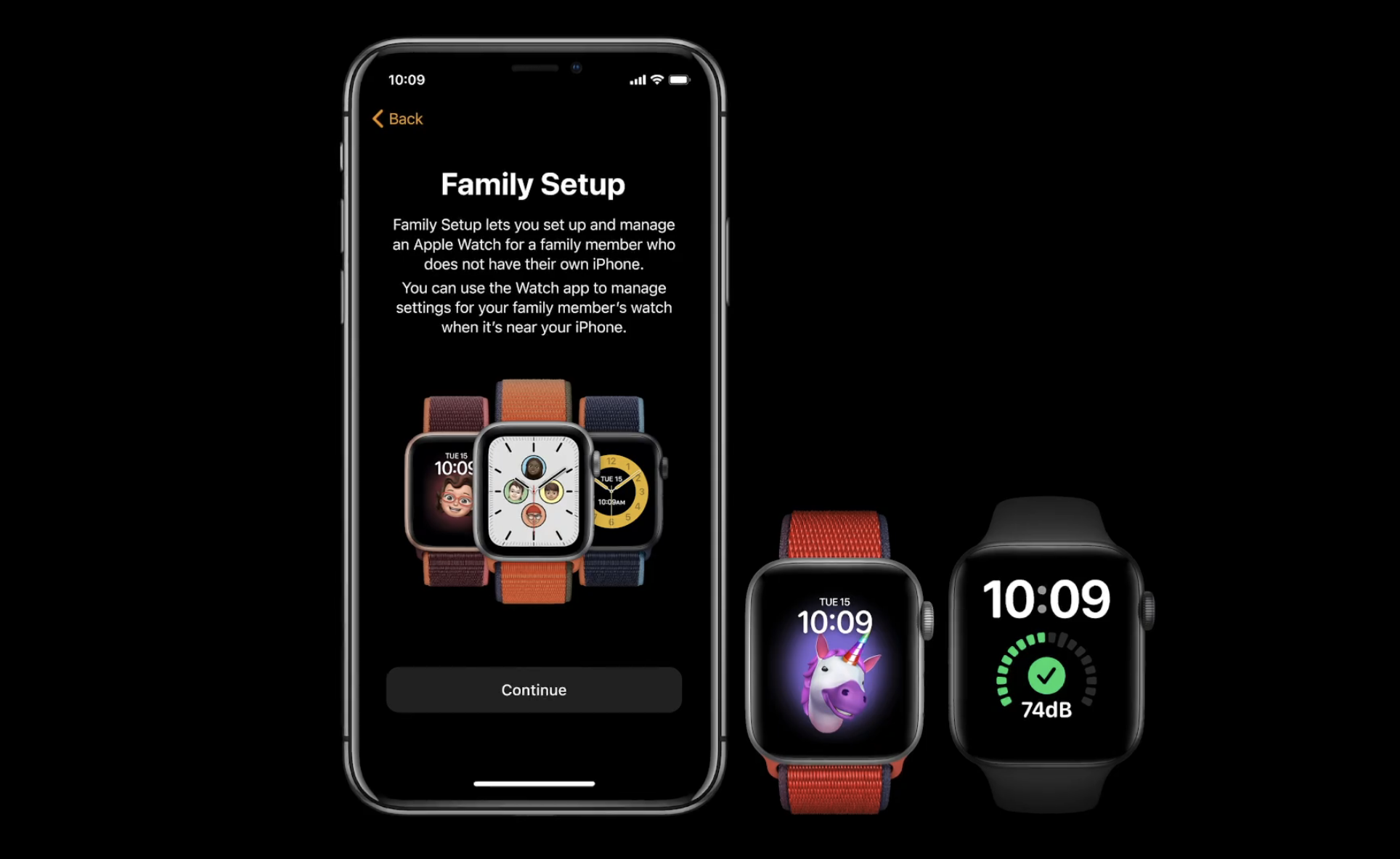 But that’s not all. The Series 6 launch includes the most affordable yet most featured watch to date. The Apple Watch SE, based on the Series 6 design, has all the basic features of the 5 and 6 for a more affordable price. It has the updated features of the 6 (like fall detection, an altimeter, GPS, Family Setup compatibility) with the Series 5 chip.

How Does the Series 6 Compare?

The Apple Watch Series 3 ($199) was Apple’s first smartwatch model, with fitness, heart-monitoring, and connectivity features for daily performance. Compared to the Series 3, the Apple Watch Series 5 (from $399) got upgrades like a 30% larger always-on retina display, international emergency calling, fall detection, and a built‑in compass.

The Series 5 was also had new haptic feedback and a processing chip up to two times faster than the Series 3.

The Series 6 Watch is thinner yet packed with even more features — a 2.5-times-brighter screen display when the sun is out, a built-in altimeter, new watch face modes, and the blood oxygen metric detector mentioned above.

The newest Apple watch will come in either a 40mm or 44mm case size. Like previous models, it will be water-resistant up to 50 m. Design updates include a new gold stainless steel finish, a blue case, a red case, and a new continuous solo loop band.

Canyon's latest 'bike' makes a bold claim — that it could be the next major concept in urban transportation. Read more…

Up Next: How to Choose Binoculars for Birding, Stargazing, and More