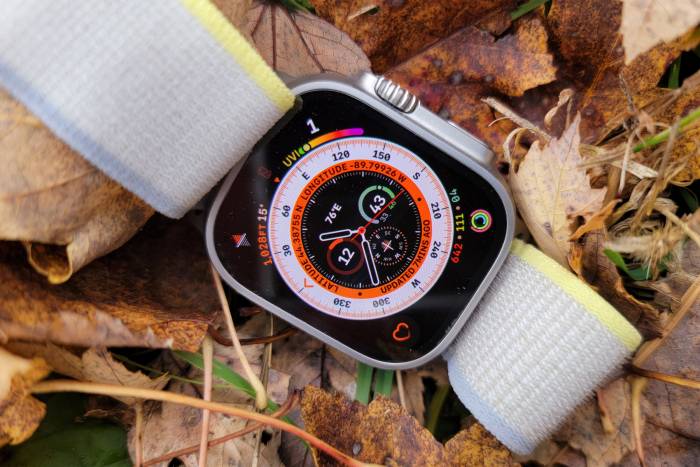 The Apple Watch Ultra comes with new features and upgrades that amount to more than a simple revision.

Say what you will about Apple — like it or not, its products have helped popularize (if not always advance) the field of wearable tech. And with its latest model, the $799 Apple Watch Ultra, the company has its sights firmly set on the outdoor and fitness markets.

Look, I’ll admit I’m a cynic. I distrust cults of personality, and Apple’s got a big one. Yet the Ultra, with its new chassis, upgraded sensors, and revised GPS looked to be more of a genuine step forward, as opposed to an obligatory yearly release.

So when the company reached out to offer a loaner for testing, I agreed. Mountains, like prejudices, are there to be overcome. And the Apple Watch Ultra, with its intrepid aspirations, took me on a hell of an adventure.

In short: The Apple Watch Ultra is a stunningly good piece of tech. Its construction, interface, and features are each geared toward adventurous users. And the extended (though still perhaps not best-in-class) battery life goes a long way toward encouraging you to get outdoors. Take it from a skeptic — the Ultra is worth the cost.

Let’s start with the elephant in the room. I’ve been Team Android since day one. I’ve never owned an iPhone, though I have an intimate knowledge of Apple’s computing products thanks to years spent with Final Cut.

And until recently, I’ve been a notorious smartwatch skeptic. All of these factors combined to make me a tough audience for the new Apple Watch, but let me throw you a spoiler: The Ultra won me over.

I don’t have enough space here to go through each and every feature of this timepiece. If you’ve owned one of Apple’s previous models, I’ll assume you’re familiar with its messaging, interface, and App Store capabilities.

So let’s dive into the unique bits that make this the most adventure-focused Apple Watch to date.

What’s New for the Ultra — And What Can It Do?

When I showed the Ultra to Apple Watch users, their first comments had to do with its size. Take a look at it next to a few other examples, such as the Casio F-91W, Timex Expedition North, and the massive Spinnaker Hass.

Yet the 49mm titanium case rides surprisingly well. Its 14.4mm depth and 61.3g weight felt almost natural on the Trail Loop, a band made from thin and comfortable nylon.

An Alpine Loop and Ocean Band are also available, and the maker states that the Ultra is compatible with other 44mm and 45mm bands designed to fit an Apple Watch.

The case is topped by is sapphire crystal, with an always-on retina display, good for up to 2,000 nits. The face itself is highly customizable, but the default analog/compass mode is so functional and clean that, other than swapping out a widget or two, I kept its settings default.

There’s also a night mode, which proved to be both unobtrusive and eminently readable.

Let’s get to some of the internal components, starting with the battery. The Ultra is rated for 36 hours of normal use, with a stretch span of 60 hours on low power settings.

Users who leave their iPhones at home can expect up to 18 hours of LTE charge, and marathoners can squeeze up to 12 hours from the battery when using the Outdoor Run workout program.

These tallies may be high for Apple, but they’re significantly lower than some of the totals featured in our guide to the best fitness watches. But for what it’s worth, my tester went from 10% to 100% in significantly less than an hour.

Tired of the specs yet? Too bad, we’re not even close to done. Let me hit you with a few of the workout/outdoor highlights.

The watch has a large, customizable Action Button, a built-in depth gauge and water temperature sensor, health monitoring, crash detection, and an upgraded GPS (with Compass Waypoints and Automatic Track Detection if it senses you running in circles).

Apple has also included a new Backtrack Mode, which uses “GPS data to create a path of where you’ve been — and becomes available automatically if you’re off the grid away from any Wi-Fi sources or known locations. So you can easily retrace your steps to a previous location, or all the way back down the mountain.”

And if you still find yourself stuck, there’s an 86dB siren with a piercing and “unique sound pattern designed to attract attention to your location up to 600 feet or 180 m away.”

Seriously, I could go on. The amount of thought and tech packed into this watch is mind-boggling. But you know what I found most impressive? The fact that, at least over its 12 days of testing, all of these features seemed to work — effortlessly, without issue, and despite the challenges I threw at it.

I’ll admit, I’ve done some weird things to my gear. But I don’t think of myself as a particularly abusive user. Think of it this way: When a maker says, “My product can perform X task under Y conditions,” I want to be sure the statement is legit. That’s just due diligence, right?

And Apple’s claims are fairly impressive. According to its press material, the Ultra has been “tested to the relevant specs of MIL-STD 810H, a certification for military equipment, and also a popular certification to claim among rugged equipment manufacturers. Tests include altitude, high temperature, low temperature, temperature shock, immersion, freeze with thaw, ice and freezing rain, and shock and vibration.”

Ice and freezing rain, you say? Just such a storm happened to pass through one night during the Ultra’s stay. I left the watch hanging on the porch, exposed to the elements from sunset to sunrise. Come the morning, the watch showed no ill effects.

So into the freezer it went! After 2 hours amongst the ice cream and frozen leftovers, I opened the door to find it happily ticking away.

“Shock and vibration” are a little harder to test with a loaner. I resisted the urge to smack it with a trekking pole or add it to a load in the dryer.

What the watch did endure (beyond accidental impacts with tables and door frames) was a drop from a second-story balcony.

Onto the grass, folks, not the pavement. And again, the watch showed zero negative effects.

After all this, I decided that the Ultra deserved a break. But if a day at the beach wasn’t exactly in the cards, what about a trip to the deep end of the YMCA pool? No problem.

After all these positives, my biggest gripe with the Ultra is this: It requires an iPhone for use.

The iPhone 14 Apple included for setup was very nice, but I’m still not ready to switch.

The Apple Watch Ultra, however, makes the thought incredibly tempting. And if you’re already running with the MacBook crowd, this is arguably the best all-around adventure watch I’ve seen.

There’s a ridiculous wealth of features here, and the new Action Button, boosted GPS, and water-centric upgrades come together to create something that’s head and shoulders above the sum of its titanium, silicone, and sapphire parts.

The Apple Watch Ultra costs $799. And to my utter astonishment, it’s worth every penny.