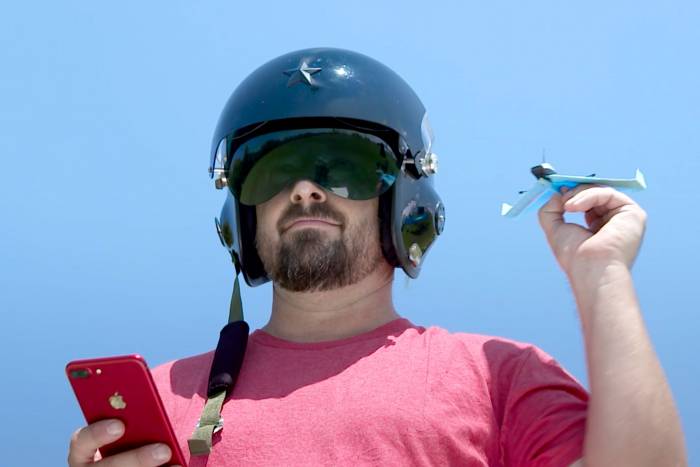 At long last, the final holdout from the digital revolution has caved. You can now pilot your paper airplane to barrel rolls and tricks with your phone.

The world’s first toy (besides the rock and dandelion fluff) just soared into the 21st century. Live now on Kickstarter, the Powerup Dart attaches to your paper airplane and, through an app on your phone, does flips, turns, and jets up to 25 mph.

While it appears unlikely to garner the FAA’s attention, it’s sure to draw scrutiny from middle-school teachers and buzzkills. But that doesn’t matter, because now you can Chuck Yeager the Sunday comics like a pro.

Here’s a gif that shows it doing exactly what you hoped it would:

Here’s how it works: Origami your own Spruce Goose. Anything works—use your imagination. The brand also includes templates that excel at certain tricks. 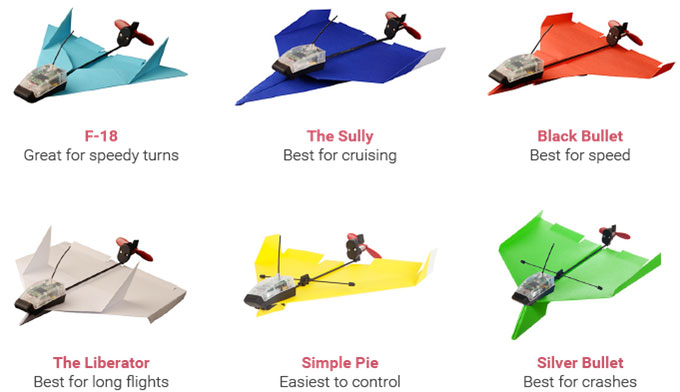 Then, slide on the carbon fiber and nylon frame along the airplane’s body. Finally, download the Powerup app, link it to your plane, and go nuts!

Powerup advertises eight Maverick-level aerial maneuvers the Dart can do.

There’s a rear-facing propeller that provides thrust. And just behind it is a movable fin that follows the physical movement of your phone, so it acts like a joystick. As you track your phone, the fin alters the movement of air across the plane’s body, altering its flight.

Next to a shrink ray that lets you actually ride on a paper airplane, this is probably the last great innovation paper airplanes will ever see.

The Powerup Dart recharges with a USB, has a 200-foot range, and has an adjustable crossbar to support the plane’s structure against your totally extreme Han Solo piloting. 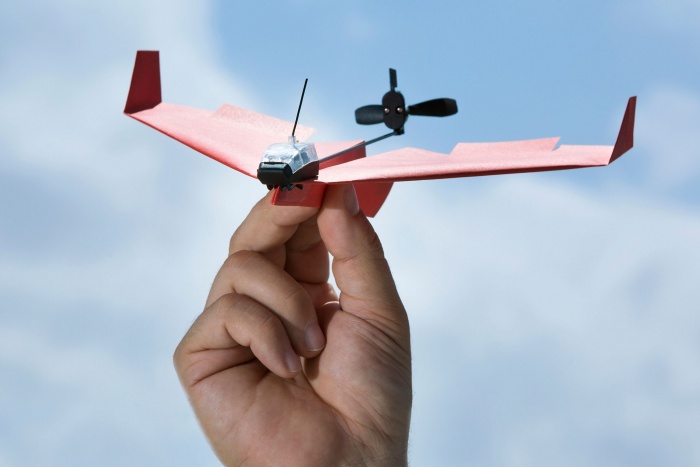 Plus, the Dart even has landing gear add-ons so you can finish your college-ruled aerial extravaganza with panache.

And for those who doubt the veracity of manned paper airplane flight, this isn’t Powerup’s first foray into loose-leaf aviation. Its previous Kickstarters made it possible to control basic flight and connect realtime flight video to paper fliers.

So put down that dandelion fluff and check out the Kickstarter. The Powerup Dart will retail for $45, but still has early-bird discounts available.