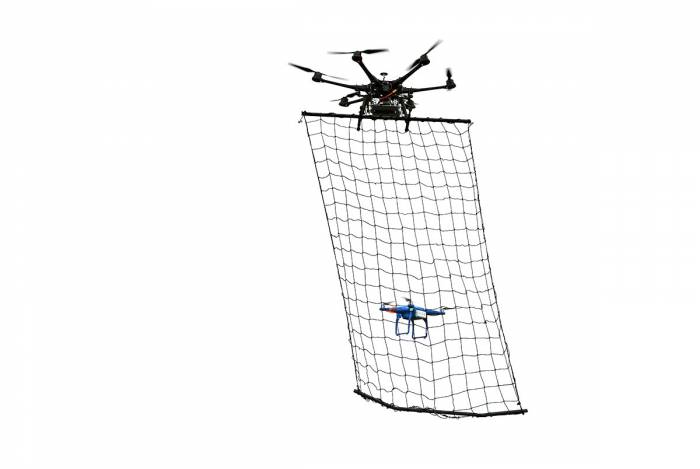 [leadin]’The only thing that stops a bad guy with a drone, is a good guy with a drone.’ Thus reports Engadget this week in its coverage of a unique law enforcement program in Japan.[/leadin] 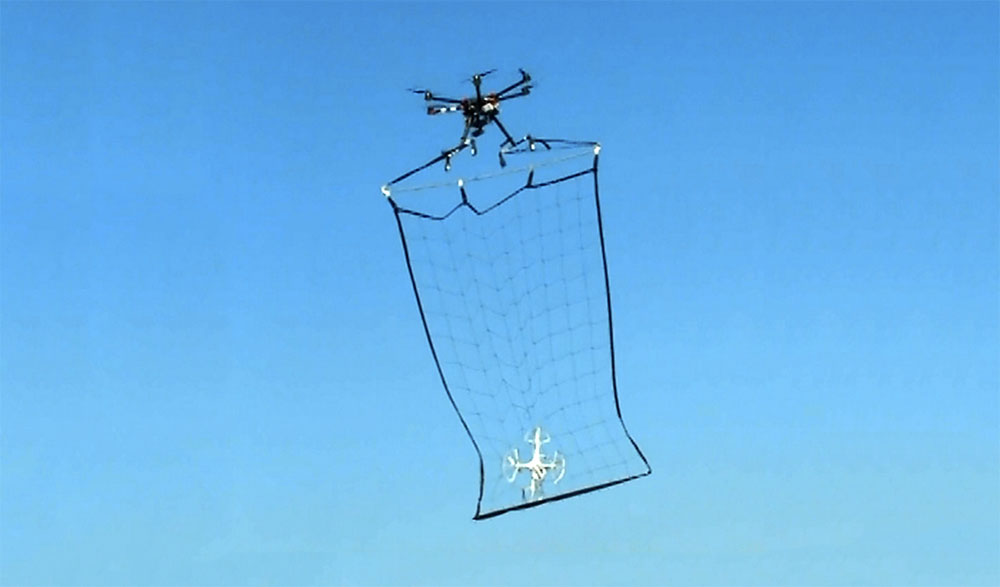 To put the kibosh on illegal drone operation, the city of Tokyo has equipped one of its police department’s flyers with a net. A controller can fly into position and scoop an offending drone from the air.

The Nikkei Asian Review and other publications reported on the program. But the issue at hand is not high camera angles and illegal filming for YouTube videos.

“Terrorist attacks using drones carrying explosives are a possibility,” a police force representative told Japanese publications. “We hope to defend the nation’s functions with the worst-case scenario in mind.”

In a video and photos, the pictured police unit appears to be a DJI Spreading Wings 900, which is popular with pro filmers in the outdoors world and beyond. It is equipped with a custom 3 x 2 meter square net, tied off to its feet and ready for literal dragnet action in the skies over Tokyo.

Up to a “full fleet of 10” drones may soon be put into operation in Japan, the articles cite. 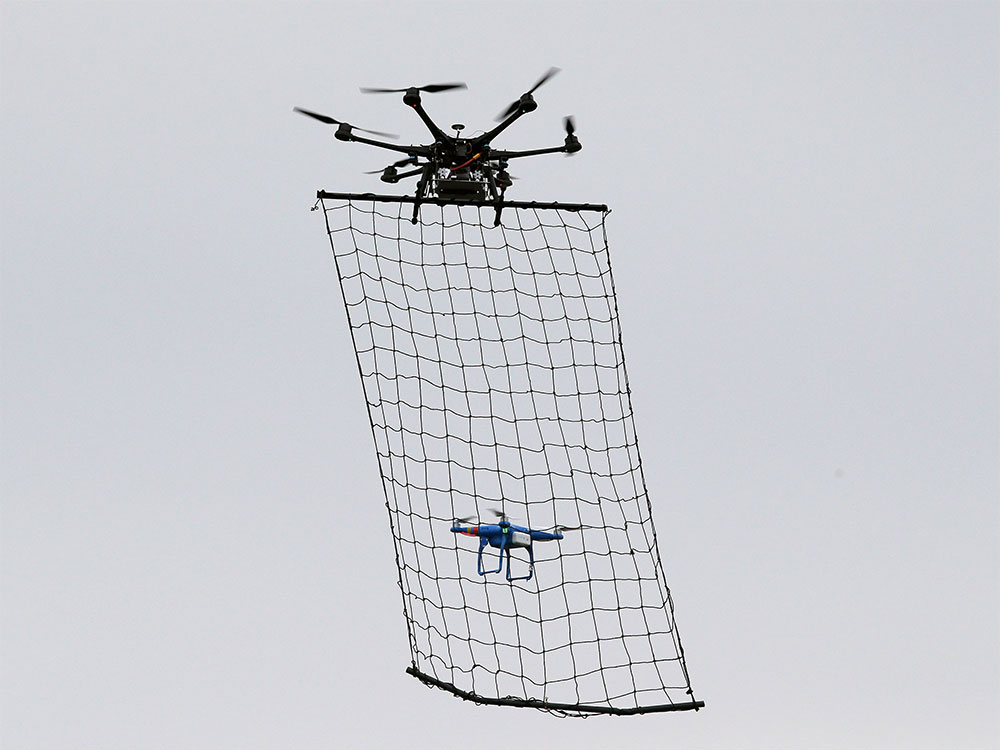