A wearable, dual-beam flashlight is brighter than car headlights and shines nearly half-a-mile 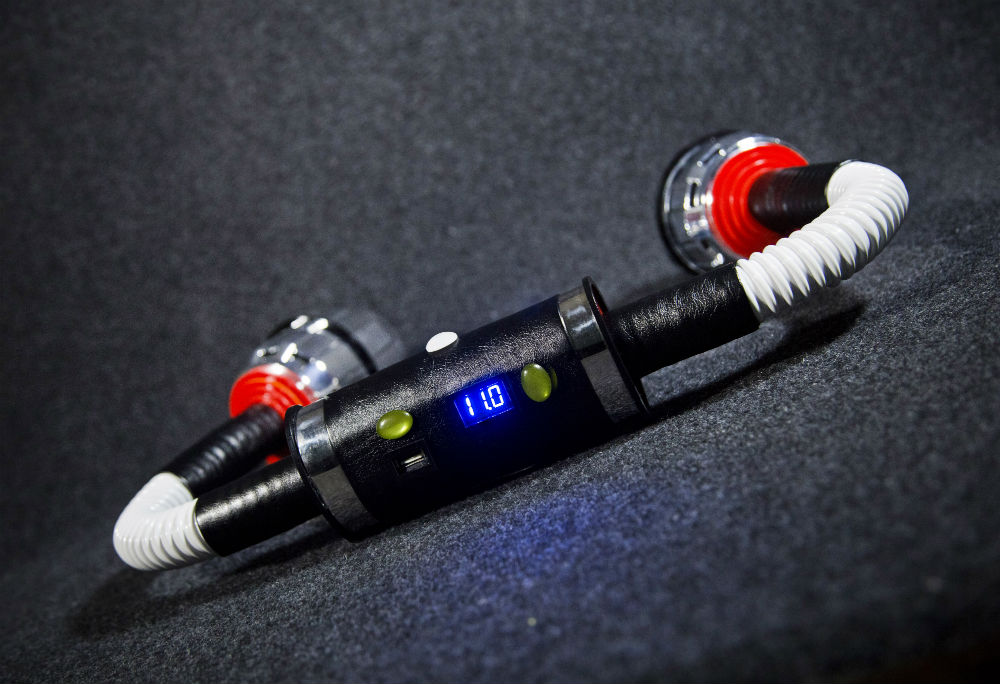 The Repulsor, which clips to a user’s pants or belt and can be formed to face any direction, promises to be “more powerful than any other serially manufactured flashlight” of the same size, while making use of the same Xenon bulb technology as ordinary (and plenty bright) headlights.

According to the company, the secret is the internal reflectors that help to form such a strong beam of light. It also assured us that the extraordinarily bright lights mounted on your pants will not become exceedingly hot.

Most camping torches worth their weight blast 250, maybe 400 or 1,000 lumens on the high end. If Repulsor’s claims of 8,000 lumens are true, it could have major implications for search and rescue or other operations where hugely powerful, long reaching lights are needed.

So why is the brand marketing to bicyclists and hikers? 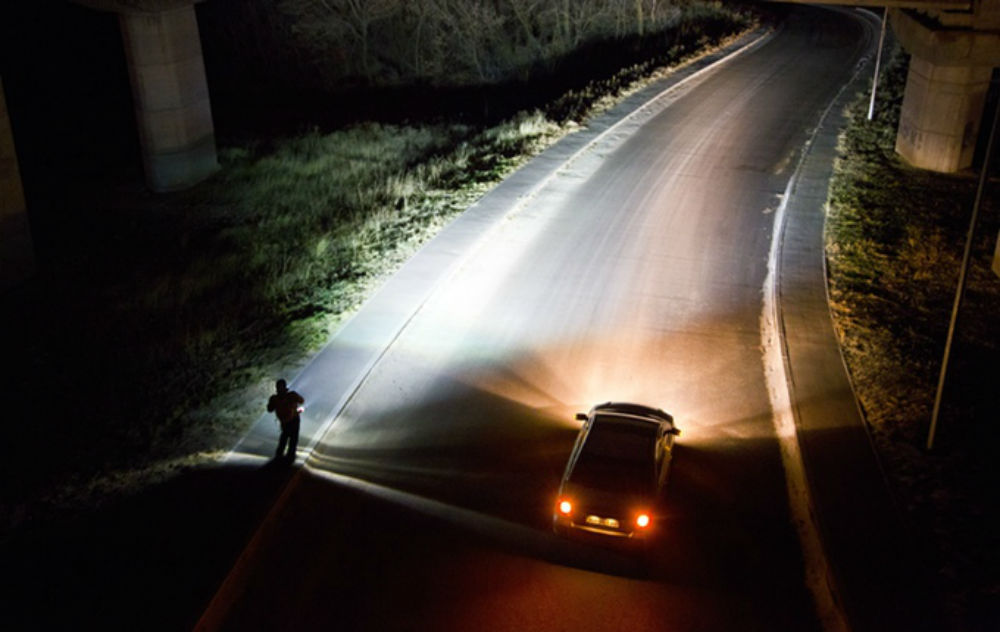 Repulsor’s Kickstarter page shows the device clipped to a bicycle (included hardware) as it sets fire to unlit streets and being worn by some guy wandering around at night with his own little supernova. Only at the bottom of the page is a rescue worker shown modeling the waist-mounted spotlight.

While the Repulsor does have both high and low settings, this only refers to the positioning of the beam and the distance it will travel, not its luminosity.

The company acknowledged to us that the immense brightness could be an issue:

“A less powerful mode is needed to avoid flashing in the eyes of people going towards you. This is xenon’s specific feature – it produces strong light, but does not vary in brightness and it’s a drawback.”

Overkill! Check out this 90,000 Lumen Flashlight

To us, this is a pretty big drawback. For normal hiking use, 100 lumens is more than enough. For cycling, we consider a 1,600 lumen Fenix BC30R to be a beast (but awesome).

8,000 lumens? There are very few non-emergency circumstances where that much power is needed. A much longer battery life would be preferable, but apparently that’s not an option.

Available with either 90- or 115-minute battery life, The Repulsor is rechargeable and has a micro-USB port for charging a peripheral. It sells for just over $200 and its Kickstarter has been fully funded. You might see one on a street near you soon. Be careful out there.

Up Next: See The Unfiltered Everest Via Snapchat