More than 50 years after its introduction, Seiko has stunned the watch world with an update of its venerable 5 Series. This overhaul represents a significant upgrade of an activewear icon that debuted all the way back in 1963.

Per a company press release, the number 5 in the watch line’s name was chosen to signify the five key attributes of each timepiece: “an automatic movement, a day-date display at the 3 o’clock position, water resistance, a recessed crown at the four o’clock position, and a case and bracelet built for durability.”

Although there have been changes over the years, Seiko’s basic recipe has remained the same since James Bond (another watch icon) debuted on American screens.

Let’s take a look at the latest generation of Seiko 5s, set to hit retailers in October. 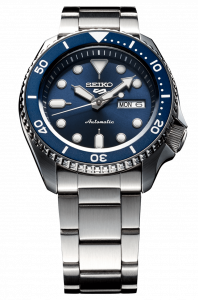 First impressions matter, and Seiko nailed it here. The lineup has “no fewer than 27 different executions, each in one of five styles: Sports, Suits, Specialist, Street, and Sense. All have new dials with three-dimensional hour markers, and the collection embraces a wide range of straps and bracelets from steel mesh to silicone/leather hybrids.”

In other words, there’s something for just about any urban or outdoor pursuit. Except perhaps scuba diving, but we’ll get to that in a minute. First, let’s go back to the basic design.

Notice anything familiar about the case? If you squint, you’d swear you were looking at the latest model of one of Seiko’s other icons, the SKX. That particular model has been a darling of the mechanical world since its release in 1996.

But I’m getting ahead of myself. Let’s move on to the specs.

With a diameter of 42.5 mm and a lug-to-lug span of 46 mm, the 5’s new footprint is identical to that of the SKX. The brand admits this readily, stating that its new design “is based on one of Seiko’s most loved sports watches … Every creation in the new collection shares an updated version of this celebrated case and all have the same arrow-shaped minute hands, distinctive hour markers, and one-way rotating bezel.”

But there are a few differences worth highlighting. 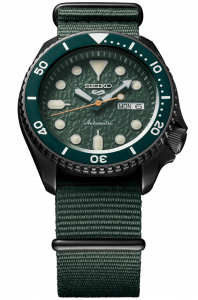 Let’s start with the good news. While both the SKX and the previous 5 Sports models lacked the ability to hack (i.e., stop the second hand while setting the watch), the updated 24-jewel Caliber 4R36 automatic movement enables users to halt the sweeping second hand, allowing for precise time-setting. This has been a shortfall since Kennedy closed Cuba, and I’m happy to see it rectified here. Also added is the ability to hand-wind the 41-hour power reserve, in addition to the charge you get from the automatic’s weighted rotor.

But for these two steps forward, there is an unfortunate step back. While the SKX was lauded for its 20m (20-bar) depth rating, the new 5 Sports are slated for 100 m (10 bars). Most of this can be attributed to the deletion of the screwdown crown. This still makes it a viable option for activities such as swimming and snorkeling, but it takes away one of the more endearing features of its predecessor.

Many of the other components remain the same. All watches come with Seiko’s proprietary Hardlex crystal, a stainless steel case, and its standard accuracy rating of +45 to -35 seconds per day. Fortunately, most users of the Caliber 4R36 report a much gentler timing variance. 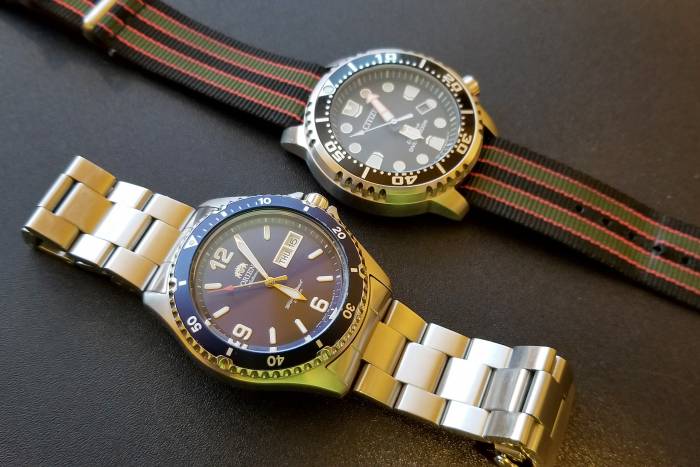 On the surface, this seems like a compelling lineup. But let’s take a moment to consider the value proposition. The current Seiko 5 entry-level model (the SNK809) retails for around $75. The venerable SKX lineup (which this group is clearly aimed at replacing) runs between $220 and $250. So, where does that leave the price target on the next-gen lineup? While official U.S. pricing has yet to be released, conversion from euros paints a retail range of $300 to $380.

Now, I’m sure prices will drop lower following the initial release. But here’s my hangup: The basic solar quartz Citizen Promaster Diver can be had for less than $200. Orient’s Ray and Mako divers (a Seiko sister brand) also come in around $160, complete with hacking and hand-winding mechanical movements. And all these alternatives have 200 m of water resistance. That’s some pretty stiff competition from fellow Japanese makers.

Final Thoughts on the Seiko 5

Look, I think these are very attractive watches. It’s a neat development for a label that began its catalog in the same year as the Beatles. And, truth be told, I’ll take the 50-percent cut in water resistance in favor of a movement that allows me to zero out the second hand. No recreational divers will ever come close to the 100m depth rating, so anything beyond that is somewhat moot.

But I’m also not a fan of paying more for less. For the new Seiko 5s to be a worth the price of entry, they’ll need to come through with strong designs, solid accuracy, and outstanding fit and finish. The eye-popping diversity of the lineup shows me that they’re partway there.

Alright, Seiko. You’ve got my attention. In the words of the Fab Five, “Please please me.”