The SPOT X device hit the market in 2018 to mixed reviews. It initially had a few bugs that developers worked out for the most part. I used it to pretty good success in very remote areas of Colorado. While off the grid, I sent messages to friends and family and received replies. A few didn’t go through, but communication was mostly successful.

However, typing on the tiny keyboard that resembles an old Blackberry is not super easy, especially with cold fingers or gloved hands. I found myself typing very short, terse messages just to get done with the process.

Now, SPOT gives users an alternative to the tiny keyboard. The latest versions of the SPOT X are Bluetooth-compatible. They will connect with your smartphone, which lets you send satellite messages through the SPOT app.

SPOT just announced the new functionality yesterday, and we haven’t had the chance to try it. But if it indeed does work smoothly, it will be a nice upgrade compared to the QWERTY keyboard. Worth noting: The QWERTY keyboard will remain on the new SPOT X, giving users two ways to type messages.

But as many people do carry their cellphones off the grid for many reasons (camera, GPS navigation, and more), this is an easy win in terms of typing. 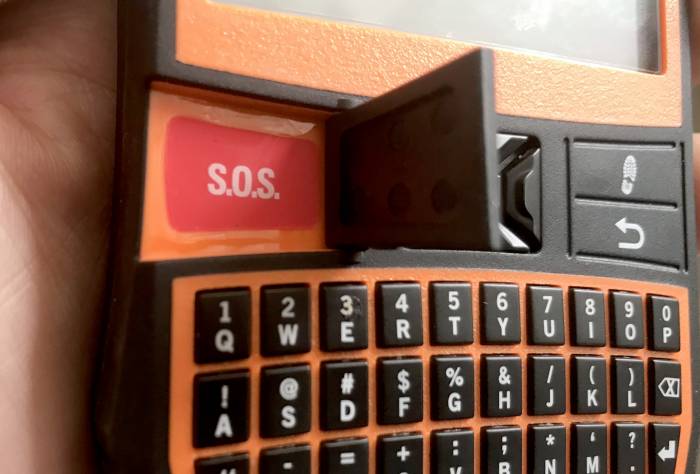 A few nuts and bolts about the system: SPOT X has its own dedicated U.S. mobile number. That means others can message you directly. It has unlimited use of 14 pre-programmed messages and the ability to access your contacts in its app. This makes it pretty easy to communicate with others or directly with search-and-rescue services in a life-threatening situation.

It has an SOS button that alerts first responders directly with the user’s location. Search-and-rescue personnel can then communicate with the device for additional information.

The SPOT X works on a subscription service. It costs $250 with month-to-month Flexi plans, and annual service plans start at $12 per month.

Up Next: Leatherman Releases Charge+ G10 Tool With Premium Materials