Touted as a “low-cost underwater robot,” the Trident jets in straight lines, banks, and dives. It records video along the way, all transmitted to the surface via a tether cable. 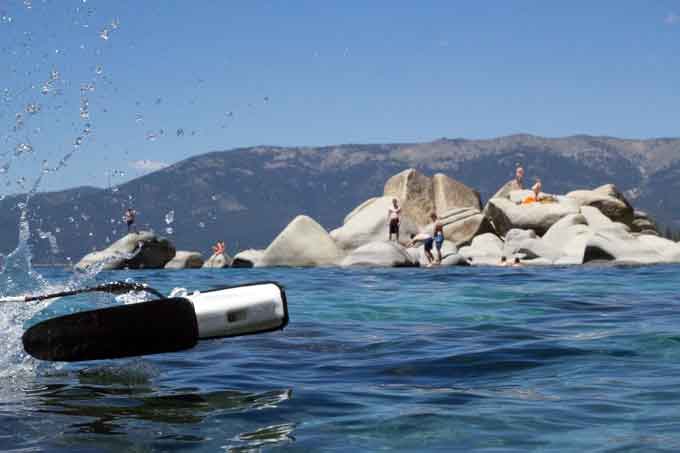 The original prototype of this unit was made to explore a cave in Northern California with rumors of lost treasure.

That was about three years ago, and though the treasure was never found the company has now shipped thousands of its original “underwater drones” to customers around the world.

The new version, the Trident, has better control and updated software, among other new features. It costs $599 for the base model. 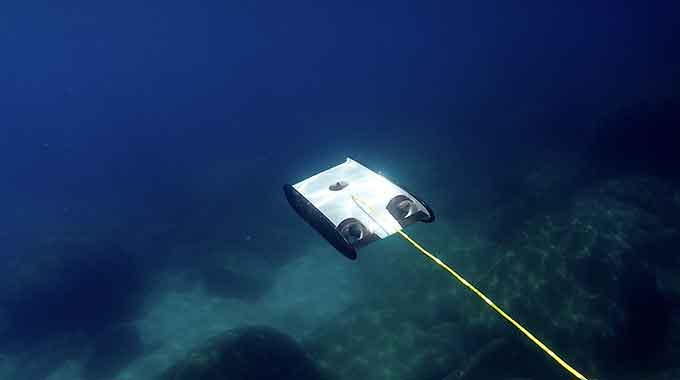 The company markets the unit as able to “fly” underwater. It can travel at 2 meters per second, or it can be controlled to slow down, stop, and record.

The tether is 82 feet long on the base unit. (Longer tethers available.) Because radio waves do not travel well through water, the company built the cable to transmit data.

You control the Trident from the surface, and all video imagery and photos are sent through the tether in addition to commands from the pilot.

A tablet or notebook computer, or even a virtual-reality headset like the Oculus Rift (image below), is the control interface. 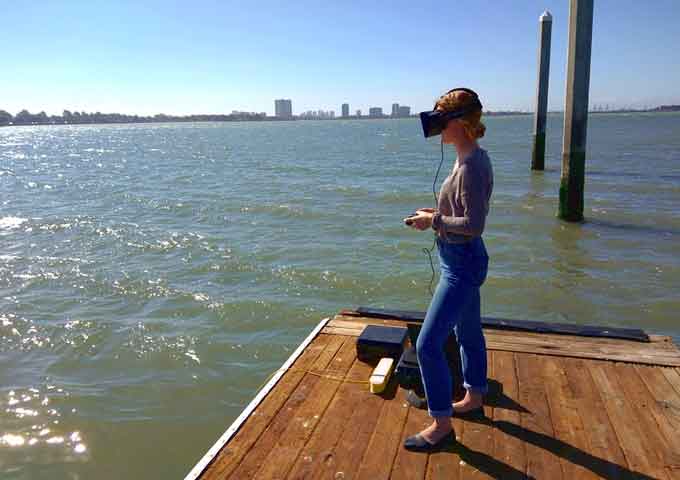 It can run for about 3 hours between recharges. Search for sunken treasure, scout dive spots, or simply get footage of a reef or underwater canyon off shore.

The Trident looks like one fun toy, and it’s an upgraded tool for anyone looking to explore the underwater world and document the deep. 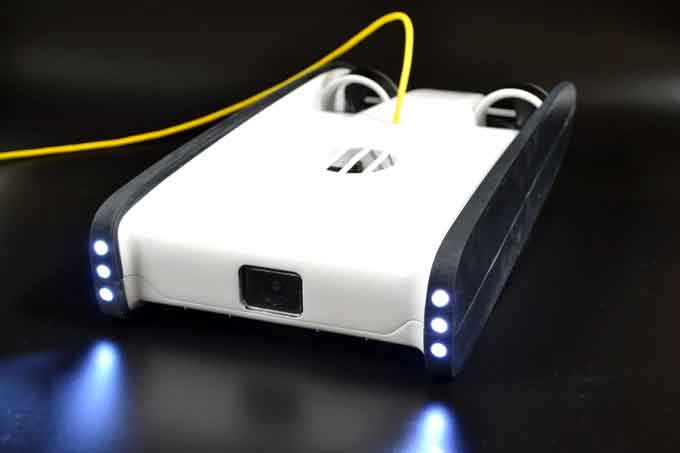 Up Next: Behind The Scenes: Surfing Of ‘Point Break’ Remake