The Victorinox I.N.O.X. is a tough watch that will dress up for any occasion. We thrashed it (and froze it) to see how it handles the rigors of adventure for this review.

What does the average person look for in a watch? Generally, they’re after a solid timepiece capable of withstanding the rigors of everyday life (and the occasional adventure) while maintaining a sense of style.

But I’m a crazy person with at least six watches in my collection at any given time. If I had to pick just one for work and wilderness alike, which would I choose? 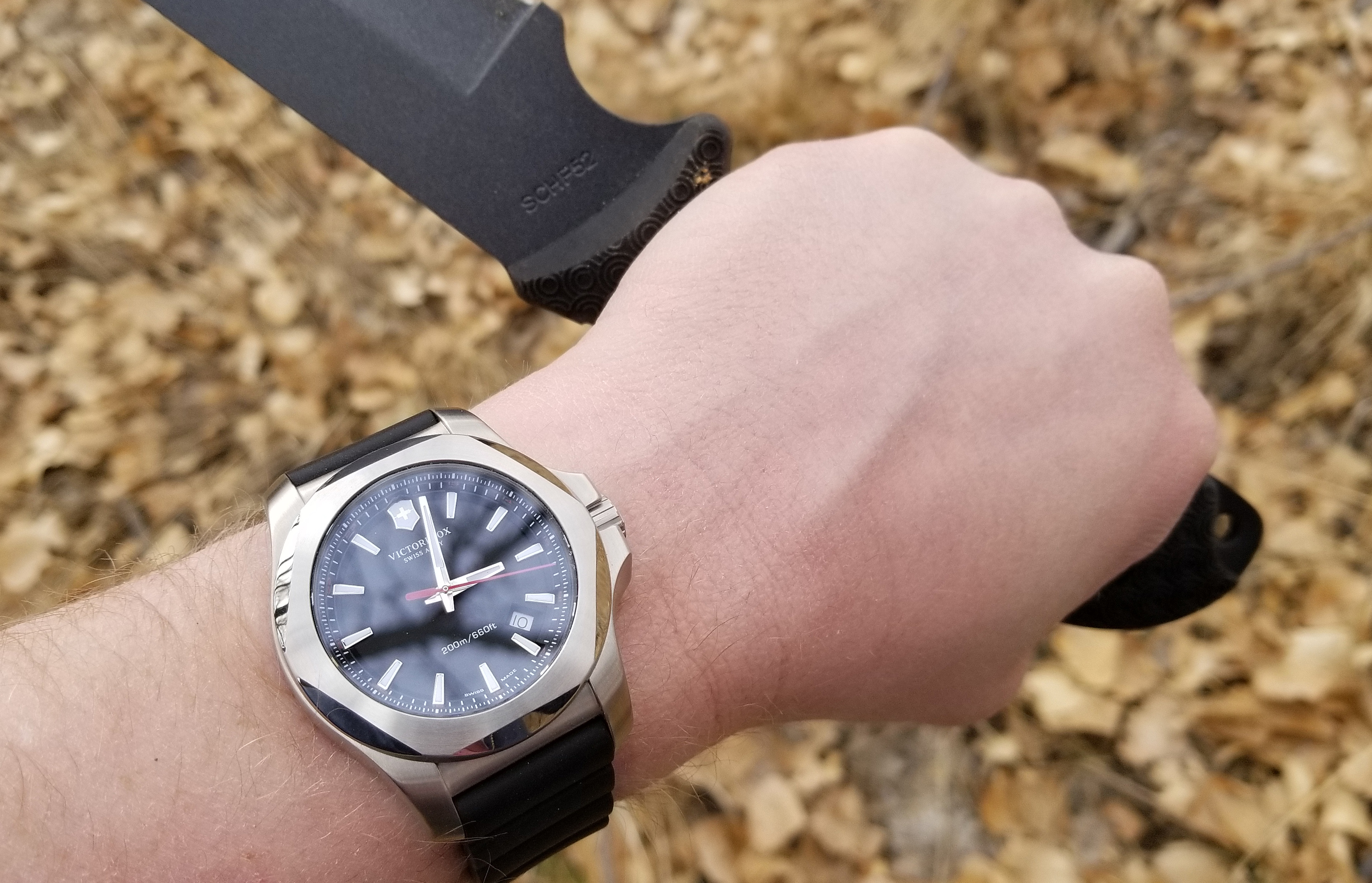 That question led me to the Victorinox I.N.O.X. ($495 retail, $240 at Amazon), a storied timepiece known for its unbreakable go-anywhere design. I spent a whole week with this watch, forsaking all others, in a search for the horological “happily ever after.”

In short: The I.N.O.X. by Victorinox carries a hefty sticker price, though you can find it much cheaper online if you look. Its durability, readability from any angle, scratch resistance, and classy styling mostly outweigh minor imperfections in detail and less-than-stellar nighttime luminosity.

Victorinox I.N.O.X. at a Glance

Here’s what my $240 netted on Amazon: 4.7 ounces of “high-grade stainless steel,” measuring 43 millimeters in diameter and 14 millimeters in thickness. Water-resistance clocks in at 200 meters thanks to its prominent screw-down crown. The case and movement are also rated to withstand 10 meters of drop distance and 8 tons of pressure, per the company’s testing. 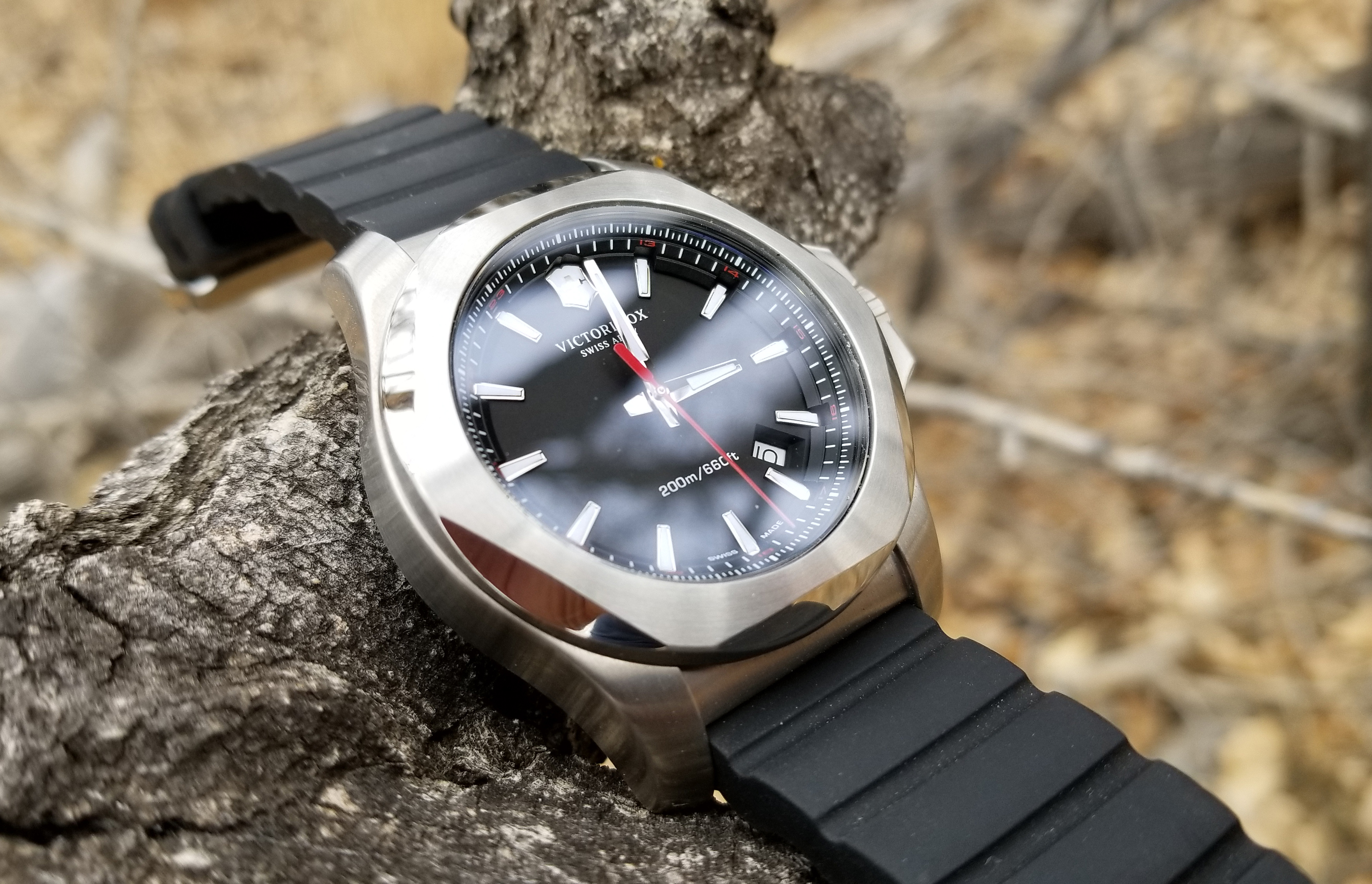 The centerpiece of this design is its crystal, made of “scratch-resistant, triple-coated anti-reflective sapphire.” Like the ad says, this material is known for its resilience and clarity.

The indices are wonderfully applied, with the matching hour and minute hands nicely offset by the bright-red second hand. Add in the nicely polished bezel and supple rubber strap, and you’re left with a very attractive package.

What’s the first thing you do with a new watch? If you answered “freeze it in a block of ice,” then we’re on the same page. 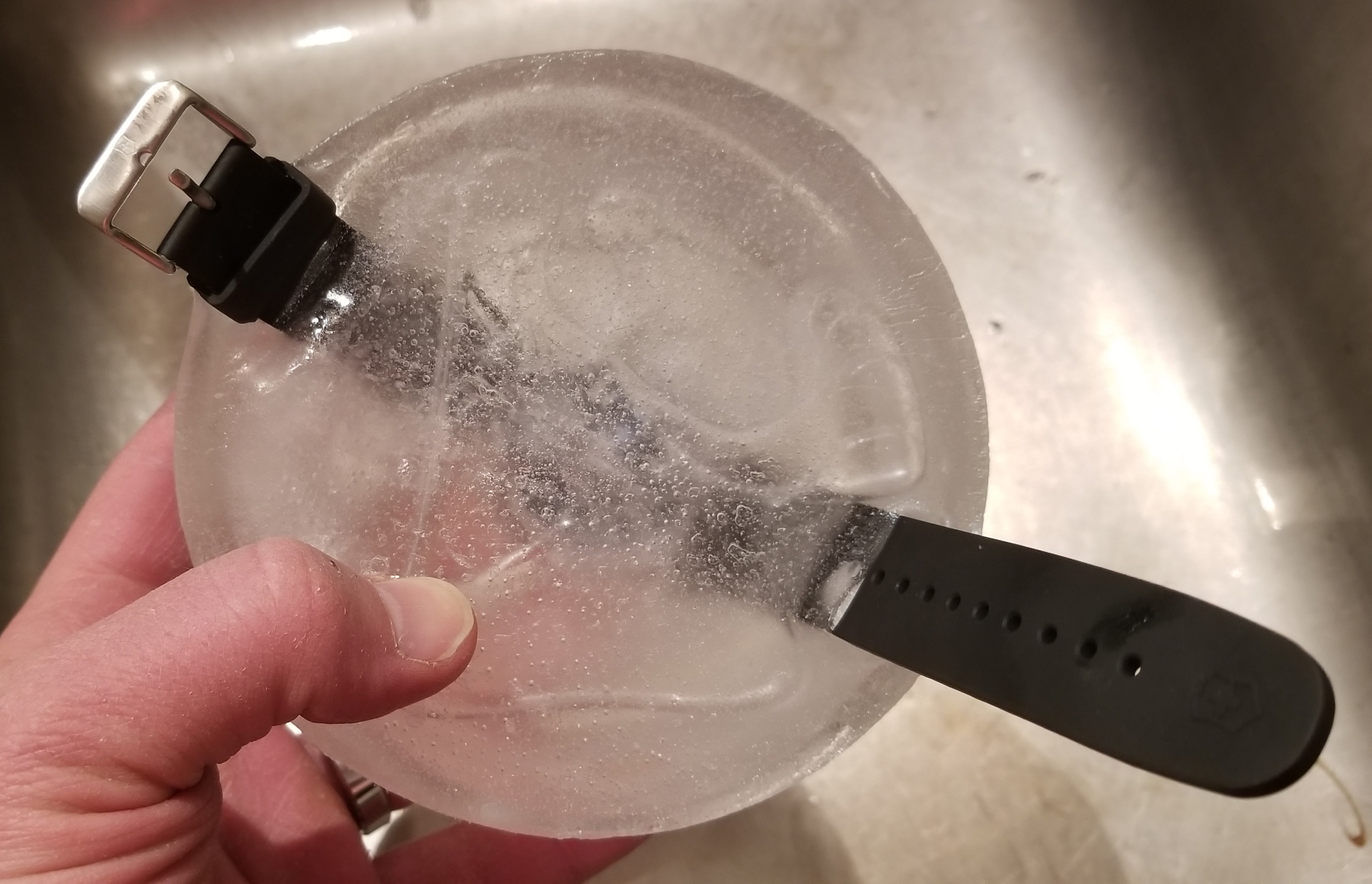 Victorinox’s own literature states that they’ve tested this design under incredible conditions, including 2 hours in a washing machine, prolonged exposure to flame, and running it over with a 64-ton tank. Since I didn’t have a Sherman parked out back, I figured this was the next best option.

According to the maker, the I.N.O.X’s operating range lies between -57 and 71 degrees Celsius. Turns out Victorinox has its money where its mouth is. After an afternoon inside an ice brick, my I.N.O.X showed no ill effects. It did lose about a half-second against atomic time, but that’s a known quantity with quartz in the cold.

Ironically, it was after this initial test that my reception turned chilly.

There are certain things I expect of a watch that costs over $100. Foremost among these nitpicks is the second hand: I want it to perfectly hit each of the little indices as it travels across the dial. Well, the I.N.O.X doesn’t. It’s close, but it misses just enough to cause me some angst.

The movement itself also has a slight stutter step, which is something I’d expect on a $40 Timex, but certainly not on a piece that retails for almost $500. (Again, this can be had for half that on Amazon or JomaShop.)

Then there’s the lume. Take a look at the shot below, showing four other watches for comparison. Keep in mind that the most expensive one is $100 less than the I.N.O.X. Our high-end friend is that comparatively dim guy in the middle. 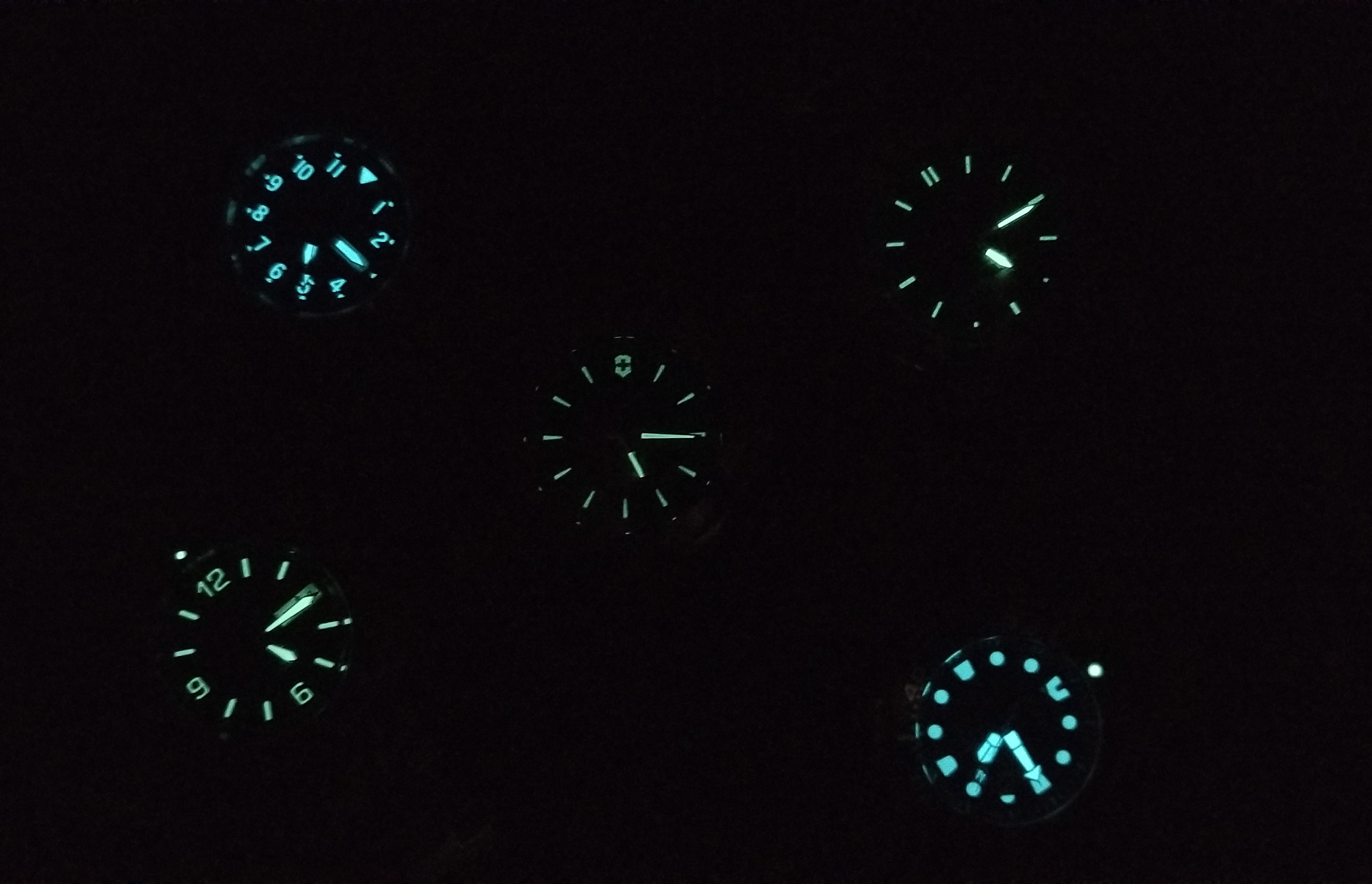 So, not great. It’ll serve through a blackout night in the wilderness, but I had difficulty reading it around my darkened house at 3:00 a.m.

As mentioned above, I wore this watch for nearly an entire week. I slept, showered, went to the gym, and hit the trail with the I.N.O.X on my wrist. And, as the days racked up, its positive aspects began to overtake my nitpicks. 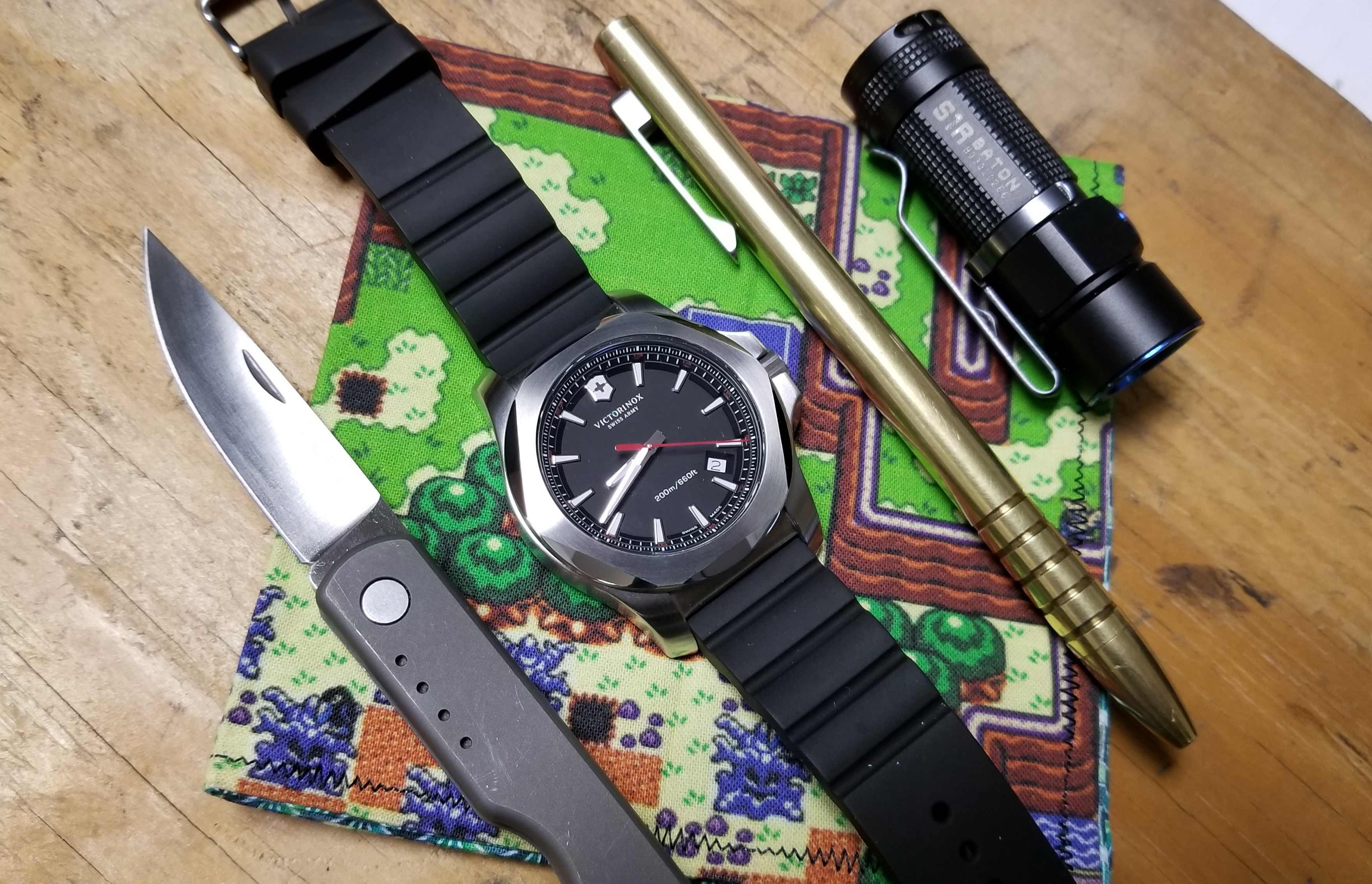 First, the band. Its soft, resilient rubber makes this the most comfortable watch strap I’ve ever used, perfect for all manner of conditions.

Then there’s the accuracy. After its trip to the freezer, I reset the watch by the atomic clock. Over its week on my wrist, it gained just a half-second’s worth of time. 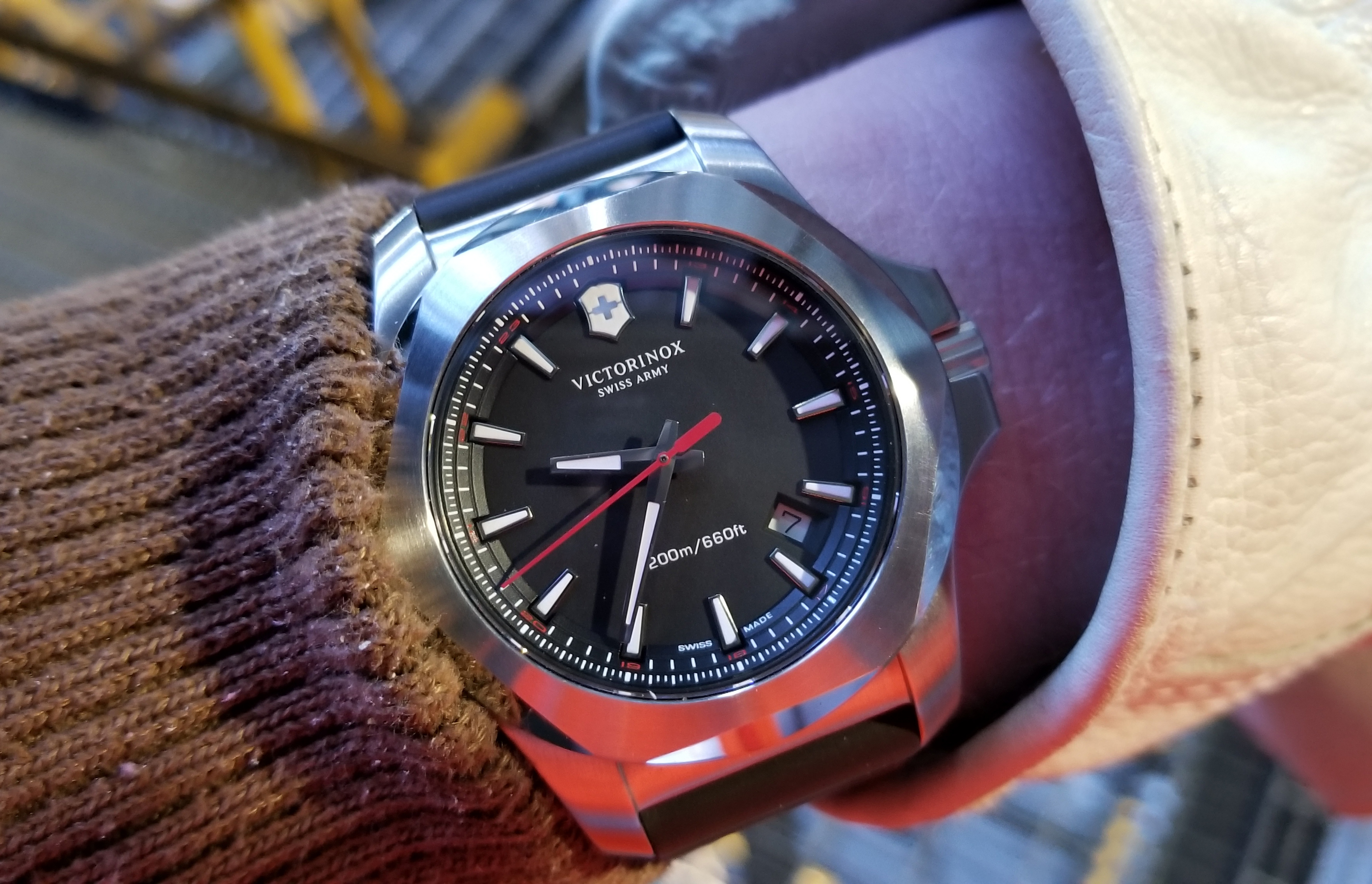 The crystal is also excellent. While I did pick up a few character scratches on the steel, the sapphire remains blemish-free. It’s also incredibly readable, allowing you to check the time from nearly any angle. This, combined with its reassuring weight on my wrist, inspired a growing sense of confidence as the week progressed.

In the end, this review has been something of a journey. Could I be happy with the I.N.O.X as my one and only watch? Yes, but that doesn’t mean it’s perfect. More and more, I feel that slapping “Swiss Made” on something is a good way to raise cost without necessarily improving on quality.

My overall experience has proven to be a good one, but the second hand’s stutter and middling lume still rankle a bit. Compared with the cheaper, solar-charged Citizen ProMaster, it feels a bit underdone. 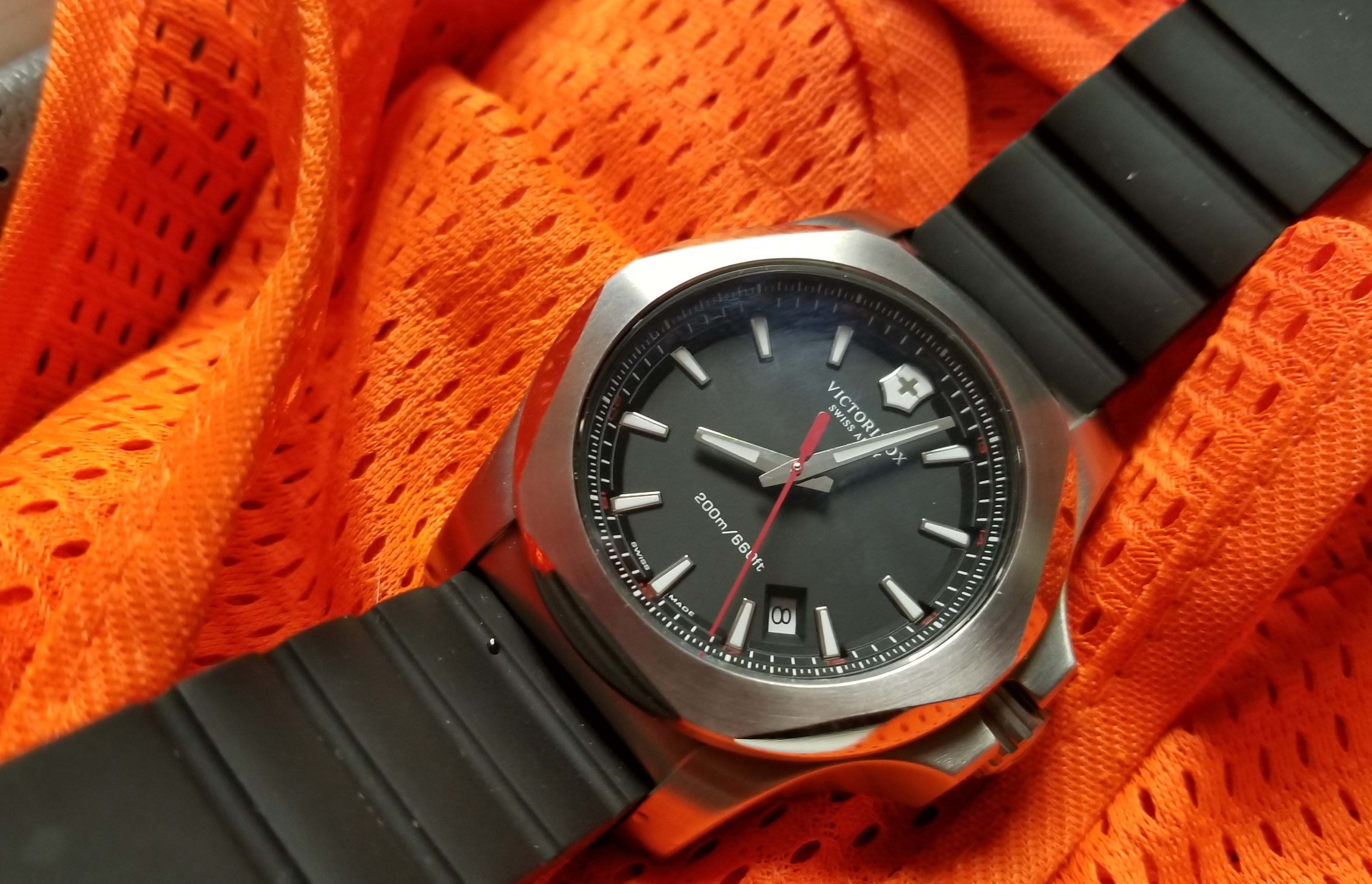 Yet, I’ve succumbed to a certain INOXication, if you will. I began the week looking forward to selling the watch once the test was complete. Now, I think it might stick around.

If you’re in the market for an ultra-tough, easy-reading timepiece with looks to match its muscle, check out the line from Victorinox. Especially if you can find one under sticker price.

Up Next: Elan Announces ‘Smart Ski’ to Track Your Turns