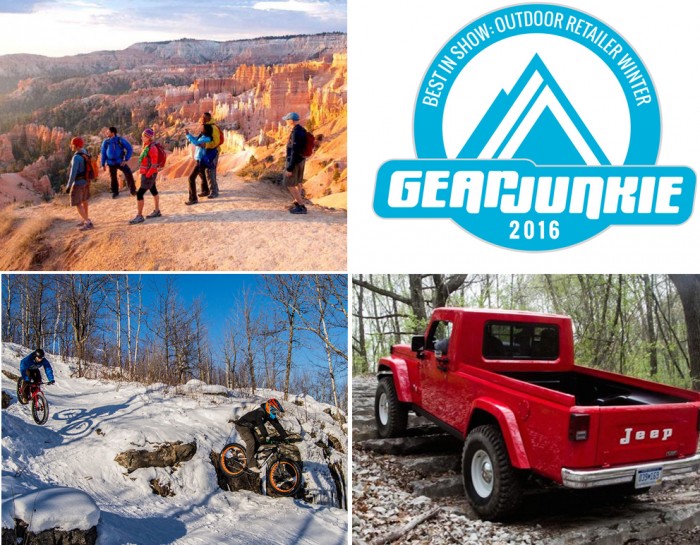 These tips and tricks will keep you upright and warm while cycling in the snow and cold of winter.

David Freeman has been wearing this next-level base layer for more than 80 days in the Boundary Waters Canoe Area.

Skiing so good it gives us goosebumps.

4) Mud: The Great Equalizer for Runners

When a relatively unknown runner defeated a reigning Olympic gold medalist earlier this month, it revealed a secret even weekend warriors can use to their advantage.

5) Need The Ultimate National Parks Guide? Get This App

The REI National Park Guide & Maps app is an amazing tool for anyone looking to explore little-visited or well-known parks within the NPS system. Grab it for free today.

A sneak peek at the gear coming to market in 2016, including new technologies and never-seen designs, all culled and seen in person by our editors on the OR show floor. 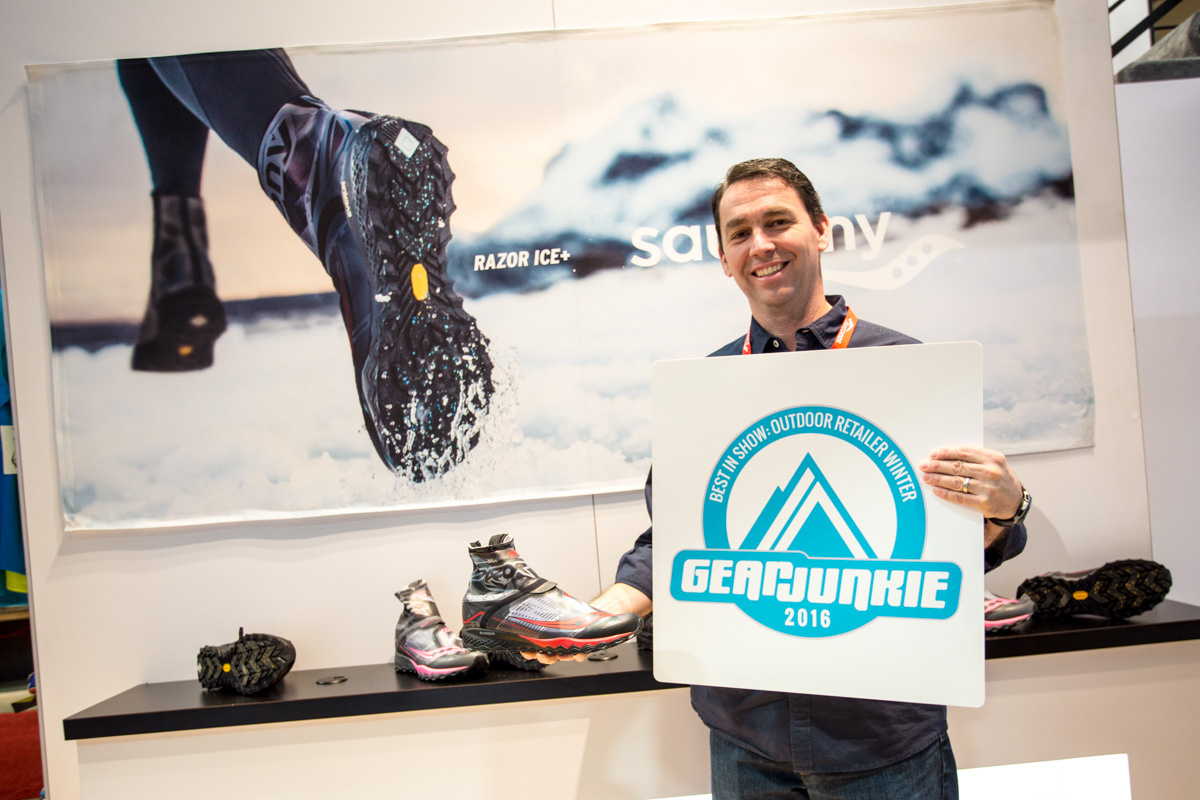 The mastermind of Mystery Ranch (and formerly Dana Designs) packs shares his story in this four minute video.

The Consumer Electronics Show is known for cutting-edge technology, but some products cross into the outdoors market. Billy Brown puts a few through the paces in this video.

A ski area in Minnesota this week opens its lifts to cyclists. It is among the first to blend fat bikes with skiers on downhill terrain.

11) How To Properly Drink Your Coffee In Norway

This could probably work in any cold, hilly location.

The Suunto Ambit3 Vertical is a GPS watch for athletes who want to run far and get to the summit fast.

Working out indoors has always been terrible, whether on a treadmill or stationary bike. A new breed of bike trainers that ‘gamify’ indoor cycling is going to change that. 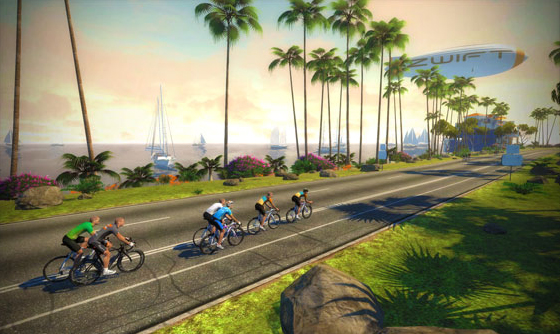 14) Passenger ‘Drones’ To Carry People Thru The Sky

The brand claims the ‘Autonomous Aerial Vehicle’ will fly itself, whisking the masses on the most glorious of commutes.

Riding with a pilot, skiers and snowboarders unclip from a motorized paraglider near the peaks of some seriously gnarly lines. Then gravity takes over.

16) Ultrarunning: ‘A Dark Place To Control The Pain’

If you are an ultra-runner, this look at the lives of husband and wife team Rob Krar and Christina Bauer will give you goosebumps.

These goggles open up for extreme ventilation and don’t fog while sweating on a strenuous uphill climb. 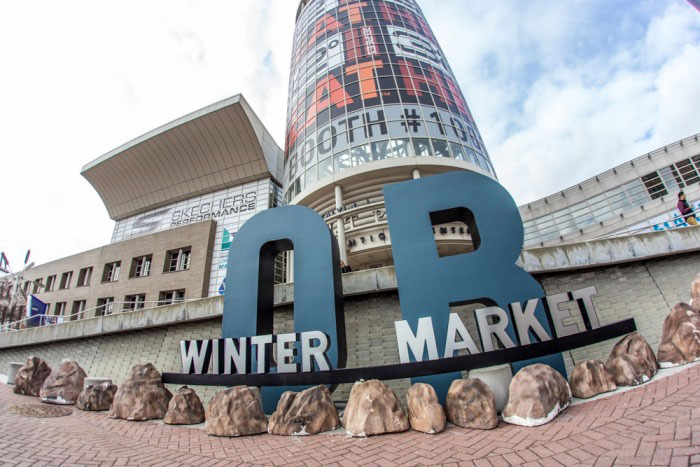 A do-all bicycle, the Unbeaten Path (U.P.) looks like a road bike but takes tires for rolling on gravel, dirt, and beyond.

The iconic Airstream camper has a high-end wool and leather interior created by Pendleton Woolen Mills.

Next-level ski boots to ‘indestructible’ socks, here you will see the most innovative new outdoors gear coming to market in 2016. This is the GearJunkie Outdoor Retailer Winter Market “Best In Show” awards.

Video captures the rugged beauty of the Andean spine of South America.

Steep slopes and fresh snow greeted the ‘Road To OR’ crew at the final stop on the tour, the All Mountain Demo event at Solitude Mountain Resort. 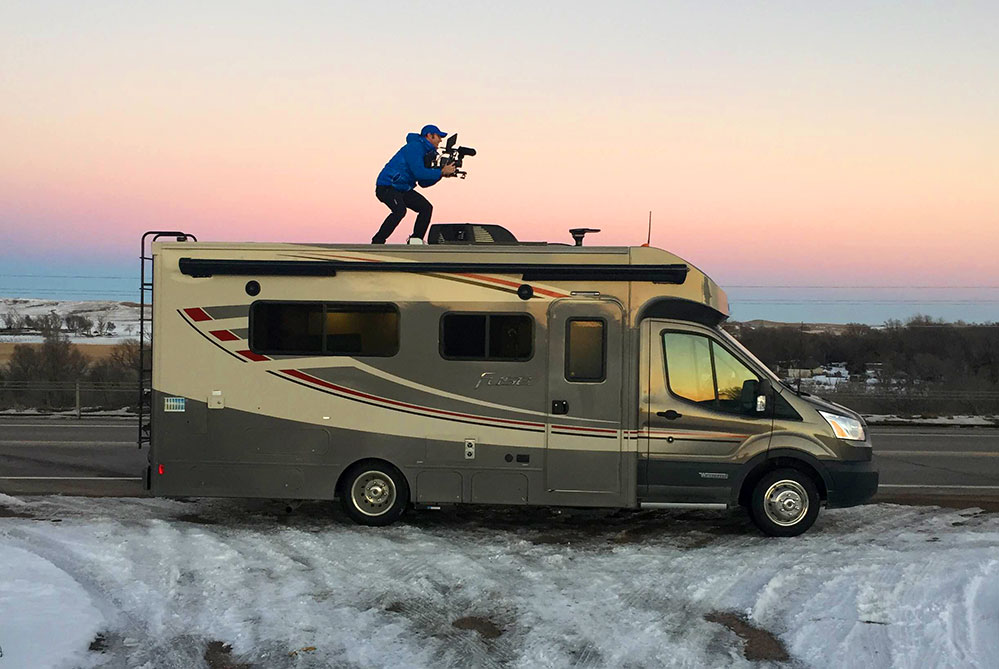 While much of the world was sleeping off a hangover, GearJunkie contributors the YogaSlackers crushed out 16 sports on New Year’s Day.

26) Mount Elbert: Colorado Highpoint On ‘Road To OR’

After two days on the road, GearJunkie heads up Colorado’s highest peak, Mount Elbert, in the heart of winter.