A new documentary reflects on 3 decades of ups, downs, and too many good times to count, as Ride Snowboards grew into one of the sport’s most prominent brands.

If you’ve been doing anything for 30 years, it’s worth celebrating. Especially when “what you’ve been doing” is making some of the most technologically innovative and performance-oriented snowboards sold by anyone on the planet.

Since they started Ride in the ski season of 1992-93, founders Roger Madison, Tim Pogue, and James Salter have been targeting extreme sports athletes with their brand.

The trio wanted their snowboards on the feet of the best snowboarders in the game. So they put together an A-team of young pro athletes to sponsor and started getting their boards out there.

It’s worked. For the first few years, the small company struggled to make enough boards to meet demand. People were hungry for Ride boards, and today, they’re one of the best-known and well-respected snowboard makers on the market.

That’s only part of the story, though. As one might imagine, there’s a lot more to the 3-decade history of this company, buried between 1992 and today — enough to make a movie about.

Enter “A Little Rough Around the Edges” from Ride Snowboards. It’s a new film from Ride looking back at all the ups and downs the brand’s had over its 30 years in business, as told by dozens of the company’s current and former employees and athletes. All of them have been and still are dedicated to the same common goal, the goal the company’s had since day one: to have a good time.

The film officially releases online December 21, 2022. But if you want to see it early, the global premiere (get your tickets now) is on November 2. 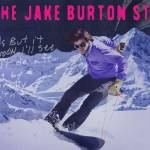