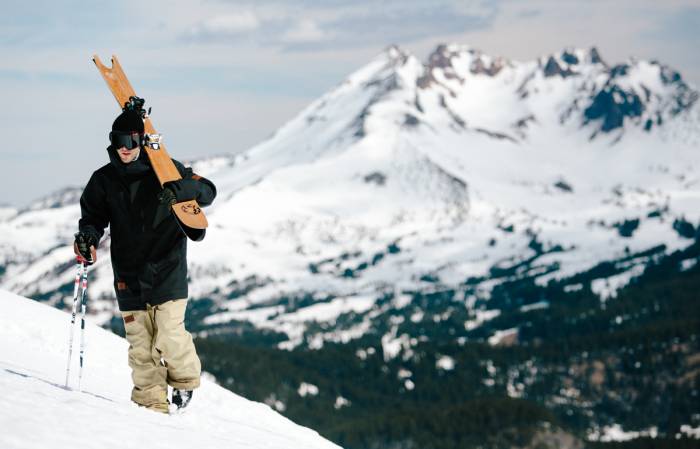 [leadin]We’re in Denver this week to cover SIA, the Snow Industries Assoc Show. The annual event is a peek at innovative products coming to market for the winter 2016-17 season.[/leadin]

All the big brands and hundreds of core companies exhibit at SIA. From fishtail skis to “fat” poles, this to-be-released equipment caught our attention after two days on the show floor. 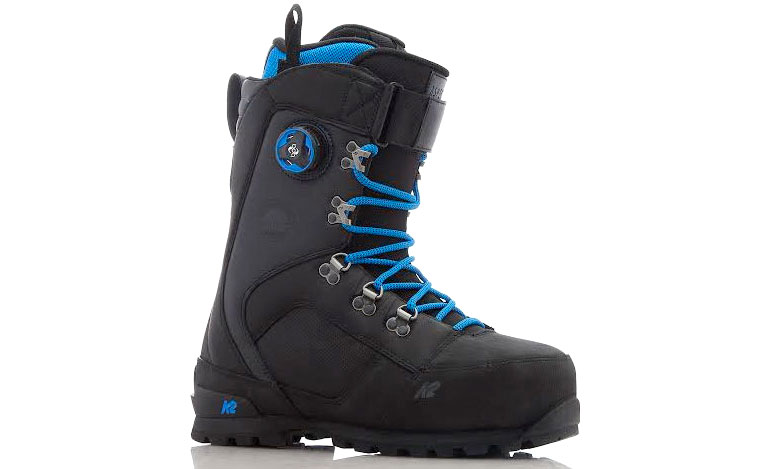 Snowboarding boots are mostly walkable, but none are designed for the long slogs and steep climbs of a mountaineering environment. Until now. The K2 Aspect snowboard boot has a Vibram sole and is crampon-compatible. Go ahead and kick steps or even climb some vertical ice — then descend on your snowboard. Opens up a lot of new alpine options.

The Line Pescado has a fishtail design common in powder snowboards but rare in skis. Designed by Eric Pollard, the 125mm underfoot powder ski releases from the snow that enhances the carvy planks.

An update to one of the best-selling skis in the world, building off the success of the Soul 7, Rossignol introduced a series of skis highlighted by the Super7 and Sky7 (above). The latter model particularly grabbed our attention as a light but powerful 98mm waist backcountry charger built with a carbon-fiber grid, poulownia wood core, and an airy tip for light swing weight.

Climbing Skins With Scales And Hair

The G3 Scala climbing skins combine scales near the tip with the plush nylon found in the brand’s well-known Alpinist skins underfoot. This gives less resistance when breaking trail in deep snow while still maintaining good grip on steep snow, the brand touts. An added bonus: The skins fold easily over the scale surface for stowage. 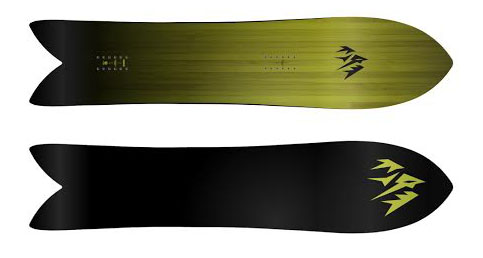 Designed by surfboard shaper Chris Christenson, the Storm Chaser from Jones Snowboards has a convex nose and a concave fishtail release for a surfy-feeling board with the touted ability to accelerate in a moment’s notice. The brand calls it an “explosively fast powder rocket” that handles speed with aplomb for a nimble, short board. Sounds fun! 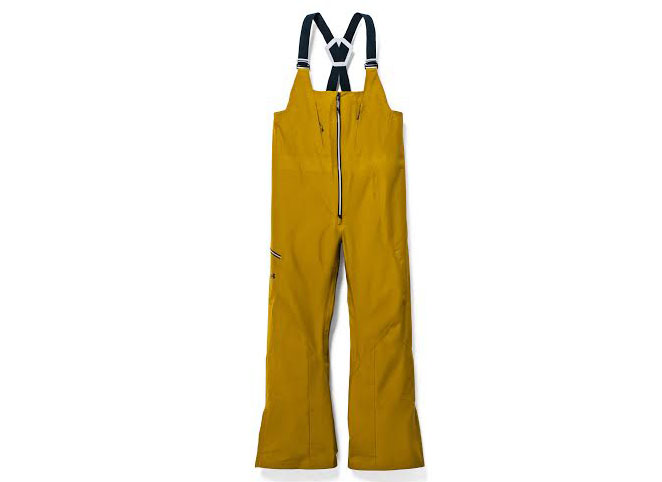 Snowboarder John Jackson likes to fly fish, and the waders used by anglers informed his input to the Chugach Bib by Under Armour. These bomber bibs are made of a Gore-Tex fabric with taped seams, RECCO avy reflector, chest and thigh pockets. Cinch adjustability at the top of the bibs keep warmth in and elements out. 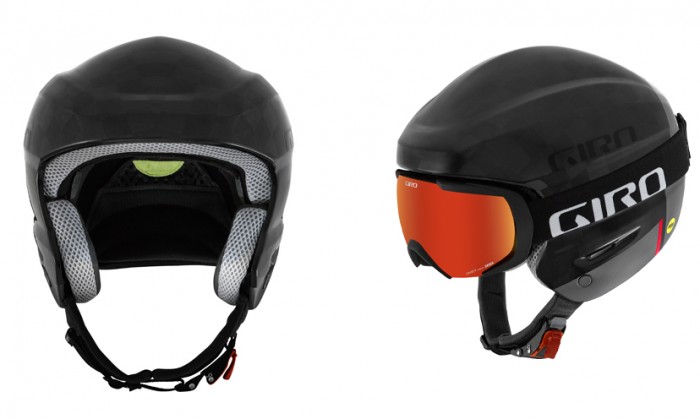 Ski racers hit a lot of gates during training and competition. The $500 Avance MIPS Snow Racing Helmet is designed to absorb these repeated low-impact blows with carbon-fiber construction. But when a serious impact occurs, the helmet has a unique system designed in conjunction with MIPS (and proprietary to this helmet) that keeps oblique impacts from affecting the crash victim’s head. 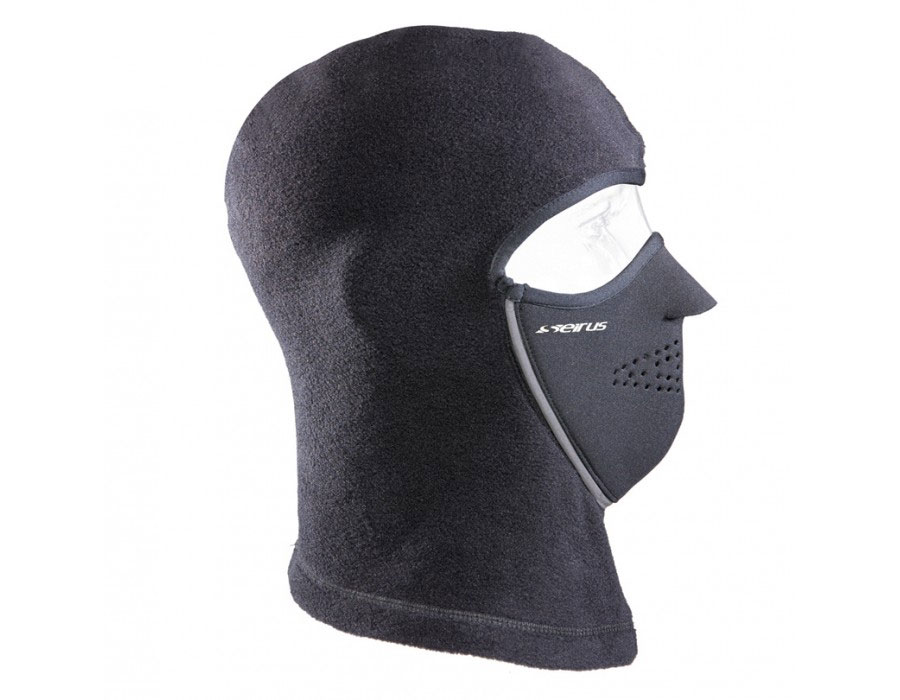 The Seirus Magnemask is basically a balaclava, but it has the ability to open around the face thanks to a magnetic attachment. The face mask is sewn to the rest of the garment so it won’t get lost, but it opens for snack time or when you’re too warm for full coverage on the face.

DPS is known for high-end carbon skis. A new line puts bamboo in the core, saving some money while still building a great ski. The Wailer F106, a new version of the brand’s popular Wailer model, mixes bamboo and carbon construction. The F106 is designed for fast engagement and a smooth turn finish, DPS notes. They will cost about $800, which is pricy but more accessible than the brand’s $1,200+ carbon-based boards.

Light For Touring, Strong For Skiing 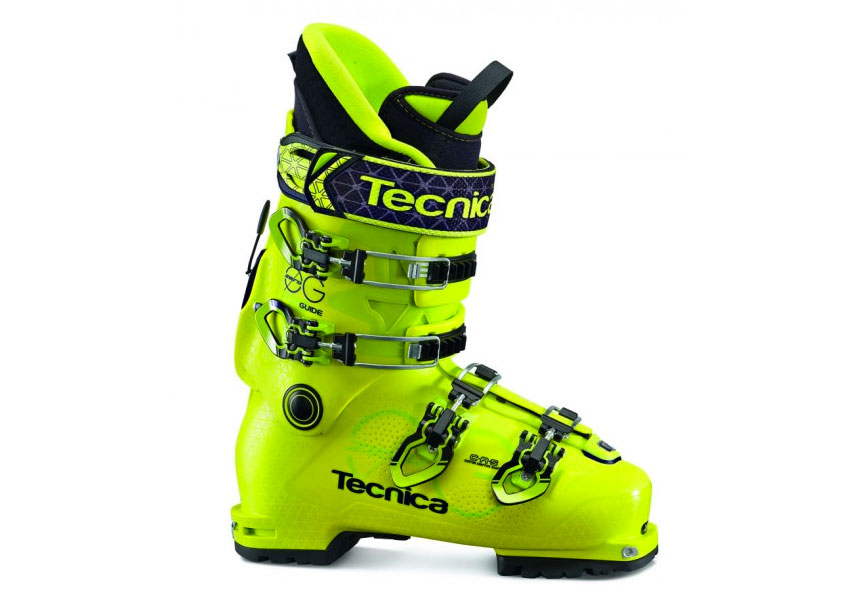 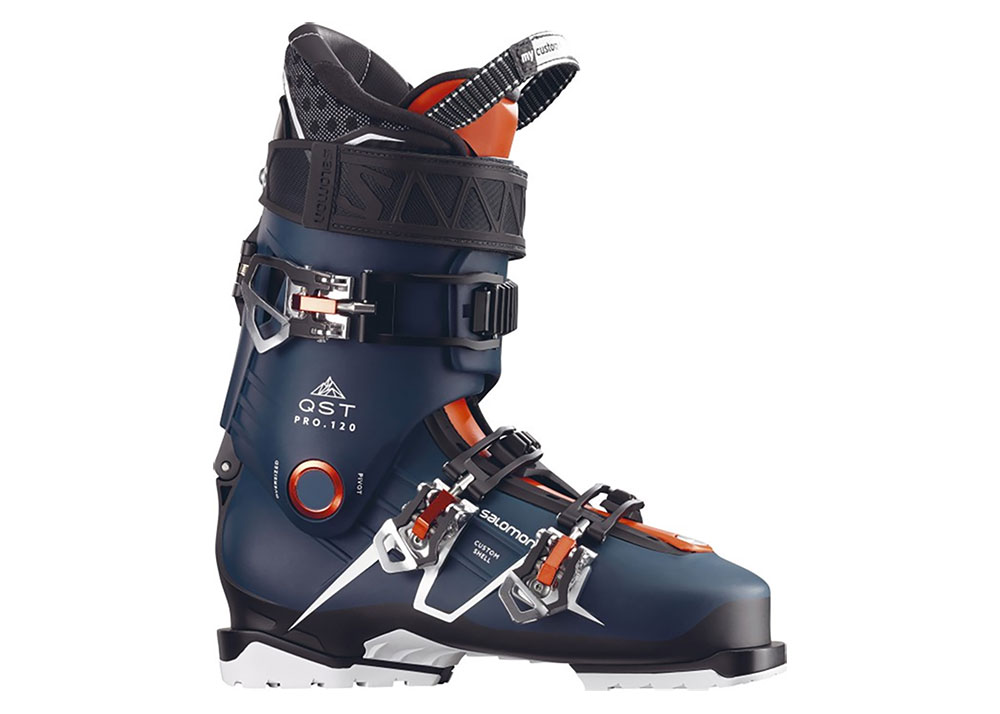 With a unique tongue inspired by the brand’s trail-running shoes, the Salomon QST Pro boot is a side-country slayer. It has a walk mode, optional tech sole, and a customizable shell, all in a comfy 100mm last. 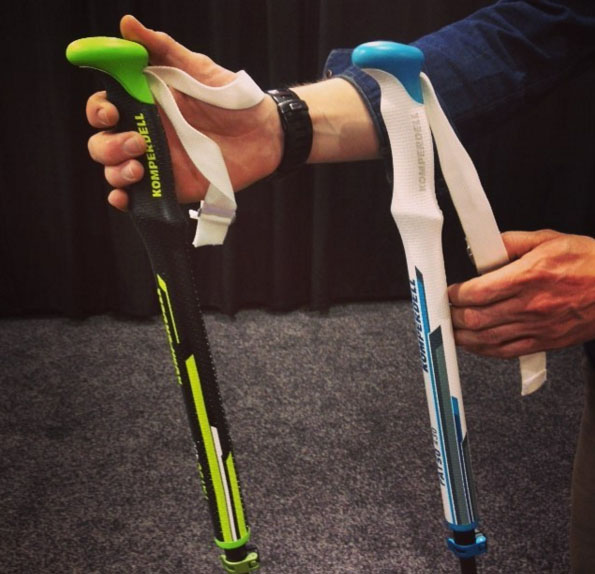 The Komperdell Fatso “Team Vario” 430 Ski Pole has a grippy handle that allows backcountry touring skiers to change hand position easily for ascent, descent, and side-hill applications. Made of high-density foam, the leather-like grips attach to some beautiful carbon fiber and titanol poles that sell with a three-year warranty. 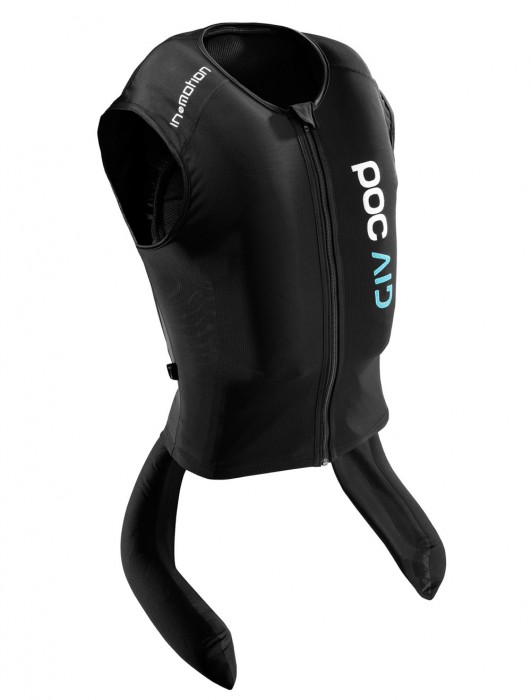 POC Spine VPD 2.0 is the first wearable airbag for ski racers available “over the counter” for consumers. Other brands have made airbags, but this one from POC will be available for $1,500 from retailers in fall 2016. The unit senses a crash thanks to complex readings from accelerometers, inflating the bag to protect a falling skier almost instantly. 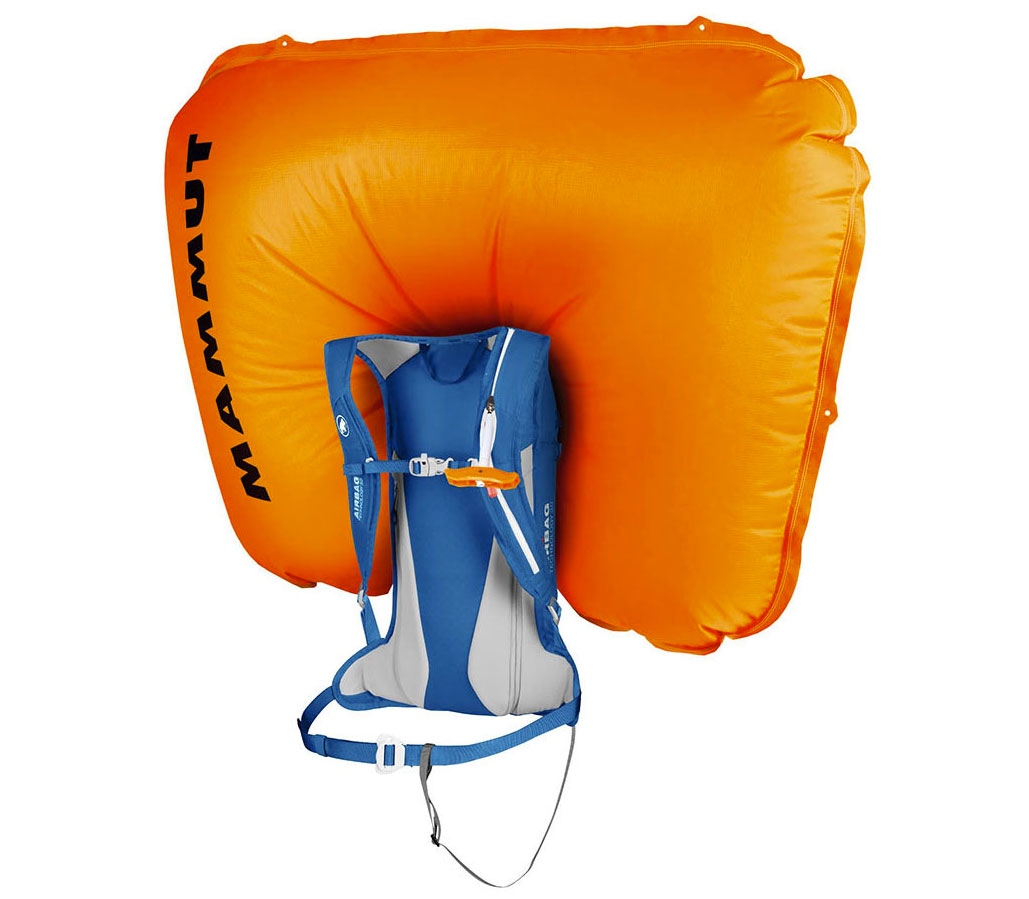 We first covered this avalanche airbag pack at the OR Show last month (where we gave it a “Best In Show” award). But it’s worth highlighting again here, as the brand was at SIA and the pack continued to draw buzz. The short story: At 4lb. 3oz., Mammut’s Ultralight Removable Airbag 3.0 is barely heavier than traditional backpacks. It will cost $489.95 when it comes to stores in October 2016. 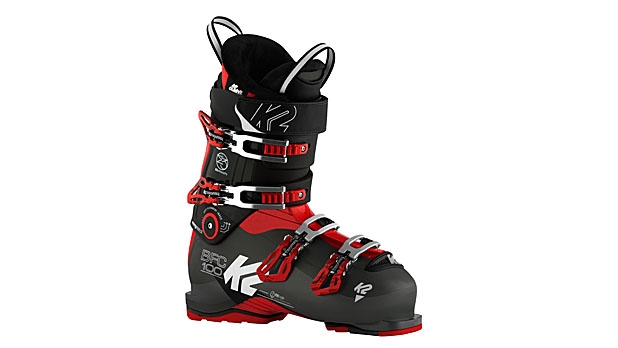 The K2 B.F.C. is literally Built For Comfort. (Get it? B.F.C.) With more volume (height and width) in the toe area than most ski boots, the B.F.C. is a cozy entry to the ski world for beginners or intermediates who don’t like crushed feet. It even has an “apres” walk mode for climbing stairs on the way to the car or a saloon after a day on the slopes.