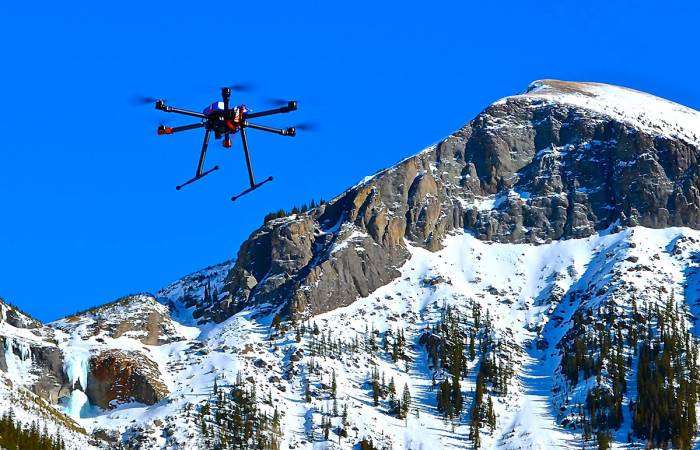 Ski patrollers are looking to the sky in the battle against deadly avalanches. Their new tool to deliver explosive charges to risky slopes? Drones.

Avalanches are a serious risk for skiers. In ski resorts, patrollers use many means, including explosives, to mitigate the danger.

A new company called Mountain Drones is investigating drones as a method to deliver explosives that trigger avalanches safely.

For the uninitiated, ski patrollers face risks to put explosives on the mountain. While working as safely as possible, the job can put patrollers on cornices, convex rolls, and wind-loaded slabs in order to place explosives by hand.

Other options are long-range weapons that have the potential for malfunction, and other risks. 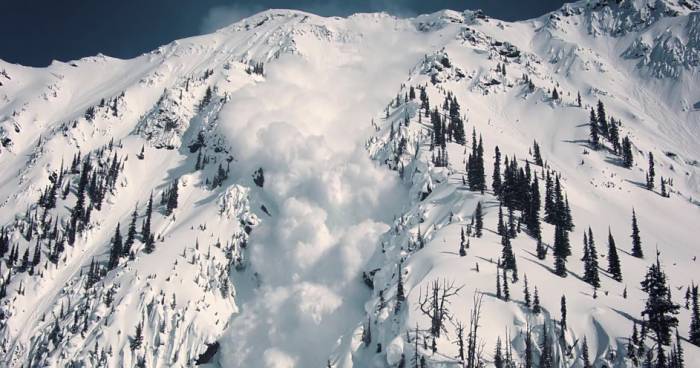 Drones offer a new tool, and it might be safer.

Mountain Drones hopes its technology will get avalanche workers out of potentially life-threatening terrain by the coming winter season.

The Colorado startup, founded in 2013, is in talks with ski resorts and state-level DOTs to begin pilot programs this winter.

The system works with a two-person team—a pilot and a blaster—using GPS and waypoint software.

“If you can use an iPad, you can use our drone,” said Mountain Drones co-founder Robert Blank.

After flying to the start zone or blast area with a preprogrammed flight pattern, the drone will hover. The flight team will create “geo-fencing” for the drone, and the explosive can then be armed and deployed. 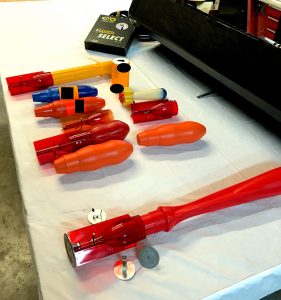 The triggering system was developed to transport, arm, and deploy a single tailfin round, typically shot from a pneumatic cannon known as an avalauncher.

Tailfins are currently used for avalanche control work at ski areas and in other mountain environments industry-wide.

But the Mountain Drones triggering system is potentially a more accurate method to deliver the explosives, the company notes.

“We’re getting closer and closer by the day, regarding the system and regulations,” Mountain Drones co-founder Warren Linde said.

Earlier this year, Linde and Blank partnered with Bill Nixon, a 30-year veteran of the explosive industry. With Nixon’s guidance and expertise, Mountain Drones deployment concept has become a reality. It will hold demos at ski resorts across the Rocky Mountains this year.

Pilot Program In Telluride And Beyond

Explosive carrying drones may raise eyebrows, but these are a far cry from the multi-million dollar military Predator Drones used in battle around the world. They will also almost certainly be used only on closed areas of ski resorts or closed mountain roads when no members of the public are present.

However a drone use for avalanche mitigation will require a gradual introduction.

“A year ago the system looked a lot different,” head of Telluride ski patrol’s snow safety department Jon Tukman says. “I have the feeling that they’ve moved from ‘can it work?’ to ‘how does it fit into a mitigation program?’. You’ve got to hand it to these guys. They’re the first one’s in this space.” 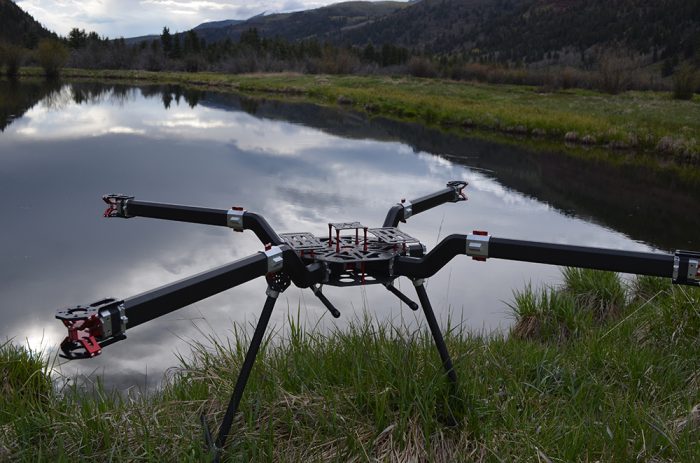 Telluride is among a handful of ski resorts where Mountain Drones hopes to begin a pilot program.

Though operational and regulatory questions still exist about the system — adverse weather flying, limitations of total payload, FAA licensing, lawyers, and insurance — it is being carefully considered.

“Mountain Drones could be a great tool to help with snow safety and keeping our patrollers safe,” said Telluride risk manager Jamie Baker. “We want to cautiously entertain the idea.” 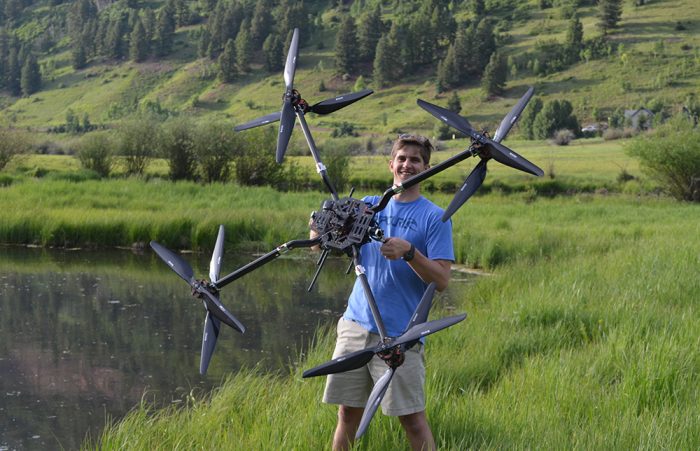 “Whether this is a near term stop-gap or the wave of the future, the application is in there somewhere. Assuming they get the green light from management, no one in operations would have an issue,” says Jon Tukman. “I am looking forward to the opportunity to seeing the system in action.”