Not for downhill and not exactly cross-country, the Black Diamond GlideLite is a different way to get around in snowy conditions. We gave these “sliding snowshoes” a test in Colorado. 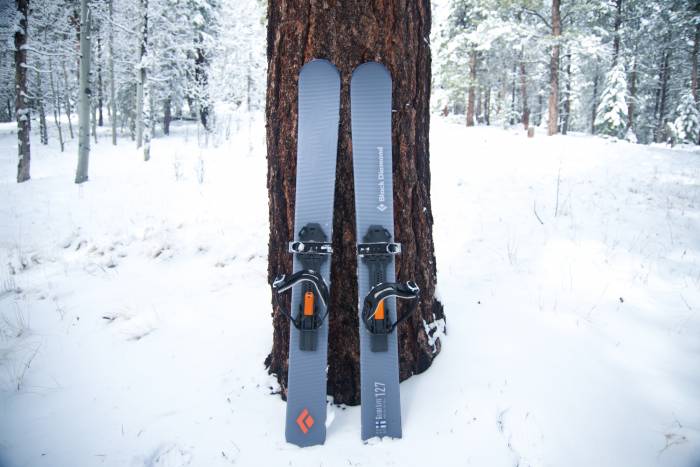 I woke up to 5 inches of fresh snow during a late-season storm in Colorado. I planned a weekend of backpacking in the backcountry with Black Diamond’s GlideLite 127 as my mode of transport.

Unveiled during the 2018 winter Outdoor Retailer show, Black Diamond introduced the GlideLite 127 and immediately left us scratching our heads. The 127 costs $450 with bindings included. It is also available in 147 for $470.

The skis work with any typical hiking boot or shoe and have simple strap bindings. They don’t have edges, but they do have directional skins permanently mounted to the bases for grip. Put on normal hiking boots, strap in, and you’re ready to go. 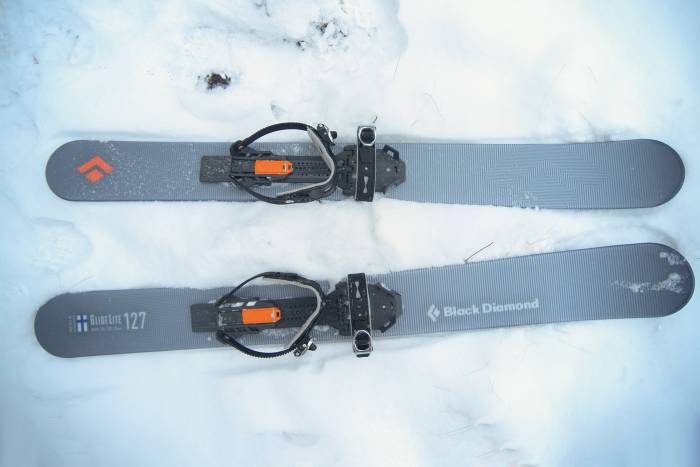 The 127 is pretty nontraditional, so we wondered: What is this ski for? We tested them during two days of touring on hiking trails to learn more.

In short: The Black Diamond GlideLite 127 provides flotation and grip to travel over deep snow. They could function as a replacement for snowshoes as utilitarian winter travel devices. They don’t perform well for purely downhill and should not be considered an alternative to pricy backcountry touring gear.

Black Diamond partnered with OAC, which makes the skis by hand in Finland. The type of ski, what OAC calls “skin-based skis,” is not particularly new. But a major U.S. ski manufacturer had yet to produce a ski of this style until Black Diamond. 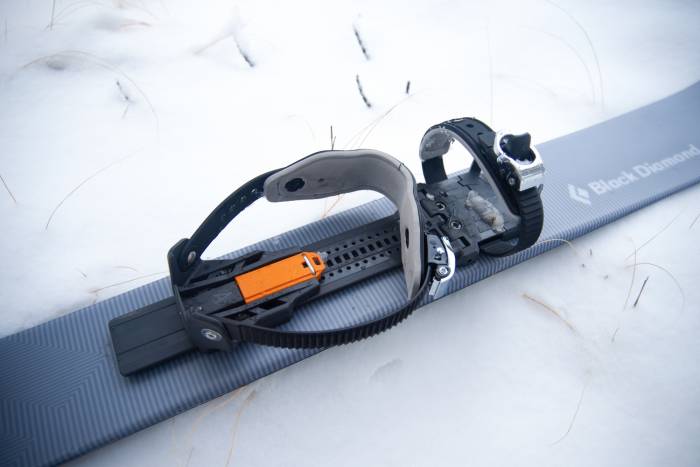 OAC’s WAP UC 127 model uses the same design as Black Diamond’s, including dimensions and binding. It weighs 1,000 grams without the binding. The skis are fat, measuring 120 mm underfoot, and short at 127 cm long.

Underneath the skis is a permanently incorporated mohair-mix skin that provides grip on the uphill. The GlideLite 127 uses a Black Diamond GlideLite skin. It gripped well in initial testing and allowed for decent glide. 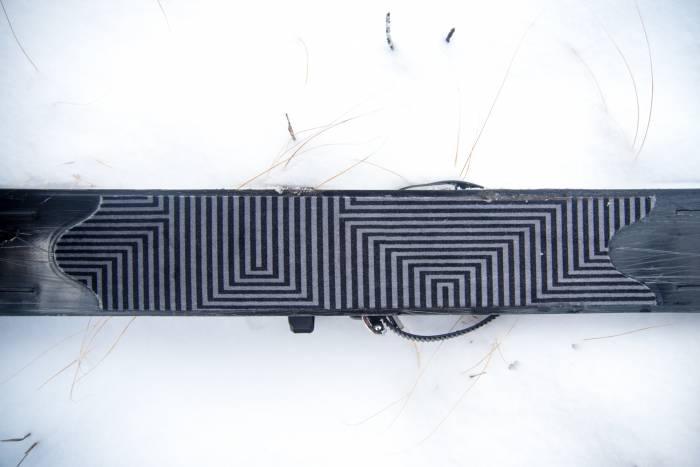 OAC says, “Skin-based skis are designed for all levels of skiers to enjoy easy access to wintery nature everywhere, even in city parks.”

The organization claims the skis are for enthusiasts and passionate backcountry skiers and professionals.

The skis are very nimble, and the bindings practically foolproof. I stepped on and cranked down the two straps, which felt similar to a snowboard binding mechanism.

With my tent packed up and skis below my feet, I started touring. And how lovely it was! Just a few miles from the trailhead, I was exploring the backcountry during a weekend I normally would’ve stayed in due to adverse weather. 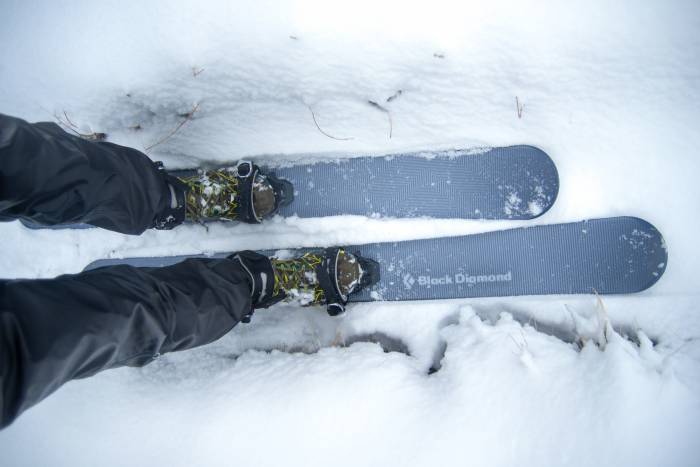 My route, roughly 6 miles out and back, wound through Colorado’s Lost Creek Wilderness. It’s a hiking trail with a gradual uphill and some turns. I broke trail up, then followed my tracks on the way back.

The skis work effectively uphill. I could get a rhythm going with a movement similar to touring skis or a splitboard. But downhill was another story.

Due to the lack of sharp edges, lockable heels, or stiff boots, I found the skis precarious going down hills. They’re fun and useful on gentle, low-angle descents. But when going gets steep, these are no substitute for a real touring setup.

Granted, after a few downhill sections, I compensated OK and was able to stay safe. But between the lack of edges and the two-strap bindings, there isn’t much control. I also had a 50-pound backpack on, which didn’t help. But regardless, it took some practice.

I didn’t want to hurt myself in the backcountry, so I didn’t get too aggressive in downhill testing. And Black Diamond acknowledges these are touring-oriented, with less of a downhill focus.

This is the tricky question among the GearJunkie crew. But we have a few ideas.

The GlideLite strikes us as a tool to get around snowy forests on a budget. Hunters might use it to access terrain covered in deep snow. Ice climbers could access falls where they’d otherwise post-hole. You could even take it on short (not too steep) hut trips.

And the biggest obvious advantage to ski touring setups is the price. These should save you close to $1,000 compared to purchasing a full touring kit.

The obvious comparison is to snowshoes. They fill a similar role, and at a similar price range. These give more glide and are probably faster on smooth terrain. But when the going gets steep or technical, snowshoes are more versatile and secure.

For those seeking a different way to get around the snowy backcountry, the GlideLite skis are an interesting choice.

Up Next: Watch: 50-Foot Rooftop Gap on Snow by Mountain Bike