With a ‘free-floating’ carbon plate, Elan designed a foldable ski built for mountaineers and anyone who wants to hike into the backcountry less encumbered. 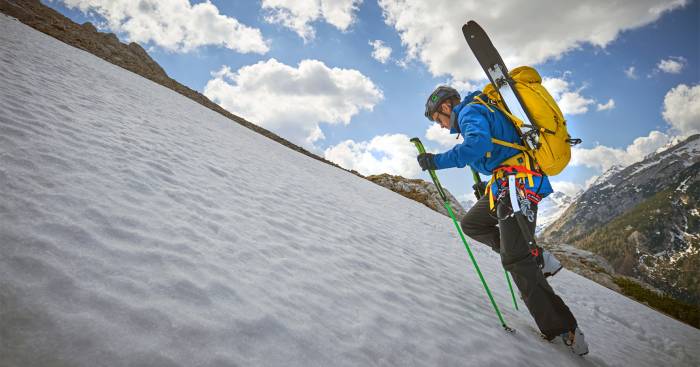 A folding design makes a new kind of ski more manageable when climbers carry them on a backpack.

At half the length of a full ski, the folded ski has no tail poking below the pack, which eliminates a possible fall hazard on steep terrain. 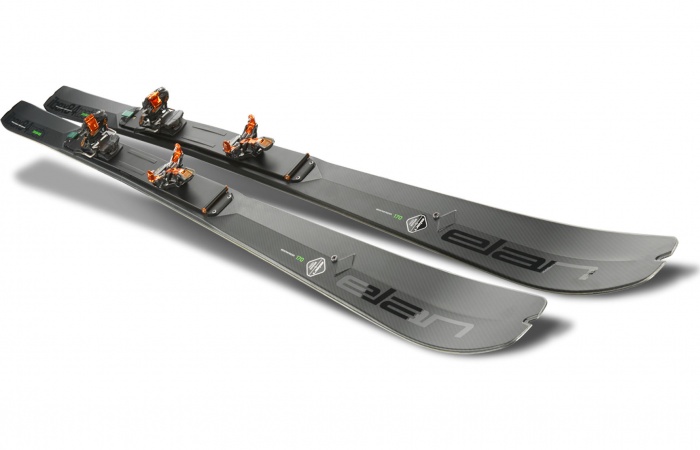 Elan worked with elite ski-mountaineer Davo Karničar for the project. He was the first man to descend from the summit of Everest on skis.

“Folding skis strapped to a backpack allow for much greater maneuverability during technical ascents on foot,” Karničar said.

“There is nothing sticking out above the head and below the belt to impede the climber. Folding skis also facilitate climbs that require the use of ice axes because the arms can swing freely overhead.”

Ibex Tactix: How They Work

People have dreamed about good folding skis for many years. They have been built out of wood since at least the 1940s. But performance remained elusive.

The Elan ski is a folding version of the brand’s Ibex 94, a pinnacle touring model made of carbon fiber.

Elan’s attempt at the category uses a free-floating carbon plate to connect two ski halves. The design allows the ski to flex along the entire length, even under the plate, the brand claims. This should allow it to perform much like a standard ski.

The plate also serves as a binding mount, holding G3 Ion 12 tech bindings. The video below explains the system well.

Elan makes the Ibex Tactix in recreational and military versions. The brand claims it takes approximately 20 seconds to fold and extend the skis.

When extended, the skis measure 163 centimeters and fold down to only 90 centimeters.

The Slovenian army began using a military version of the ski in April. The early testing showed that the ski would help save space and still give soldiers an effective ski for mountain travel.

The Slovenian Defence Ministry contributed 100,000 euros for the development of the skis in 2015.

In the civilian world, Karničar used the skis on several 6,000-meter mountains, Elan said. In July, he aimed for his most audacious ski line yet—K2.

Skiing K2 would require absolute confidence in one’s equipment. He came up short, with a back injury halting the expedition at base camp. But for a skier to tackle the mountain with this folding ski raises eyebrows.

We have not tested the Ibex Tactix but are excited by the routes the ski could open in the future. Keep an eye out for these unique boards. They just hit the shelves at select Elan dealers and are available during the 2017–18 winter season for about $1,800.