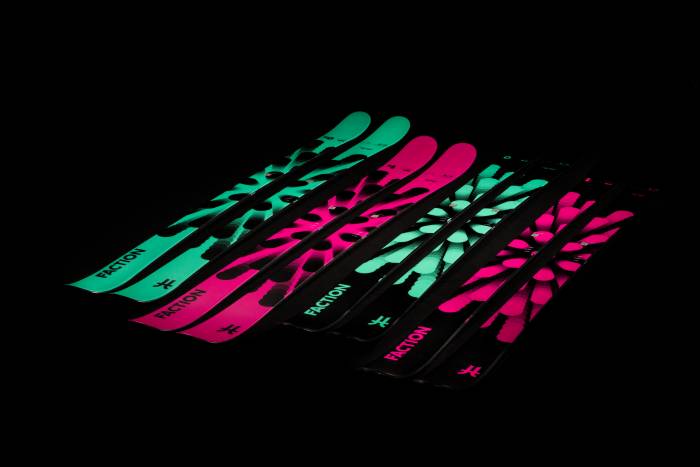 The Studio Series from Faction is designed specifically to excel in the park and halfpipe; (photo/Faction)

Faction designed the Studio Series for one thing and one thing only: to absolutely excel in the park and halfpipe.

Faction started as a rebellion. Disenchanted with the mainstream ski industry’s fixation on downhill and racing, founders Tony McWilliams and Alex Hoyt decided to create a company with the sole intention of shaking things up.

Thus, the Faction Collective was born. It’s been making top-of-the-line freestyle, all-mountain, touring, and freeride skis since 2006. But now the company is refocusing on familiar territory. With the debut of the Studio Series, Faction is going full send into the park and halfpipe.

Stomping tricks is a game of precision. So Faction designed these skis to help skiers nail the mark.

Meet the Studio Series From Faction

The Studio Series’ shape is based on previous custom skis Faction designed for its Olympic and X Games athletes, like Eileen Gu and Alex Hall. A symmetrical cut with a full camber directs energy down into the snow. That generally provides more power, better edge grip, and dampness.

All of that — on top of a reinforced wood core and internal stomp pads for hard landings — adds up to a formidable design for park and pipe riders.

And the skis are also steezy as hell. As Faction puts it, the Studio Series is “oozing with style.” The topsheet art was designed by Paris-based Parade Studio and has a colorful exploding atom, representing the purest form of energy.

“We know very well what it’s like to hit a kicker at Mach speed and launch into the air — this moment is ignition,” Faction describes on its website. “Atoms exploding. Wild energy harnessed and shaped into stunts and style.”

Most freestyle skis perform well in the park and hold their own outside of it as well. That versatility is attractive to a lot of skiers. But, according to Faction, it sacrifices pure park performance for versatility.

With the Studio Series, Faction threw versatility to the wind to produce a ski that would excel in the park unlike any others the brand has designed.

The Studio Series “pre-launch” is on Nov. 16, with the official launch happening on Dec. 5. Check out the faction website for more details and retailers that will be carrying them. 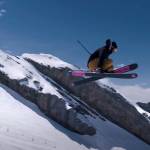 Faction Skis, along with parent company Full Stack Supply Co. and FW Apparel, has earned the coveted B Corp certification, which evaluates the environmental and social impact of businesses. Read more…