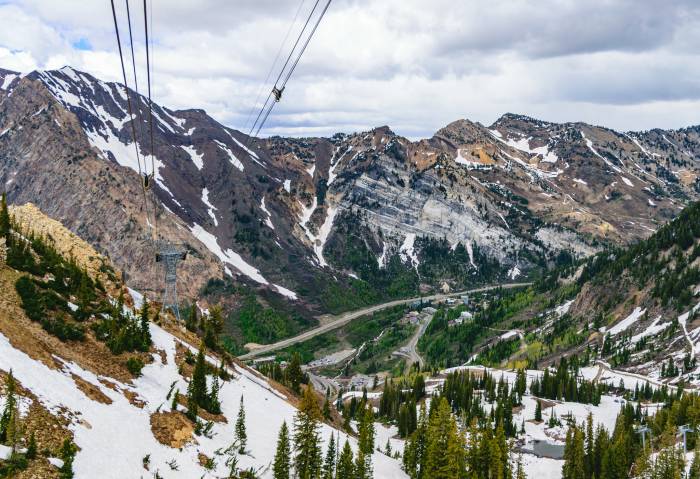 Snowbird Ski Resort, with SR-210 in the background; (photo/Terry Ott via Flickr)

The Utah Department of Transportation’s (UDOT) latest proposal in Little Cottonwood Canyon involves a toll on vehicles. This would eradicate free access to the canyon except by hike and bike.

Local FOX 13 reported on Sept. 21 that the department proposed a toll for vehicles on SR-210 — the road the gondola will tower above.

If the UDOT proposal gains traction, it could choke out any free access along the popular 13.62-mile road for anyone either unwilling or unable to hike or bike in from below. The only other option to access the canyon is by bus.

And it’d probably affect skiers and snowboarders most: Alta and Snowbird both perch at the top of the road, and winter conditions frequently make it impassible except by vehicle.

Taxpayers have questioned the validity of the expensive gondola project, which many claim would only benefit the privately owned resorts. And controversy has churned in the Salt Lake City outdoor community ever since UDOT announced the plan more than a year ago.

The Salt Lake Climbers Alliance identified the gondola as a threat to the climbing resource and a disenfranchisement of climbers themselves. In April, a “record-breaking” response to a public comment period delayed UDOT’s decision on the project when 14,000 comments poured in.

FOX 13 said the department hoped that the toll would “get more people to use public transit and the gondola,” and noted that it would be “commensurate” without further qualifying the term.

Whether or not the measure would successfully reduce the number of cars on SR-210, some residents in the neighborhoods below the road still raise concerns that none of UDOT’s plans will ease traffic there. Up to thousands of drivers each day will need to park somewhere near the gondola’s base station. And UDOT’s plan only allows for “implementing trailhead and roadside parking improvements as funding allows.”

“You’ve solved the last 10 miles but you haven’t solved the first 10 miles,” Sen. Kathleen Riebe (D-Salt Lake City), a Cottonwood Heights resident, said at the Sept. 21 meeting. “You’ve done nothing with this gondola to prevent people from [parking at] my house. How am I supposed to get out of my house if I still have 2,500 [cars] coming to my neighborhood?”

A 45-day public review and comment period of the project’s final environmental impact statement will be open through Oct. 17, 2022. After that, it’s up to the Utah State Legislature to fund the submitted proposal or not. 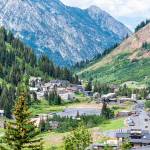 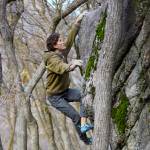 Fight for Your Right to Climb: US Olympian Stars in 'Home Crag' Documentary

Olympian Nathaniel Coleman has joined up with The Salt Lake Climbers Alliance and Gnarly Nutrition to create a new film that aims to highlight — and help save — an at-risk climbing area near Salt Lake City. Read more…