For the 2022-2023 season, Salomon gives its versatile QST 106 ski a playful yet hard-charging update.

I’ve been a fan of the Salomon QST series for several years. I started skiing these mounted to the Salomon SHIFT binding at its launch back in 2017. For 2022-2023, Salomon gave its soft snow-oriented 106mm QST a refresh, and the result is a nimble, fun ski that will make a good everyday driver for Western skiers.

In short: The Salomon QST 106 is a fun all-mountain ski that performs best on softer snow. Thanks to an updated rocker profile, it handles tight terrain like trees and moguls with aplomb. If it has a weakness, it’s ice, which comes as no surprise for a 106mm-waisted ski.

The skis hit the market in fall 2022. You can also check out the 2021 version. Read on for my first impressions after 3 days of testing at Copper Mountain and Beaver Creek.

Salomon touts its QST line of freeride skis as “the pinnacle of versatility.” And while no ski will truly shine in every condition, Salomon makes a good case for a well-rounded Western ski with the QST 106. 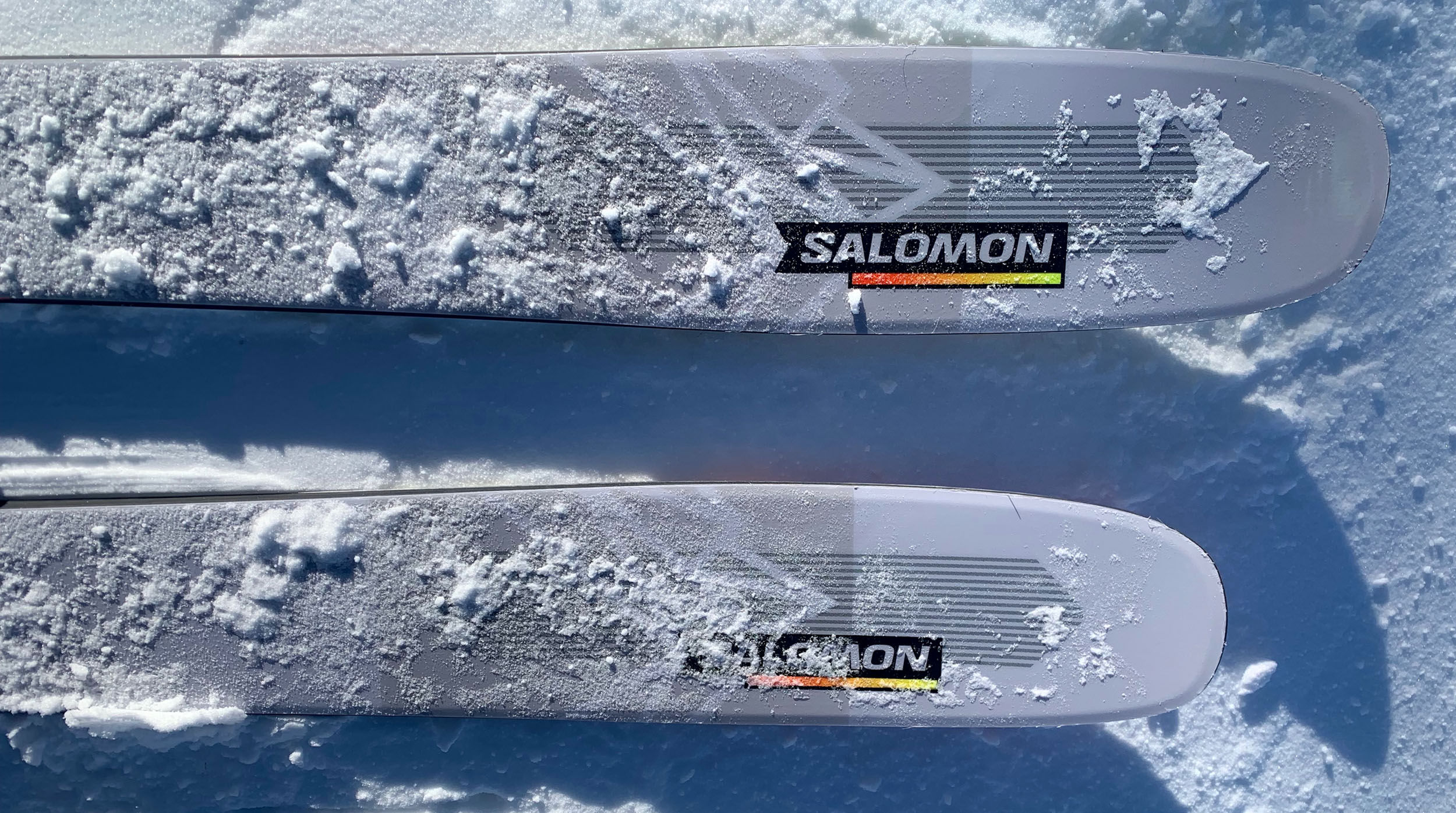 Compared to previous iterations of this flagship ski, the new version is a slightly more tapered design (the widest points of the tip and tail are closer to the center). This makes sense, given Salomon’s goal of making the ski quicker and more playful.

Beyond the change in shape, the 2022 version is fairly similar to the previous iteration. The ski starts off with a poplar core. Carbon stringers (it calls them a “C/FX carbon backbone”) and double sidewalls work against torsional flex. According to Salomon, “300% more” cork inserts in the tail reduce chatter.

So, how does all this engineering work in practice? I hopped on a 181cm version of the new sticks mounted with Salomon’s very intriguing new Strive 14 binding to find out.

For Day One, I took the QST 106 to Beaver Creek and skied a mix of groomers and soft moguls. With average Colorado conditions (read: soft but crowded with occasional ice patches), the skis proved, in short, fun.

I had the most fun on steep, soft moguls. There, the skis provided solid structure to charge hard over and through the bumps. The quickness edge-to-edge shined in this tighter terrain when I wanted to keep my speed in check. But let them run fast at the bottom of lines, and they were forgiving even to my 45-plus-year-old legs.

While these are certainly not carving skis, the QST 106 is still good fun on groomed terrain. There, with a 19m radius, I found the skis carved nicely.

They returned modest energy at the apex of carved turns. While I wouldn’t go so far as to call them “poppy,” they are still fun to rail through groomers. And thanks to abundant rocker, you can slide them out super easily and skid around to switch like a cakewalk even at a pretty good speed.

Two more days of skiing at Copper Mountain (sadly with no significant powder) confirmed my initial thoughts: The Salomon QST 106 is a supremely fun ski. It’s very quick through bumps and trees. It handles mediocre snow quite well too.

And, no surprise here, it doesn’t love super hardpacked snow but will handle it safely.

I will update this review with powder testing once I get a good deep day on the mountain. Doing a snow dance now.

Salomon QST 106: Who Should Buy

So, who is it for? The QST 106 is an excellent choice for intermediate-to-expert skiers who want a versatile, somewhat fat ski for powder and packed powder conditions.

That’s a big swath of the population. So I expect to see a lot of these on the mountain.

It would also make a good candidate for a robust touring binding like the Salomon SHIFT. For skiers who may venture into backcountry terrain but ride a lot inbounds, the QST 106 could pivot between roles well.

At 1,980 g, it’s by no means light for the trek up. But from my brief testing so far, it should handle anything you throw its way on the downhill and leave you grinning.

Our experts tested the best all mountain snowboards of 2022. Top picks include GNU, Burton, and more! Read more…

Up Next: The Best Cross-Country Skis of 2022