Downhill performance is top priority for this alpine boot that also tours. Plus, there’s a slew of new updates to its materials, last, and shell.

Fact: High-performance skiers who hit the resort and the backcountry have at least two pairs of ski boots. Why? Because touring boots just aren’t as stiff and stable as alpine ski boots, and alpine boots don’t go uphill.

Now, thanks to Tecnica’s re-designed Cochise — the first no-compromises downhill ski boot that a skier can also tour in — there’s the option for a seamless, one-boot quiver. 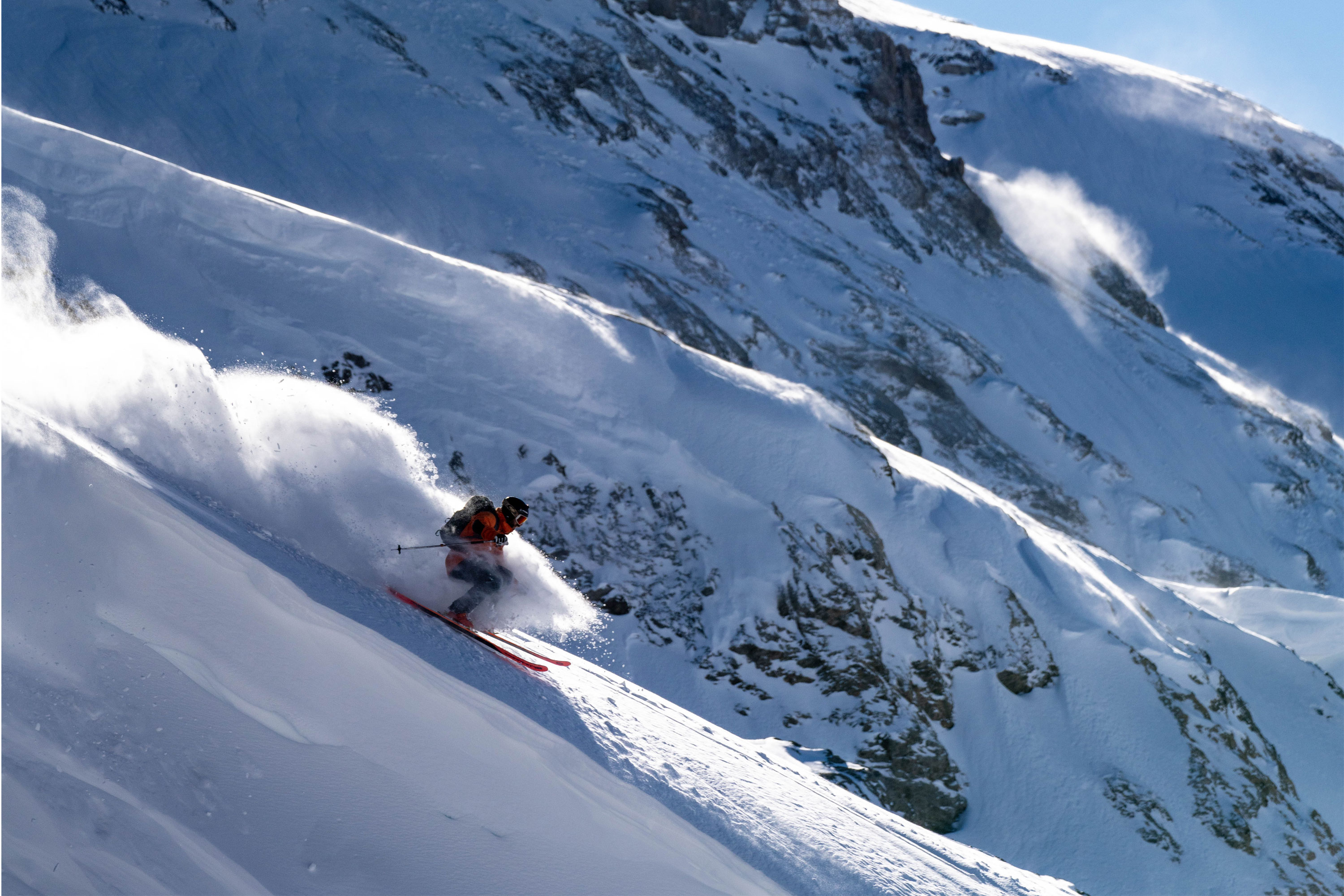 The Cochise has been a staple in Tecnica’s line since 2010 when Tecnica athlete Arne Backstrom retrofitted his 150-flex race boots with tech inserts. Backstrom and his Franken-boot inspired Tecnica engineers to create the Cochise.

It was a good boot. And for 2021-2022, it becomes a great boot. Tecnica has taken the Cochise to a new level of performance and comfort, making the new version the best skiing alpine boot that also has a tour mode.

The 2021-2022 Cochise has several innovations, including a new anatomically shaped, pre-formed last that’s more comfortable and reduces the boot’s weight by 10-15%. The 99mm-wide last has a more precise fit than past Cochise lasts, and it requires less material to make.

Next season’s Cochise is made with a premium, high-performance polyurethane shell that has thicker construction on the medial of the boot for more lateral power transmission and increased edge grip. Inside, the supportive liner is pre-formed for out-of-the-box comfort, which also helps skiers assess how the boot fits before they buy it and mold it.

Boot-fitters and skiers will appreciate the dimpled and perforated work zones in both the shell and the liner that makes it easier to dial in problem areas like the ankle, sixth toe, and bunion.

One note on these new Cochises: They’re built to be customized. The lacing-optional liner has an accordion structure on the Achilles for easier hiking, a removable stiffener at the top of the calf, and a band of carbon fiber in the cuff for even more power transmission. And the sharp edge where the base and upper of the previous Cochise liner met is gone. Boot techs rejoice!

These Boots Were Made for Walkin’

Even given the shell updates, it might be the redesigned walk mode that made the biggest difference in how the new Cochise boot functions and skis. Enter the new T-Ride walk mechanism.

The T-Ride creates a solid cuff-to-shell connection that still has a 50-degree range of motion in walk mode. Locked and skiing, the cuff and shell feel like one solid piece. The mechanism is fully integrated into the boot, not a hunk of clunky metal sticking off the back of the boot. 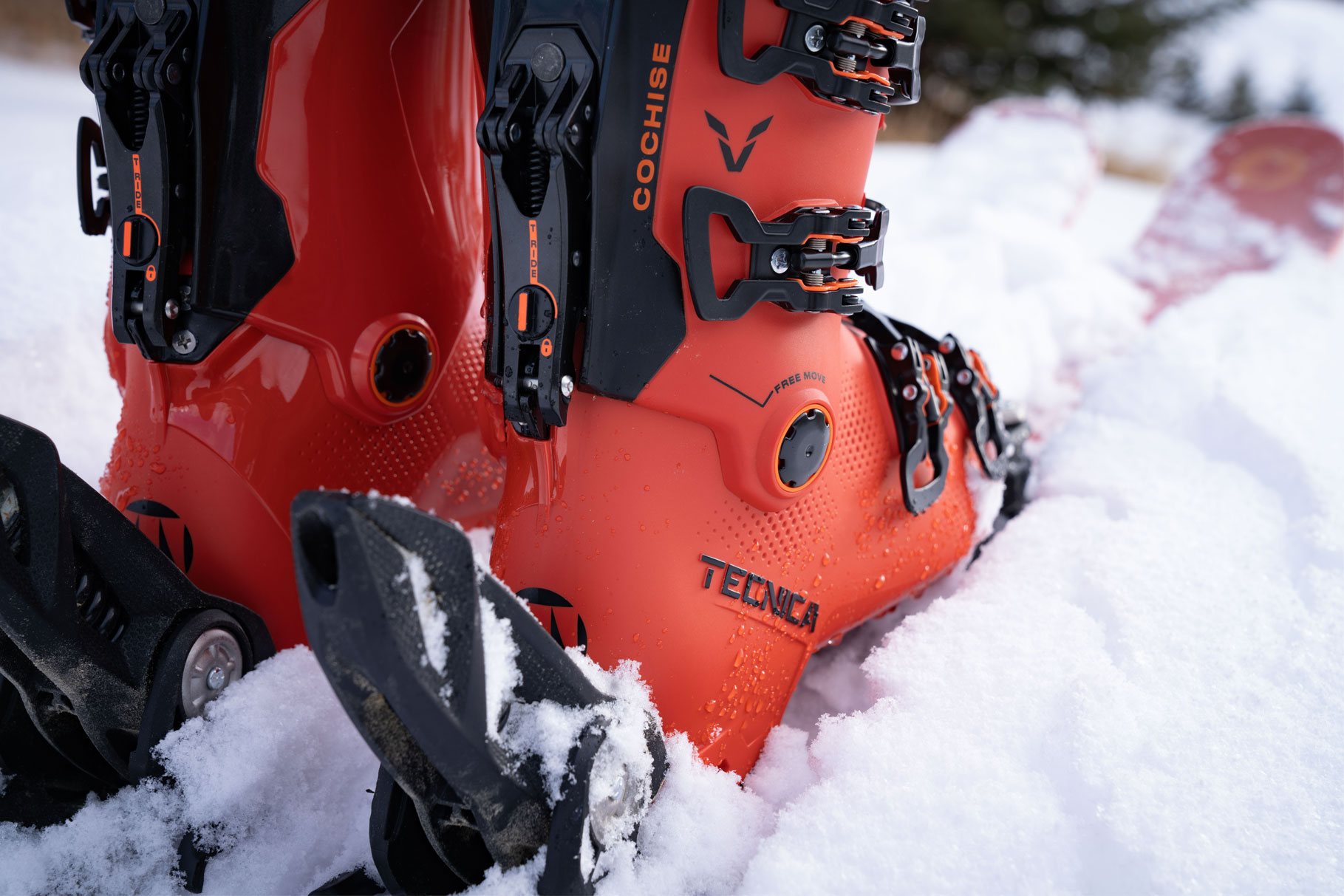 Like most ski/walk modes, you flip the lever to switch the boot from ski to walk. Unique to this ski/walk lever is a twist-to-lock button on the back of the closed lever. Lock the button, and it prevents the boot from popping out of ski mode at an inconvenient and potentially dangerous moment. Locking the lever also removes any potential play in the boot.

The catch (pun intended) of ski/walk mode lock is that you may need the included small plastic key (or pliers) to turn the lock button so it’s fully engaged. I could twist it to fully locked with bare fingers — gloves made it harder — in my office. But at the top of a ski run with the boot on my foot, it was much harder. The button is small and hard to grip.

So I make sure that my Leatherman is always with me. (Yes, I should have put the plastic key on a neck cord when I got the boots, but I’ve already misplaced it.)

Any fickleness in changing the ski/walk mode was worth it when I pointed my skis downhill. Skiing in this boot was a truly different backcountry carving experience than in any hybrid boot I’ve tested or owned. The downhill performance was in a different class than Tecnica’s Zero G Tour Scout, my significantly lighter, go-to touring boots. 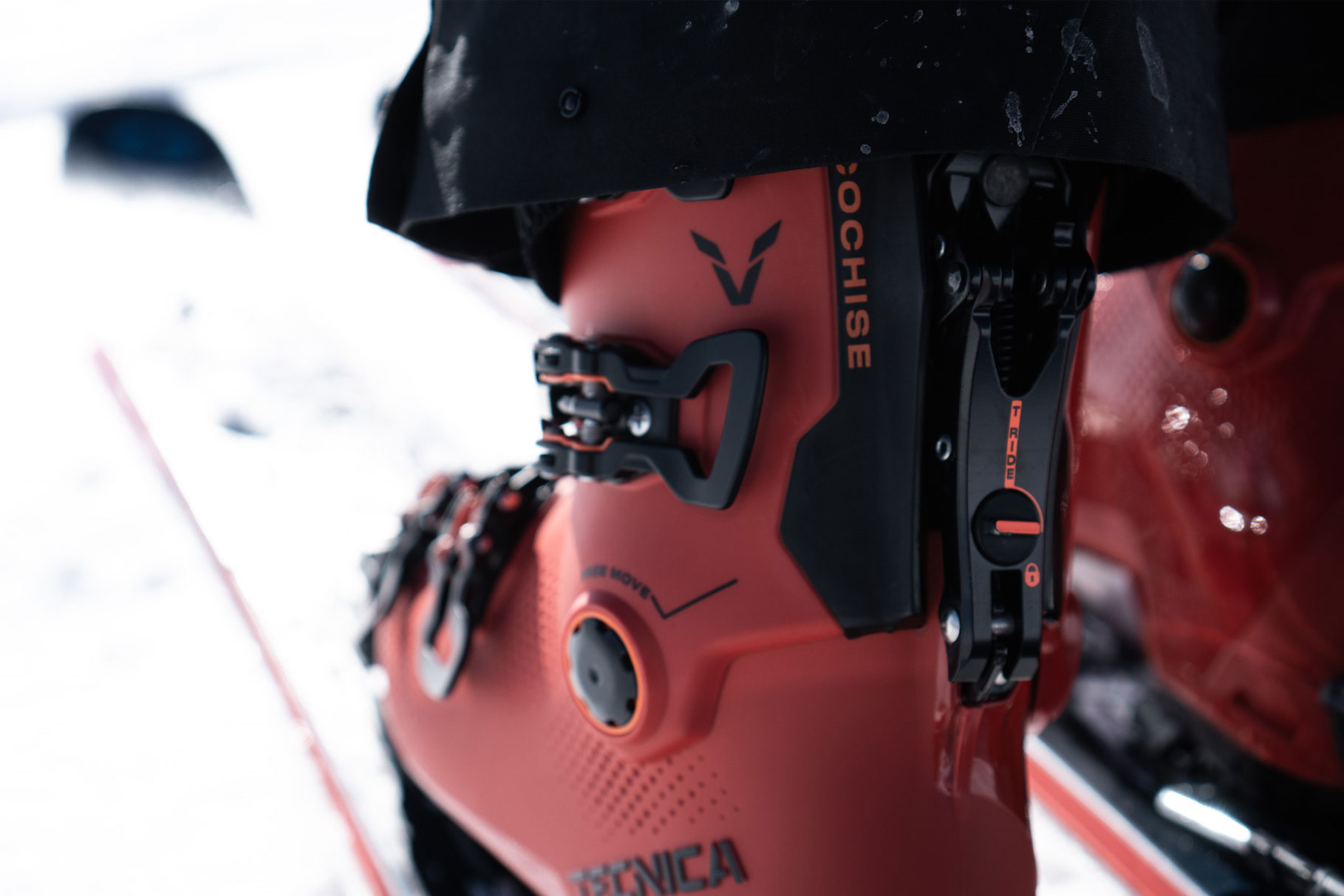 But the Cochise isn’t a boot for uphill speed. While the cuff didn’t rotate back as far as some other boots, I didn’t feel restricted, even skiing up a steep track.

But at 4 pounds 3 ounces in 26.5, the Cochise is unapologetically heavy. Tecnica’s 120-flex Mach1 MV, my standard downhill boot, weighs only 3 ounces more. The boots felt very similar descending, though the Cochise has a slightly stiffer flex.

Other functional updates in the new Cochise include a redesigned cuff hinge point at the ankle that enables frictionless hiking and an easy-to-use Power Lock strap to keep the cuff stiff and transitions quick.

More good news: Tecnica is making the Cochise in a 120-flex women’s Pro Model. Few women’s ski boots come in anything above 110-flex. A 120-flex women’s Tecnica boot is especially good news, as I’ve found Tecnica’s flex is stiffer than the flex of many other brands.

The Cochise has a GripWalk sole and tech fittings, so it’s compatible with most alpine, frame, and tech bindings. 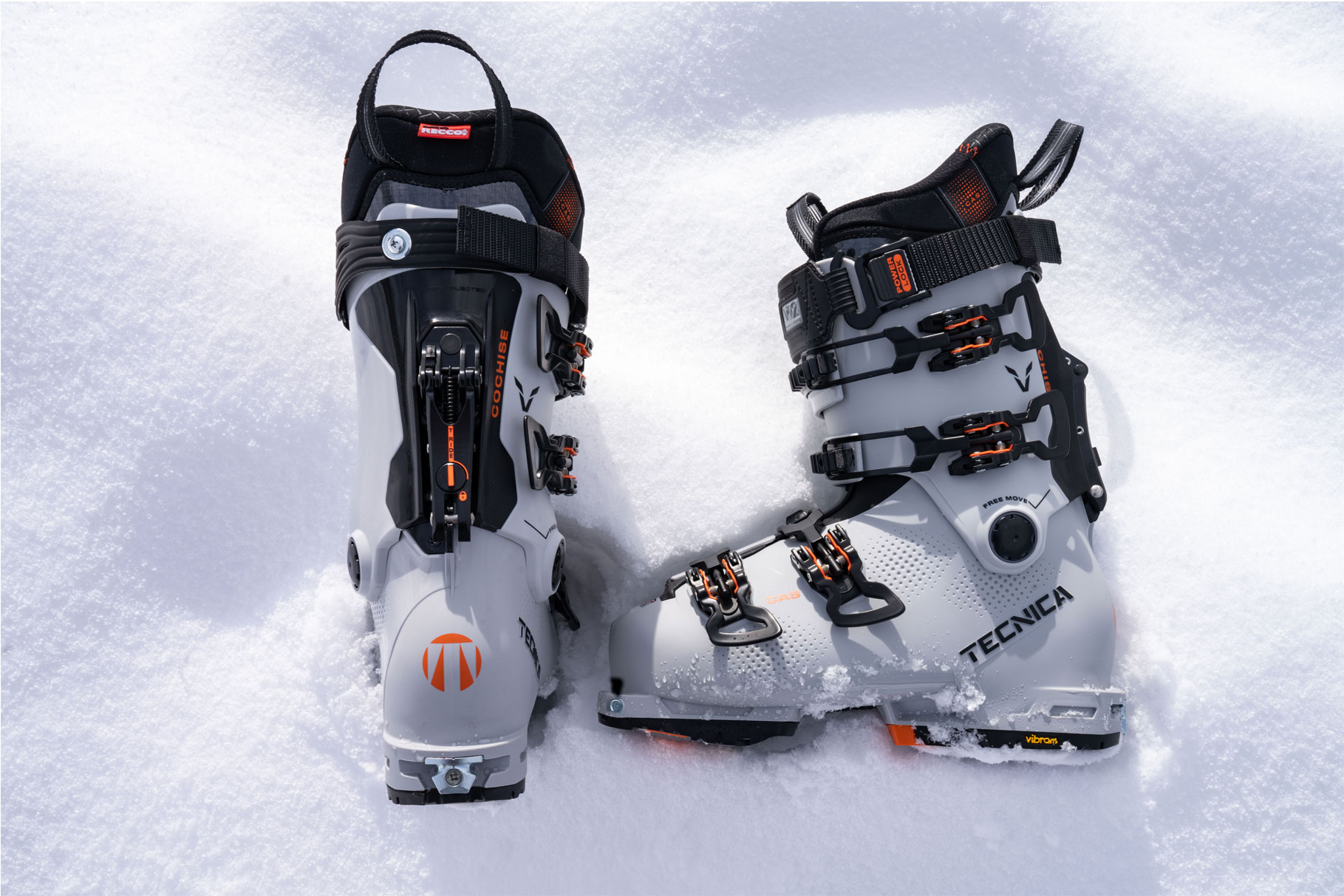 Tecnica positions this boot for high-performance skiers who want to comfortably access hike-to terrain, walk in the lot or village, or skin short distances.

I also plan to travel with it when I’m doing a trip with both lift-served and backcountry terrain on the menu. 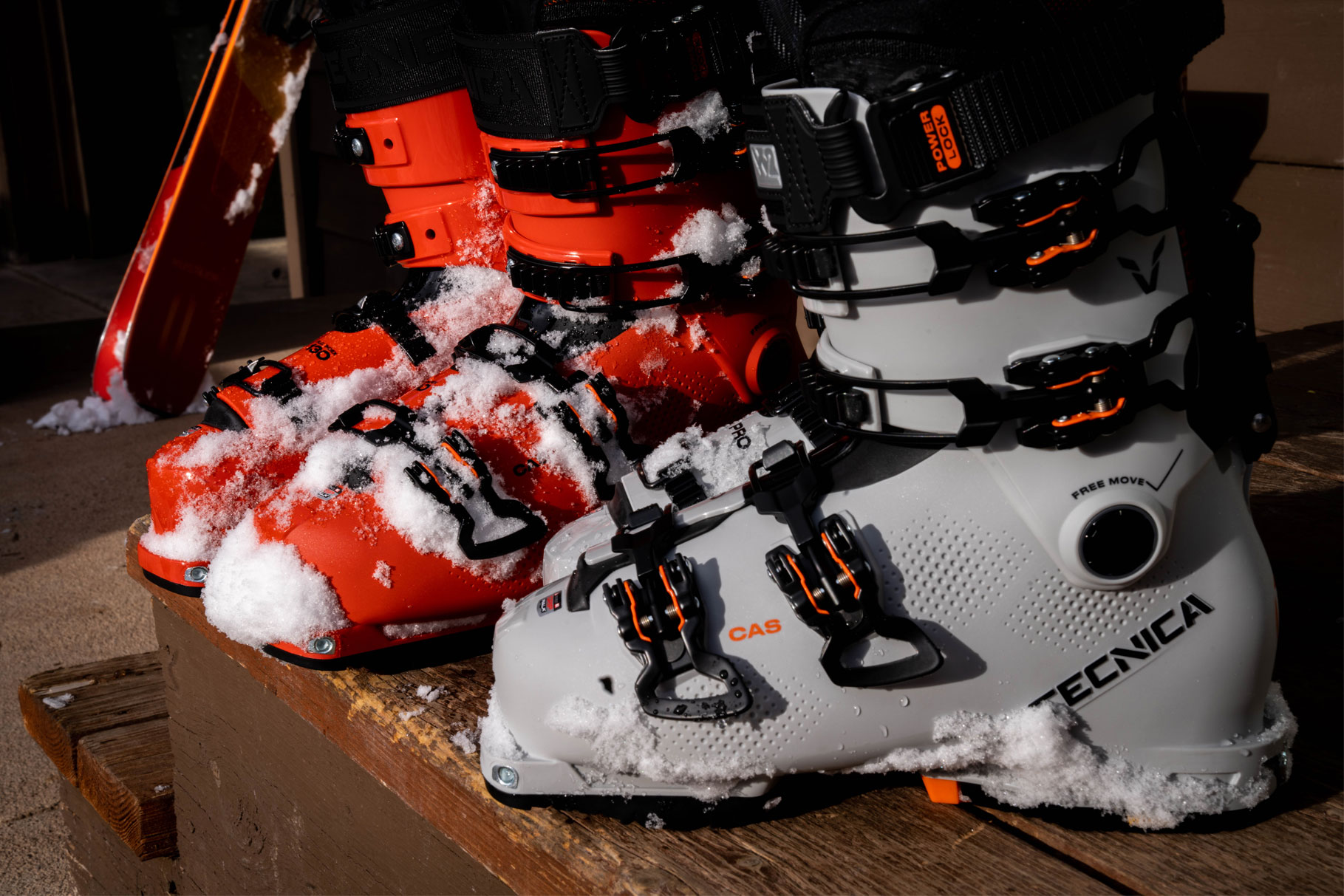 Our experts tested the best ski boots of 2021-2022 to fit every budget and use, including top picks from Salomon, Dynafit, and more. Read more…