Shortly after Iwabuchi’s historic send, Canadian Laurie Blouin landed the second-ever women’s cab triple 1260. They join Austria’s Anna Gasser in a realm of beyond-elite female snowboarders. Gasser became the first woman to stick the landing on a cab triple 1260 back in 2018.

Iwabuchi, an X Games Big Air medalist, tried the frontside triple at the 2022 Beijing Olympics — and narrowly missed. “Ever since Anna [Gasser] did her cab triple, I knew I had to do a triple,” Iwabuchi said. “After I came so close at the Olympics, I really wanted to try again at The Nines.”

Watch the two powderhounds carve it into the walls of history in this short, sweet, and powerful cut. 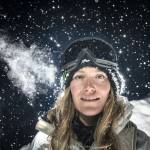 A Pro Snowboarder Talks Mindfulness in Competition, in the Backcountry, and Beyond

Snowboarding and mindfulness go hand in hand. At least, according to pro snowboarder Jamie Anderson. We spoke with Anderson to learn how. Read more… 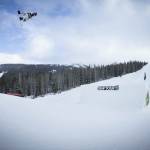 Ever wondered what it takes to train for riding big park features? How about the difference between slopestyle and big air competitions? In this interview, U.S. snowboarder Julia Marino gives us an inside look at the sport. Read more…