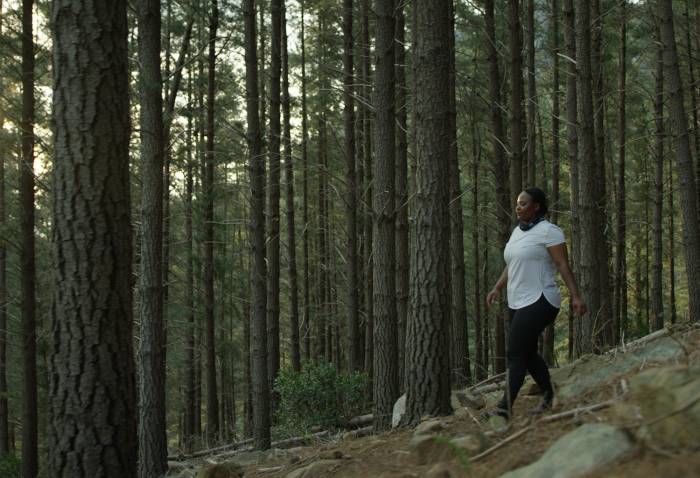 Salomon is celebrating and elevating three women in the outdoors — a hiker, a trail runner, and a wildland firefighter — with its new film.

Salomon’s “Her Way” film celebrates three women who have chosen to ignore stereotypes as they grow to learn, love, and explore the outdoors. The film release aligns with Salomon’s WMN campaign expansion, which introduces new running and outdoor footwear (hello women’s Sense Ride 4), apparel, and packs in women’s-specific designs.

The 11-minute film follows a member of the first all-female firefighting team in South Africa; a Chinese-born structural engineer and trail runner in New Zealand; and a delivery nurse, mother of four, and avid hiker in Utah.

Born in the small town of Beaufort West, South Africa, Vuyiseka Arendse began volunteering as a firefighter in her teens. Now 26, the single mother and family provider works for the NCC in Cape Town as a member of Juliet Crew, the first-ever all-female firefighting team in South Africa, who fight wildfires in the Western Cape region.

Chinese-born Nancy Jiang moved with her family from Ma’an Shan, China, to Auckland, New Zealand, when she was 5. She studied structural engineering and today is the only female engineer in her firm. Jiang found her love of trail running in the mountains above Queenstown despite having been told as a kid that “Chinese people do not run.”

Melody Forsyth is a mother of four, delivery nurse, and outdoor adventurer. In 2015, she gave birth to her daughter, Ruby, who was born with Down syndrome. Despite “sometimes getting looks on the trail” because she might not fit the hiker stereotype, the outdoors has served as an escape for Forsyth and her family. (They are currently on a mission to visit every U.S. national park.)

Salomon said it “recognizes that ‘Her Way’ does not include representation from every deserving community, but is honored to share the stories of Vuyiseka Arendse, Nancy Jiang, and Melody Buck Forsyth and looks forward to continuing to amplify voices from all communities in the future.” 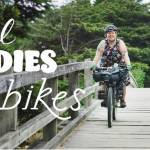 Fat Bikers: 'All Bodies on Bikes' Pushes for a Welcoming Cycling Community

'All Bodies on Bikes' focuses on inclusivity and creating a more welcoming cycling community. Shimano wants to be part of that. Read more…