Home » Apparel » What Gear Do the Pros Use for Natural Selection Tour? This Is the Ultimate Kit

After whittling down the field at the first stop in Jackson Hole, the second stop of Travis Rice’s Natural Selection Tour runs this week. We dove into the remaining riders’ gear closets to curate the ultimate Natural Selection kit.

Women’s finalists Robin Van Gyn and Elena Hight and men’s finalists Sage Kotsenburg and Jared Elston will probably lead the field. But you can’t count out the rest of the riders, either: Mikkel Bang, Travis Rice, Torstein Horgmo, Ben Ferguson, Dustin Craven, and Blake Paul on the men’s side, and Marion Haerty and Hana Beaman on the women’s side.

And that’s not all: Olympians Zoi Sadowski-Synnott and Mark McMorris are also joining the fray (after skipping Jackson’s comp, you know, because they went to Beijing). McMorris and Sadowski-Synnott received special invites since they both won the Jackson stop last year.

The competition is undeniably fierce, and only top riders in Baldface will earn a ticket to the final stop of the Natural Selection Tour. And when the competition is this stacked, what it all boils down to is how well they ride, and what people are riding (the gear we’ll highlight below).

Baldface. The very word evokes goosebumps on the arms of snowboarders the world over. For those unfamiliar, Baldface is a cat ski operation and lodge deep in British Columbia’s Selkirk Mountains.

The outpost borders the backcountry outside of Nelson (there’s maybe no finer ski town up North). It’s home to drool-inducing terrain, more pillows than Mattress Depot, and, if local snow dances and prayers are answered, a prolifically deep snowpack.

Beyond the obvious draws, though, there’s a sense of history that makes Baldface the heart and soul of snowboarding. Craig Kelly, the pioneer of professional freeriding and a co-owner and guide at Baldface, called Nelson home. He died in an avalanche in 2003.

An iconic curved cross stands atop a ridge at Baldface, paying homage to the fallen freerider. So it’s no surprise that boarders from around the world make the pilgrimage to Baldface.

While countless sends have taken place at Baldface over the years, the locale is perhaps best known as the venue of Travis Rice’s Supernatural and Ultra Natural competitions, which took place in 2012 and 2013, respectively.

Both competitions went down on the aptly named “Scary Cherry,” a 45-degree pitch rife with wooden ramps and towers. When caked with BC’s famous fluff, the course has some of the gnarliest takeoffs in the history of snowboarding.

Now that you have a feel for the tour, the venue, and the riders, let’s dive into their gear.

What Are Today’s Snowboard Pros Wearing?

We combed through these riders’ gear closets (and drilled them with questions) to discover the ultimate head-to-toe kits. What is hands-down the best boot for snowboard pros right now? How about the best jacket? How can you channel the Natural Selection look and vibe?

From helmets down to the boards, this is what we’d be rocking if we were on a resort and sidecountry mission to Jackson, a cat trip to BC, or a heli trip in Alaska.

This is the ultimate gear of the Natural Selection Tour Pros. 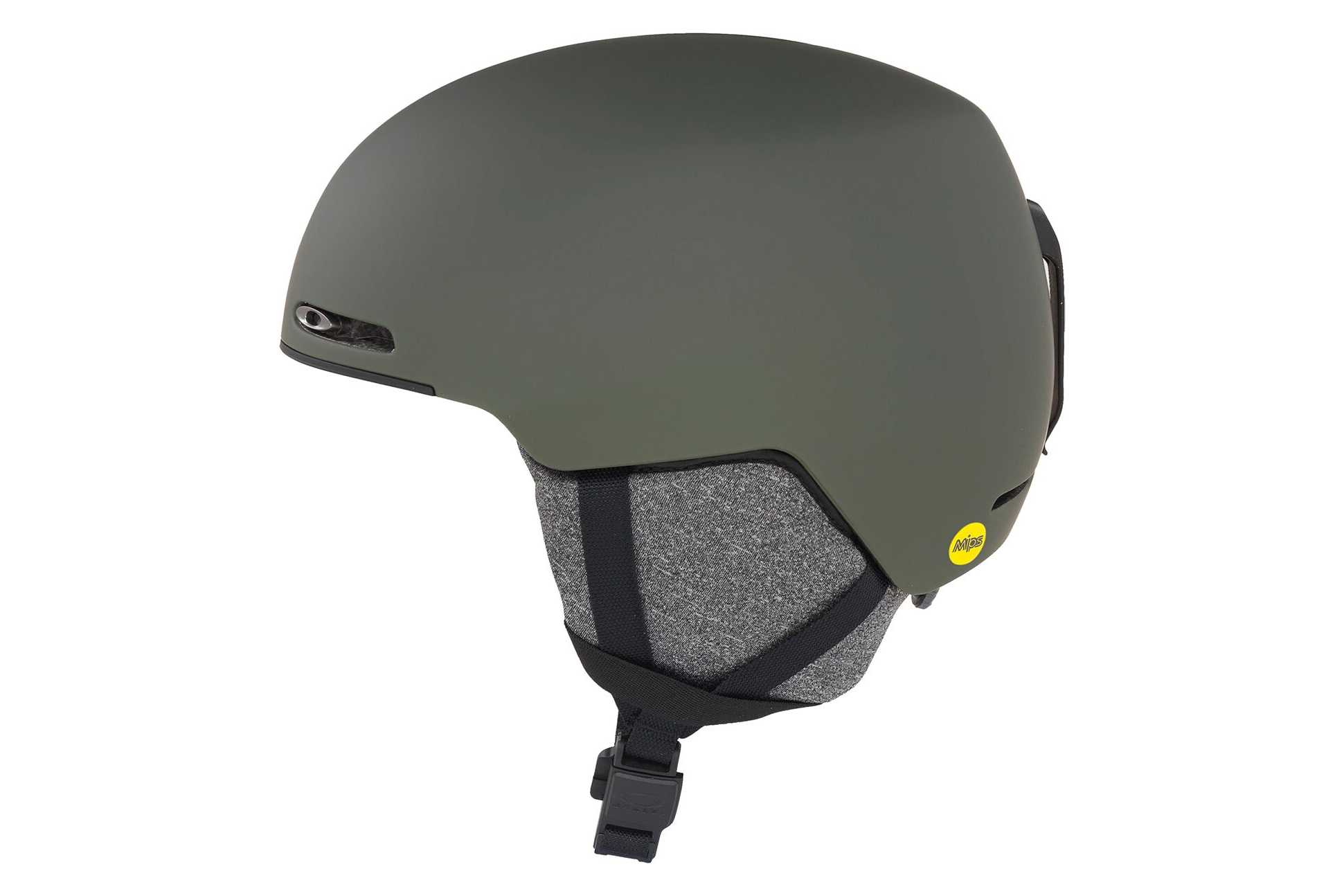 Sage Kotsenburg didn’t so much as stumble during his rampage to the top of the podium in Jackson, but if he had, Oakley’s Mod 1 ($130) was at the ready to absorb impact and protect his dome.

We’re big fans of the Mod 1 for backcountry riding, as it sports MIPS’ industry-leading tech and it was one of the lighter helmets competitors were using in Jackson. That said, it’s not the most breathable helmet on the market — if you’re hiking, stash the helmet in your pack, and then strap up at the summit. 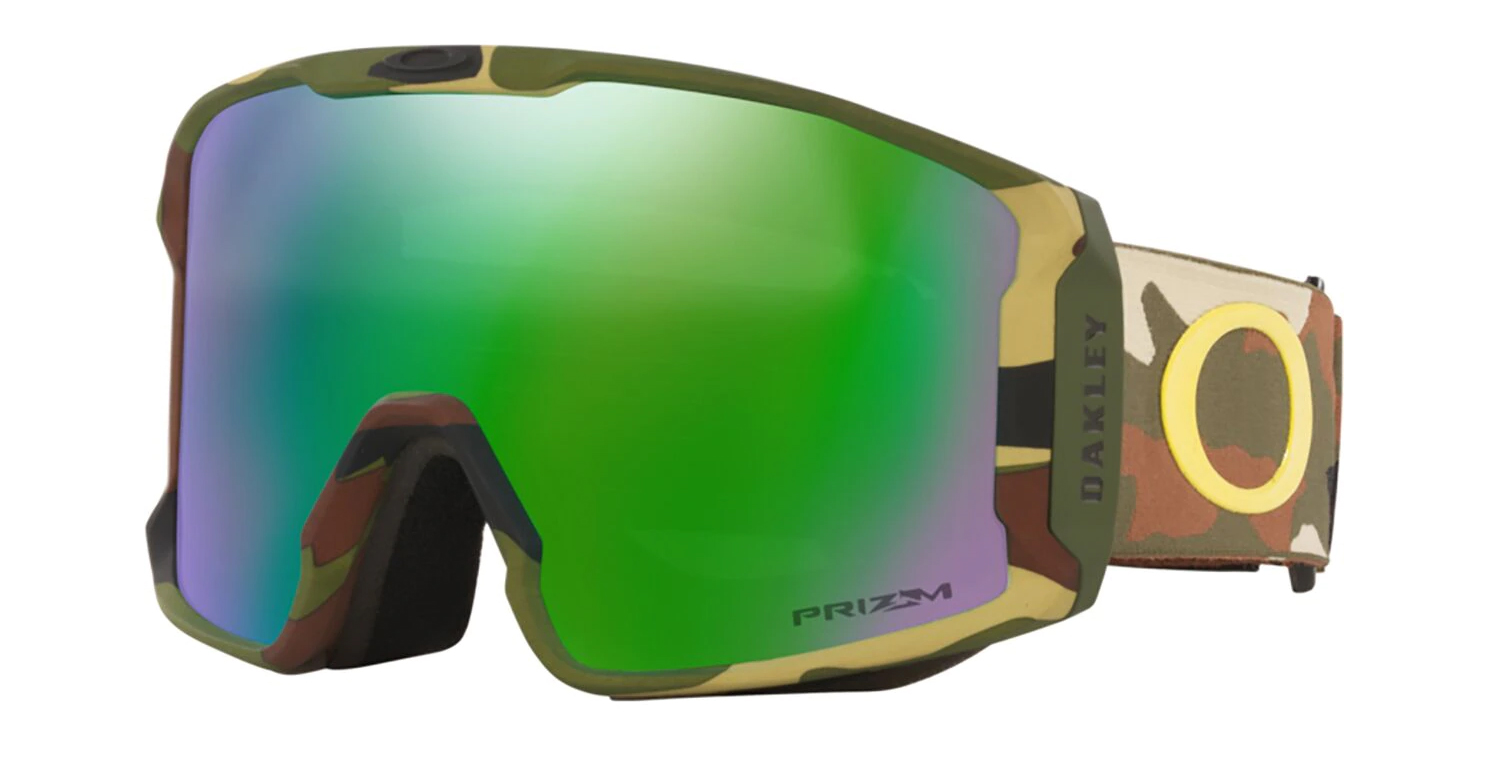 These Oakley gogs ($164) are Kotsenburg’s go-to. We’re big fans of the Line Miners, as they’re a top-tier cylindrical option that balances affordability with high-performance optics. Plus, the fit is comfortable with myriad helmets, the style is classic, and Kotsenburg’s signature color scheme is certified heat. 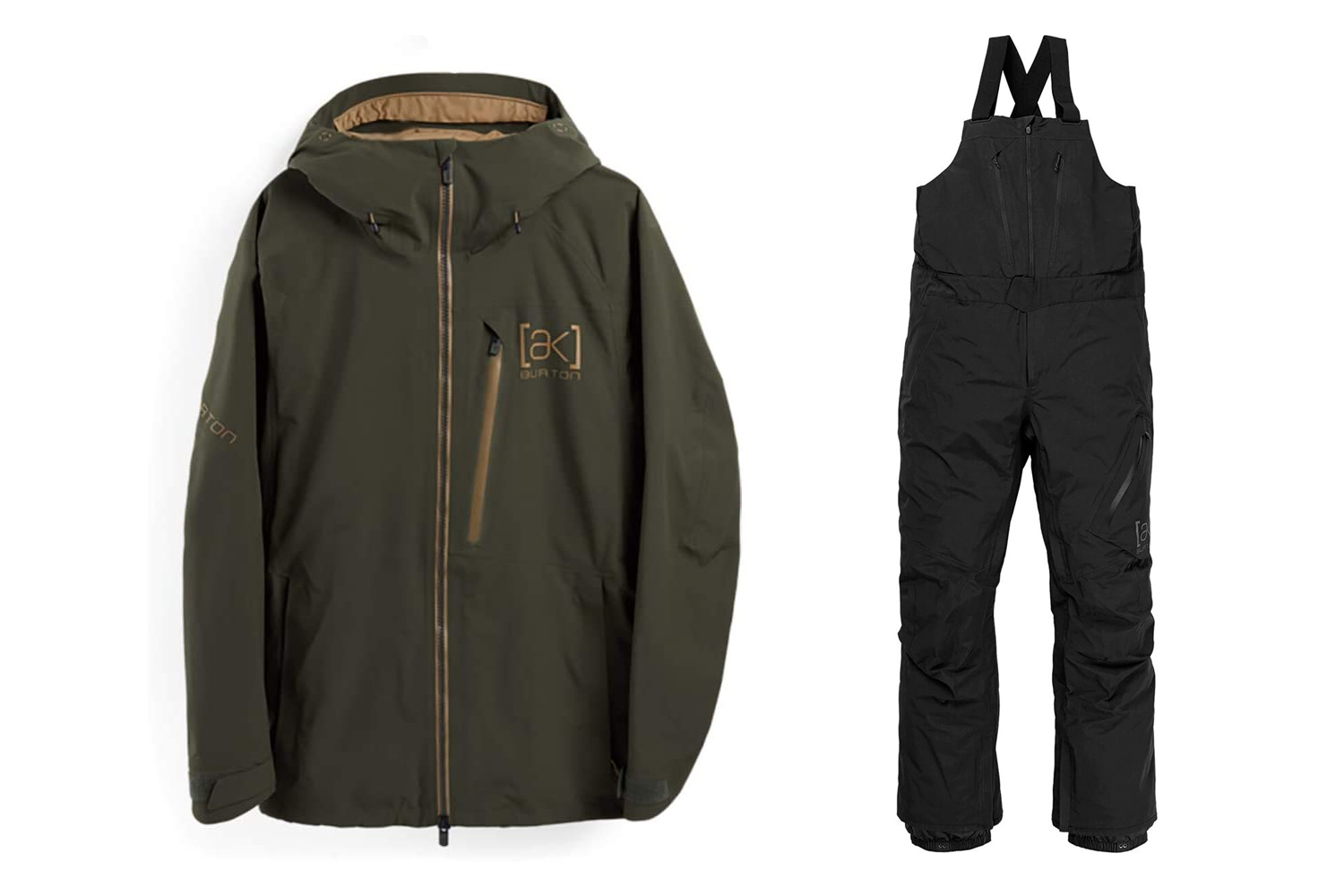 When it comes to style, last year’s Natty Select champ Mikkel Bang is in a league of his own. You might not be able to throw switch back threes like Mr. Bang, but you can at least look the part with this Burton [ak] Cyclic kit.

When hiking to sidecountry stashes, the Cyclic Bib’s ($440) inner thigh vents allow you to blast the AC where you need it most. Go with the monotonic, head-to-toe khaki kit to hit the backcountry with a Bang. 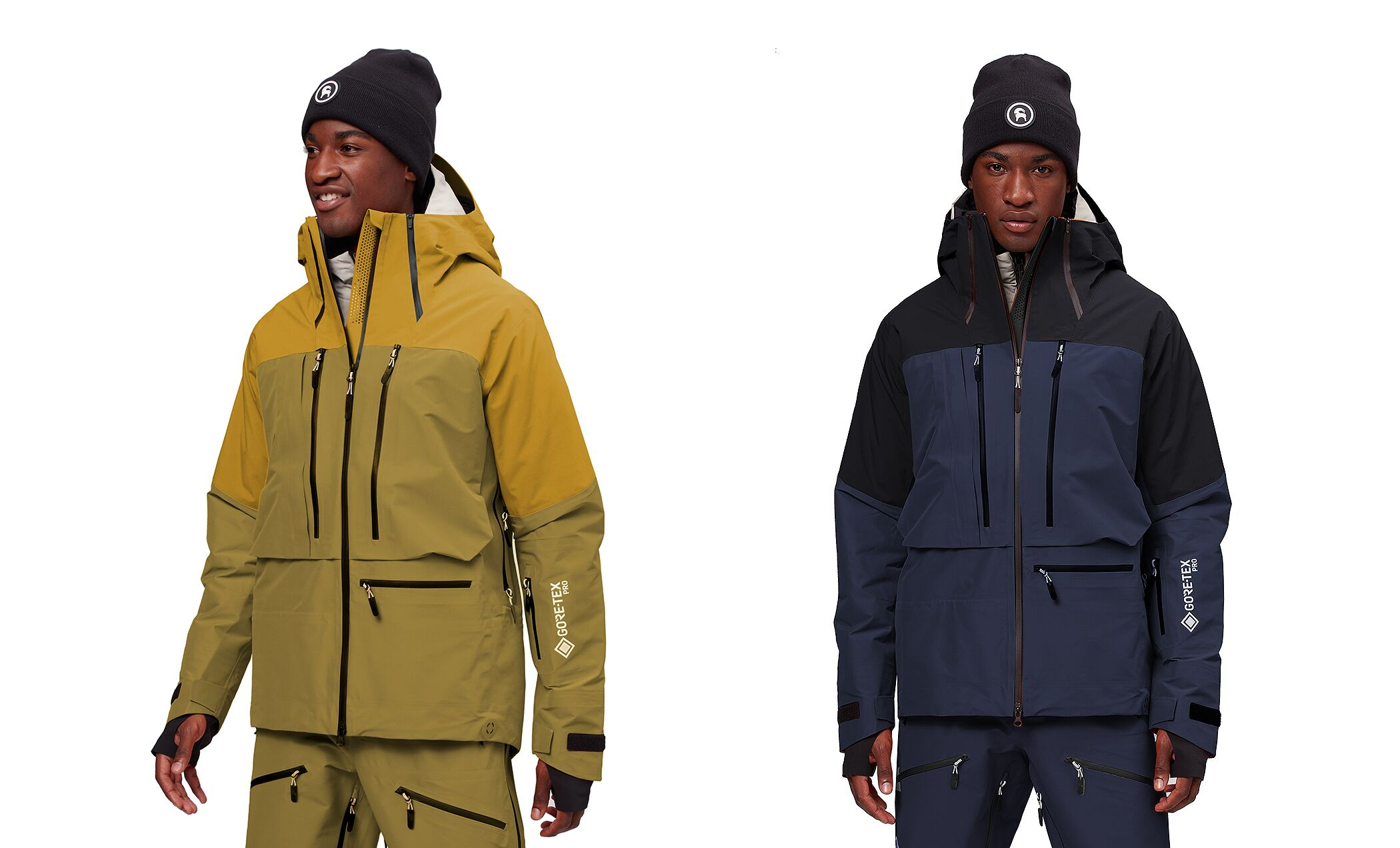 If you’ve been admiring the outerwear that Natty Select crew members are rocking during the broadcasts, check out Backcountry’s Cardiac Jacket ($384) and Bibs ($349). We tested this outerwear during the Natural Selection in Jackson, on a hut trip in Telluride, and at home in the Sierra, and we couldn’t be more impressed.

The GORE-TEX Pro Cardiac kit is bombproof and purpose-built for deep snow, heavy weather, and bell-to-bell riding. It’s not the lightest option in Backcountry’s arsenal — check out the Notchtop ($254) if you’re looking for a lighter, more breathable tour-friendly option.

But if you’re hard on your outerwear, require indefatigable weatherproofing, spend long days in and out of bounds, and like to save dough on gear, hit Backcountry right now, as these kits are currently heavily discounted.

One note: fit’s on the smaller side — if you’re between sizes or like a baggier fit, be sure to size up. 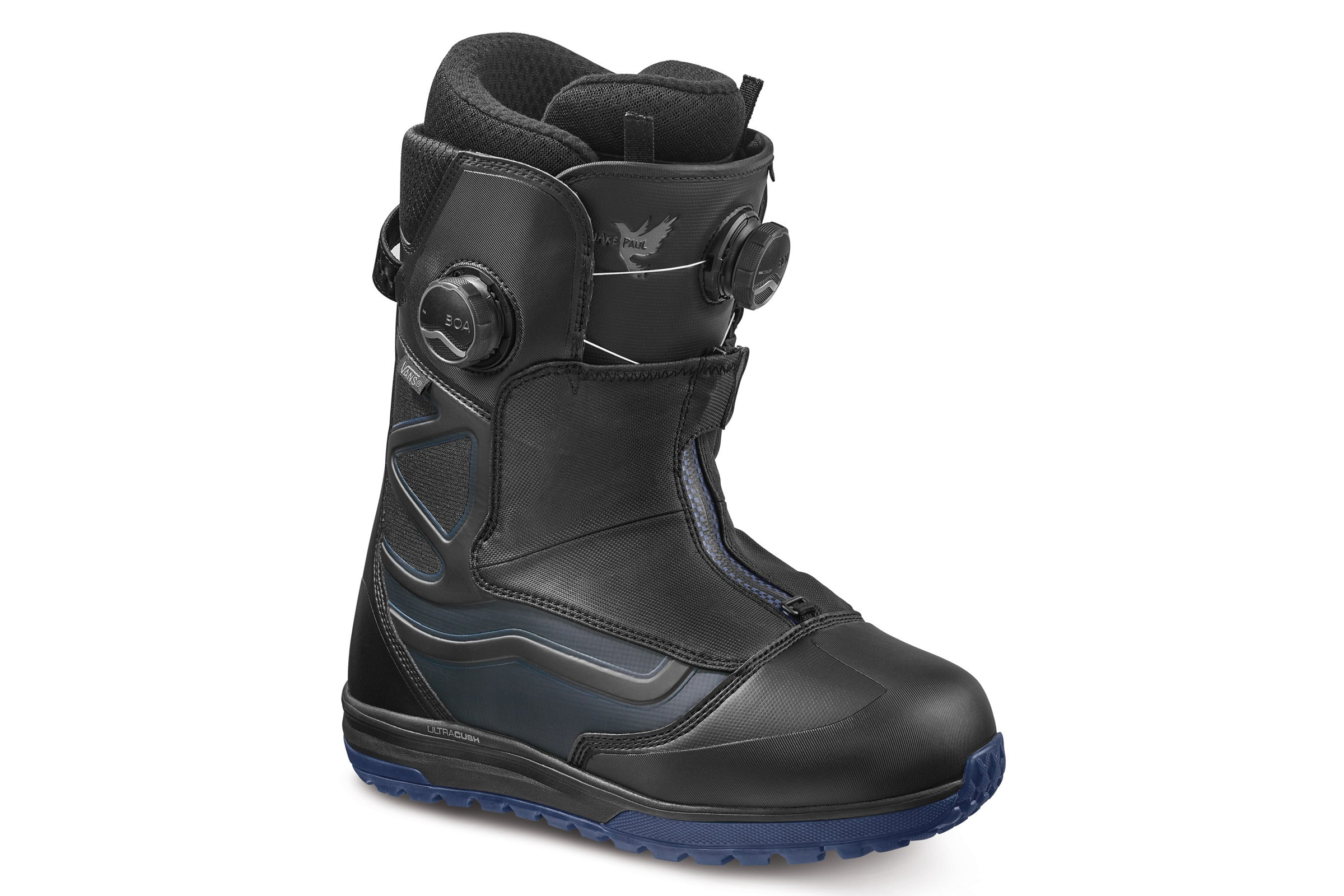 Blake Paul’s got a signature Verse ($420) color scheme this season — it’s black and blue, just like most mortal snowboarders would be if they tried to follow Blake’s line through a Natural Selection course.

Jokes aside, the Verse is a bombproof and powerful boot with removable tongue stiffeners that enable you to customize flex. A classic waffle midsole supplies shock absorption, while dual BOA locks down the heel. Vans’ V3 PopCush footbeds gobble airtime and, in our opinion, are the best stock insoles we’ve ever tested.

Curious what boards the competitors will be riding? We’ve got the details on that too. 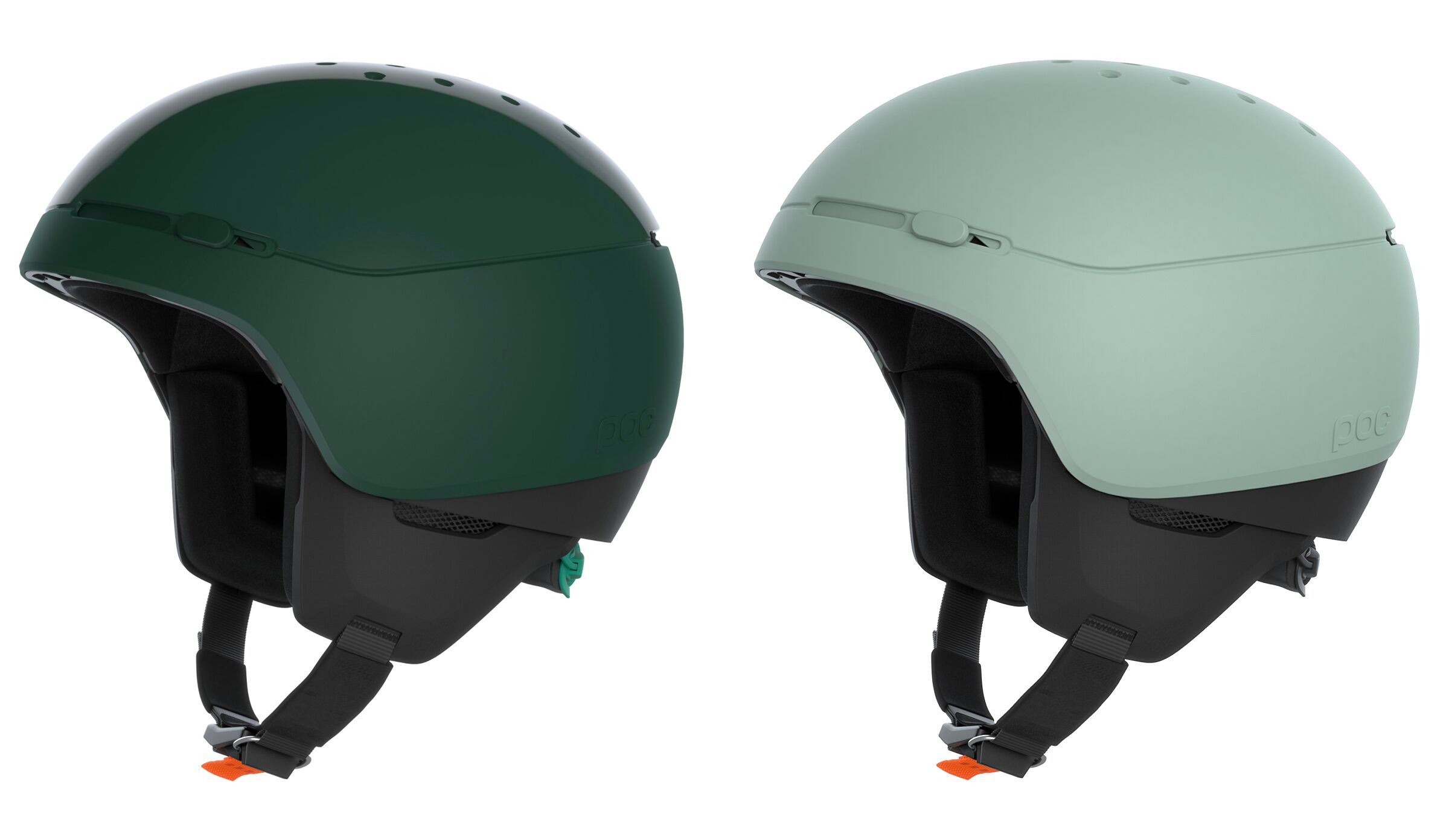 If you’re charging at high speeds like French freerider Marion Haerty — or you simply value your noggin — POC’s Meninx ($180) is a solid option — emphasis on the solid. This helmet is on the heavier side, but the construction (a multi-impact EPP and EPS foam liner wrapped in a durable ABS outer shell) inspires confidence.

As evidenced by her skill on any mountain — but especially by her overall title win in Alaska last winter — RVG is always keeping an eye out for soft landings.

The cylindrical, flexible-framed Opsin Clarity ($130) is one of POC’s more affordable offerings, but it still sports the premium, contrast-enhancing Clarity lenses that riders like Robin require. Pair it with the POC Fornix for seamless fit and style. 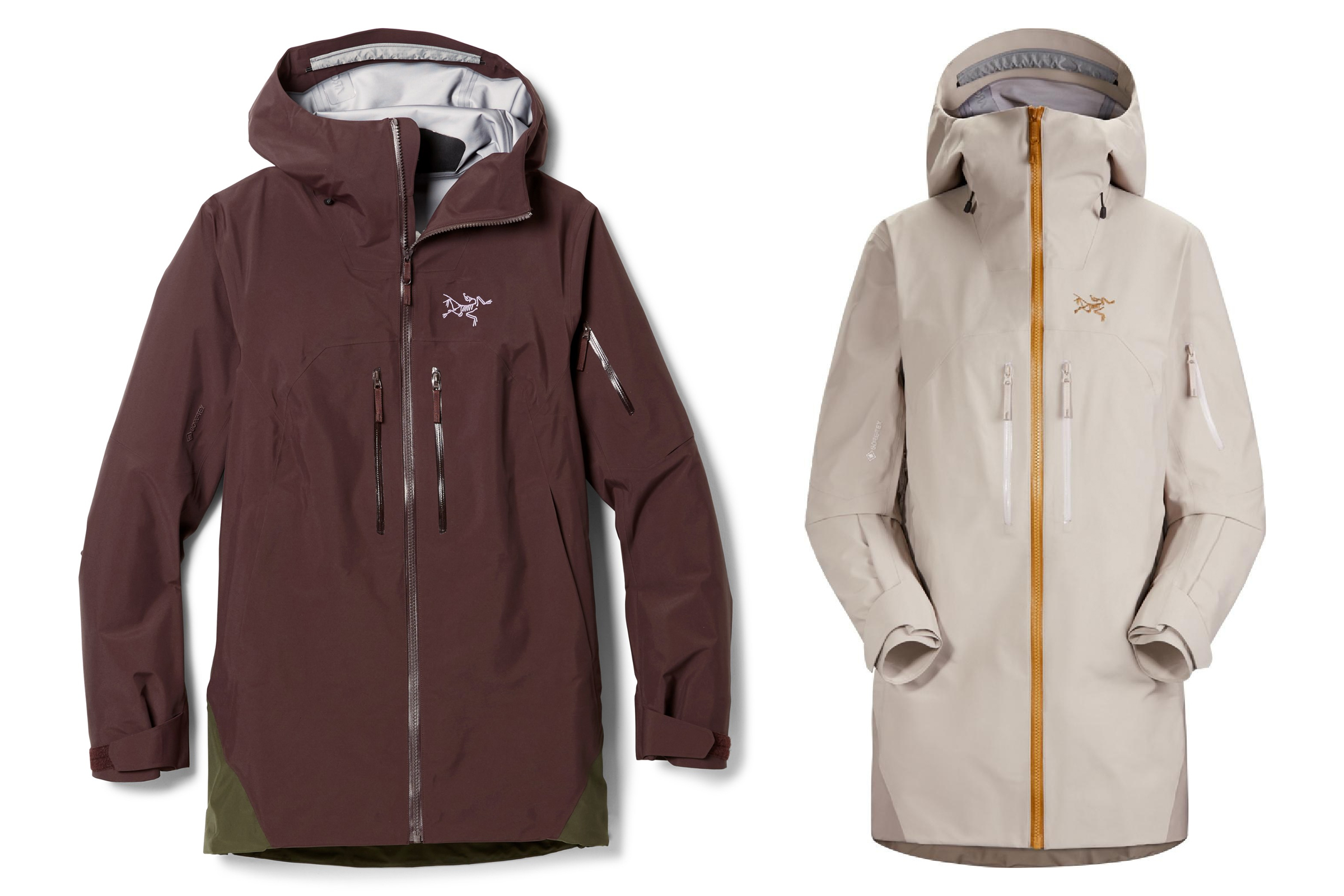 Arc’teryx’s women’s snowboard team is stacked right now thanks to the recent additions of Elena Hight and Van Gyn. Both Natural Selection riders are rocking Sentinel LT kits this season, which sport GORE-TEX for storm shredding and a C-Knit backer for bootpackin’ breathability.

This year, Arc’teryx extended the cut and adjusted the fit at the hips of the Sentinel LT Jacket ($699), giving freeriders more protection on powder days and more comfort on uphill and downhill alike.

The price is hard to stomach, but given our experience with Arc’teryx shells over the past decade, the Sentinel LT will likely last many seasons of heavy use, while cheaper shells tend to fail at a much quicker rate. 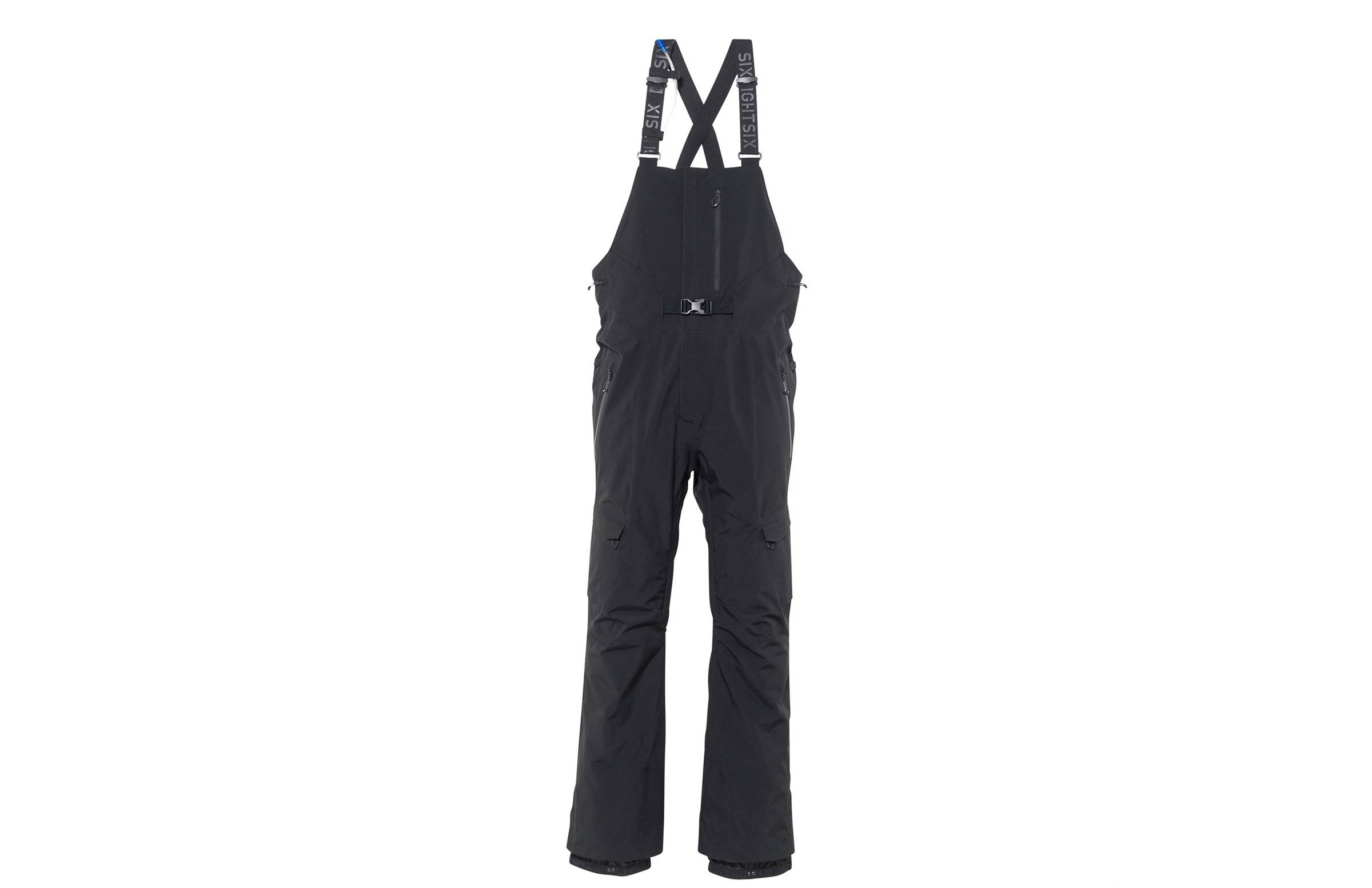 Most resort riders don’t rip with a backpack, which means they don’t have water on hand. Shred longer and combat dehydration like Hana Beaman with 686’s innovative Hydrastash ($340).

A 0.75L hydration reservoir wraps inconspicuously around the waist — you won’t even realize it’s there until you’re catching your breath in the liftline and thinking, “Damn, I could sure use a drink.”

While the hydration system is a novel concept, 686 knows that riders like Beaman value outerwear performance above all else. Thankfully, the Hydrastash’s two-layer infiDRY fabric can defend against the PNW precip Beaman so often encounters. 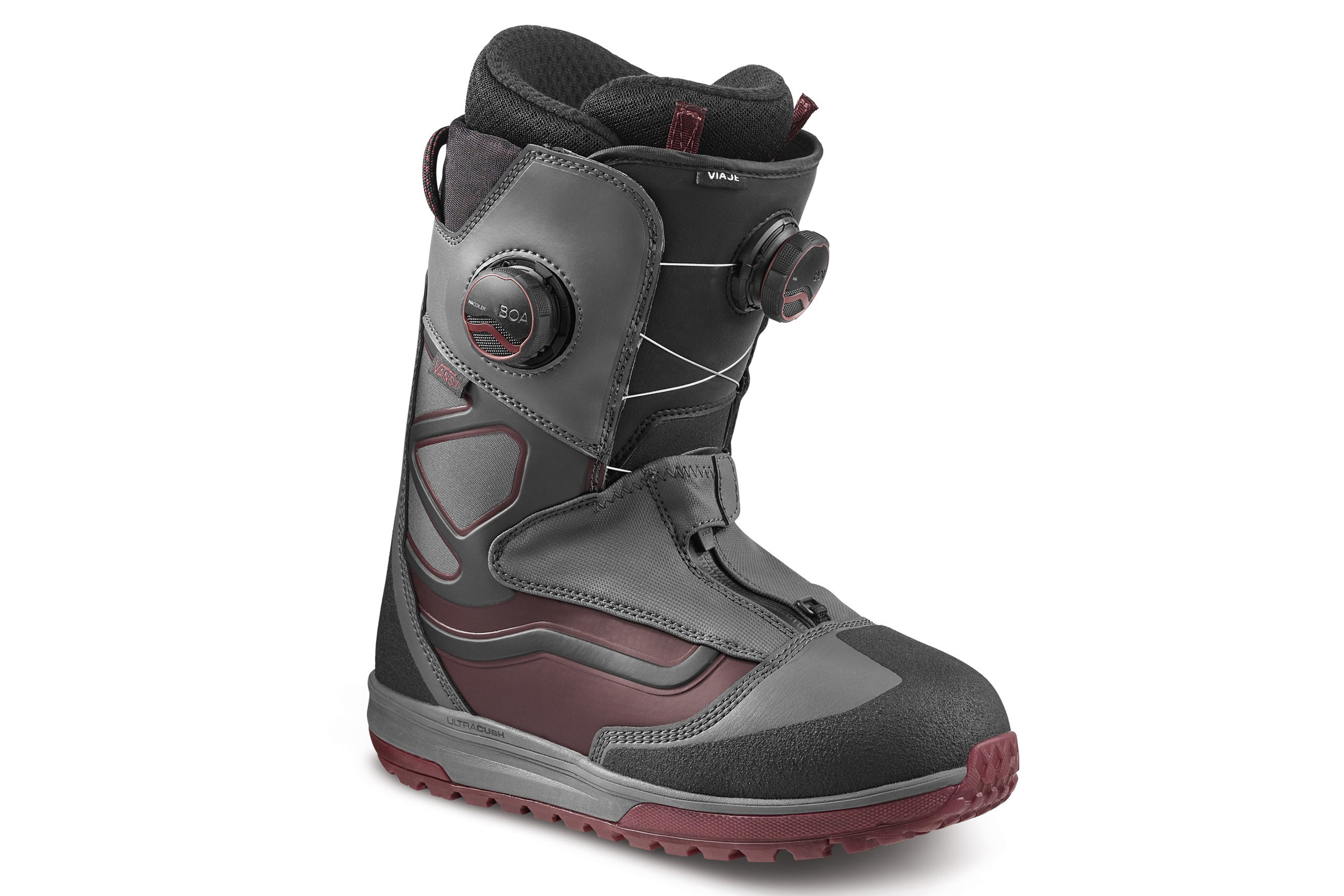 What do Leanne Pelosi, Marie-France Roy, Spencer O’Brien, and Marion Haerty all have in common? Aside from being some of the best backcountry riders in the history of women’s snowboarding, they’re also all riding the Vans Viaje ($380).

That’s four out of eight of the female riders who were invited to Jackson. Half of the freakin’ field. If that’s not a testament to the Viaje’s charging chops, what is? (They are also a GearJunkie staff favorite.)

Designed after the Vans Verse, the Viaje is packed with more tech than Silicon Valley: BOA closures, FlashDry liners, removable, heel-locking X-cages, removable tongue stiffeners, you name it. For riders like Roy, the Viaje gives women the response and fit they demand.

“I’m riding the Viaje, which I absolutely love. It’s been a long time coming that I’ve been looking for the perfect boot, and Vans nailed it with this model,” Roy said.

“I’ve never had a better boot. Really, really hyped. It’s just durable, comfortable, still a good flex, not too stiff, and they’re warm and high performance. To have the zipper so the snow doesn’t get in — we’re getting the features that normally only the men get, and that’s really cool.” 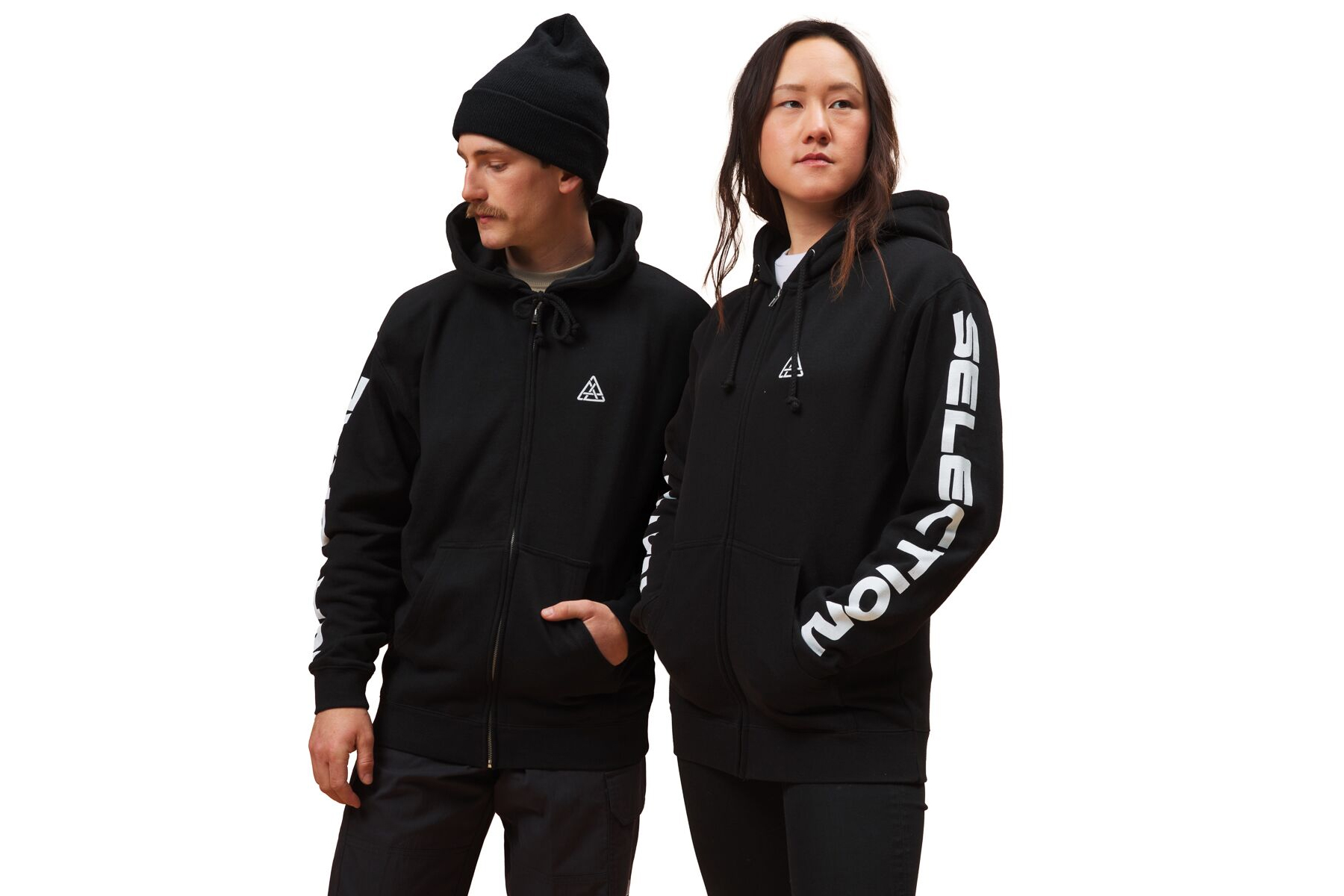 Aside from the pro-level kits above, if you’re looking to keep the NST vibes high pre- and post-shred, check out the Tour’s run of merch at Backcountry. There’s the expected — comfy, debonair T-shirts and hoodies ($79), as well as steezy hats ($35). We’re big fans of the insulated YETI drinkwear ($65), perfect for keeping coffee piping hot on the way to the trailhead.

The Favorite Gear Athletes Use for Kings & Queens of Corbet's

We've wondered what it's like to drop into Corbet's in terms of mentality. What about gear? We talked with the athletes about their competition essentials. Read more…

We tested the best ski poles for 2022 with options for every style and budget. Top picks include Salomon, Rossignol, and more. Read more…

Up Next: US Olympic Snowboard Debacle: Why Did IOC Penalize Julia Marino for ‘Prada’ Logo?

Saving…
US Olympic Snowboard Debacle: Why Did IOC Penalize Julia Marino for ‘Prada’ Logo?
Sale: The Patagonia Nano Puff Jacket Is Up to 40% Off
×