Home » Biking » Unorthodox Gear: Would You Pedal An ‘Oval’ Chainring?

The big gear a cyclist pushes is traditionally round, a perfect circle of spinning teeth. But what if the chainring wasn’t round at all? Here we review oval and other non-round chainrings to test claims of increased performance with each pedal stroke. 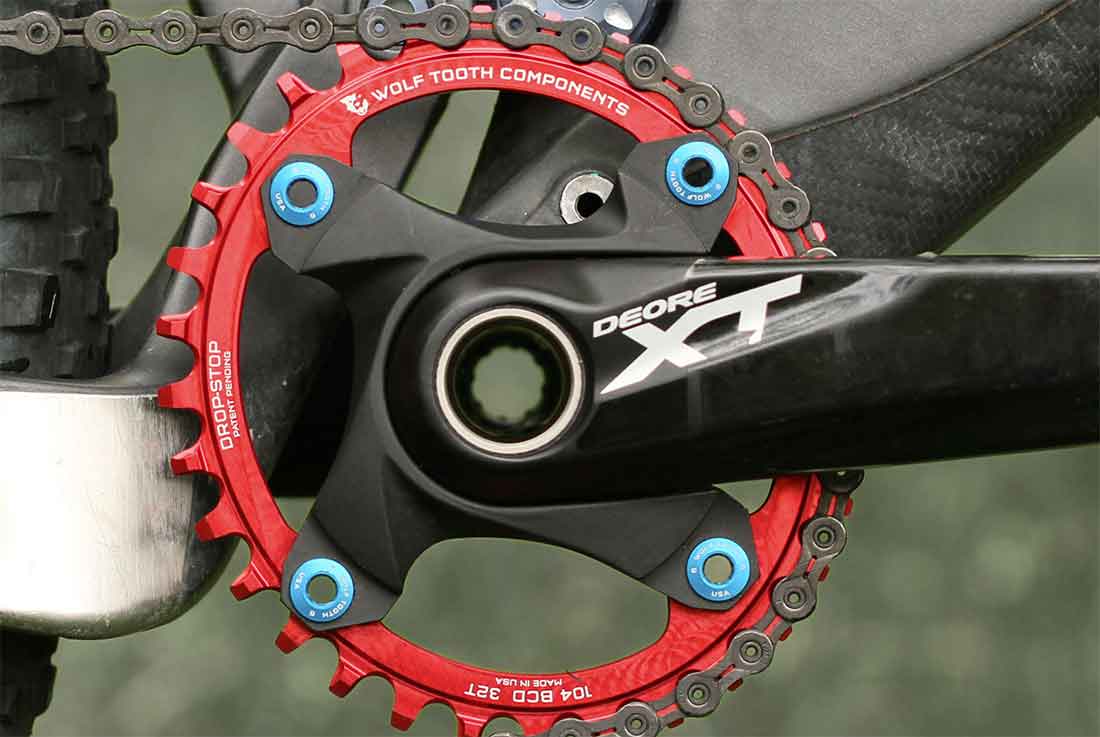 Perhaps you’ve seen strange, non-round chainrings out on the trail or in a group ride. Are they making other riders faster? Short answer is, probably not much. But you should still consider these non-traditional gears. Here are our thoughts after many miles on roads and trails with oval chainrings.

When you pedal, you are strongest when the cranks are horizontal to the ground, weakest when they are vertical. The power we make is different at varying positions in the pedal stroke due to our body mechanics. Most bikes have circular chainrings, which do not account for this.

Non-round chainrings do account for the variance. They allow a rider to do more work during the power phase and then quickly spin through the dead spots.

They’re not magic. In fact, only some studies on non-round chainrings show improved performance. We found four studies that revealed improvement, and five that did not. (But note that no studies show a decrease in performance.) 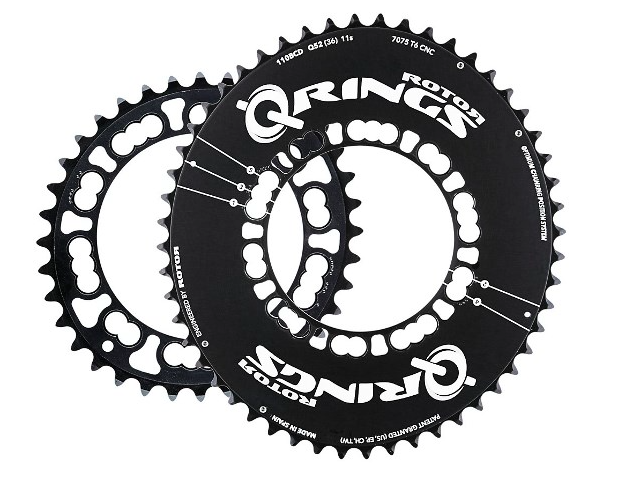 The take-away? According to these studies, the non-round rings may or may not make you faster. If they do, it’s not by much.

We’ve been riding non-round chainrings for more than a year now. How could a GearJunkie not at least try them, right? We first tested them out a few years ago after Bradley Wiggins and Chris Froome showed up to the Tour De France with Osymmetric and Rotor rings on.

Most oval chainrings have a relative difference from strong spot to weak spot of about 10%. For example, a 32-tooth ring feels like a 34-tooth in the power phase, and a 30-tooth in the dead spot.

The fluctuating difference feels a bit strange at first; the downstroke of the pedal feels almost like you are going up a hill, then, quickly, that resistance drops, pulsing with each pedal stroke.

But as anyone who rides oval will tell you, the odd sensation disappears very quickly. It’s not very dramatic. After just 15 minutes of riding the sensation fades and your attention shifts back to the trail.

Although they don’t necessarily have a big measurable power or efficiency benefit, we like them, particularly on mountain bikes. Oval rings help a rider quickly spin through the dead spot when climbing loose soil, bogged down in sand, or hung up on a rock, for example.

We also notice a bit less shifting needed, such as during punchy climbs. The quick recovery through the dead spots allows the rider to maintain the gear up over the hill.

Some riders also claim increased traction. We don’t necessarily agree with this, but it is possible if your pedal stroke feels more smooth on an oval ring, which we think it generally does.

Aside from these advantages related largely to mountain biking, we do also simply like they way they pedal. The reduction of work your legs have to do in the dead spot simply feels good once you get used to it.

Oval chainrings are not the only non-round shape. Jean-Louis Talo, a French mechanical engineer who designed the Osymetric chainring, has taken the oval concept even further with his extreme “bi-cam” shape.

The “bi-cam” goes further to reduce the dead spot and pour on the power exactly when your legs are strongest. As you can see by the image the curve of the ring is not gradual, instead it has two sharp curves, or cams, which transition force quickly between power phase and dead spot. It looks like an egg with squared-off sides.

He continued, “A bicycle chainring is round because at one time that’s all factories knew how to produce.”

Osymetric Rings have a more extreme relative difference in effort from strong spot to weak spot, of about 18%. We can feel this difference. In fact, when pedaling at a cadence above 110, there is zero resistance at all in the dead spot — the rider physically cannot accelerate the pedal fast enough to apply any forward pressure at all when spinning quickly.

The bottom line is that we like the Osymetric rings, perhaps even more for certain applications like time trials and road race sprints. They are more effective at accurately increasing resistance where the leg is strong and decreasing where the leg is weak.

What about pedaling while standing up?
I was a little worried that an oval ring would mess with the “feel” of stand-up pedaling too much. But it feels just fine. In fact, I really like how non-round rings feel when standing. Stand up pedaling exaggerates the inefficiency of our pedal stroke because it places more emphasis on the downstroke — a dramatic side to side stand-up sprint feels extra powerful with a non-round ring.

The Osymetric is particularly solid when standing. But both Osymetric and oval have potential drawbacks, see below.

Shifting Performance decreases. Round rings shift better than oval, and oval better than Osymetric. The Oval rings are not too significantly affected — the difference is small enough that running concurrently with other round rings works fine. But the Osymetric rings present more problems. As you can imagine, a derailleur’s job of moving the chain side to side gets harder to do when the rings are not round. For example, if the derailleur attempts to push the chain onto an Osymetric ring when the tall part of the cam is in the derailleur cage, it might bind for a moment until the rider rotates the ring into a position more likely to catch the chain and complete a smooth shift.

Front Derailleur set-up is more difficult. Again, the Osymetric ring causes more trouble than the oval for the same reasons outlined above. But with both, the front derailleur must be adjusted perfectly in every dimension (vertically, horizontally, side to side) to avoid rubbing and ensure crisp shifts. Although we had good luck, we have heard that some riders need to customize their front derailleur mount to get an Osymetric ring set up properly.

Increased noise. This is mostly an issue with the Osymetric rings. The way the chain falls onto the flat portion of the ring can be heard as a rhythmic pulsing as the chain rises and falls over its tall cams. Interestingly, an oval ring does not cause much of a sound, and we were surprised to see that the length of the chain does not change with an oval ring. Not one bit, you can even run them on a single speed. This is not the case with the Osymetric. A derailleur is needed to accommodate the small increase and decrease of the number of teeth engaged with the chain. This pulse is what encourages me to call them “wobble cogs.”

We have ridden both oval and Osymetric rings for over a year now, for thousands of miles. What is on our bikes now? Oval ones. The advantages are small but they feel smooth and powerful when you get used to them.

The small bump in performance on a mountain bike, or sprint power on a road bike, and the smooth powerful pedaling feel they offer are enough to keep them on for good.

People ask if we ever miss the old round rings. The answer? Nope.