I’m probably not the only person who has only “visited” Dubai as an airport layover on the way to someplace else.

When it comes to international climbing destinations, it’s only recently that parts of the Middle East have begun getting the spotlight. But with Jordan’s Wadi Rum now featured in HBO Max’s new show with Chris Sharma and Jason Momoa, we can likely expect the region’s wealth of rocks to appear more prominently.

Cue the latest edit from YouTube’s Bouldering Jane, who tries out the “amazing” climbing of Dubai’s Tawaian Central sector. The area remains mostly undeveloped, given the car jack that a couple of climbers use to move a rock blocking a promising boulder. That’s likely why Bouldering Jane found herself a V7 first ascent (albeit with a sit start that might seriously injure a climber with less flexibility).

The area certainly looks like a fun time for boulder junkies. Who knows? If The Climb gets a second season, maybe Momoa and Sharma will host the next climbing competition in Dubai. 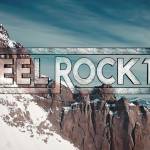 Reel Rock 13 Trailer: Climbing From Antarctica to the Wadi Rum