High above the arid San Luis Valley, carved into the rock of the distant mountains and far away from any remnants of civilization, lies a fantastic secret: Wheeler Geological Area.

It’s a vast, predominantly uncharted, seemingly alien world that rises above the subalpine meadows in the La Garita Wilderness. This place is a lost part of the mountains whose geologic history is even larger than the scars it has left on the landscape itself.

The site of an extinct supervolcano that caused one of the largest eruptions in Earth’s history now quietly sits as one of Colorado’s lost national monuments. Today, it’s hard to believe that more than 100 years ago Wheeler Geological Area was the second-most popular tourist attraction in the entire state of Colorado — after the fabled Pikes Peak.

In the days of horse-drawn wagons and carriage rides, the excruciatingly long journey here didn’t stop throngs of Victorian-era tourists from visiting the area. In fact, it was so popular President Roosevelt proclaimed it a national monument in 1908. 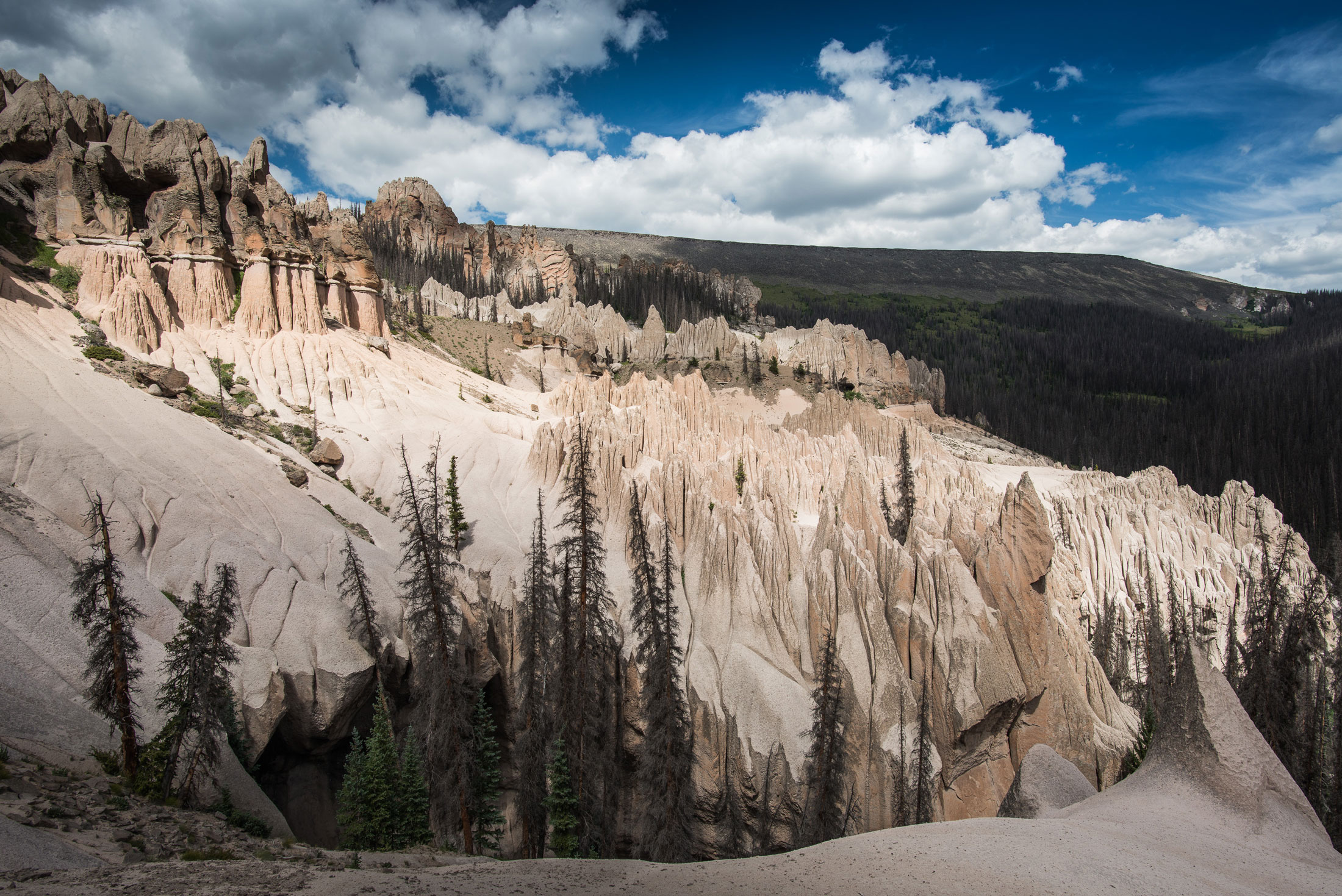 However, just before the dawn of the automobile, Wheeler was already becoming a derelict site. As more Americans began to adopt cars and create the rudiments of the highway systems across the U.S., Wheeler became a forsaken lost monument in the Colorado wilderness.

Visitation steadily declined from thousands of visitors at the turn of the century to fewer than 40 in 1943, with Wheeler’s status eventually downgraded to a wilderness area in 1950. And so, one of the nation’s lost national monuments became quickly forgotten in modern times.

Wheeler Geological Area: How to Get In 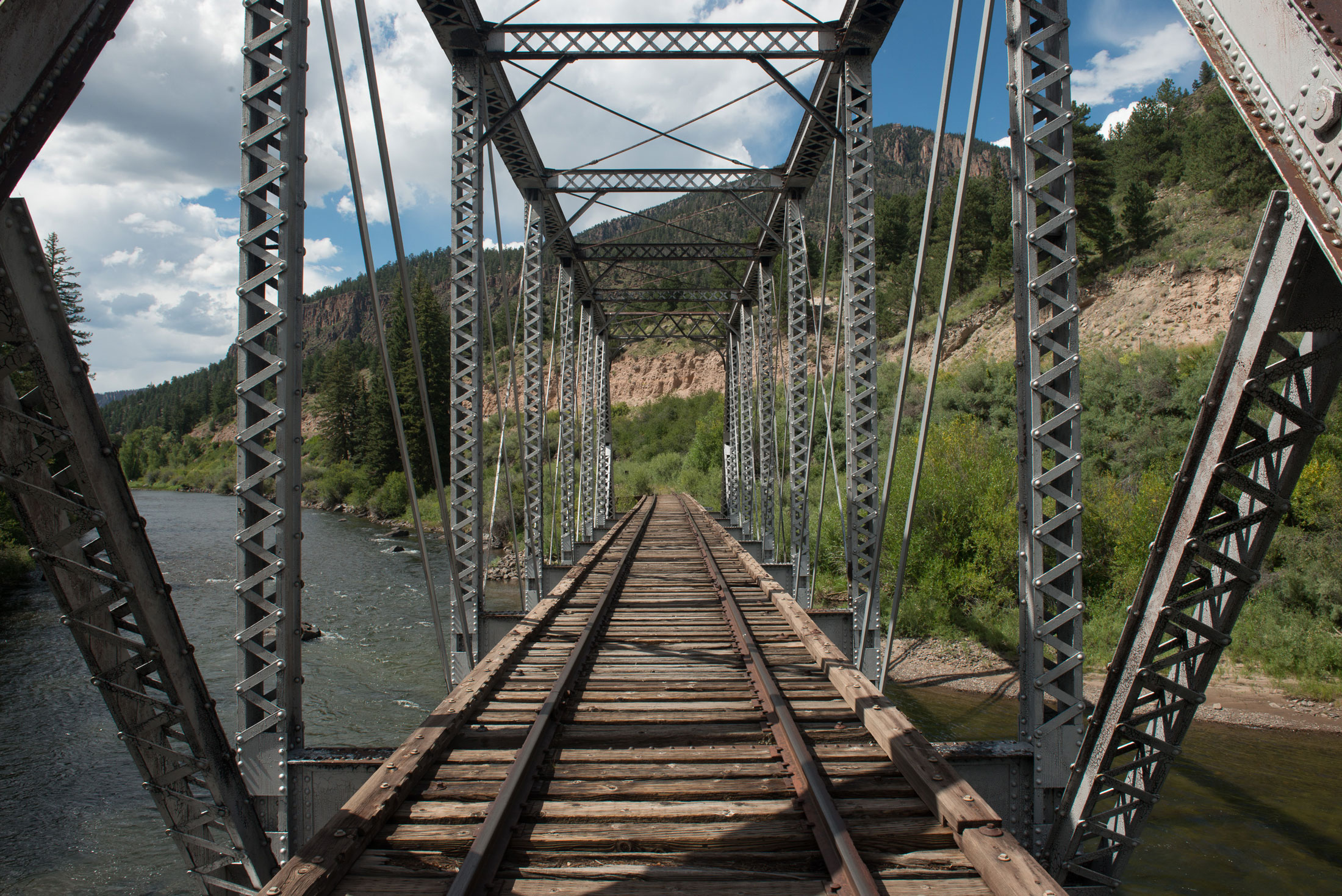 The area itself is notoriously difficult to get to, located deep in the San Juan mountains outside the once-booming mining town of Creede, Colorado.

The only two ways in are either by the grueling 14-mile Forest Service Road 600 or by taking the neverending East Bellows Trailhead 790, 7 miles to the entrance of the wilderness. Either way, it’s an all-day adventure with a mindblowing payoff at the end.

After calling the local ranger district and inquiring at several of the local outfitters about road conditions, I decided on the East Bellows Creek Trail rather than hike or drive. I mountain biked the first portion of the trail, but mountain bikers will need to be mindful that beyond the East Bellows Creek crossing, Wheeler sits inside a protected wilderness area. So no motorized vehicles — or bicycles — may traverse inside.

Thus, the the last part of the trail must be done on foot. 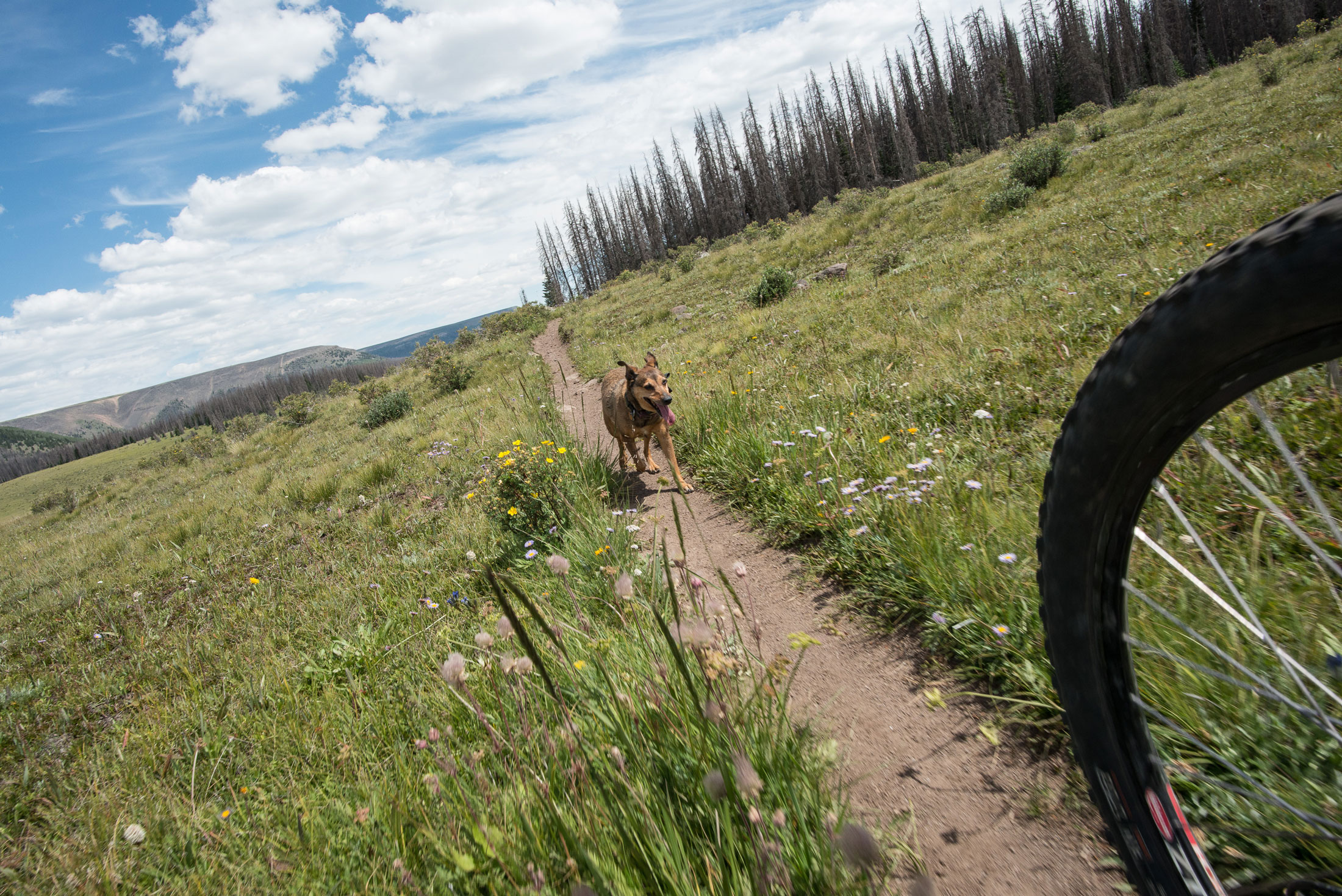 Because I opted to take the trail, I collected all my gear. This included my Garmin inReach, 3 L of water, and enough provisions for the day to head out. After leaving Creede, the first part of the journey is to travel up Pooltable Road for 10 miles to a junction known as Hanson’s Mill.  A passenger car can easily travel this road, which doesn’t require a high-clearance vehicle — yet.

At Hanson’s Mill, I picked up the trail to Wheeler, also where the beginning of Forest Service Road 600 sits. The first 2 miles of the trail meander down the mountainside to reach East Bellows Creek. There are no bridges here, and it might be impassable in the early spring months, so be prepared.

This is as far as you can bike, so it’s hike-a-bike from here on out. 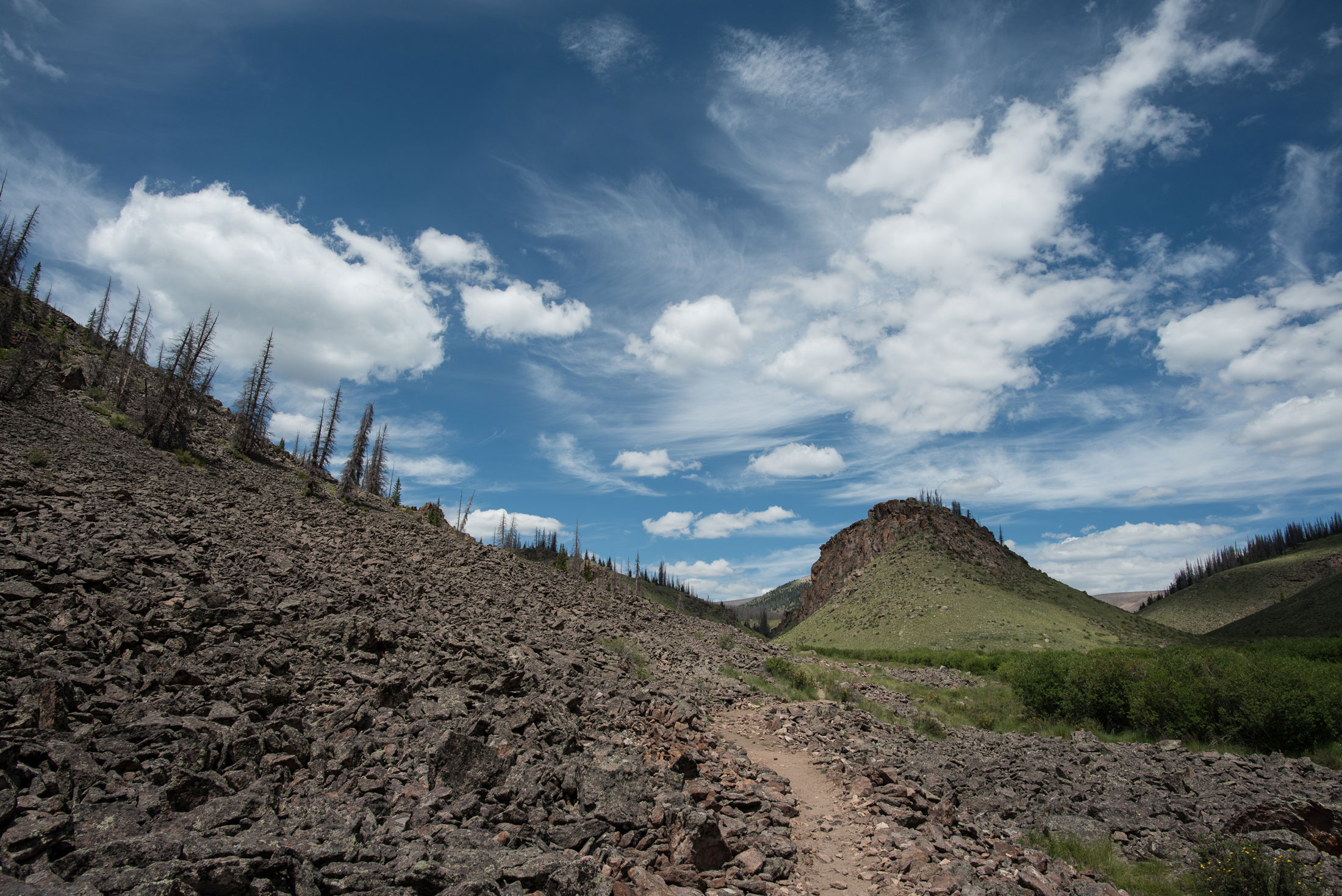 Climbing out of the lush, flower-filled river valley, the trail continues through mountain meadows and ancient forests now plagued by beetle kill. By mile 5, the trail converges with the Road 600 for the final steady push toward the entrance to Wheeler. Thankfully, you can remount your bike here to the parking lot.

The most surprising thing I found about this journey was that the views of Wheeler are obscured until the last half-mile when it finally presents itself towering above the mountains in the distance.

Here, you’ll find the parking area for the trail that leads to the formations.

I found a suitable place to leave my bike and started up the trail, stopping at the West Bellows Creek crossing to top off my water. There aren’t many signs to point you in the right direction, so bring a GPS to find your way. 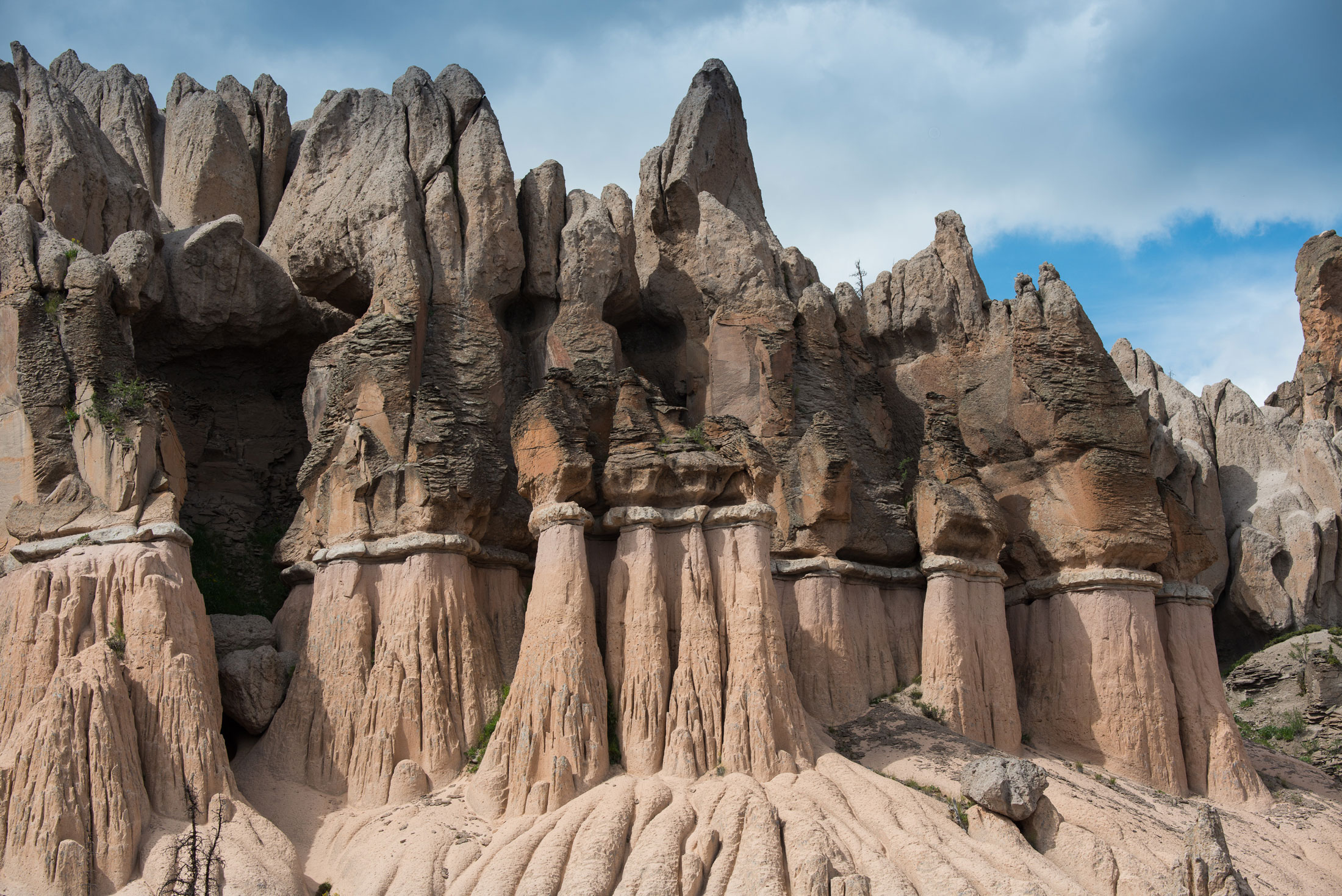 As I finished the final push upwards, the trees opened up to reveal an awe-inspiring landscape filled with gnarled hoodoos and spires of immense height. I felt as if I walked all the way from Colorado to Mars. I couldn’t have prepared myself for the sheer grandeur of Wheeler.

Peculiar rock formations here are the result of one of the largest volcanic eruptions in Earth’s history — one with more than twice the power of the Yellowstone supervolcano. Twenty-five million years ago, this area was an active supervolcano that buried the surrounding landscape with 1,200 cubic miles of ash and sediment, more than 300 feet thick in some places. 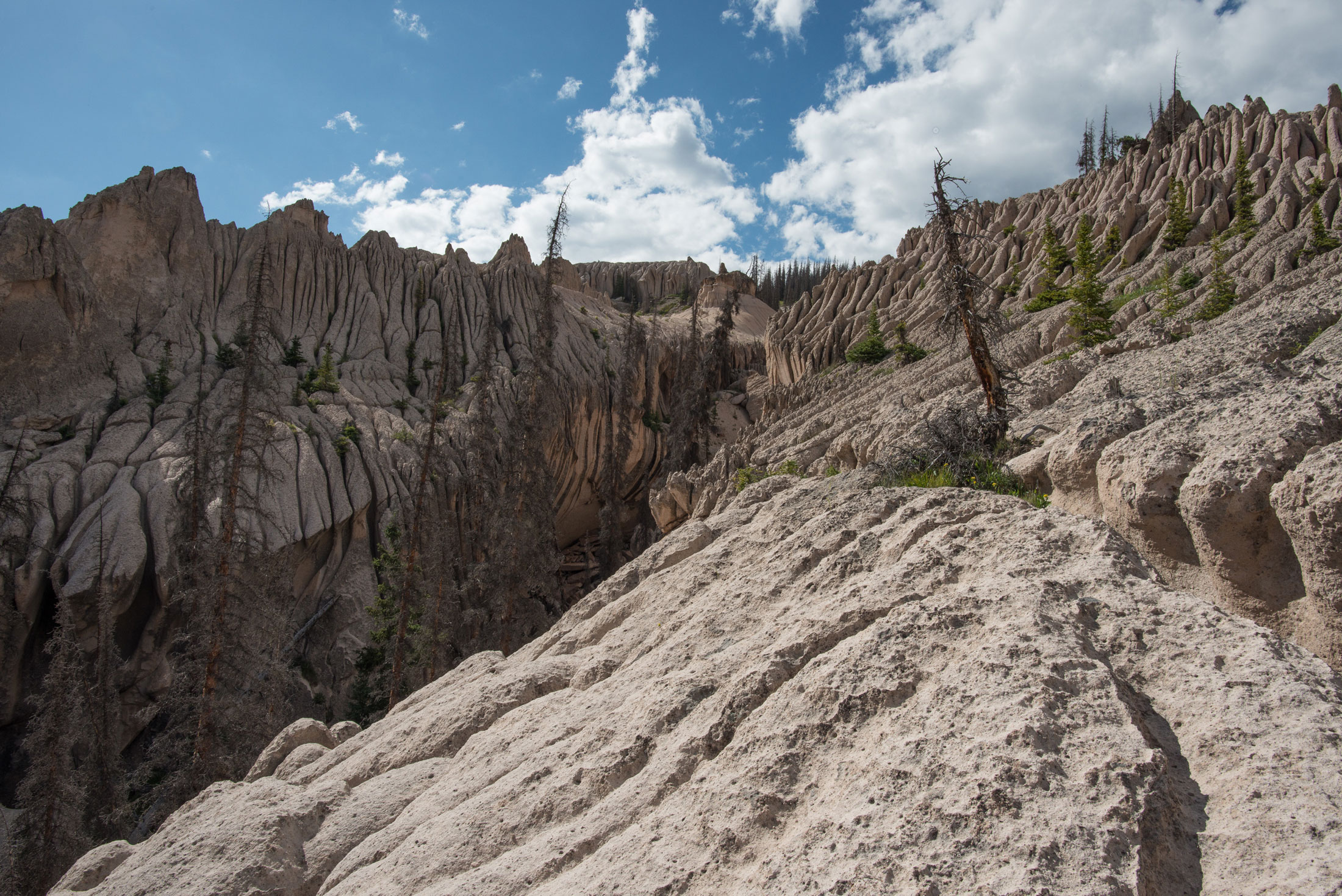 There isn’t a lot of scientific research about volcanism in this place, so much of the mystery surrounding the Wheeler Geologic Area remains a puzzle.

The erosion of the caldera created the massive and exotic-looking landscape jutting out of the forest. And millennia of wind and rain have carved incredibly deep grooves through the rocks and undercut the entire area to create a fascinating white rock gorge underneath. 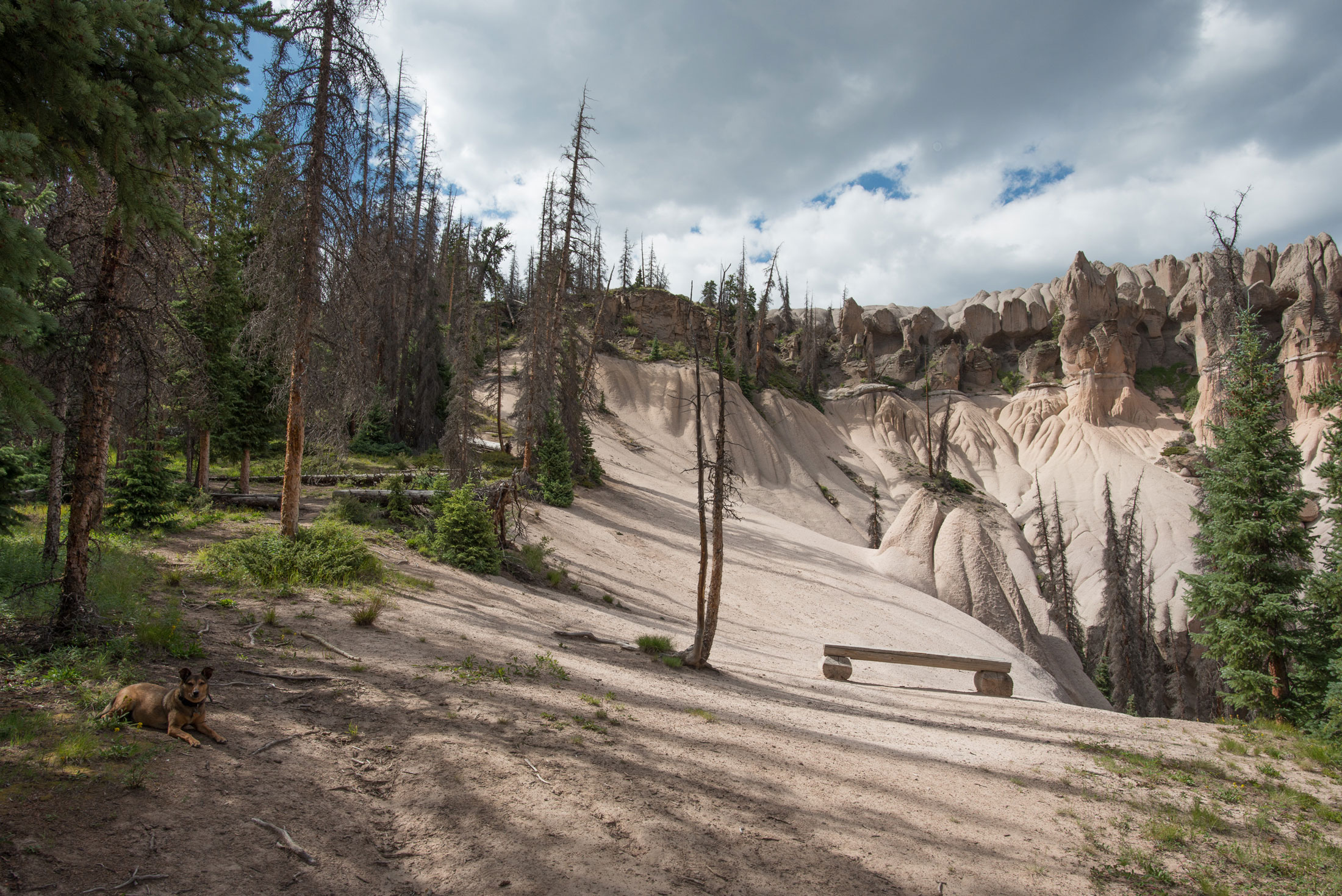 From here, you have two options. You can take the path up and around the formations, but trees obstruct most of the views. Or, head back down the path and take a small side trail to explore some of the gorges carved out of the rock. There are no signs here or any indications of where the path leads, but each turn reveals amazing glimpses at how weather shapes this truly unique area.

Each spur of the trail is more amazing than the last, and you’ll find yourself surrounded by deep chasms, dried up streambeds, and giant boulders that have let loose from the rocks above. I wandered the area for hours, climbing the hoodoos and spires in constant amazement. Some of the massive water channels were even large enough to climb up.

Be very careful of the footing here, because you could easily become trapped in a spot where it would be unwise to travel back the same way you came. 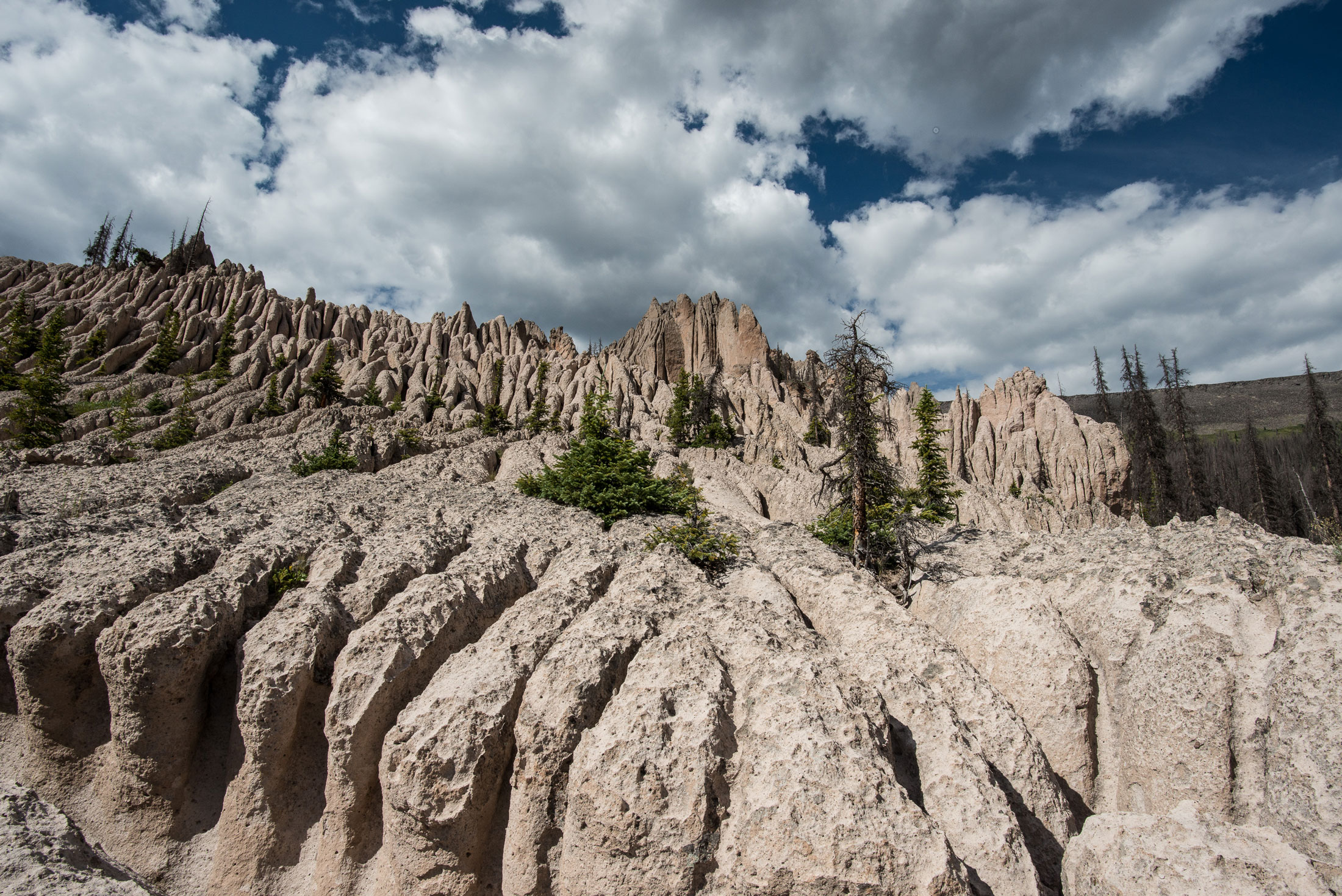 The sheer length of the trail — and the time I spent exploring — left me exhausted. So I decided to head back to town and took on a mission to get the best green chili in Creede. I found it at Kip’s Grill.

Besides Wheeler Geological Area, there is no lack of amazing sites to see outside of Creede. You could spend weeks here and still not experience everything.

Consider touring the colossal remnants of Creede’s mining days on the Bachelor Loop, or cooling off at the 100-foot waterfall of North Clear Creek. If it’s an off-road adventure you’re looking for, check out the road to Bristol Head. From the summit, you can see for miles perched on the nearly 3,000-foot cliffside above Creede. 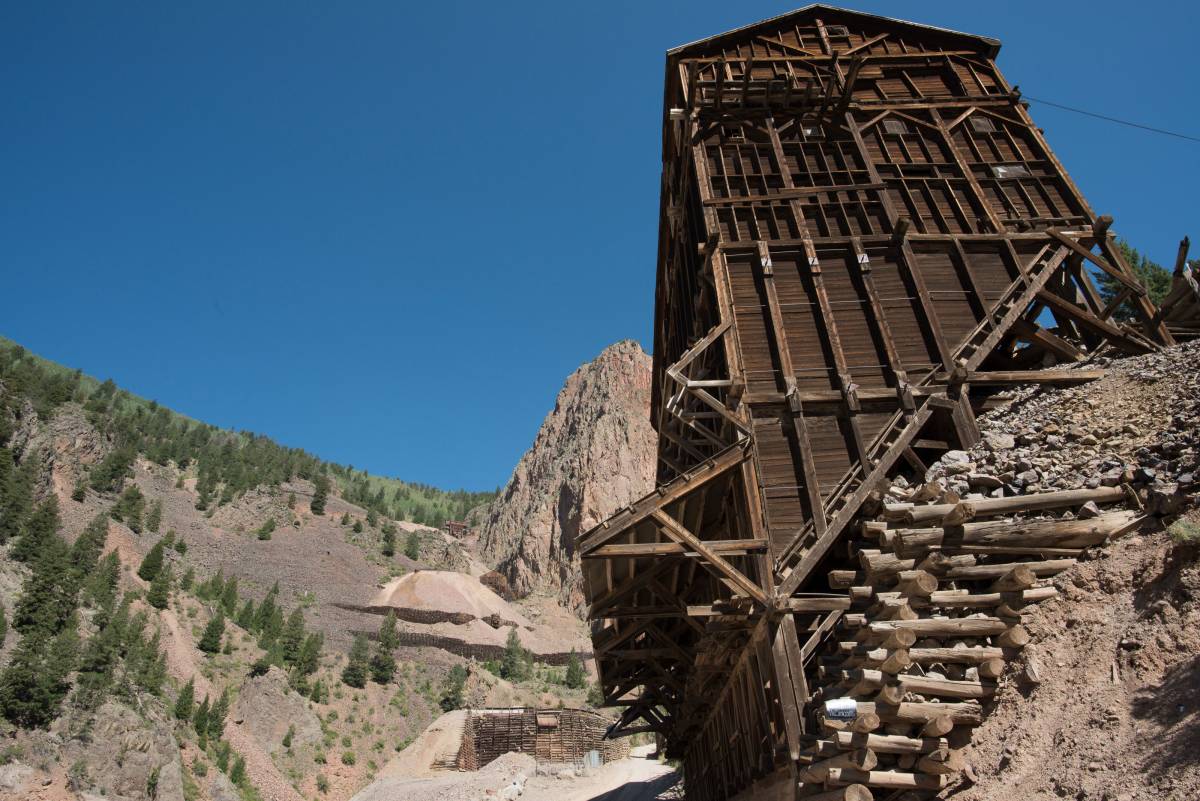 There is a deep and rich history buried in the trees and propped up on every mountainside in this area. If you listen carefully while wandering out on the beautiful mountain slopes, you can almost hear the clacking of the ancient mining machines and the whistle of the long-extinct steam train in the distance.

Everything about this area of the San Juans holds a hidden history just waiting to be explored.

Up Next: Travel With Arc’teryx: Brand Launches ‘Trips’ for Adventurers