Home » Endurance » Where Do Athletes Get Their Fuel? 2 Ultrarunners Share Their Diets

These two ultrarunning athletes are both successful at running long distances. But their diets couldn’t be more different.

Ever wondered how pro athletes fuel themselves on long runs? Or for daily workouts? For an athlete, especially runners, some of the most important factors for performance are training, sleep, and fuel. But fuel (we’ll talk food and hydration) comes in many forms.

We sat down with ultra-accomplished ultra-athletes Mike McKnight and Trevor Fuchs to talk food at home, fuel for racing, on-trail hydration, and more. 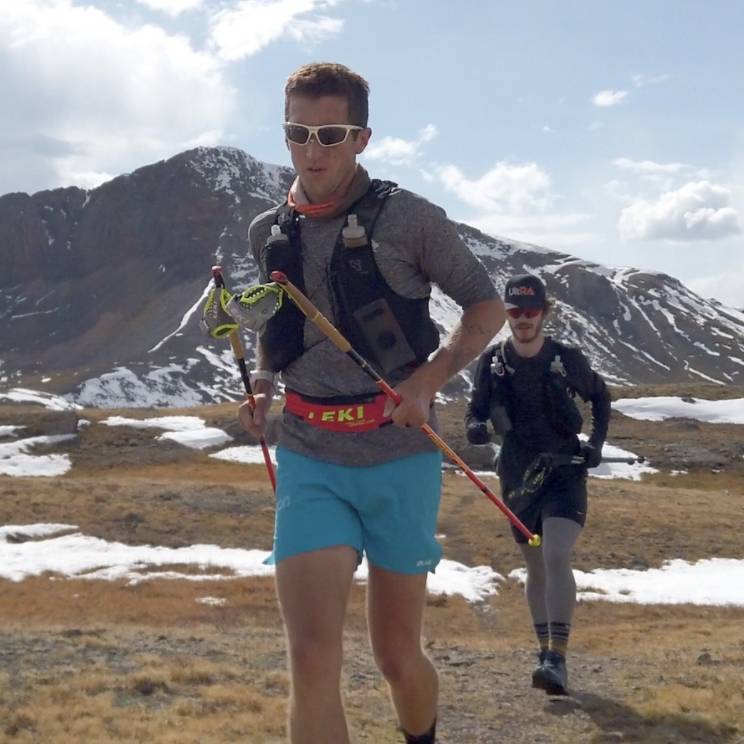 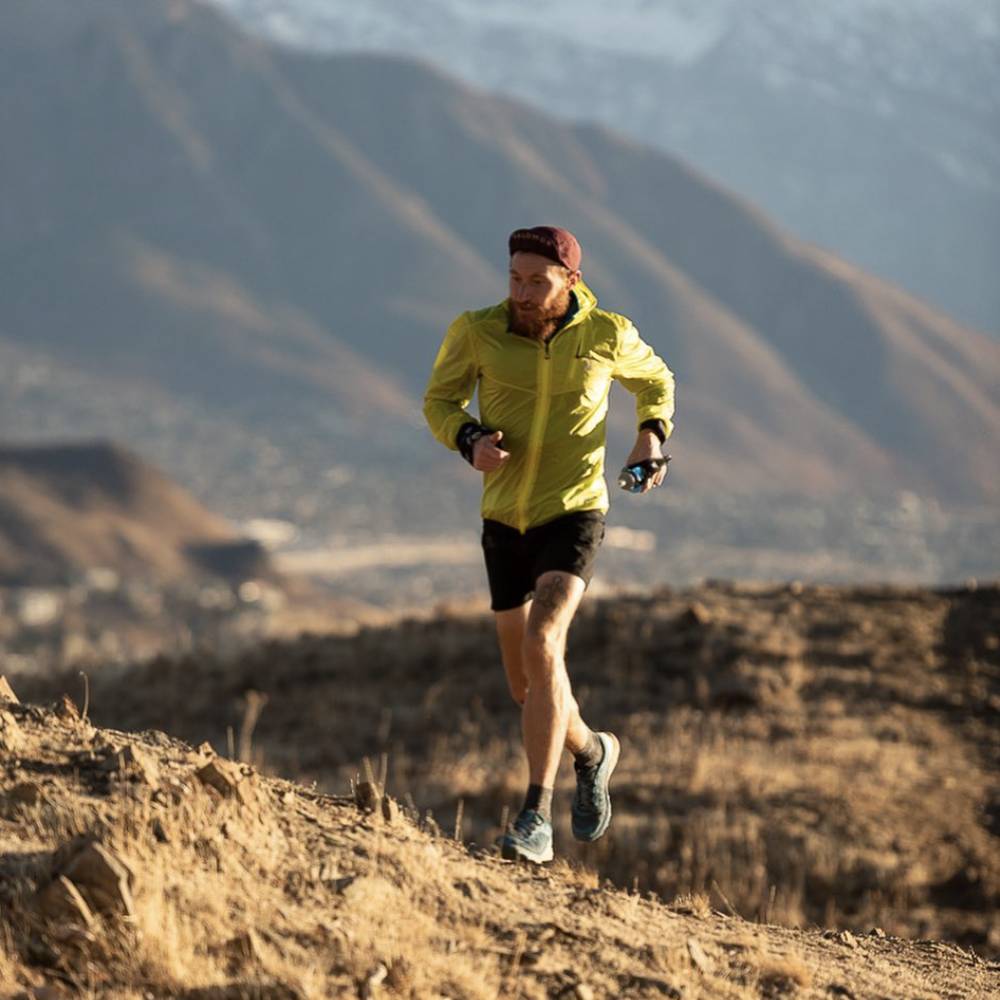 GearJunkie: How long have you been running, and ultrarunning?

Fuchs: I’ve been running seriously for about 12 years. And I’ve been ultrarunning since 2014.

Fuchs: I always have a cup of coffee, just one if it’s a big race day. Before a run, I’ll have a bagel with nut butter, or oatmeal or overnight cold oats in the morning. I’ll add berries, bananas — simple, whole food.

McKnight: So I start my runs fasted on weekdays; I’ll average about 1-1.5 hours for about 10 miles. I usually have a smoothie in the morning: strawberry, blueberries, protein mix, almond milk. And then for a late breakfast, 8-10 eggs, cheese. For my long run days, I’ll do fruit, granola.

I tend to eat carbohydrates right after my runs, and then fats and proteins during other times of the day. I’m on a low-carb approach mainly because I’ve had GI issues in the past.

What’s your go-to fuel on trail? And hydration mix?

Fuchs: It’s actually one and the same for me — Gnarly’s Fuel2O, which I use for most of my calories (100 calories per 12 ounces). Other favorite trail foods … I like peanut butter pretzels, pancakes, UnTapped maple, and Clif bars — I usually have one of those with me.

McKnight: I like to drink Gnarly Hydrate mixed with apple juice if I have it with a crew or at an aid station, and also Fuel2O for races. I’ll do a packet every hour during a race — basically a serving an hour. And for other food, I really like KETO bricks or granola.

Can you walk us through how you fuel for a race? Do you approach different race distances differently in terms of nutrition?

McKnight: I usually take in 200 calories an hour. I gravitate towards 100+ mile distances, so most races are 24 hours or more. Every single day, I’ll supplement with a bulk mix of sodium, magnesium, and potassium to take in lots of electrolytes. And I’ll mix that with some Redmond real salt.

Fuchs: So I aim for 300 calories per hour for any race over 2 hours — the longer races. And for shorter races, just water and liquids. During races, I supplement at aid stations with whatever sounds good — I go by my cravings. Maybe they have bananas or a slice of watermelon. If it looks or sounds good, it’s probably what my body needs.

OK, Mike, tell me about your zero-calorie run. 100 miles. Zero calories. What did that feel like?

McKnight: So, before this run, I was doing a low-carb approach and also learning to be fat-adaptive. I also started intermittent fasting, so I got my body used to running in a fasted state. I’d eat from 1-7 p.m. and I’d run around 11 a.m., so I’d be starting my run 16 hours fasted.

The run was pretty boring, in a good way. No significant bonks. But also just steady, no higher gear. I took water and my electrolyte blend.

Can you talk about a time you were dehydrated, or missing nutrition? What did you learn from that experience?

McKnight: I went out to do the Cocodona 250, and about a week before it snowed here in Utah. And it was like in the 90s in Arizona. The whole race I just started feeling depleted; I had no energy.

I had to crawl under a cactus just for shade, I started peeing blood, I went to the ER after and was diagnosed with Rhabdo[myolysis]. There was also a 2.5-hour section of the race where I ran out of water, so that contributed to my state. 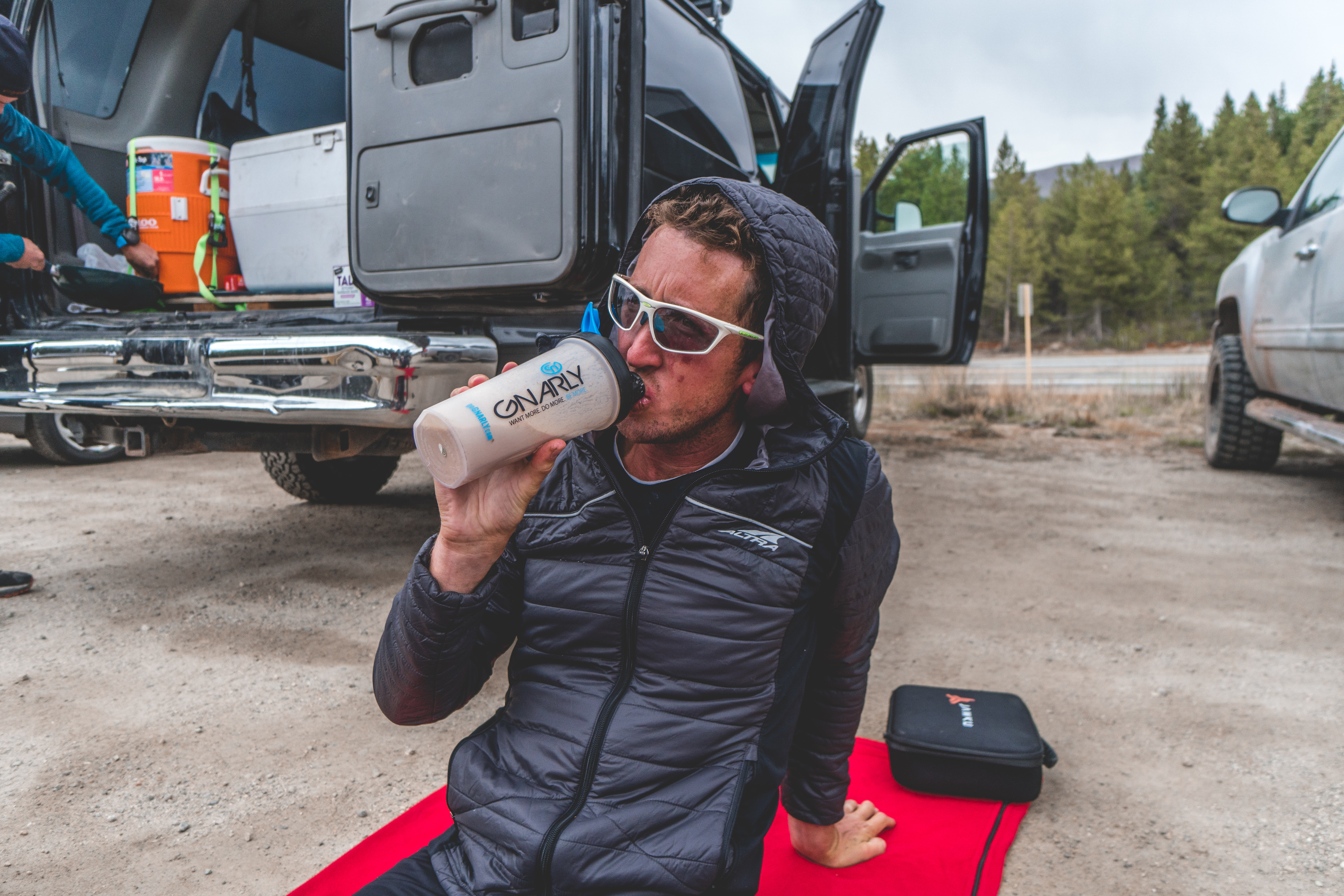 It’s funny comparing that race with my zero-calorie run. During the race, I had calories but was missing water and electrolytes, and that — having hydration — matters so much more. My zero-calorie run: no calories, but plenty of electrolytes. Obviously, having all of them is better.

Fuchs: Dehydration has been an issue for me and has taken me years to figure out. I really focus on hydration leading up to a race 3-4 days before, and during the race, I start hydrating early. Once you lose it, it’s really hard to get it back.

On super-hot days, I also struggle with hydration, because I’m more focused on running. I’ve found the electrolyte balance in the Fuel2O is really great, especially the sodium. I’ve been using it since January 2020, but it just hit the market [for consumers] this month.

The Lightweight Summer Running Gear You Need to Stay Cool

Proper gear can make or break a workout, so do yourself a solid and choose wisely. To help you, we've gathered the best lightweight running gear for this summer! Read more…

Trevor, can you speak to being vegan while being an ultra-athlete?

Fuchs: So, I’ve been running seriously for 12 years and vegetarian/vegan for about 12 years, so I took on both lifestyle changes about the same time. I think with new fad diets coming into play, keto and everything, has put the vegan thing in a different light. People’s perspectives [on it] have changed.

I didn’t become vegan to gain running superpowers, and I don’t think you’ll gain superpowers from eating meat either. Carbs are your friends, and when you’re on a vegan diet, that’s pretty much all you’re eating. The biggest thing is just eating quality foods and a balanced diet, and find what will work for you.

Do you take any vitamins or supplements?

McKnight: In addition to my electrolyte mix, I take collagen, protein mix, and BCAAs.

Fuchs: I take B12, D3, K2,  iron, and DHA every morning. And a calcium supplement, because of my stress fractures in the past (not because of my diet).

In April 2022, 40 participants will experience an ultra-luxurious ultramarathon experience at the Highland Kings Ultra Marathon in Scotland. Read more…

What’s the most important thing you’ve learned about nutrition in the years you’ve been running?

McKnight: That it is personalized. When I started running, Karl Meltzer who also lives in Utah, was the runner I remembered and looked up to. I remember reading a quote that he eats whatever he wants: pizza, ice cream, burgers, beer … I wanted that approach. And some people can do it, but it didn’t work for me.

It messed with my gut health; I actually gained weight. I tried vegetarianism (that didn’t work for me) and then back to a standard American diet. Then I finally tried a low-carb approach, which I’ve been doing for 4-5 years.

Fuchs: I don’t know if this is the most important, but just follow the general guideline of, “Eat healthy, but don’t beat yourself up over what you are eating.”

I feel like people who run ultras tend to be super-obsessive, and being so hyperfocused can be detrimental. Not stressing about every calorie you consume is better overall. 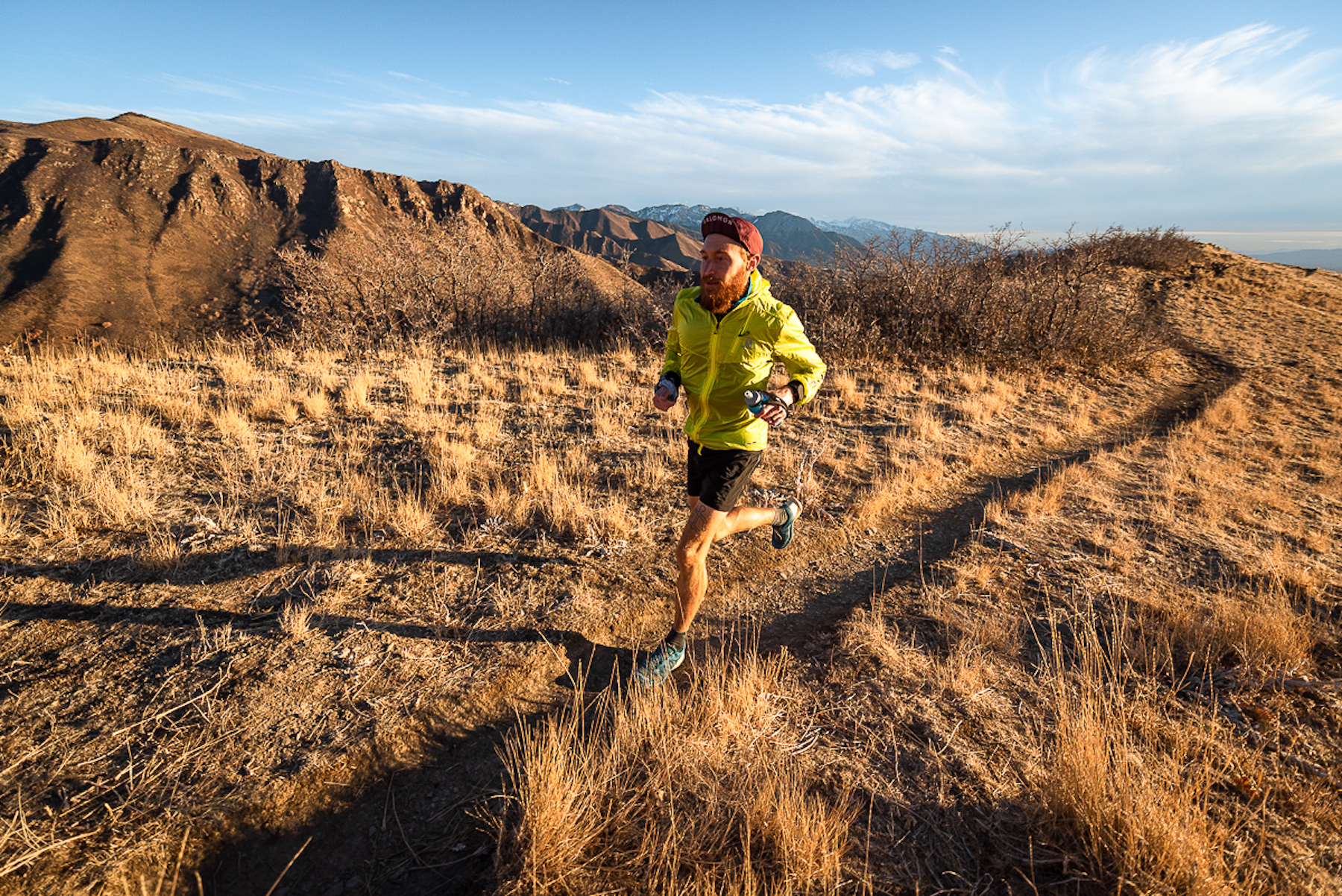 *Editor’s Note: These interviews were conducted a week apart. We’ve compiled them for the purpose of this article.

Honey Stinger just launched its own Rapid Hydration Drink Mix as it aims to move into the performance hydration market. Read more…

Up Next: Understand the 3 Phases of Performance Nutrition With ‘Gnarly’