Gone is the once-famous yellow wristband logo that galvanized a worldwide movement to beat cancer. And with it goes Lance Armstrong’s legacy with the Armstrong Foundation he founded more than 20 years ago.

“We’re more than a wristband.” That simple proclamation by Livestrong president and CEO Greg Lee — before an assembled crowd of about 200, according to the Associated Press — spoke to much more than just the product that became the icon for the Livestrong Foundation.

Earlier this month, Lee and the foundation revealed the new-look Livestrong and its updated mission. Instead of the trademark yellow-and-black logo — a nod to the near-ubiquitous wristbands of the early 2000s — three concentric circles (yellow, orange, and blue) now signify the foundation and its work. You can see more about the rebrand in the video below.

But while the foundation outwardly refocused its work from one-on-one patient services to funding pioneering work in cancer treatment and care, the rebrand carried a weightier subtext. By changing its identity, Livestrong cut the last tie of its infamous founder, Lance Armstrong.

Armstrong established the Livestrong Foundation — then named the Lance Armstrong Foundation — in the midst of his harrowing story of cancer survival. And it preceded his repeated triumphs at cycling’s most prestigious event: seven titles at the Tour de France.

In the wake of that success, the foundation thrived, funneling millions of dollars into cancer research, lobbying, treatment, and patient services. 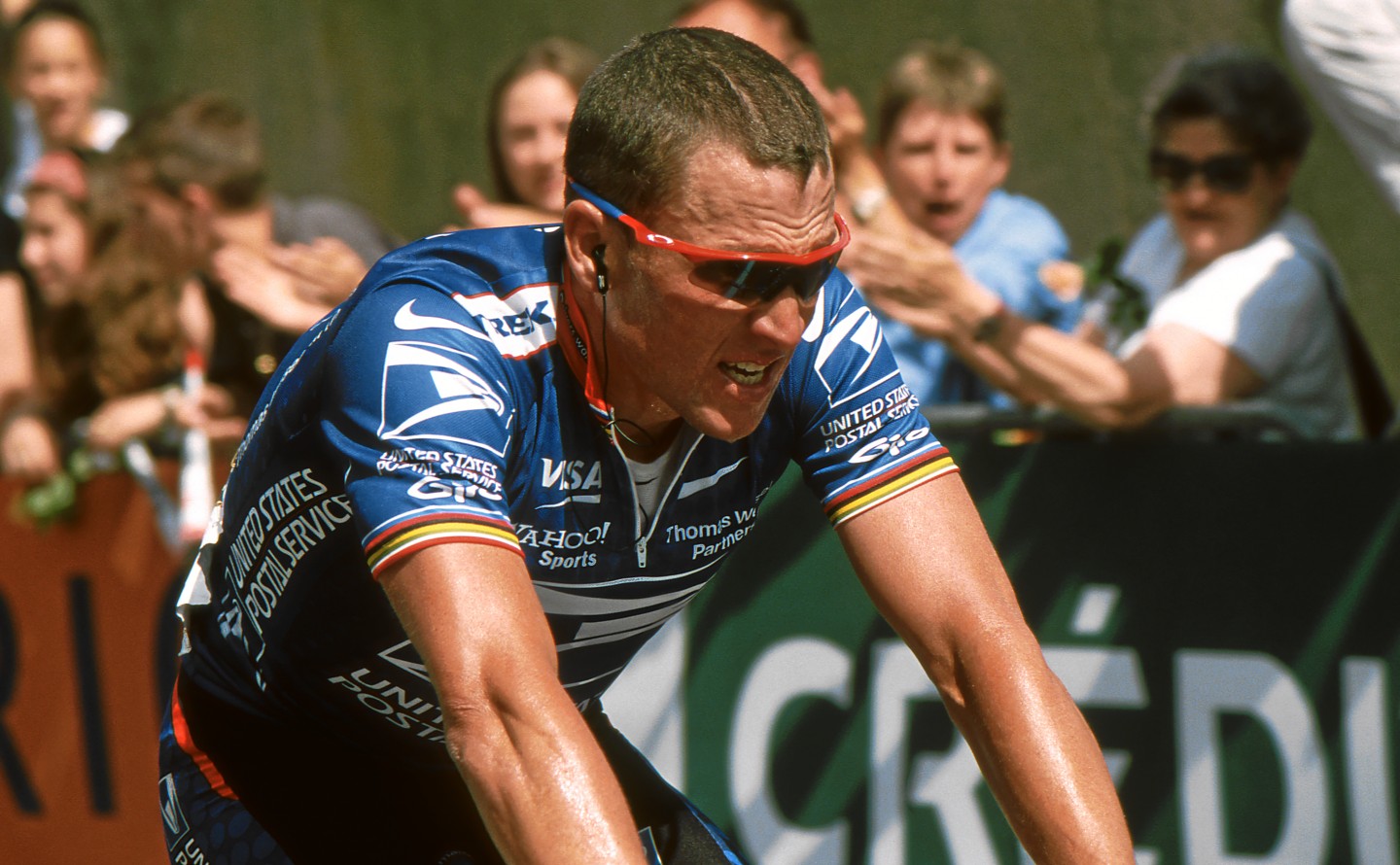 And a large chunk of that money came from a lucrative partnership the foundation struck with Nike, which handled the manufacture and marketing of the bracelet and other “Livestrong”-branded apparel items. That decade-long partnership came to an unceremonious end in 2013 after Armstrong admitted a year earlier to doping and relinquished his cycling records.

From then on, both the reputation and resources of the once-lauded foundation fell into decline. Despite stepping down from his position with the foundation, Armstrong’s shadow blanketed Livestrong for years after. It formally dropped the embattled cyclist’s name altogether, formally becoming the Livestrong Foundation in 2012.

And now it seems Livestrong, much like professional cycling, needs to expunge Armstrong from its past. Not only was Armstrong’s presence nowhere to be found at the relaunch — he wasn’t even acknowledged as the foundation’s founder. According to the AP, the event’s emcee simply made a passing reference to Livestrong’s “famous founder” during the ceremony.

Up Next: Beachside FKT: Running a Hawaiian Coast