Beyond the norms of our typical hunting grounds lies an abundance of lesser-known critters that can put meat in your freezer and fill your need for hunting adventure.

Many of the animals living on our North American landscapes come from elsewhere. Some are invasive, some are welcomed, and some are so ubiquitous with the North American sporting experience that most people don’t realize the animals didn’t originate from here.

But, interestingly enough, they’ve become a part of our hunting and food culture. Some of these animals are invasive and a scourge on the landscape, and yet others quietly thrive in huntable populations. And they do all of this on accessible public lands.

A part of the pheasant family, the Himalayan snowcock was introduced to Nevada’s Ruby Mountains as a game species in 1961. They’re big for an upland species, weighing between 4 and 7 pounds as adults, and they have beautiful plumes.

A population of 200-500 birds now lives above treeline in the Rubies. Nevada has instituted a two-bird daily limit/possession rule in order to keep the population strong. 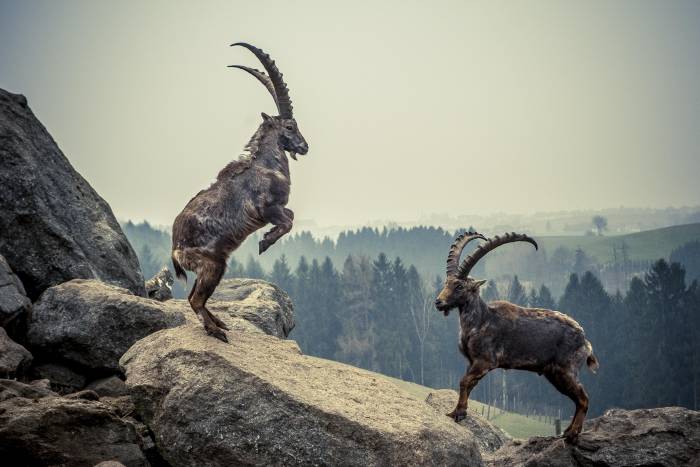 New Mexico harbors a few wildly exotic species, and the ibex is one of the more oddball creatures on the list. A distant relative of the domestic goat, the males grow long horns, and their tawny-brown color provides excellent camouflage in rocky landscapes.

And these animals thrive in difficult landscapes. They were introduced into the Florida Mountains in 1970, and they’re available to hunt through a draw run by New Mexico Game and Fish.

These beautiful little deer originated in India and came to Hawaii by way of a gift in the 1860s. They proliferated with high success in their new and fertile environment, and there are now huge populations of these animals on both Maua and Lanai.

Hawaii does offer DIY public land hunting opportunities, and other nonnative species abound as well. Besides travel and lodging, it’s a relatively affordable hunt and a simple license to buy. And many hunters tout that it’s some of the most delicious game they’ve tried. 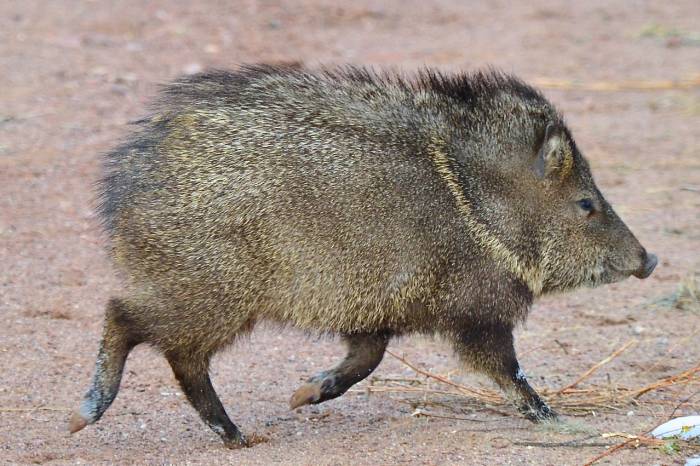 The javelina, or collared peccary, is a South American migration success story. Their arrival in North America is fairly recent, and the species itself proliferates from its northern range of Arizona, New Mexico, and Texas all the down to Argentina. They’re the only wild ungulate with a year-long breeding season in the Western Hemisphere.

Surprisingly, they’re actually not closely related to pigs. They are available through a decently affordable draw through Arizona Game and Fish. Additionally, you can hunt them in both spring and fall seasons.

Often called “miniature elk,” sika deer come from Japan but made their way to the eastern shores of Maryland as an introduced species in 1916. Referred to as stags and hinds, these little critters go through a rut similar to their larger elk cousins, where they whistle rather than bugle.

In the rut, they are called in just like an elk. State and public land opportunities do exist to hunt these deer. And you can get your license through Maryland Fish and Game.

Up Next: Our Public Lands Are Broke: Is It Time for a ‘Backpack Tax’?

Saving…
Our Public Lands Are Broke: Is It Time for a ‘Backpack Tax’?
Thule Launches Vector M and Alpine Rooftop Cargo Boxes
×