The gourmand grizzlies of Alaska’s Katmai National Park square off to see who’s the fattest of them all.

Let’s face it: Bears can be terrifying. News of marauding grizzlies breaking into homes or terrorizing hikers portrays the apex predator as a potential deadly nemesis.

But left to their own devices in their natural habitat, bears — especially brown bears — can also come off as big, fuzzy goofballs. Whether wriggling against a birch to scratch their backs or splashing in the water with their paws in the air, bears show off a softer side. 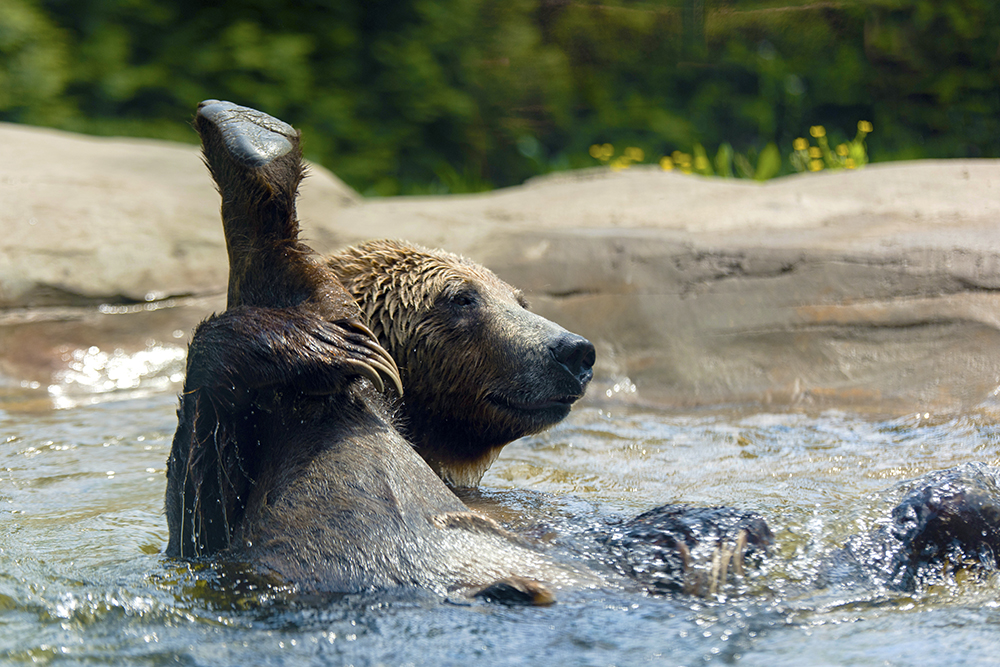 And now is when bears really show off that soft side. For the fourth year running, Katmai National Park is looking for the fattest bear along the Brooks River. Using footage from its bear cam, Katmai identified 12 corpulent contenders for the heavyweight title. The bracket-style competition began on Oct. 3 and will run through the weekend, eventually crowning a winner in the Fat Bear Tuesday head-to-head final on Oct. 9.

Best of all, you get to help decide the winner. Every day, the public can vote based on “then” and “now” images of each bear to see how much poundage they’ve piled on heading into Alaska’s long, cold winter. See below for a list of this year’s rotund rivals and how to get in on the action. 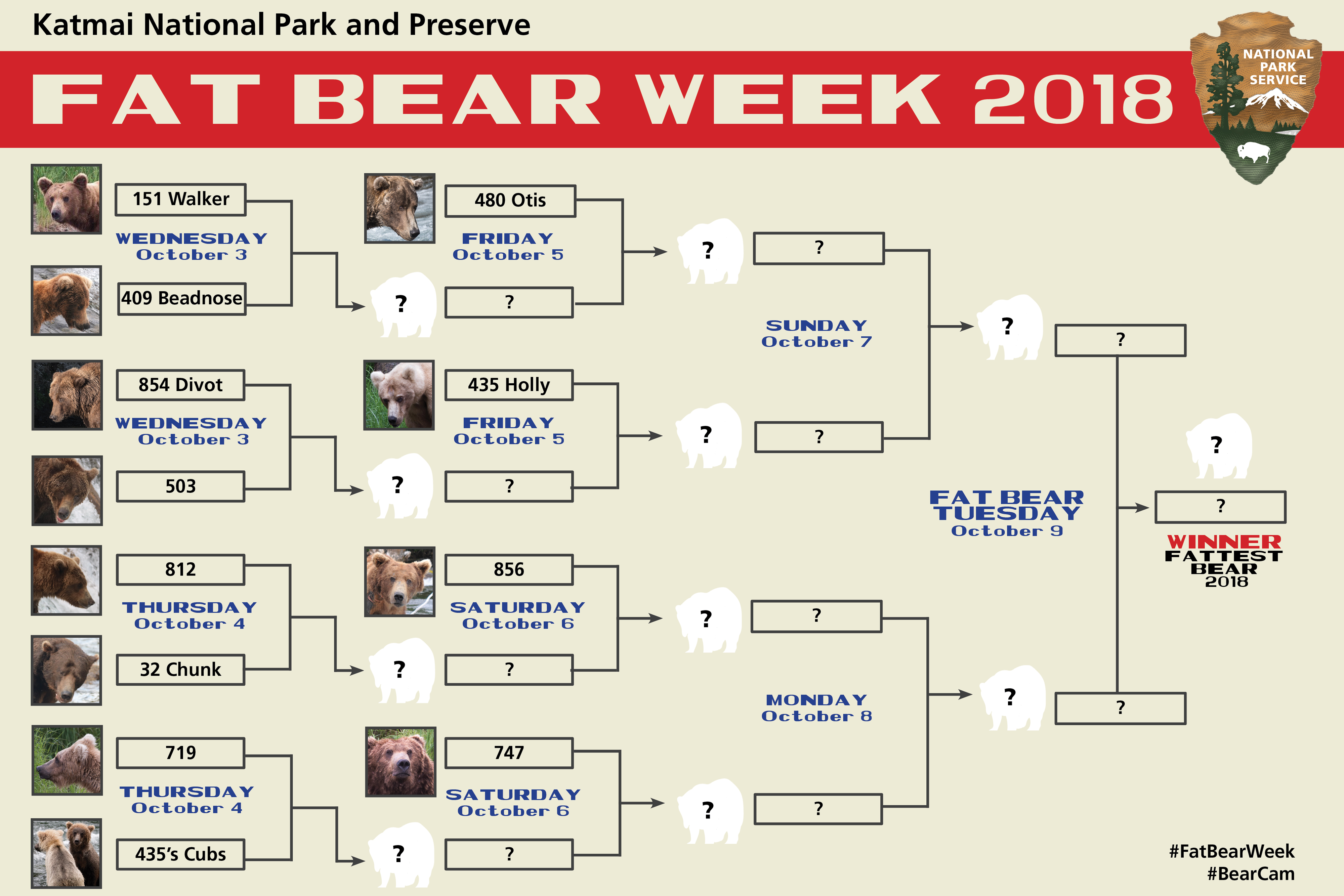 To vote, head over to Katmai National Park’s Facebook page. Each day, officials will post pics of that day’s contenders. Simply “like” the image of the bear you think should be the winner and wait for the results to pour in.

The Katmai NPS notes the reigning champion, 480 Otis, faces fierce competition but will be tough to beat this year. According to the NPS, brown bears this time of year are “entering hyperphagia, a state in which they eat nearly nonstop.”

So, if you’re looking for some news about a vote that won’t make you angry, head over to the Katmai National Park Facebook page and scope out some furry, fat-ass bears!

Up Next: Unique Threads: Personalize This Fleece With Custom Colors, Designs