Every year in January, knife companies show off their upcoming wares to the world. Benchmade was the first out of the gate this year, releasing its new 2019 stuff well before the industry’s SHOT (Shooting, Hunting, Outdoor Trade) Show.

In this first edition of The Cutting Edge, I will walk through the notable releases for each company and then give them a collective letter grade (A-F) as well as list the most compelling knives, which I’m calling “instabuys.” All prices are MSRP.

My first impression is that this is a consolidation year for Benchmade after two or three years of some real innovation and a string of huge releases. Nothing in this year’s lineup is as exciting or innovative as Benchmade’s first traditional knife, the Proper, or its gee-whiz technical achievement, the integral-handled Anthem.

The big news is that the baseline Griptilians all receive a steel upgrade, jumping from 154CM to S30V. This isn’t news that will light fires under knife enthusiasts, but it’s a big deal for most people looking to buy a knife. 154CM is very good steel — certainly acceptable. But unlike S30V, it’s not powder steel (where small bits of steel are sintered together by heat and pressure, resulting in very uniform and clean steel).

Using this as its baseline steel on a flagship knife means that a lot more people are going to be using better steel. I would have preferred a jump to S35VN, which is even better than S30V and not much more expensive. But in terms of moves, this is a rising-tide-lifts-all-boats kind of thing. The knife knut might not care because they probably own the high-end Griptilian that sports 20CV.

But for the person walking into an REI looking for one knife, this is a big deal.

In terms of new knives, Benchmade has only announced five blades. 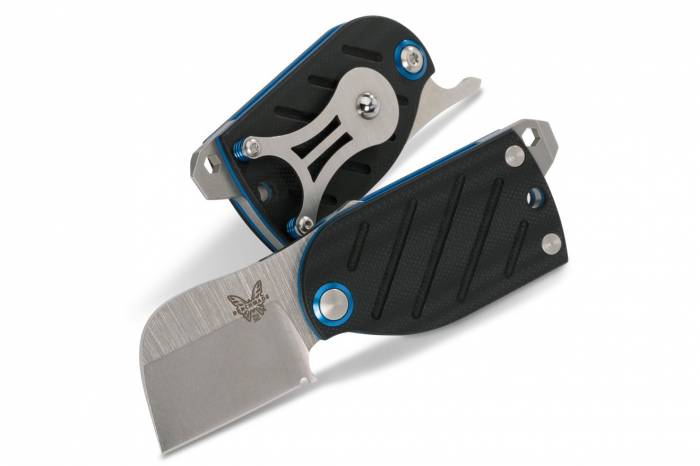 The first is the Aller. Benchmade designed this very small friction folder to live on keychains or to serve as a money clip. It’s great to open packages and pop beer bottles. The Aller also has a slot for hex bits and a pry tool. The blade is made of S30V steel. It’s a very niche design and significantly more expensive than other similar designs from companies like Kershaw.

The next knife announced is a Gold Class version of the breakout hit from 2017-2018 — the Bugout.

With a 3.25-inch blade of S30V steel and a weight of under 2 ounces, the original was a very popular EDC knife. This decked-out version adds a bit of weight, vaulting over the 2-ounce threshold. It has, as per usual for Gold Class knives, a Damascus blade and flashy handle materials.

At $750 MSRP, this is an interesting knife, but one unlikely to make an impact. 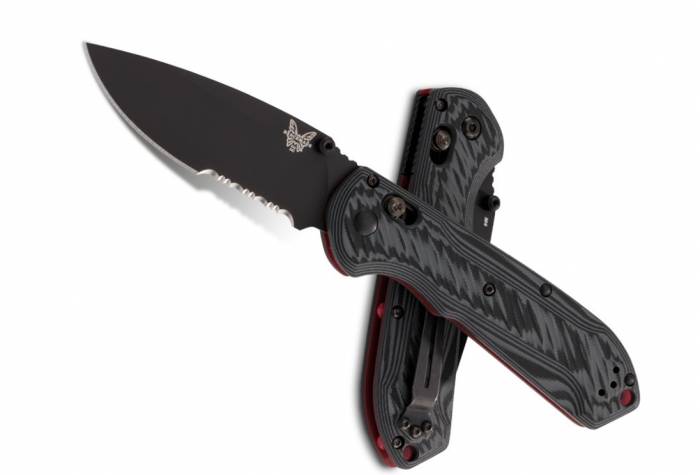 Benchmade also announced an upgraded version of the Freek. This model sports G10 handles instead of the FRN with inserts of the original. The real upgrade, though, is in the steel. Instead of S30V, the new Freek bears M4, a metal beloved by steel junkies everywhere. Given the steel, this is a good (though not insane) buy at $225 MSRP. 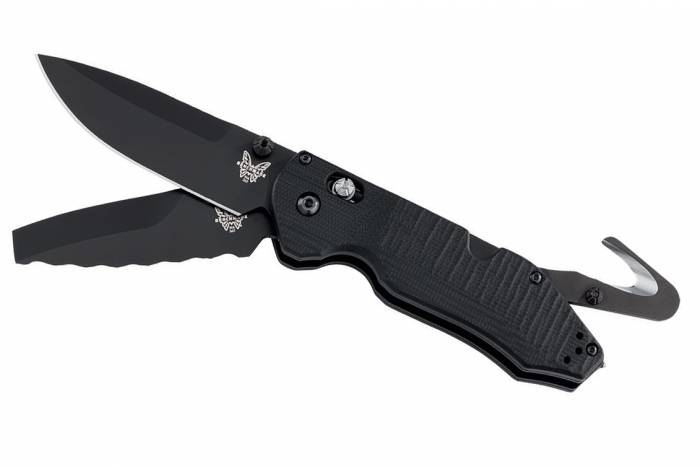 The fourth new knife is the Outlast, an addition to Benchmade’s superior rescue tool lineup. This knife sports a seatbelt cutter in the rear, two AXIS locking blades in the front, a drop point made of S30V, and a rescue blade made of ultratough 3V. It’s not a general use knife, but if you’re looking for this kind of blade, it’s a must-consider. Given its specialized role and unusual design, the price is high at $300. 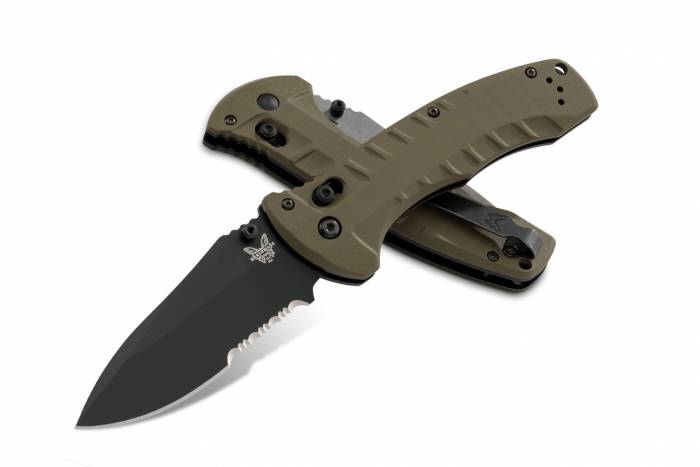 The final knife is the Turret, a very large AXIS lock folder with a 3.7-inch blade of S30V steel. The Turret is a hardy design with an extra-large AXIS lock. Benchmade claims it’s one of the strongest locks it has ever made. The knife has a G10 handle and a deep-carry clip. At nearly 6 ounces, it’s probably too large for EDC. For me, folders this large make a good case for carrying a small fixed blade, as they are generally cheaper and, by definition, sturdier.

Benchmade: Does It Make the Grade?

As I said previously, I think this is a consolidation year for Benchmade after a few years of experimentation. Overall, the lineup is pretty staid for knife knuts, but the upgrade in steels for the Griptilian series is big news for most people. I like the Freek in M4, but beyond that, none of these knives interest me at all.

Tradition tells us that Benchmade will release more knives throughout the year than those previewed early on. 2018’s best Benchmade, the Puuko fixed blade, was not shown at all before its release in late summer/early fall.

Grade B-: Nothing here is an absolute must for knife fans, but it’s a smart upgrade for mainstream knife buyers.

Up Next: Big Price Cut: $70 Off Wüsthof Gourmet Knife Set