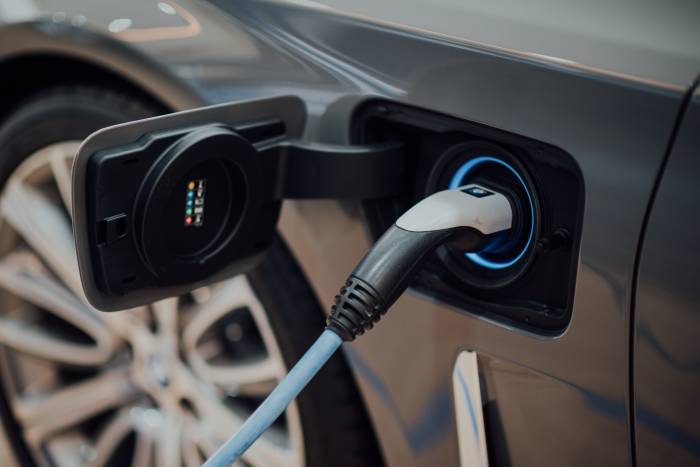 Millions of Americans are plugging in — but will there be enough power to keep their EVs running? GearJunkie talks to experts to find out where we stand for the future of EV power grid strain.

By this time next year, Volkswagen plans to triple the number of EV models it will sell in the U.S., adding the ID.7 sedan and ID.Buzz microbus to the ID.4 SUV it already offers. And it isn’t alone. This begs the question: Will there be enough power for all these electric vehicles?

As recently as 2019, electric vehicles accounted for less than 1% of the American new vehicle market. That surged to nearly 6% in 2022 and, according to most analysts, should reach 20% by the middle of the decade, with the Biden administration targeting 40 to 50% by 2030.

“The U.S. has actually gone over the tipping point and what we see in the forecasts and also [in] consumer preference is that electric mobility has really become mainstream,” Thomas Schäfer, CEO of Volkswagen Passenger Cars, said during an interview at the Consumer Electronics Show following the debut of the ID.7. “There’s no turning back.”

But that growth raises a number of questions about the U.S. electrical infrastructure. In the near term, will there be enough chargers for EV owners to plug in? Longer-term, can the power grid handle the tens of millions of EVs expected to start taking over American highways?

With the latest crop of products, surveys show less and less range anxiety. Most new EVs deliver at least 200 miles per charge, and a growing number top 300, even 400 miles, before needing to plug in again. One version of the Lucid Air delivers more than 500 miles of range.

Instead, finding a place to plug in “is critical for EVs to achieve widespread adoption,” according to Kelsey Peterson, manager of transportation electrification for DTE, the largest utility in Michigan.

Studies show that 80 to 90% of owners typically charge up at home or the office. But, as more and more EV owners venture out for longer distances, and as more are sold to apartment dwellers and others who can’t install chargers, the public network has to fill in.

On the positive side, the U.S. Department of Energy’s Alternative Fuels Data Center found more than 56,000 in operation at the end of the year, a 33% increase from mid-2021. Most of these “hubs” operate multiple plugs, with a total of about 126,500 of the slower Level 2 chargers and another 20,431 DC quick chargers now in operation, according to a new study by S&P Mobility. And the numbers are expected to accelerate, with the study estimating four times as many public charging stations will be needed by 2025.

Last week, Mercedes-Benz announced plans to install 10,000 branded charging stations worldwide, with nearly a quarter of those going into the U.S. and each with multiple plugs. General Motors announced its own network in December. Add the stations being installed by companies like ChargePoint, EVgo, Electrify America, and others, and there could be as many as 500,000 places to plug in by 2030. That’s the target set by the Biden administration, which is supporting that plan using $5 billion in funds from the infrastructure bill passed in 2021.

But there is a downside, as EV owners discover all too often.

A study published early last year by the University of California, Berkley, estimated only 72.5% of the 657 public quick chargers in the San Francisco Bay Area were operational at any given time. While charging station operators have questioned the numbers, one only has to talk with a few EV owners to know broken chargers have become a common concern.

Making sure its new charging network remains in working order will be a “top priority” for Mercedes-Benz, said Markus Schäfer, the automaker’s chief technical officer, during an interview at CES 2023. And for good reason. “If EV owners continue to experience chargers that don’t work as well as expected, that’s going to slow the EV revolution down,” said auto analyst and steaming video host John McElroy of AutoLine: Detroit.

Power to the People

Chargers won’t work if they can’t get the power, of course. And an even bigger concern is making sure America’s electrical infrastructure is up to snuff. There have been plenty of good reasons to worry in recent years. The entire Texas grid went down for the better part of a week in early 2021 when the state was struck by a freak ice storm.

Large sections of California have lost power in recent years when windstorms have swept through. Downed lines were to be blamed for a 2019 blaze that caused multiple deaths and destroyed hundreds of homes. Similar stories can be repeated across the country.

“Even before you throw in electric vehicles, [the U.S. electric infrastructure] is going to need a lot of work,” said Gary Silberg, a partner and leader of KPMG’s global automotive sector.

Silberg, however, isn’t entirely pessimistic. “The important thing to expect is that EV growth will be gradual. It’s going to come over time which, as long as you’re planning for it, allows you to be ready.”

Breaking Down the Grid

While most folks refer to the electrical grid as a single entity, it actually consists of multiple parts. It starts upstream with the generating facilities that provide power in the first place. Then there’s the transmission network that distributes high-voltage current to the local distribution network. And, for EVs, there are the charging stations that owners can plug into.

How prepared the overall network is varied “from region to region, state to state, and utility to utility,” said David Reuter, chief marketing and communications officer for NextEra Energy, based in Jacksonville, Florida.

Getting the entire network prepared for the EV revolution, according to experts, will be a trillion-dollar job.

The Answer, My Friend, Is Blowing in the Wind

Most of those experts told GearJunkie that there’s enough generating capacity to handle the nation’s needs — including the flood of new EVs — through to at least mid-decade. And plenty more is going online each year.

Though electrical use dipped a bit due to the coronavirus pandemic, it reached 4.1 billion terawatt-hours last year, according to Statista.com. And federal data suggest it will continue to grow.

Meanwhile, there’s been an increasingly rapid shift away from “king coal” to cleaner sources, from natural gas to renewables, such as hydro, geothermal, solar, and wind. Power from the sun reached about 5% of the total last year, reported the American Public Power Association, a 60% increase in just two years. The growth has been 167% over the past decade, according to the U.S. Department of Energy.

While hundreds of billions will be needed to keep pace with anticipated growth, the general perspective is that there’ll be enough power to keep up with the EV revolution, as well as the growing demand for electrons for manufacturing and other concerns.

Getting power from the plant to your home, office, or public charger is where things start looking dicey. “The [transmission and distribution network] is very old, with a quarter of it over 50 years old,” said Christine Oumansour, a partner in consulting firm Oliver Wyman’s energy practice.

Wyman data suggests these two portions of the grid alone will require investments of $100 million annually. There’ll be a need for more of the high-tension lines that carve their way across the country. But some of the biggest challenges may come locally.

In 2021, the Detroit area suffered repeated blackouts. In some cases, hundreds of thousands of customers were left without power for days on end when windstorms struck in summer and ice storms hit over the winter. Facing heat from Michigan’s attorney-general, DTE launched a massive campaign to clear brush from its rights-of-way and replace outdated lines and transformers.

“I think our infrastructure, where we are right now, has had some unique things happen to it over the last few years.” Trevor Pawl, Chief Mobility Officer for the State of Michigan, told GearJunkie. But utilities across the country are facing similar challenges and pressure to boost reliability.

With climate change leading to increasingly violent and unpredictable weather, experts like Oumansour warn that there’ll be no way to ensure that the grid isn’t occasionally disrupted. But there will be ways to minimize the impact.

Consider the 945-megawatt battery storage system that NextEra Energy installed in Florida’s Manatee County a few years ago. It can provide a burst of extra power when a heat wave has everyone maxing out their air conditioning. And it can capture excess wind and solar power to keep those electrons flowing at night or when the winds are calm.

Mercedes-Benz and General Motors are among the many companies exploring the use of “second-life” batteries. These are packs that retain a significant level of capacity even after the vehicles they were installed in have gone to the scrapyard. These can be used together to provide large-scale backup power for an entire neighborhood or a manufacturing plant.

The next step is to make the grid smarter, said analyst Oumansour. It will need to immediately detect faults and even predict them before a failure occurs. It will be able to redirect energy when and where it’s most needed. And that will cover everything from the big, high-tension power lines down to individual distribution points.

Indeed, down to the local charging station, as well. Over the next few years, Parkway Corp., one of the country’s largest operators of parking lots and structures, plans to install chargers at most of its facilities in the U.S. and Canada. But “we’ll have to be able to monitor” and adjust the way they operate, said RJ Juliano, Parkway’s executive vice president in charge of operations.

In older communities, the local distribution system likely won’t be able to operate all chargers at a parking facility. At least not at full power simultaneously, he explained. A smart load management system will decide which vehicle gets how much power and for how long. Likely by “talking” to them to see who needs more power at any one moment. But that load management system could also help keep the grid itself from crashing.

The new Ford F-150 Lightning’s battery pack is big enough to travel as much as 320 miles between charges. But it also can help keep an owner’s home or business running for days in the event of a blackout. And it’s just one of a growing number of vehicles with a feature known as either “Vehicle-to-Load” or “Vehicle-to-Grid.”

In the future, said Parkway’s Juliano, its smart chargers could reverse the flow of power in the event of black- or brownouts, tapping into the already stored energy onboard vehicles like the Lightning or the Kia EV6.

Owners would have to authorize such applications and set limits to ensure they still have enough charge to get home. In turn, they’d get paid for selling power back to the utility. Once the crisis is over, they would have their vehicles automatically recharged.

At least, that’s the plan. There is no reason why America’s electrical grid can’t keep the power flowing. Even as millions more EVs plug in every year.

The good news, as KPMG’s Silbert said, is that the EV era is coming on gradually, giving the nation’s utilities time to prepare. But the process won’t come cheap. All told, the necessary investments will likely total $100 billion or more annually. Only some of that will come from the infrastructure bill. For some corporations, the expenditures will strain budgets and require rate hikes from consumers.

But the long-term payoff should be substantial, yielding a consistent supply of clean energy at a still-lower cost than what motorists pay for fossil fuels.

Preparing now will keep the lights on and the electric vehicles running. 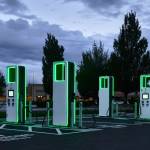 What the Plug? EV Charging Explained

Your quick guide to EV charging, fast, slow, at home, and on the go. Read more…