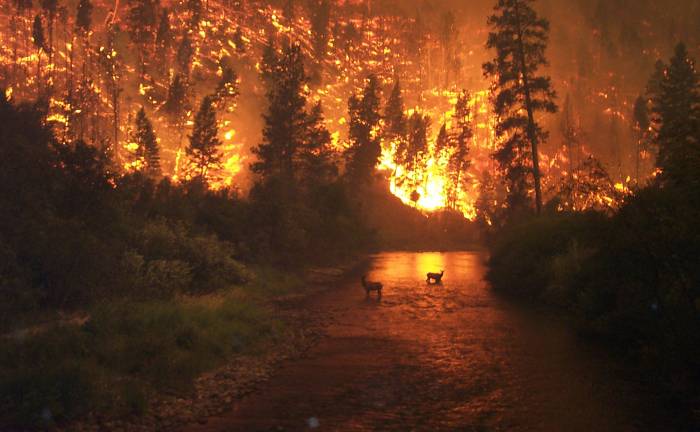 A wildfire burns near Denali’s Yentna Glacier, under a fire ban for all visitors. The National Park Service (NPS) stated it’s a ‘rare’ place for a wildfire to occur.

Alaska officials discovered a 5- to 7-acre fire just south of the terminus of the Yentna Glacier on July 3. The NPS still had not determined what caused the blaze as of this writing. It did ignite under fire weather conditions and red flag warnings from the agency.

According to a July 6 NPS statement, the fire started and remained inside a Limited Fire Management Option area within Denali National Park and Preserve. The management goal, it said, is to “maintain the natural ecological processes” there.

“We’ll typically monitor those fires every 3 to 7 days, depending on the availability of resources,” Mitchell said, noting that the state Department of Natural Resources’ Forestry division is in charge of monitoring the Yentna fire. “I don’t have any updates on the conditions of that fire at this time.”

He went on to say that the last time a wildfire started in the area was in the late 2000s. And the NPS stated that only four known wildfires have ever burned there.

“The reason that it’s rare is because the south region of the park lies at pretty high elevation, where we don’t see a lot of fires,” Mitchell said. “As far as the [Yentna] fire, it started in an area that is vegetated. So a lightning strike under heightened fire conditions could likely cause [a fire].

“Because of the heightened conditions throughout the state, it’s a unique situation,” he concluded.

According to the National Weather Service, hot, dry, and windy weather conditions persist throughout the Denali area. In response, the NPS has banned “open wood fires” in the park and preserve, which means only “immediately extinguishable or controllable” flame sources are currently allowed. The rule applies to any form of a wood fire, even in established fire rings.

Asked whether nearby residents were in danger, Mitchell said the closest known habitation was around 12 miles away. “There’s always a chance because it’s a wildfire,” he said.

Prospective Denali visitors can visit AKfireinfo.com to find resources on current wildfires in the state. Users can access a wildland fire map, burn permits map, and a dashboard feature that consolidates the latest fire information. 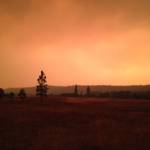 A firefighter medic working at the North Star Fire in Washington state tells the story of Pacific Northwest fires from the inside. Read more…