With ski segments in Jackson, Alaska, and British Columbia, a new video of Kai Jones’ jaw-dropping stunts makes it clear that the 15-year-old deserves all the hype.

Teton Gravity Research just dropped the Kai Jones segment from its “Magic Hour” ski doc, and the teenager shows no signs of slowing down.

Kai Jones, who became a professional athlete at just 11 years old, pulls off insane drops and acrobatic stunts that would terrify many veteran skiers twice his age. That’s why this young lion has several accolades under his belt, including a nomination from the International Freeski Film Festival (iF3) for Standout Male Rider of the Year.

“Yet again, his skiing stands out among the crowd, especially when you realize the kid’s barely got his learner’s permit,” the video description reads.

Interested in catching a screening of “Magic Hour”? It’s on tour now, with tickets available at tour.tetongravity.com. 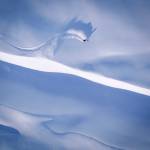 Michelle Parker, a professional athlete, fierce rival, and leader in women's freeskiing, is an impressive watch in this excerpt from TGR's Magic Hour. Read more…