Most skiers have wondered what it’s like to drop into the maw of Corbet’s Couloir. But what gear do the pros choose for this iconic line? We connected with Red Bull to get a few athletes to share their favorite freeride gear.

If you like to ski or snowboard, chances are you’ve heard of Corbet’s. So, what is Corbet’s? Corbet’s Couloir is a steep couloir, or gully, in the heart of Wyoming’s Jackson Hole Mountain Resort.

In 1960, Paul McCollister (one of the founders of Jackson Hole Mountain Resort) was researching Rendezvous Peak as a possible ski resort site when he climbed and skied the mountain with Barry Corbet, a Canadian-born college student who had dropped out of school and moved to Jackson to be a skier.

As they climbed, Corbet pointed out the cornice-crowned feature, predicting, “Someday, that will be a ski run.” In 1967, that prediction became reality, and the couloir has attracted slews of skiers since.

Now, Corbet’s isn’t just synonymous with the feature on the mountain. For 5 years running, as the namesake competition that has expert athletes flocking to drop (or backflip) in and ride down its face at a 45-degree pitch.

The judged freeride competition takes place this week (February 17-18) in Jackson Hole, streamed live on Red Bull TV (you can watch on GearJunkie too). One male and one female will be crowned King and Queen of Corbet’s. This year, there’s a People’s Choice Award going to two more athletes as well.

Beyond the usual fun of watching and reporting on the competition, we thought we’d take a closer look at the gear that athletes choose to use. Here are some of the athletes’ essential gear for Corbet’s.

Park City-born Madison Blackley was crowned the 2021 Queen of Corbet’s — after her second year competing. With more than 10 years of nominations and accolades in the street and jib scene, she’s now growing her freestyle skills in the backcountry. And according to Blackley, Corbet’s is her favorite competition of the season.

“The most rewarding moment last year was having specific goals I really wanted to accomplish during my run. In my second run last year, I attempted all of my goals, and getting to the bottom was the coolest thing I’ve ever done in my career,” said Blackley. (She won the Queen of Corbet’s title, by the way.) 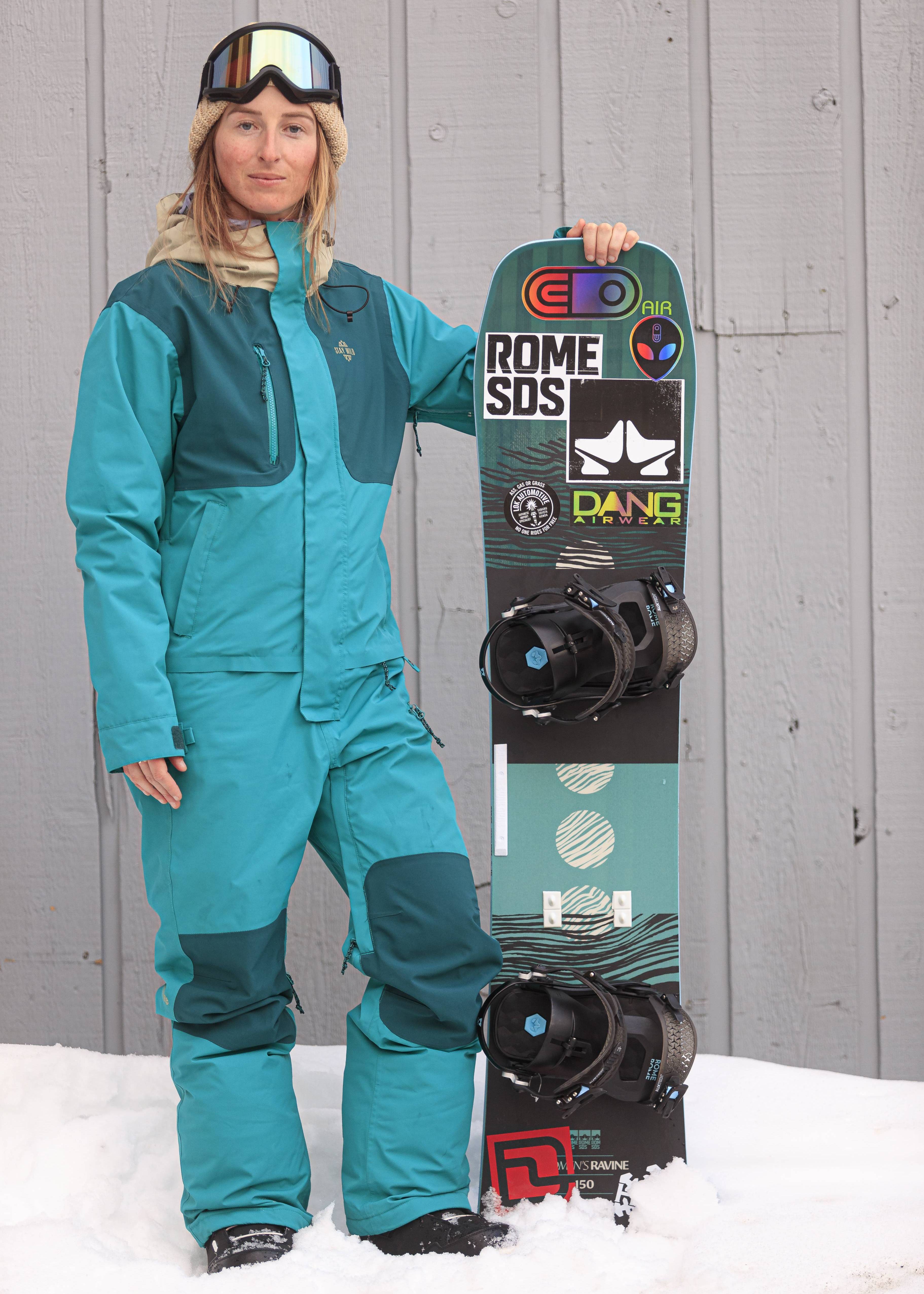 When we asked Blackley what the most intriguing part of the Corbet’s comp is for her, she said, “It’s a surprise every time. It’s different every year — all of the competitors are in the same boat in that no one knows what it’s going to be like. If you do slopestyle contest, bank slalom, or halfpipe, they’re all similar from contest to contest. But at Corbet’s, it’s a different set of competitors each year.

“And with the skiers and snowboarders combined it makes for a unique experience,” she added. 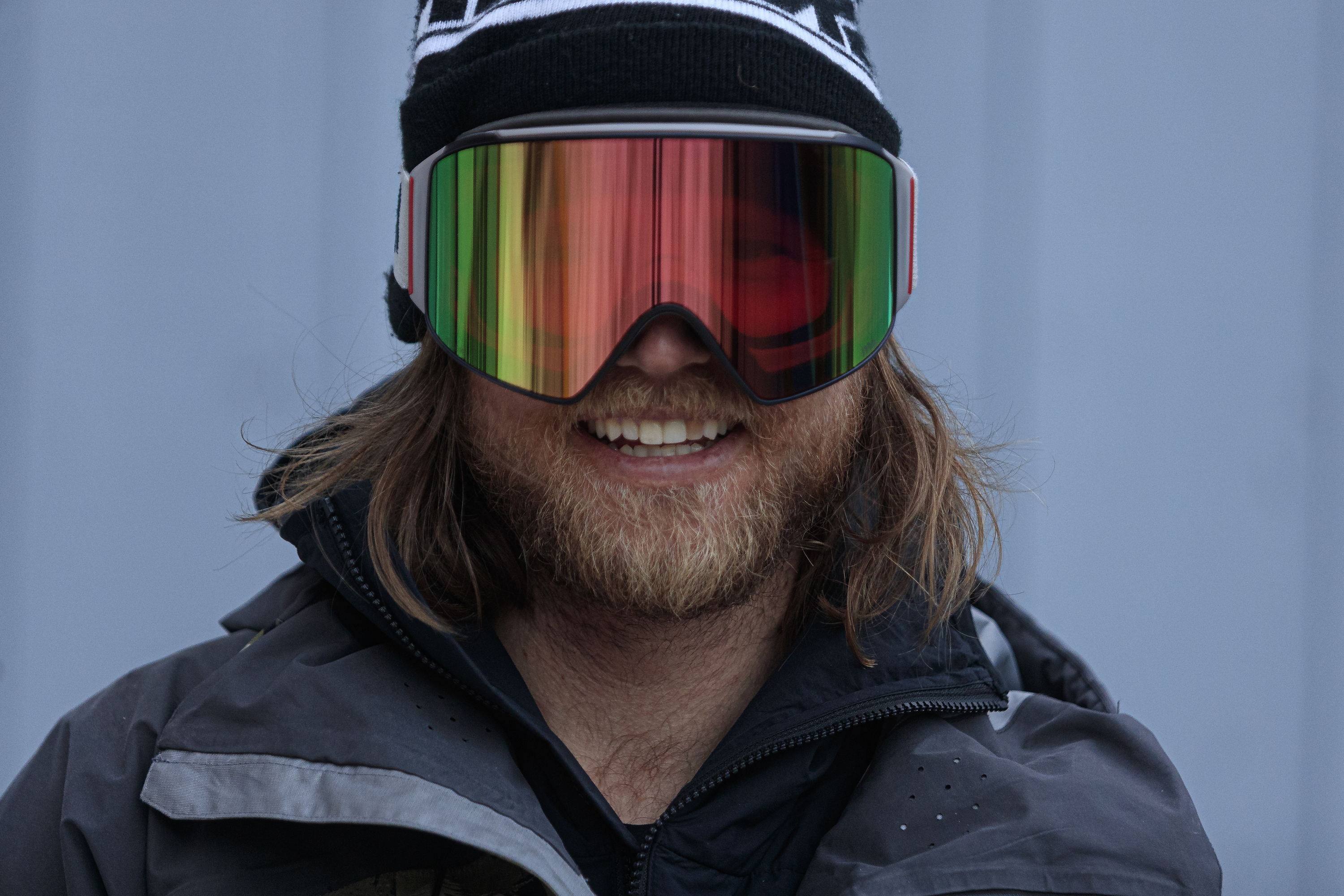 Karl Fostvedt is a backcountry skier and snowmobiler, born and raised in Sun Valley, Idaho. Sometimes known as “Crazy” Karl, he is known for energetically pushing the sport. He’s been featured in movies from MSP Films and Teton Gravity Research, and he won the King of Corbet’s title in 2018 as well as in 2021.

“Corbet’s is a one-of-a-kind contest,” he explained. “And I like that it’s not overly regulated. It’s old school, hot-dog style and I appreciate that.” 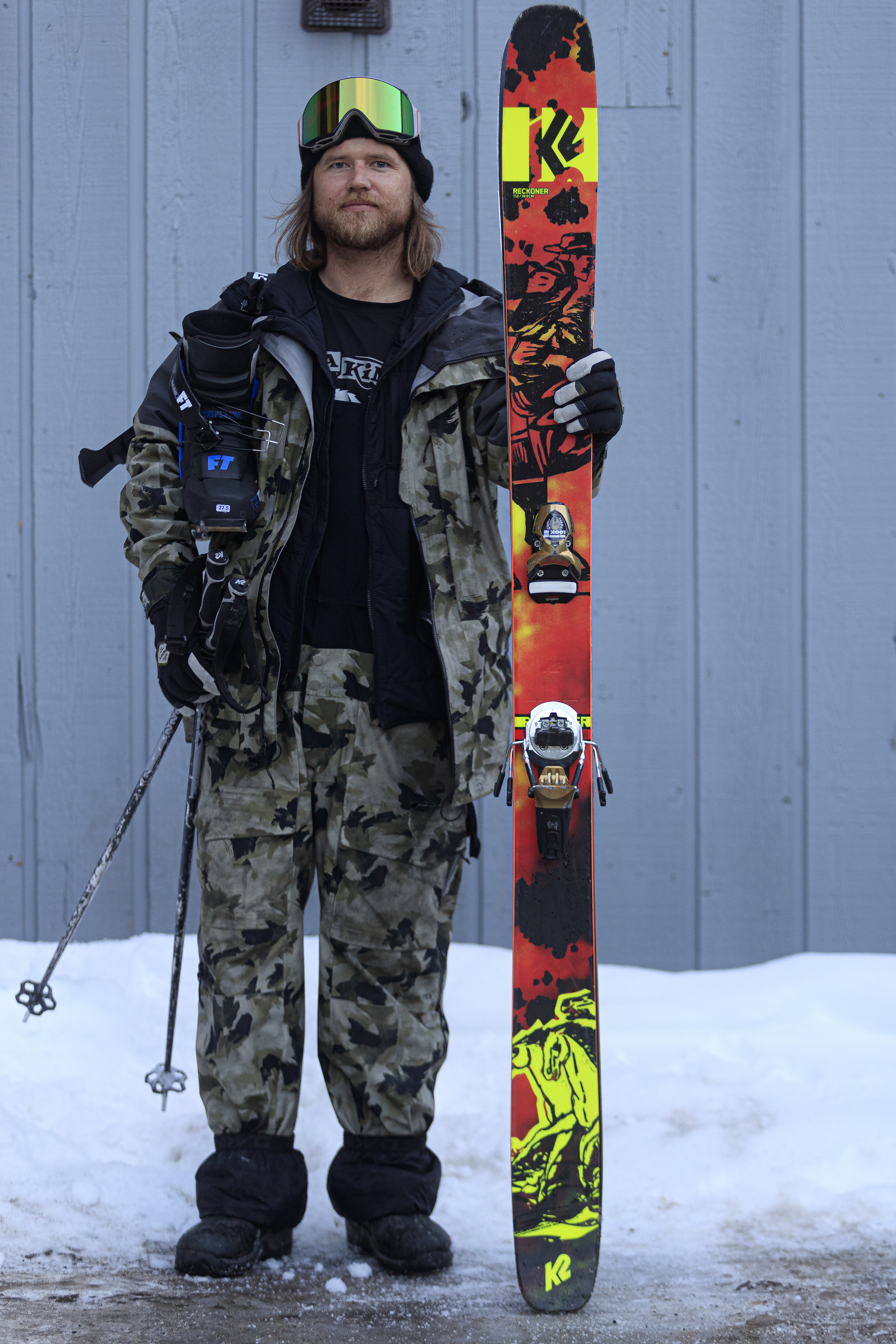 So, how exactly does he prepare for that kind of competition each year? We asked Fostvedt that too: “By skiing,” Fostvedt said. “That’s the best part: the only way to get better at it is ski as much as you can. As long as there is snow on the ground, I am skiing.”

A fun fact about Fostvedt’s kit? When we spoke to him about dialing it in, he told us, “The brands I’m riding for could give me anything and I would be set. But I got my gear dialed like 20 years ago and stuck with it ever since.” 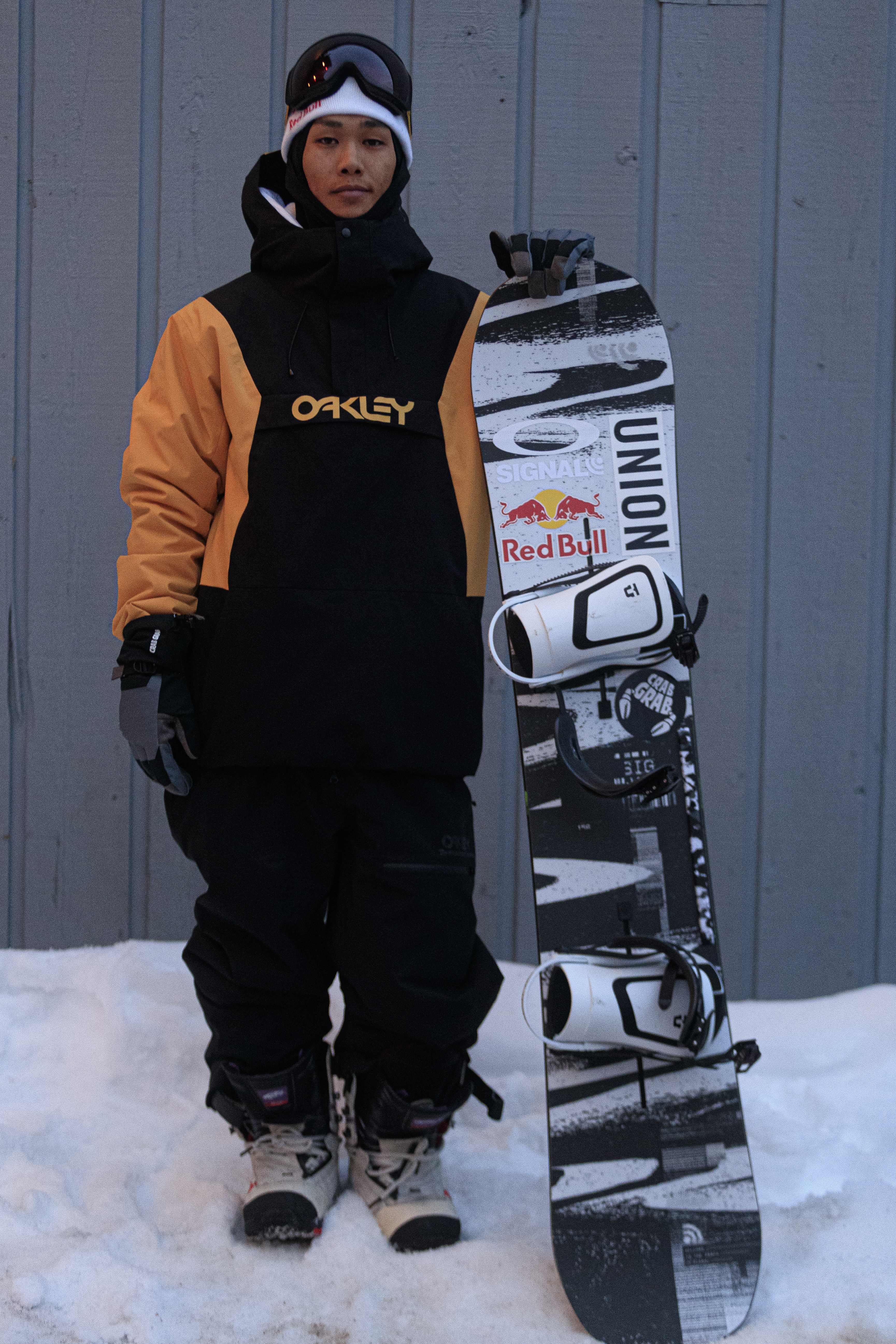 Way back in the 2012-2013 season, Japan-based snowboarder Yuki Kadono became the youngest snowboarder invited to Air & Style and participated in both the Innsbruck, Austria, and Beijing, China, events.

He then became the first snowboarder from Asia to win Big Air and Slopestyle, in Beijing, and also has six X Games medals to his name.

He’s a big name in Japan and the U.S. He even competed for Japan at the 2014 Winter Olympics, finishing 8th overall in slopestyle. 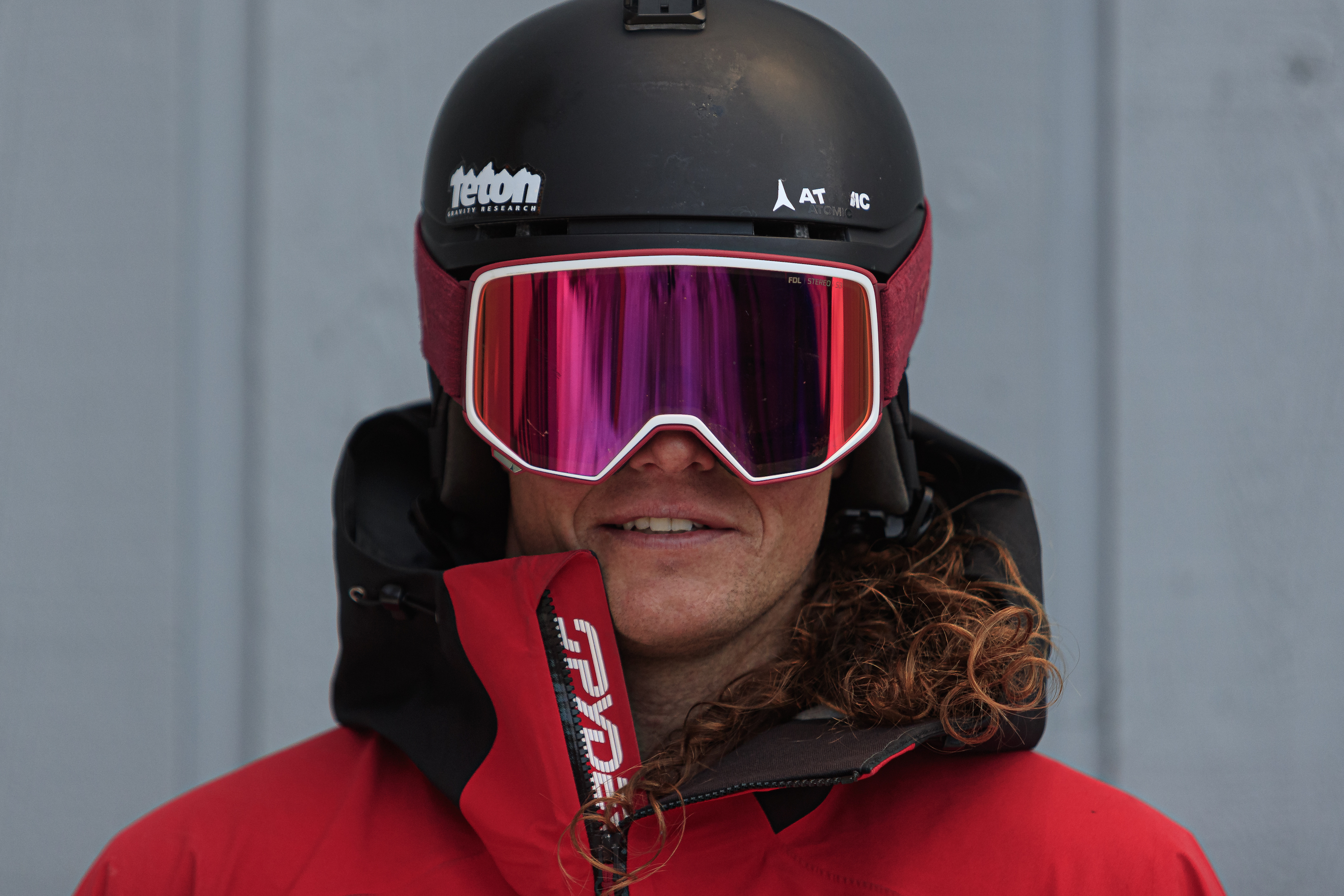 Local Jackson Hole legend Tim Durtschi (originally from Anchorage, Alaska) is a skier who is always fun to watch — especially when it comes to big freeride missions and big sends in the backcountry. Growing up in Alaska definitely influenced Durtschi’s ability to make a terrain park out of natural features. And living in Jackson Hole sure helps, too.

“I am a local, so I ski the mountain a lot,” he told us in an interview. “And my favorite part about Corbet’s is that it’s at the top of the mountain — 10,000 feet. Corbet’s gets a whole different snowpack and all kinds of weather. I’ve skied Corbet’s many times and skied it in all sorts of conditions.” 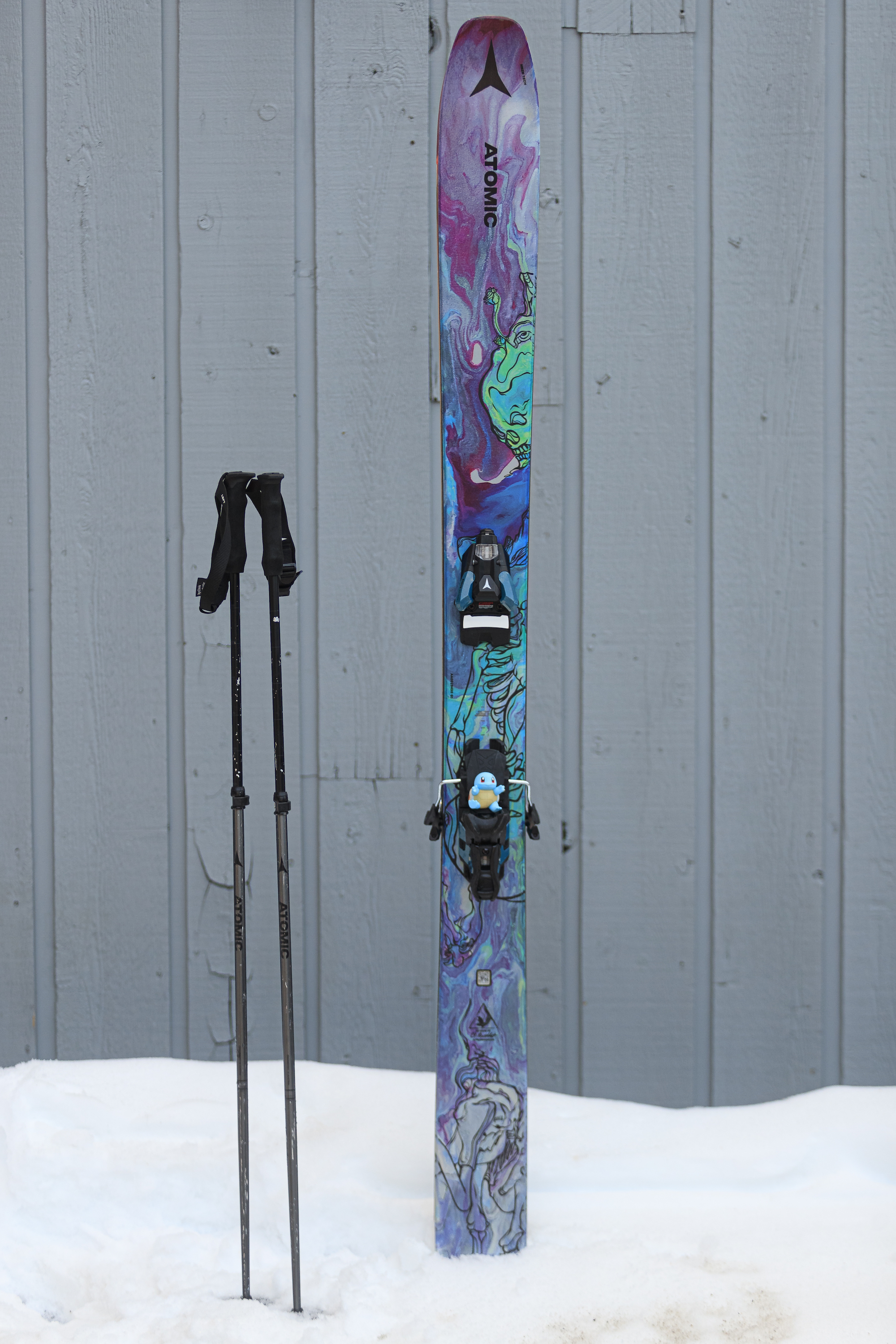 But proximity isn’t the only element of Corbet’s that strikes Durtschi’s fancy. “My favorite part of the event is that they add jumps to it which allows myself to get creative dropping in,” he said. “It’s a once in a lifetime opportunity to send it into Corbet’s and do tricks [on] such an iconic part of the mountain.” 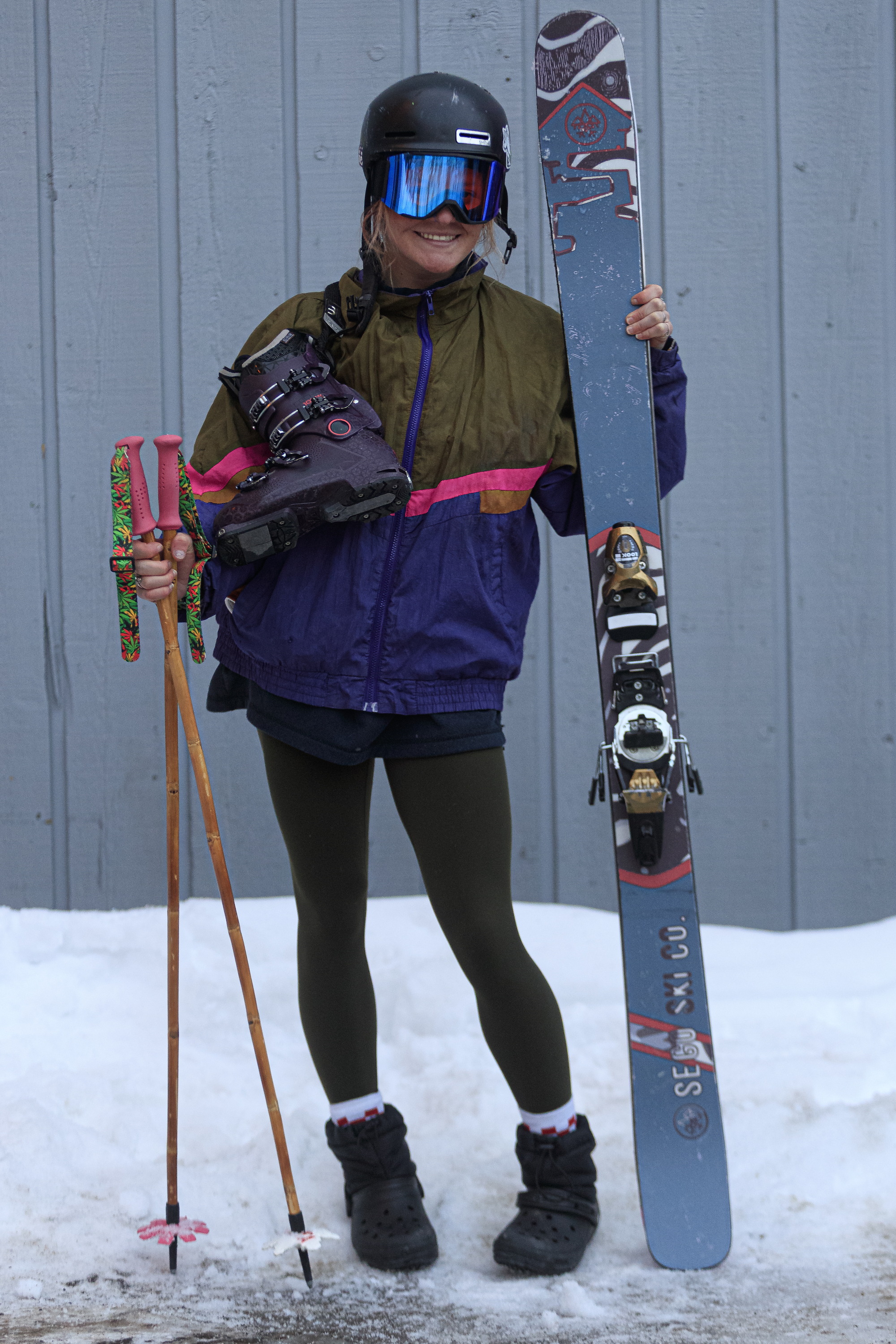 Corbet’s isn’t for the faint of heart. Though, it still hasn’t stopped young up-and-comers like Piper Kunst from dropping in.

Twenty-one-year-old Kunst is from South Park, Colorado, but currently lives in Salt Lake City, Utah, while attending college at the University of Utah (and skiing, of course). You’ll typically find her at Alta Ski Area.

This will be her first career debut at Corbet’s.

So, how do you prepare for a competition like this? This was our burning question for this Corbet’s newcomer.

“Oh, my gosh. That’s a good question,” Kunst mused. “And honestly, not focusing on the competition was probably the best way I prepared, which was hard because I fixated on it for so long leading up to it.” 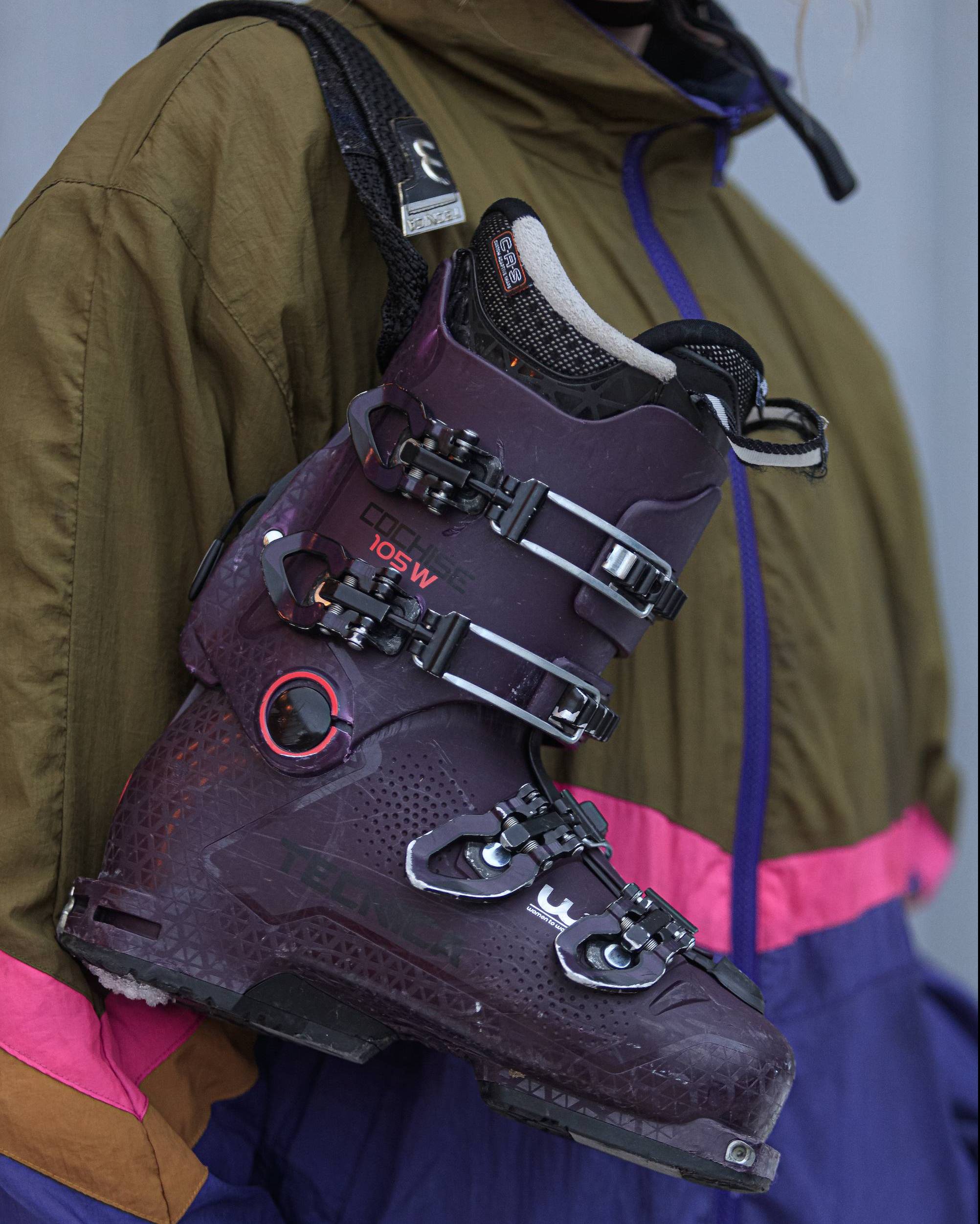 Reverse psychology? Maybe. Does she look prepared and excited to rip? Absolutely.

All photography for this article is provided by Emily Tidwell/Red Bull Content Pool.

In its fifth year, the Kings and Queens of Corbet's competition will bring only the most expert skiers and riders together to tackle one of the steepest chutes in the West. Here's how to watch. Read more…

‏Snow bibs and backcountry go together like swallowtails and pow slashes. Whether you ski, snowboard, or splitboard, we've found the best men's snow bibs. Read more…