Hammocks don’t exactly scream “ambition,” so it seems fitting that a new fund-raiser on Kickstarter to help host the world’s largest hammock gathering has a goal of just $50. ($50.73 to be specific.) 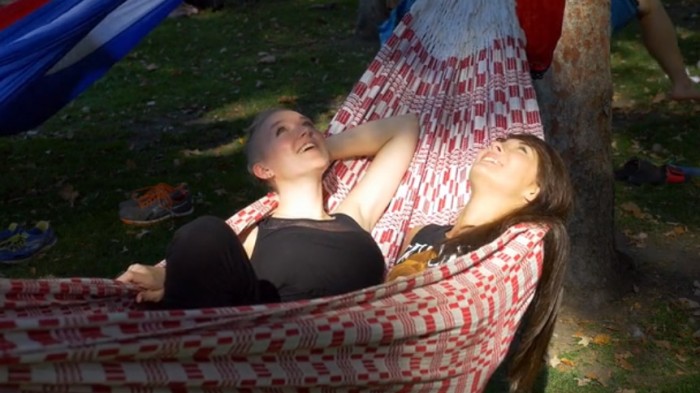 “Help us host the world’s largest gathering … ever,” asks the campaign launched by “Hammock Initiative.”

The location of the gathering? None other than the tropical oasis of Fargo, North Dakota. Check out the video, which had us giggling.

The Hammock Initiative, which calls for folks to slow down and “get their sway on,” launched with a community-engagement project on “National Hammock Day” in 2014.

Hammock Initiative responded to rave reviews and demands for more sway by establishing collegiate branches of hammock clubs across the country and then into remote corners of the world through self-proclaimed “Hammbassadors.” 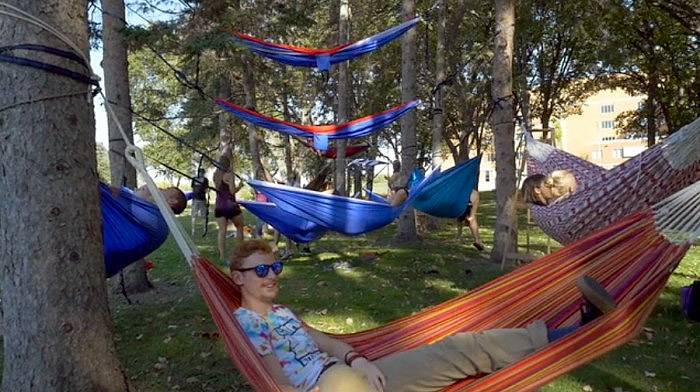 The group wants to host the largest hammock gathering on the planet. Spoiler: They’ve realized the goal of $50.73 on Kickstarter already.

Now they need to get a ton of people with hammocks to Fargo’s Island Park on May 28. 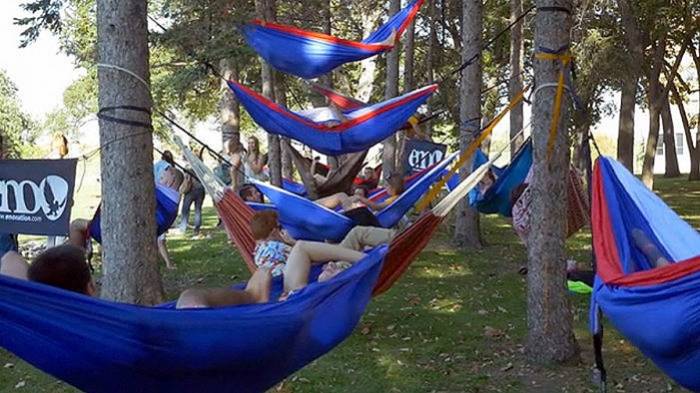 The Guinness Book of World Records only recognizes one hammock category — largest hammock (424.17 feet long, by the Voerman Scouting Group in the Netherlands).

But with this siren call to calm down and sway in the breeze the event is enticing even if it won’t be recognized by Guinness.

Fargo is pretty far from most everywhere, but if you happen to be in the region, or don’t mind hours of mind-numbing driving past corn and wheat fields, head on over to get your hang on next month.

Up Next: Cut Down: State’s Tallest Jack Pine Hacked Before Earth Day