Within its sprawling (and wilderness-draped) boundaries, the city of Duluth hosts 50+ miles of hiking trails and camping spots overlooking Lake Superior. Today the city is rebranding as an epicenter of the ‘great urban outdoors.’ 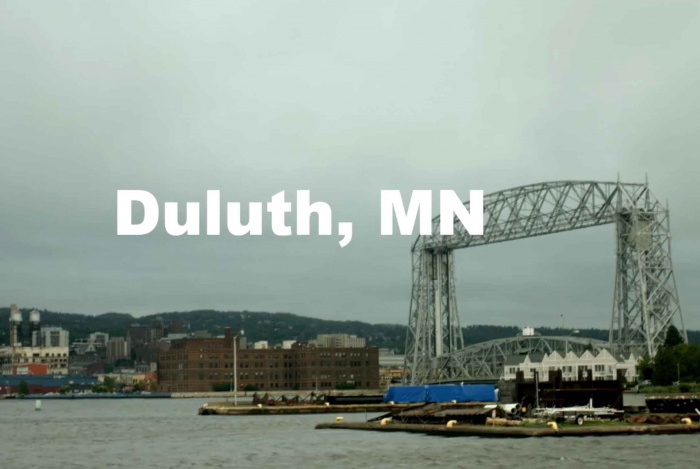 From a revamped ice-climbing park to more than 100 miles of mountain biking trails, Duluth, Minn., is a case study in urban renewal. Here, the community rallied together around outdoor recreation.

And what better location? Whitewater tumbles through town. Singletrack cuts miles across forested hills. But Duluth wasn’t always this way.

Over the past decade, millions of dollars — and countless work hours — have been put into the massive feat of converting Duluth from an industrial port to one of the midcontinent’s premiere adventure hubs.

Locals and adventure-seekers in the region have known about Duluth’s rise for years. It’s 2017, and the infrastructure for outdoor recreation continues to grow in the city, including miles of trails added each year, developments like ice-farming equipment at a town quarry, and more municipal money routed toward getting people outside.

To get an updated peek at the city this summer we visited for a day of adventure as a part of our “Great Urban Outdoors” project with YETI. Hansi Johnson of the Minnesota Land Trust, a face you’ll see everywhere on Duluth’s outdoors circuit, served as a guide on our tour.

Mountain Bike In The City: Duluth's New Trail Of Dreams

In an ambitious project, the city of Duluth, Minn., is about to open more than 50 miles of hand-cut mountain biking trails. Read more…

In quick succession, our crew hit whitewater, ran trails, biked, and took in the glory of the world’s largest (by surface area) freshwater lake. All this happened within city limits.

We biked the Duluth Traverse and the downhill trails at Spirit Mountain. We camped overlooking the town. And we trekked on the Superior Hiking Trail, a 300+ mile backpacking route that begins south of town.

Duluth is truly one of a kind — it indeed inspired our “Great Urban Outdoors” project.

In its sprawling east-to-west stretch is a downtown core and tourist district. Hotels, breweries, museums, and restaurants bustle in the shadow of the town’s famous Lift Bridge.

Lake Superior reaches to the horizon, an omnipresent force of nature. You can surf or sea kayak toward oblivion. Ore docks and train tracks ring parts of the harbor, some rusting, some still in motion after decades of industrial labor.

At the University of Minnesota Duluth, six campsites are available for overnight stays and bonfires under the stars. Read more…

All this is corrugated by vast swaths of urban forest. Creeks cut through the steep hills, and waterfalls drop in curtains of white. After a weekend in the city, you might never want to go home again.

Up Next: Video: #RVLife Maintenance Tips