Nestled on the Bering Sea, all 380 residents of Newtok, Alaska, were raised to live in the sustainable Yup’ik tradition.

Newtok residents became some of the first Americans displaced by global warming. The immediate reason was apparent — rising sea levels and permafrost melt-off were quickly swallowing their village.

The root cause was less pronounced: government inaction and bureaucracy over climate change. The families boxed up their belongings, led their animals onto boats, and set sail for an entirely new town.

Their departure was no surprise. The Yup’ik people had spent two decades preparing for that moment. They’d even begun construction on energy-efficient homes in their prospective hometown of Mertarvik, which lay 10 miles to the east.

“Thawing permafrost and erosion has increased flooding risks and caused the land around their homes to crumble and sink,” National Geographic reported.

“The community landfill has washed away, fuel storage tanks lean precariously, and some houses have already been torn down because they were in danger of collapsing.” 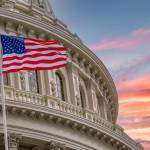 The migration began in 2019, but the tribal administrators estimated it could take up to 4 years before Mertarvik had sufficient housing for everyone.

After all, the villagers were relocating with minimal help from outside — no government agency or state authority would involve itself. Most external support would come through the Alaska Native Tribal Health Consortium.

“It will be challenging, but this is a very strong community,” said Consortium Manager Gavin Dixon.

Produced by Patagonia, “Newtok” premiered to the public on April 22, 2022. The documentary provides degrees of inspiration and knowledge that makes it well worth watching.