Home » Outdoor » Hiking » The Mystery of the Missing Hiker Emoji

Do you remember an emoji of a hiker with trekking poles and a helmet? You’re not alone.

It’s called the Mandela effect. You and a bunch of your friends remember something happening one way only to discover that, inexplicably, you’re all wrong. The phenomenon takes its name for a widely held belief that Nelson Mandela died in prison, when in fact he died decades later in 2013.

But the theory that reality is being toyed with really picked up steam with the beloved children’s book series, The Berenstein Bears. And if you’re thinking, What about the Berenstein Bears, you can count yourself among the duped. It’s not spelled Berenstein, it’s Berenstain – apologies if I’ve rocked your world.

Somehow, the outdoors world has remained largely untouched by this cosmic snafu – until now. While combing Reddit, I came across a post from user babs2115 in the /r/AskReddit subreddit that gave me pause. It was a simple question:

“What happened to the hiker emoji?”

I knew exactly what babs2115 was referring to – a small picture available on most phones messages that depicts a person wearing shorts and a backpack with trekking poles. I remember a mountain in the background. And when I checked my phone to confirm, babs2115 was proven correct: It was gone. 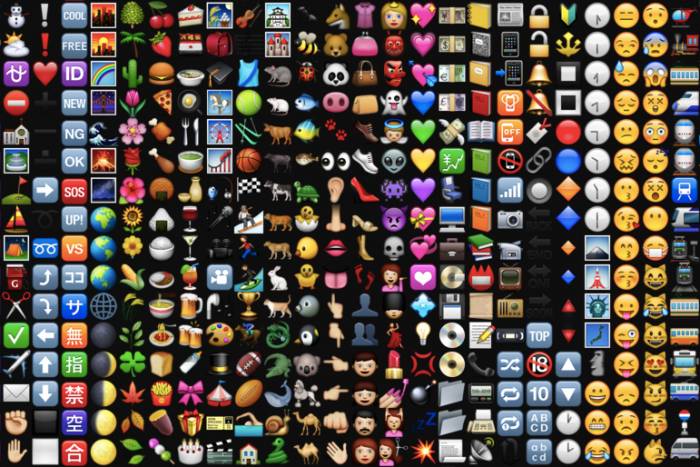 It wasn’t until I Googled the question for myself that I realized something was deeply wrong. There is no hiker emoji. And by all accounts, there never was.

The more I Googled, the more frantic I became. How could this be? I reached out to babs2115 on a whim. I had to know what s/he was talking about, if we were both experiencing the same presumed déjà vu, or if I was alone.

The response was swift: “It was like the walking emoji, but he had a backpack on and two hiking sticks. I can’t find it anywhere. I remember it so vividly.”

With my jaw planted firmly on the floor, I did some sleuthing. I read Wired magazine’s The Wired Guide to Emoji, chronicling the history and evolution of the tiny graphics. Nothing. I even searched the page for “hike.”

I hopped over to Emojipedia’s Animals and Nature page. I scrolled past turtles, tulips, tornadoes – even something called a Tanabata tree. No hiker. So I checked the site’s Travel and Places section and immediately became hopeful again.

Volcano, national park, sunset over mountains – but no hiker. I went through everything! Somehow, I found a Japanese post office, “man fairy,” woman dancing, man running, and person walking. But no damn hiker!

For good measure, I navigated to the “List of all iPhone / iOS Emojis.” I meticulously scrutinized each thumbnail, row by row, as much for the hiker as anything remotely resembling the hiker. Not. One. Thing.

Proof of a Hiker Emoji?

Frustrated, I returned to the source of this mystery. Redditor babs2115 reposted their question to the /r/MandelaEffect subreddit, this time with even more information:

Within a day of posting, redditors by the dozens reaffirmed what I and babs2115 believed: There was a hiker emoji.

“I remember this. As soon as I read ‘missing hiking emoji’, I pictured it in my head exactly how you described.”

“I remember this too. Facing right with a stick, red shirt, blue hat I want to say?”

“Same here! I recently went hiking and went looking for the same emoji and was very confused. I could’ve sworn I saw a right facing hiking emoji!”

The comments go on. But one mention in particular piqued my interest. User malynnzm claimed to have used the emoji as part of her business’ advertising. And then one day, it suddenly disappeared:

My family has a hiking/camping apparel and equipment company and I run all the social media. In our original bio on instagram it said something along the lines of ‘your first stop for hiking (hiker emoji), camping ⛺️, yoga (yoga emoji) and fitness needs ?️! family owned and operated. Made in the USA ??. ‘ I just recently [had] to change it because the hiker and yoga emoji had been blacked out into little cubes. I originally thought it was my phone, that I just hadn’t updated but realized they had been taken off my keyboard.

Where Is the Hiker Emoji?

So, where is the hiker emoji? Is it languishing in limbo, trapped inside an abandoned dimension? Or does it remain on smartphone keyboards in another reality, happily being shared among texting outdoor enthusiasts?

One thing seems certain: We have been stripped of a beloved travel companion and hiking icon, or it never existed at all. Clearly, we need this emoji. So on behalf of everyone who remembers that little hiker, I say this: Apple! Give us (back?) our emoji!

Up Next: Injured, Cold, Remote: My Near-Disaster in Greenland