Visions of rut-crazed bull elk and majestic mule deer fill many a hunter’s dreams. And with a little planning and some discipline, you too can hunt the mountainous icons of the American West.

Mountain hunting draws more and more people every year. They want to experience what is truly wild and break the ties of city life. I don’t blame them. And I feel blessed to live in the West where adventure is at my doorstep.

For may hunters, this year will be a maiden voyage and first mountain hunt. Preparing for something like this can be daunting.

If you’re aiming westward, here are a few things to keep in mind. 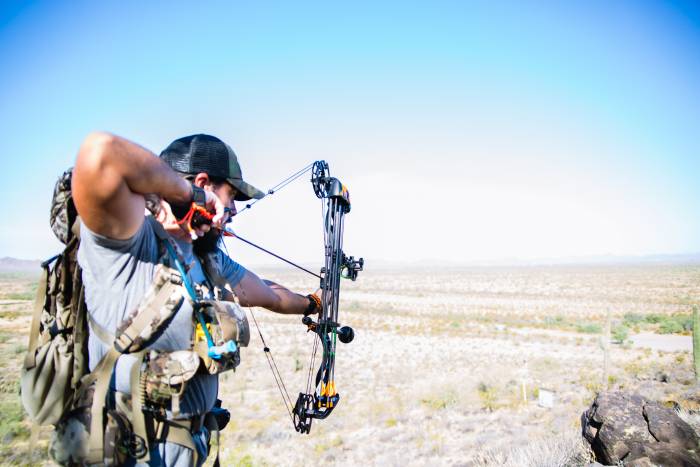 The vast landscapes of the West are intimidating. Because of their scale, a hunter would do good by extending their shooting range.

Out here, longer shots are a dime a dozen. Whether carrying a bow or a rifle, spending the time on the range is only going to help you. With a rifle, get comfortable at 300-400 yards at least. If you’re a bowhunter, get confident out to at least 60 yards.

All that said, know your limitations. The last thing you want to do is wound an animal. And 60 yards at the range is nothing like 60 yards in the field when the bull of your dreams is out there broadside and chuckling. So practice well beyond your intended hunting range to make them a chip shot, even when your blood is pumping. 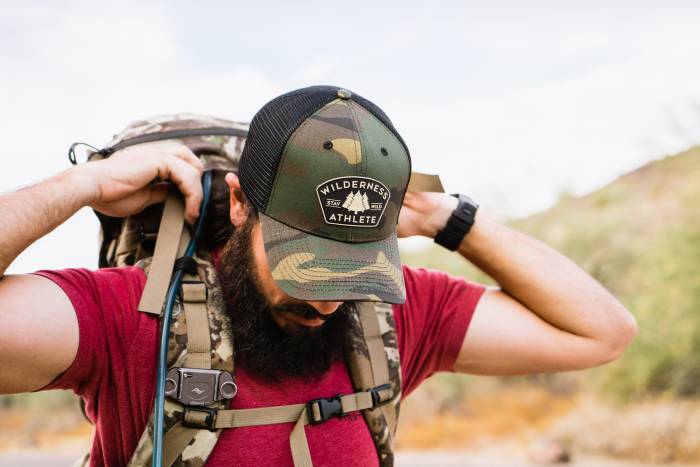 Western hunting is a downright physically demanding activity. There’s no getting around it. If you’re heading out west, do yourself a favor by spending some time working on your physical fitness.

Now, I’m not saying that a person needs to be an ultramarathon runner or straight-up beast in the gym. But that sure as hell won’t hurt! Working out three times a week has seemed to always do great for me. In doing so, I’m not deadlifting 300 pounds or benching 220 either.

In the gym, I focus on legs, core, and cardio. Building endurance and a bit of strength in all of these areas does the body good come hunting season. Don’t want to go to the gym? That’s totally fine. I’ve often just loaded up my pack and hit a local trail. Heck, I’ve even walked around my neighborhood with it.

Gear isn’t everything, but it’s something to consider. It’s easy to get wrapped up in gear and think too much about it. But there are three main areas I think one should focus on: boots, backpack, and clothing.

Boots are your tires out there. They’re what get you from point A to point B. Without a solid pair of boots, a hunter could ruin their hunt. I’ve experienced both blisters or boot failure, and neither is fun. Take time beforehand to find something that works for you and break them in. Look for comfort, durability, and support. 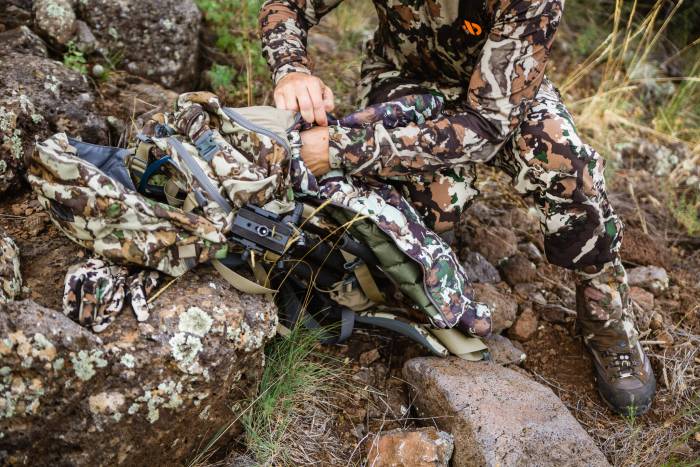 Similarly, having a backpack that isn’t up to the task at hand can leave someone pretty miserable out there. Look for packs with a sound suspension system, load lifters, and a strong frame.

If a pack doesn’t carry weight well, you’ll both know it and feel it. When you do find a pack, learn how to properly put a backpack on as well. Many folks out there have killer backpacks but wear them wrong. This defeats the purpose of the suspension system.

We tested and researched the best backpacks for hunting deer, elk, and big game. These top hunting packs shone through. Read more…

Clothing is definitely not something to turn your nose up at. A good layering system (base layers, insulation, rain gear, etc.) goes long way come game day. This stuff is going to keep you comfortable when Mother Nature doesn’t want you to be.

Good gear keeps you out there longer, which allows you to hunt harder. I was a skeptic of high-end clothing at first. In the end, I ate my words. Quality gear is so worth it, as is a quality backpack and boots. Don’t skimp here. 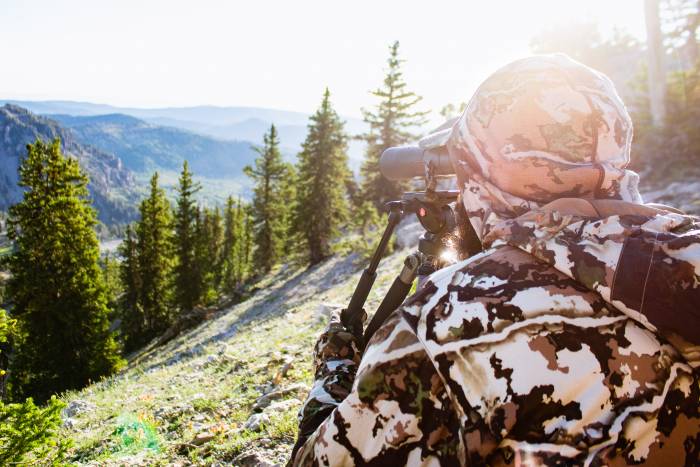 If you’re about to embark on your first big-mountain hunt, let me just say that I’m so stoked for you. Hunting the West is something that takes hold of your heart. We are constantly reminded day after day of its presence, as it never leaves us.

Whether it’s the image of a bull’s breath as he bugles on a skyline or velvet antlers moving just above a bed of wildflowers, those are the experiences that many of us never stop chasing. There’s a reason why hunters spend all year preparing for their big-game hunts out here in the wild West: With preparation comes opportunity.

Up Next: Hunting, Angling Offer Respite for Many in a Tenuous Moment

Saving…
Hunting, Angling Offer Respite for Many in a Tenuous Moment
500-Pound Marlin Drags Kayaker 15 Miles Out to Sea
×