Dear readers, this is an intervention. It’s about your gear. 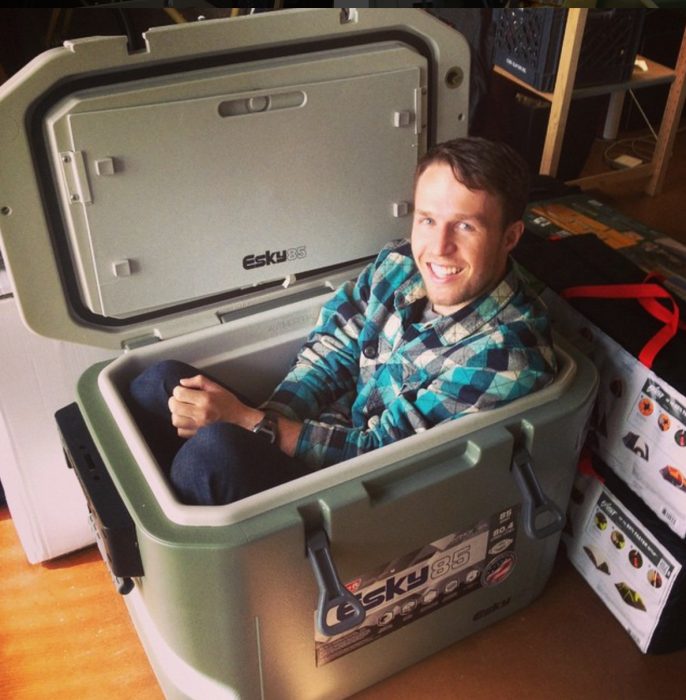 First of all, you need to know that I love you. Well, I like you… most of you anyway (I’m looking at you, Dave “Snapchat-On-Belay” Johnson). And I understand it’s important to be “fully equipped” for the outdoors, but there’s a line.

I’m worried because your house looks like an REI threw-up into a very small space. There’s no room to move around in there.

We all watched 127 Hours but you’re the only one who added a bone saw to your first aid kit. Beyond that, I’ve collected a few examples of times that your gear obsession got unreasonable and I want to share them with you. To help, not to hurt.

No, You Can’t Buy More Gear

First, it was really cool when you said “I can bring a cooler,” but, dude—that giant one is overkill. We were camping for one night. We were making breakfast burritos, not hunting mastodon. 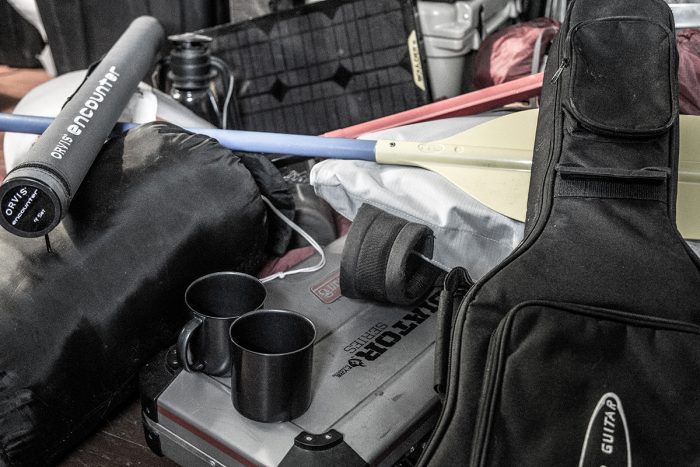 Remember the time you told Dan he could borrow your phone charger then sent him out with three solar panels and a battery pack that comes with wheels?

And how many lumens do you really need in a state park? That raccoon’s blind now and it could have been prevented. 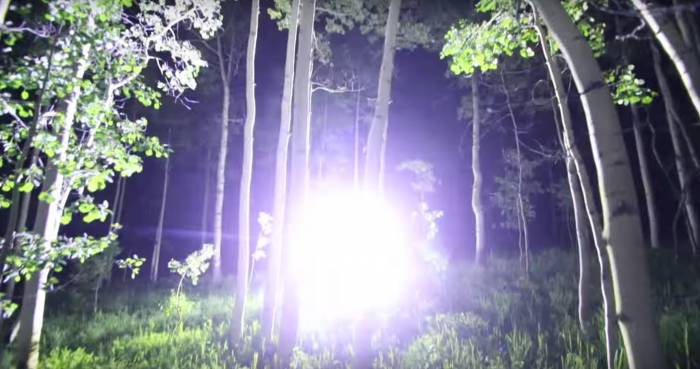 I know it’s tempting to get every weight of fly rod but you only have two weeks of vacation each year and haven’t had a fishing license since the Clinton administration.

The guys in green vests with hipster beards aren’t you friends. They’re your outfitters. They only hangout with you to talk about down fill and sell you accessories. That girl you call at Backcountry? She’s not your girlfriend. She’s a Gearhead. That tatted up guy with greasy hands and shaved legs just wants to fix your bike, not hear about the helmet you just bought to replace the one that won’t sync to your watch/heart rate monitor/strava-headlamp.

I worried a little when you started ordering used stuff on Amazon but last night you were looking at Chinese eBay. That’s dangerous, man. Next thing you’ll be surfing the Deep Web and meeting a man on the docks, shifting nervously under your trench coat while waiting for a crate of uncut high fluoro ski wax.

We’ve all talked it over. We’ve come together and need to sit you down. Brace yourself, ’cause this is going to hurt. Ready? Ok.

It’s Time For A Garage Sale 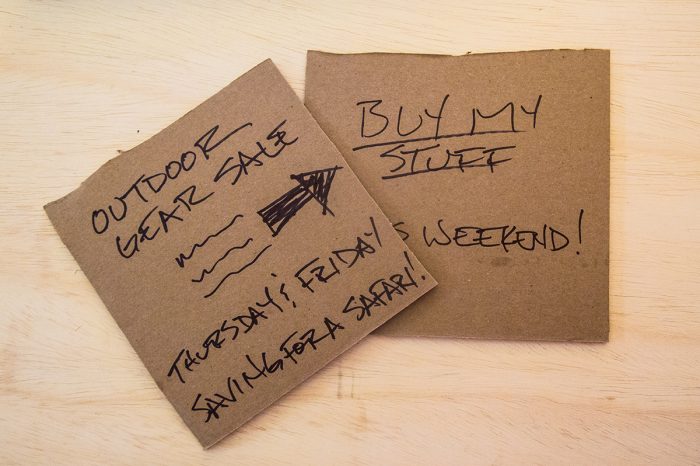 You need to get rid of all this stuff. Clear it out. Start fresh. It’s time to sell everything you’re not using—the titanium mess kit that looks brand new, your hand forged hatchet… maybe that ultralight canoe in your yard?

No, really—what do you want for all that stuff?  It’s not for me. It’s for a friend. He’s just starting out, you know. He really likes being “outside” and thinks a little “equipment” might help him out.

Me? Nah, I’m good. I could never use another bike. You can only ride one at a time!

I’m not actually a GearJunkie; it’s just the name of the publication and, anyway, this isn’t about me. It’s about helping you.

P.S.— If you have a good set of trekking poles… on second thought, never mind.