The book ‘Let My People Go Surfing’ received its first update since publication 10 years ago. In the revised edition, author Yvon Chouinard takes a hard look at humans’ impact on the planet and makes a new pledge from Patagonia. 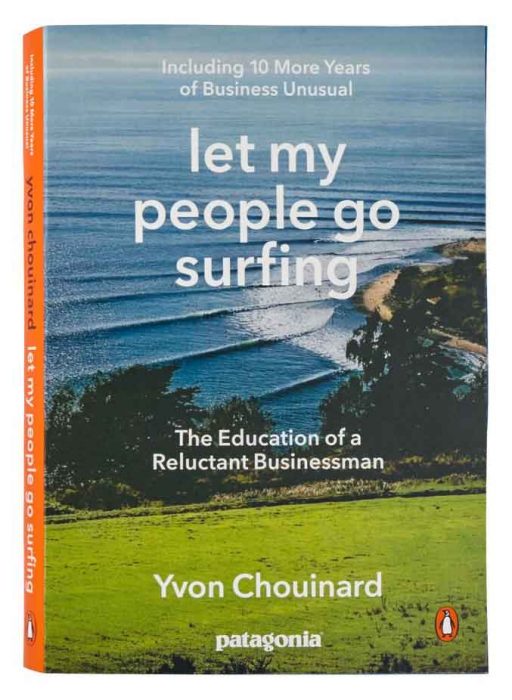 In 2006, Let My People Go Surfing launched into the canon of outdoor philosophy. Chouinard, the founder of Patagonia, promised to build more than a good brand. He vowed to be a good steward. His company’s actions have followed suit. For 2016, the book carries a revised chapter dedicated to the environment. Chouinard outlines the hard truths behind retail, production, and Earth’s resources. Foremost in his message is an ethos to “Do Good.”

GearJunkie received an early copy of the book. This is an excerpt of the all new section, “Do Good.” Here Chouinard discusses the corporate impact on food systems and the Patagonia Provisions initiative.

IN 2013, WE STARTED A NEW company under the name Patagonia Provisions. A food company with the same values as our clothing company. Knowing that we have to produce 50 percent more food by 2050 just to feed this hungry world, we saw an opportunity to help guide the food revolution.

We’ve put together a small “seal team” of plant geneticists, fishery biologists, farmers, fishermen, and chefs with a goal of producing the highest-quality food.

We all know that the type of soil, the climate, exposure to the sun, and so on greatly affect the quality of wine grapes. Why wouldn’t that also be true for vegetables and grains? One of the reasons why it can’t be said that an organic carrot is always X percent more nutritious than an industrially grown carrot is that it makes a difference where those carrots are grown. Going beyond organic might also mean growing carrots where they should be grown to optimize their overall quality, and do it in such a way that we grow topsoil too.

And I believe that revolution starts, to paraphrase David Brower, by “turning around and taking a step forward.” In other words, we need to go back to the old ways of farming, with organic practices, biodynamics, and crop rotation leading the way.

Farmers in Brazil used green manures and legume cover crops to double their yields of corn and wheat. Scientists at the Washington State Bread Lab and the Land Institute in Kansas are rediscovering perennial wheat and other heritage grains that require less water and little topsoil disruption.

A recent study by Technische Universitat Munchen showed that organic farms emit around 20 percent fewer greenhouse gases per yield unit than conventional farms. The Rodale Institute found that organically managed soils can actually sequester more carbon than they release. They found that if all cropland were converted to the regenerative model, it would absorb 40 percent of annual carbon dioxide releases, and if ranching lands were to do the same, those lands would absorb an additional 71 percent.

As we confront global climate change, increasing drought, and a diminishing supply of fossil fuels, it’s clearly time to rethink our agricultural practices.

The French farmer with his twenty dairy cows can’t make a living selling his milk to the cooperative—no matter if his milk is better quality. But if he makes his own cheese and sells direct through a farmers’ market or to a restaurant, he breaks away from the restrictions of the commodity product and distribution system.

The next story is a lesson in inventory turns.

Singing Frogs Farm with its eight-acre spread in Sebastopol, California, is proving that by breaking paradigms, it not only can compete but also can thrive.

When they harvest a crop like broccoli, they cut the stems down to the ground to be composted. The roots are left in the ground to feed the microbes and earthworms. A layer of compost is put on, and the same day the starter plants from the greenhouse are planted. There is no waiting for seeds to germinate. No toxic chemicals are used. There is no tilling. They produce three to six crops a year in their raised beds. The farm grosses $100,000 an acre, which is ten times the average income per acre in comparable California farms. 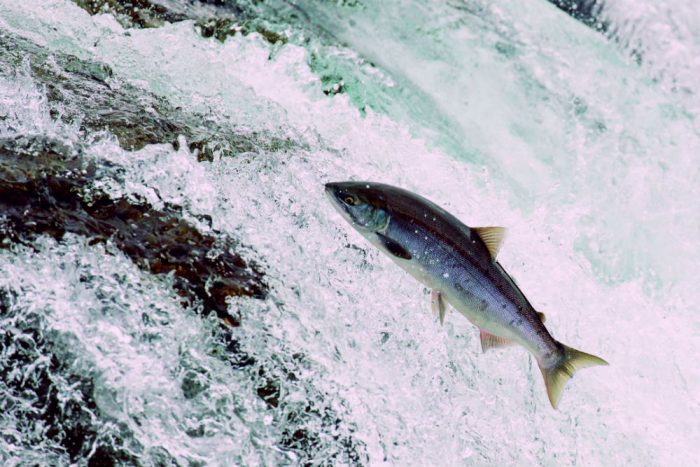 We need to go back to the old ways of fishing, too, with ancient, selective-harvest techniques. In the case of salmon, where healthy, sustainable populations mingle with endangered stocks on the high seas, we can choose to harvest from areas where we know exactly which fish we’re catching. We can work to take down dams, stop open-water fish farms, and wean ourselves from destructive hatchery practices. Free-flowing rivers with naturally abundant salmon runs will produce more fish at lower cost and preserve the riparian ecology at the same time.

We need to go back to the old ways of raising animals for food as well. Long before industrial feedlots, growth hormones, and antibiotics came to dominate the livestock industry, there were simpler, healthier ways to produce meat for the table. Free-range, organic livestock produces better, more nutritious meat, creates fewer greenhouse gases, and allows animals to live a more natural, dignified life. In some cases, such as freely roaming bison, the animals themselves actually contribute to the recovery of wild ecosystems.

If we go back to these old ways, we win on three levels: First, we produce food that tastes better and is better for us. Second, we reduce unemployment—a lot of the conflict around the world has, as its source, the lack of meaningful work for generations of people displaced by technology. And finally, organic agriculture and responsible harvest and husbandry represent our best shot at saving the planet.

‘What Does A Clothing Company Know About Food?’

Now, what does a clothing company know about food? That’s a question I hear a lot, and it’s a good one. And I can honestly say that when we started Provisions, the answer was, “Next to nothing.” But I like to remember that when we started Patagonia more than forty years ago, the question was, “What do a bunch of climbers know about clothing?” And the answer was the same.

But over the years, we’ve developed an ethic of how we approach sourcing, making, and selling things, and my goal is to apply this ethic to food. And that means, once again, rolling up our sleeves, learning all we can, and getting to work. We didn’t know anything about making fleece out of recycled pop bottles, or organic cotton, or Merino wool, or humanely harvested down until we dove into them, either.

With Provisions, it’s an especially daunting task, and we don’t expect to change the food industry overnight. But I think, if we get it right, we can help start the ball rolling toward a new-old way of producing what we eat. It’s really our only hope.

This is the most important project the company has ever tackled. We might even save the world.

Up Next: Death By Drops: The Compounding Of Water Loss

Saving…
Death By Drops: The Compounding Of Water Loss
Strange Gear Patent Could Have Major Consequences
×