The Pentax VD 4X20 WP is the world’s first 3-in-1 binocular product. With a few clicks, it goes from binocular to two monoculars or a single ‘telescope’ with 16x magnification.

Compact binoculars are a useful tool for hunters, bird watchers, concert-goers, sports fans, and a lot more users. But binoculars are tough to share with a friend without passing them back and forth.

So the ability to pull them apart to create two monoculars is pretty clever. Today, Pentax announced the VD 4X20 WP ($249). The small binoculars bring four power magnification in a light package of just 12.9 ounces. They provide a 10-degree real field of view, which equates to 525 feet at 1,000 yards.

These specs alone are nothing surprising. But where this binocular stands out is its ability to unhinge in the middle, becoming two monoculars. Thus, you could take off half of your binocular and hand it to your buddy who forgot their binoculars on vacation so they can share the view of the sloth in the trees. Pretty clever!

Is four power magnification not enough? Well, the VD 4×20 has another trick up its sleeve. Users can take the two monocular halves and chain them together end to end. This results in a 16x magnification through a single optic, which Pentax calls a “telescope.” 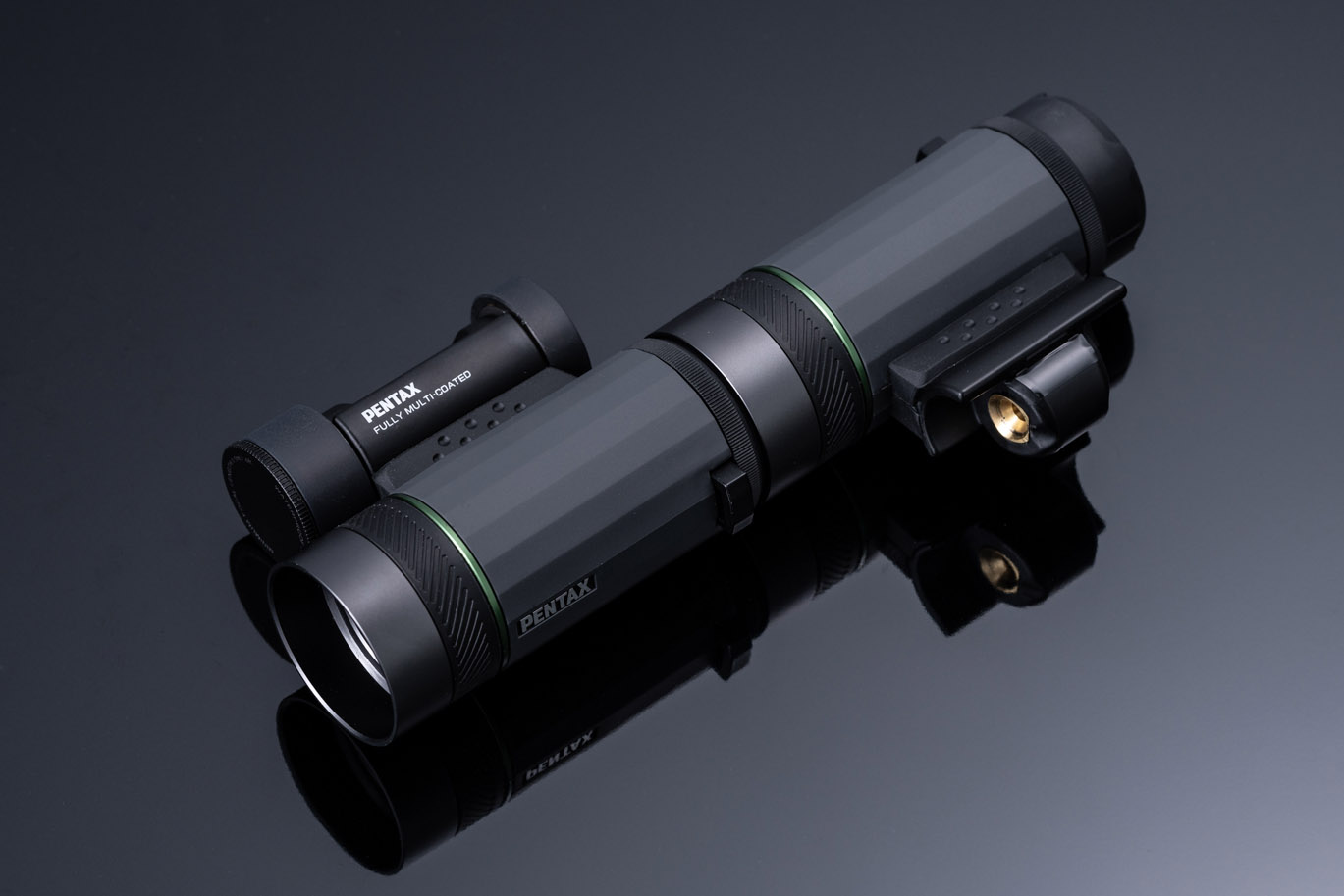 Granted, this isn’t a very powerful telescope (a lot of rifle scopes and binoculars have that much magnification built right into their zoom). But it’s another clever design attribute that adds to the versatility of the product.

Beyond all the transformations, the VD 4×20 looks like a solid, compact binocular. It’s waterproof and has fully multicoated optics (which optimizes light transmission). And at $249, it should hit a sweet spot for a lot of consumers. We haven’t tested these but are certainly intrigued by the unique design.

Learn more about the Pentax VD 4×20 or place an order here.

The Best Binoculars of 2021

Whether birdwatching, route-finding, or hunting, you need the best binoculars to optimize your time spent outdoors. Read more…