This spring, we covered the debut of G-SHOCK’s first watch with a built-in heart-rate monitor and GPS tracking, the G-SHOCK MOVE GBDH1000. Now, we’ve connected with an elite mountain runner, Joseph Gray, to learn how he uses the GBDH1000 to train.

The first G-SHOCK from 1983 is iconic, and you’d likely recognize it even if you’re not into watches. In fact, those early G-SHOCKs are when Gray became a fan. Decades later, he’s a titan in the running world and a G-SHOCK ambassador.

We asked Gray about his 2020 training and accomplishments, as well as what he likes about the G-SHOCK GBDH1000 as a runner and a coach of other athletes. 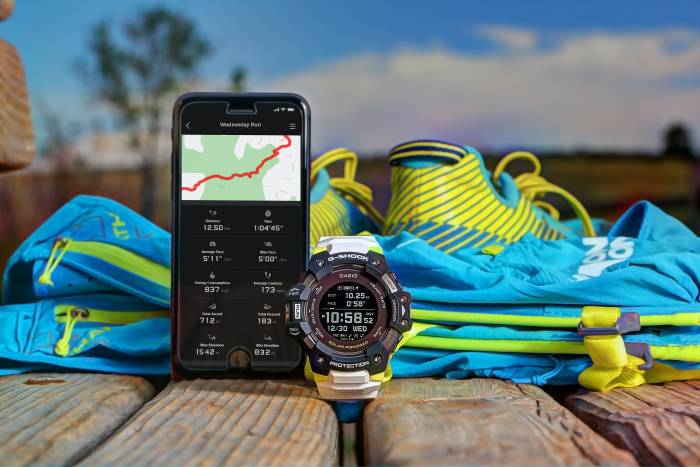 The G-SHOCK family of watches gets its name from being shock-resistant, and the watches are water-resistant to 200 meters. The new G-SHOCK MOVE takes that iconic structure and infuses technology to track and analyze performance measurements like heart rate and VO2 max as well as GPS positioning for tracking distance, speed, split times, and more.

The data can be read on the watch, or you can access more detailed information on the dedicated G-SHOCK MOVE app. The MOVE platform can create personalized training plans based on your profile, training goals, and data. Additionally, the watch can act as a virtual coach. If you’re training too soft or too hard, it will let you know.

Joseph Gray is an elite mountain runner who has been named Mountain Runner of the Year nine times and won eight world championship titles.

Gray has been a fan of G-SHOCK since he was in elementary school (when calculator watches were a big deal). Today, he trains in its latest iteration, the GBDH1000. 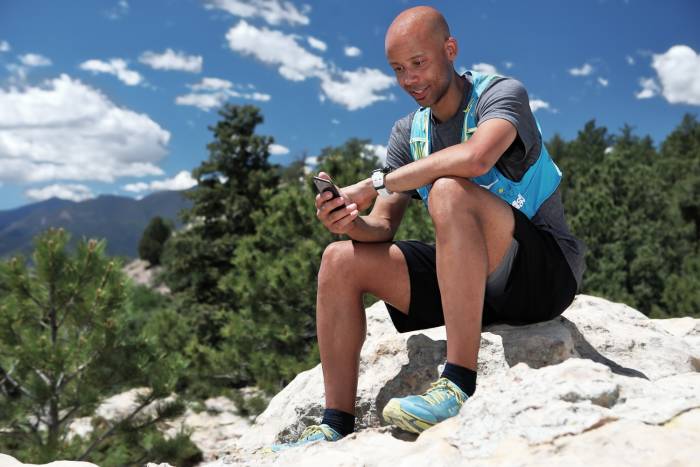 GearJunkie: After nearly a year with it, what are your favorite aspects of this watch?

Gray: I’m a big fan of it. Especially in this day and age when you’re talking about [the importance of] building toward something, having a plan, and being held accountable if you don’t have a coach. The G-SHOCK MOVE has a feature where it will help set a plan for you. You can say “I want to run a 38-minute 10K,” and it’ll give you a plan and hold you accountable for putting in the work toward that goal.

My wife has the watch too, and I used her watch for a run once. It sent her a message on her training plan letting her know she’s way ahead of schedule and her fitness is increasing at a crazy level.

What I love most is that this watch is solar-powered. As most runners will tell you, it sucks sometimes when you wake up late or you’re heading out the door and remember you forgot your watch, only to find it’s dead. Then you have to either borrow someone else’s or rely on your phone for tracking.

When traveling for a camp or race, I’ve forgotten the adapters to charge a GPS watch. Thankfully, I can rely on setting the watch in a sunny spot and it’s ready to go when I come back. 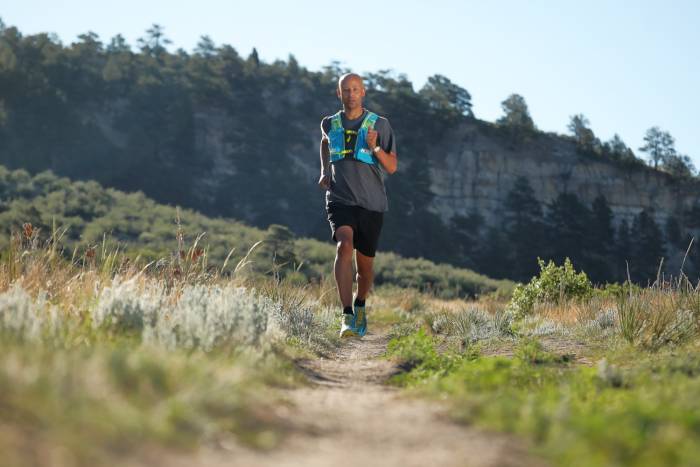 What lesser-known feature have you found yourself using?

When I’m training up high, barometric pressure is another important factor to monitor. Say you’re doing some training at high alpine, you don’t feel very good, [and] you can look at pressure and get an idea of what’s going on. It can make you feel like you’re a lot higher than you actually are.

Take Pikes Peak Descent, for example. In 2019, the barometric pressure was really affecting everyone, and the times weren’t very fast. It’s almost pointless to compare times at altitude just based on that. Barometric pressure can really change a race by minutes. That’s why I love competing, not by time, but against other people.

Have you found yourself using the watch outside of training?

The temperature and directional features. If I’m traveling somewhere new or it’s night, having that navigation can come in handy. I’m not one of those people who track their steps, but it tracks them. And every once in a while, I’ll look at that just to see.

Being able to see your resting heart rate can be a heads-up if you’re overtraining or getting sick. A lot of the features cover different avenues of overall health, not just for runners.

When you’re not using the watch for a training plan, what numbers do find yourself looking at most?

I’ll use the watch [and the G-SHOCK MOVE app] to track elevation when I’m trying to accumulate a certain amount in a week or training cycle. The data can give you some cool graphs so you can visualize where you are. The same thing goes with mileage.

Another big feature is the VO2 analyzer on the watch. Once you get a few weeks of training in, it can let you know what’s going on with your fitness — in terms of whether you’re maintaining fitness, improving, or detraining. It’s cool during the training phase to see if you’re getting more fit, what your heart rate looks like, and whether you’re hitting paces at an easier heart rate than you were at the beginning of the cycle. It provides a good idea of your overall fitness.

I think G-SHOCK did a good job with this VO2 reading. I feel like it’s way more honest than other watches I’ve used that also say they track the same data. It gives me a very clear picture of where my fitness is at any point in time.

Typically, when my V02 max is going down, I am struggling, tired, or just coming off of a break or something. And when it’s going up, you can tell. You can feel the speed and strength in your workouts.

The way that [G-SHOCK’s] graphs are, it’s real simple. Everything’s there, and you can analyze what’s going on if you’re not feeling right.

Do you think there’s a sweet spot for the role data plays in training?

Even with this watch, probably half the time I’m not looking at the real-time data. I look at cumulative data after important periods of training. There are days when I’m running just for fun, but I collect the data just so I can look at it later and see what I’ve been doing.

Running is a simple sport and in my experience, as a college athlete and a coach, overanalyzing the data can stress runners out or take the fun out of it. I’d rather have an athlete who just loves running than one who approaches a goal from purely an ego standpoint. 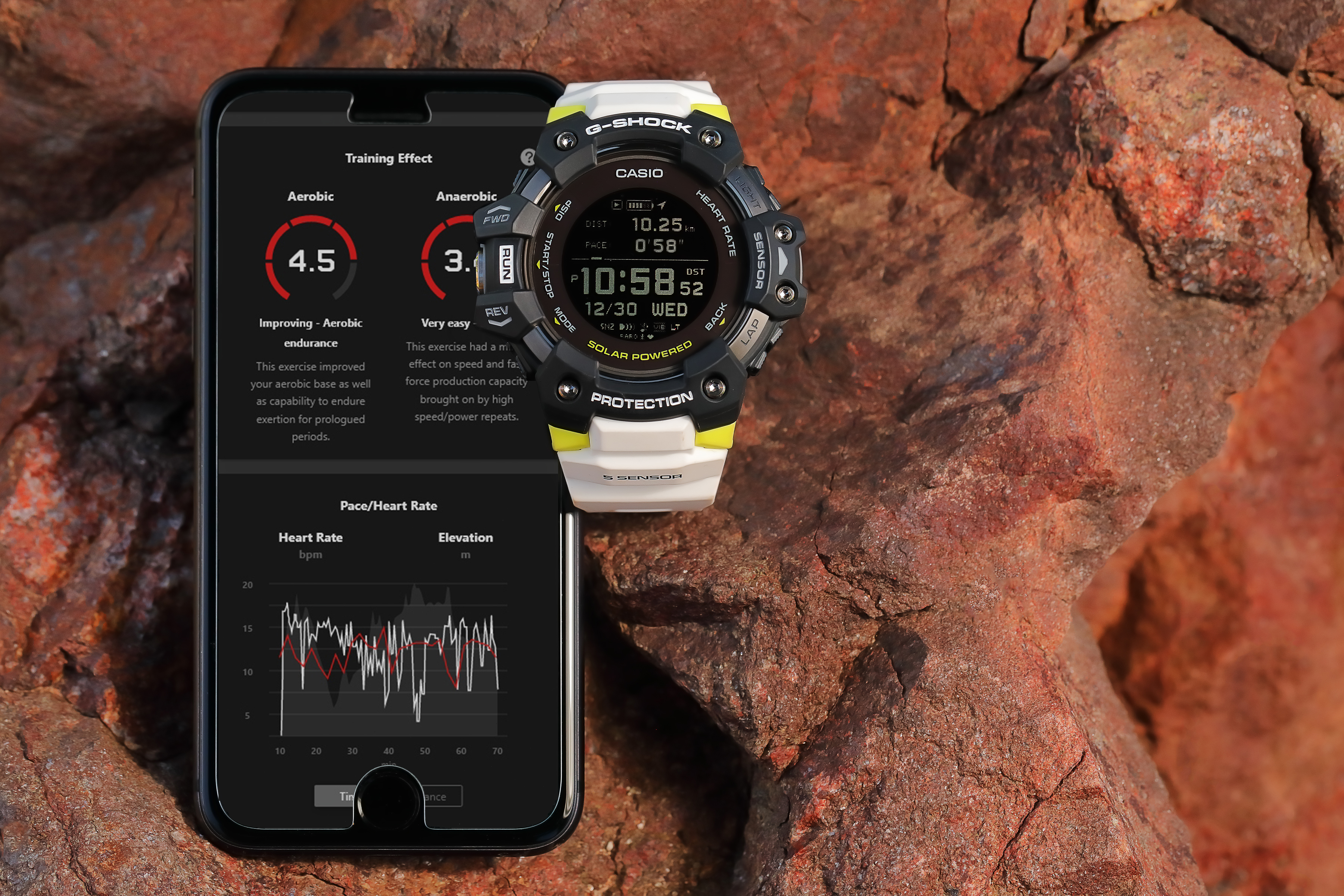 How did the race cancellations of 2020 change your running season?

I honestly look at the whole quarantining thing in a positive light, for me. I understand that it’s been devastating for a lot of people — from losing jobs or their businesses — and I’m sensitive to that. But for me personally, my daughter was born just before the pandemic. It gave me the ability to be around her 24/7, which I didn’t get that opportunity with my son because I was racing.

When she’s learning something new, and seeing that development in a new mannerism, or new laugh, or some new ability … it’s been cool to be present for those moments.

As far as running, the cancellations left me in a sort of no man’s land. For me, the thing I love to do is competing, and that’s the beauty of running. You’re challenging your fitness against someone else and their will to beat you.

Initially, I’ve not been a huge fan of FKTs [fastest known times], but this year it was the only competitive outlet. It was a way to compete with the same people I normally see face to face.

Note: Gray accomplished a few FKTs this year. One coincided with a trip to visit family in his home state of Washington, the Enchantment Lakes Traverse. The other was where he currently lives, Colorado, where he completed the popular Boulder Skyline Traverse in a time of 2 hours, 32 minutes, and 40 seconds. 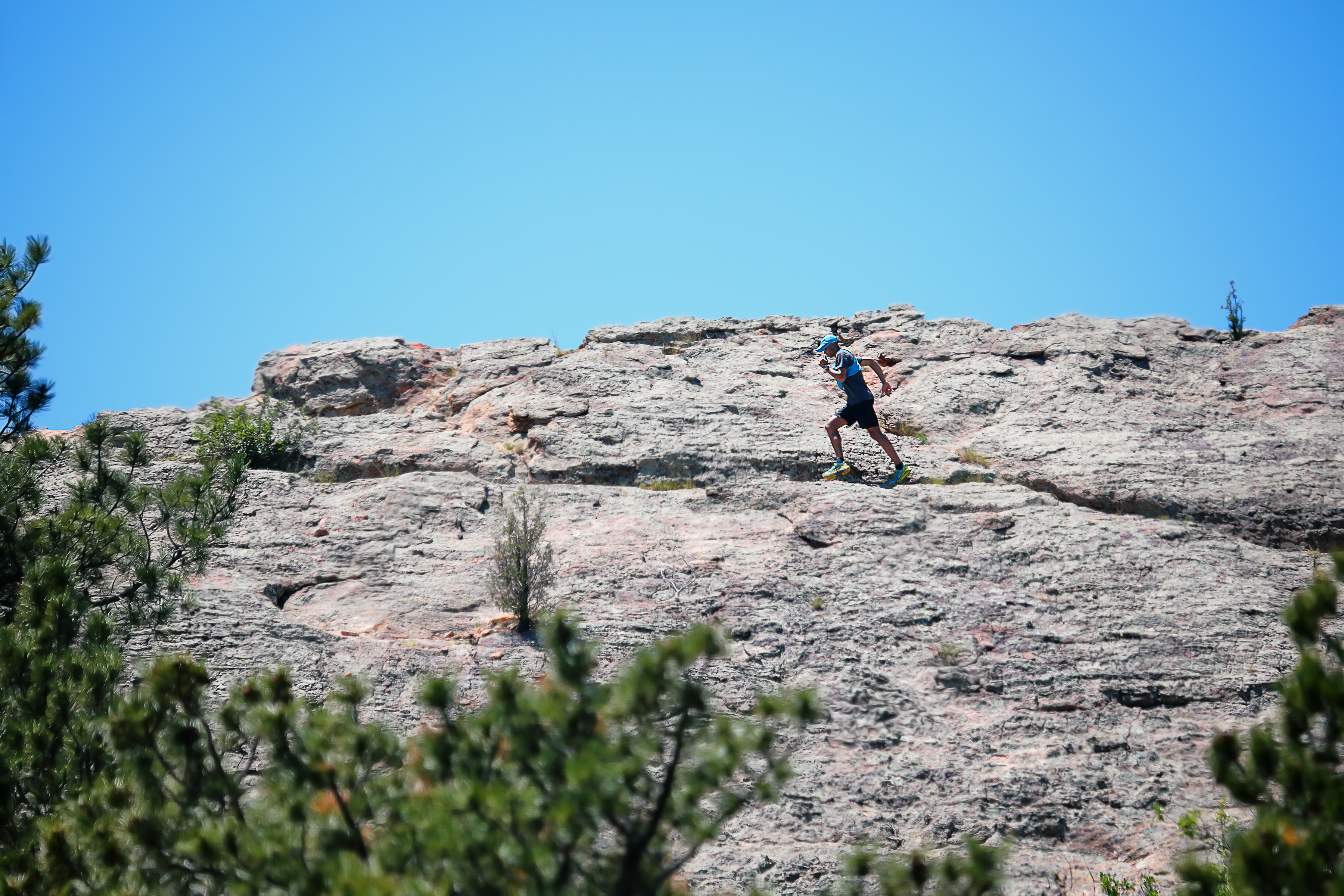 You’re known for loving steep runs and routes. What is the appeal of running uphill?

I love races that finish on the top of mountains. I feel like you start at the bottom and finish at the top, and you get to take in that view and see what you just worked to get up. There’s no rush to get back down.

This interview is sponsored by G-SHOCK. Find out about the brand’s new G-SHOCK MOVE GBDH1000 sport watch here.

G-SHOCK to the Heart: A Fitness Watch Gets Rugged

For the first time, G-SHOCK includes a heart-rate monitor and GPS. Meet the connected G-SHOCK MOVE, the GBDH1000. Read more…

Up Next: The Best CrossFit Jump Ropes of 2021