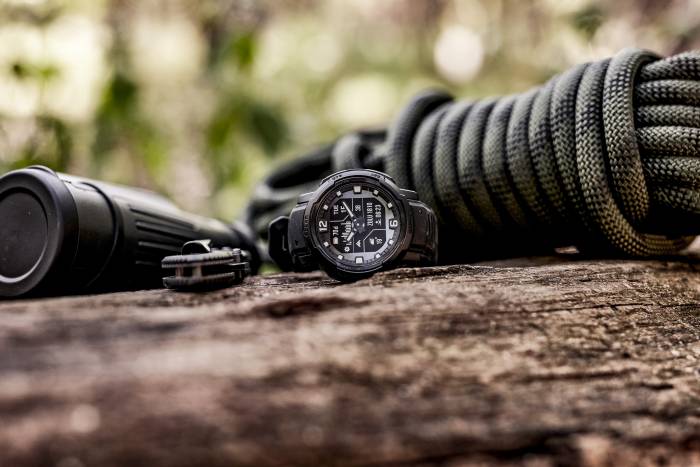 Garmin’s new Instinct Crossover combines the styling of a sporty analog with the features of an adventure smartwatch.

The Instinct Crossover, Garmin’s latest addition to its family of GPS smartwatches, dropped today. The latest timepiece in the Instinct line is a digital/analog crossover, aimed at users who want the styling of a sporty analog watch with the utility of a smartwatch.

The Instinct Crossover comes with a large digital display, robust solar charging, and the activity-tracking functionality that current Garmin smartwatch users are familiar with.

But it pairs those features with physical hands and a dial, allowing users to have their cake and eat it, too.

“We created the Instinct Crossover for active lifestyle individuals who prefer the look of a traditional watch but who are ready to tap into the functionality of a modern smartwatch,” said Dan Bartel, Garmin vice president of global consumer sales.

“By eliminating the need to compromise between tradition and technology, the Instinct Crossover reimagines and redefines the modern adventure smartwatch.”

If you’ve used a digital/analog crossover watch before, you’re probably familiar with the go-to feature. It involves analog hands that move out of the way when users want to access smart features on the digital display.

The Instinct Crossover is no different. However, the digital face is large enough to display plenty of info without the hands having to move.

Speaking of the hands, they glow just like the watches you used to have growing up. The Instinct Crossover is built to MIL-STD-810 standards, meaning it has been tested for shock, heat, cold, sand and dust, salt, humidity, fungus, acceleration, and gunfire vibration.

If you guessed that MIL-STD-810 is a U.S. military testing standard, you’d be right.

Between that and water resistance up to 100 m, the Instinct Crossover purports to have enough to muscle to hang on some gnarly adventures. Garmin claims its RevoDrive analog hand technology keeps accurate time, even auto-calibrating after “significant impact” to the watch.

And if your adventures happen to be long — the more the better. In battery-saver mode (time, date, and a stopwatch), Garmin says the Instinct Crossover has infinite battery life. With smart features enabled, you could potentially get up to 70 days of battery life out of the thing.

The caveat? All of the above assumes that 1) solar charging is enabled and 2) you are spending at least 3 hours outside in 50,000 lux conditions.

That translates to somewhere between full sunlight and shade on a sunny day.

Garmin’s been in the watch game for quite a while, and its health and wellness features are generally pretty dialed in at this point. The Garmin Instinct Crossover delivers info on sleep, stress levels, heart rate, VO2 Max, pulse oximetry, and more. And of course, it pairs with your smartphone.

Garmin also has a tactical edition of the Instinct Crossover that comes with night-vision compatibility and other military-specific features.

The Garmin Instinct Crossover starts at $500. Check out Garmin for more info and to snag one for yourself. 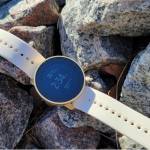 When it comes to adventure watches, the Suunto 9 Peak Pro is its own (excellent) thing. Read more…