Home » Technology » What’s Next for GoPro: Interview From CES

We got a chance to sit down with top GoPro executives, including founder Nick Woodman, at the Consumer Electronics Show. We talked about forthcoming product releases and the future of the storied action camera company.

Let’s cut to the chase. The main takeaways include the announced “Mod” accessories that will all hit the market soon and elevate the HERO8 Black to new heights of video production awesome.

While GoPro remains a market-leading hardware company, it’s putting a ton of energy into becoming a powerhouse software company as well. On the horizon, there are big software updates, new accessories, and a line of carrying bags in the works.

GoPro has a new line of accessories for the HERO8 that it calls Mods. These include a Light Mod, Media Mod, and Display Mod. These accessories combine to create a powerful vlogging setup. They also make taking that epic action super-selfie that much easier! 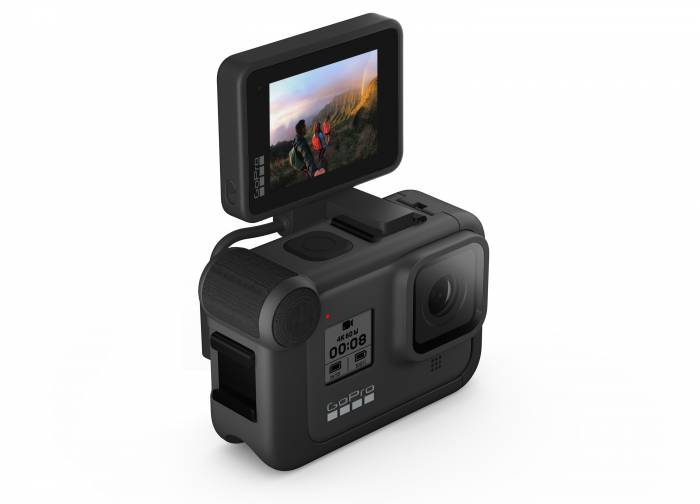 The Light Mod just started shipping a few weeks ago and will set you back $50. It’s a versatile 200-lumen standalone 5,000K color temp video light. And it requires the Media Mod to attach directly to your GoPro setup.

The Light Mod is waterproof to 33 feet, comes with a diffuser, has a built-in rechargeable battery good for up to 6 hours of runtime, and offers four light modes, including a strobe feature.

Think of the Light Mod as a great video light, which is also a versatile all-around light. It can be attached to any GoPro mount, making it a great headlamp, bike light, roadside vehicle repair light, and more. 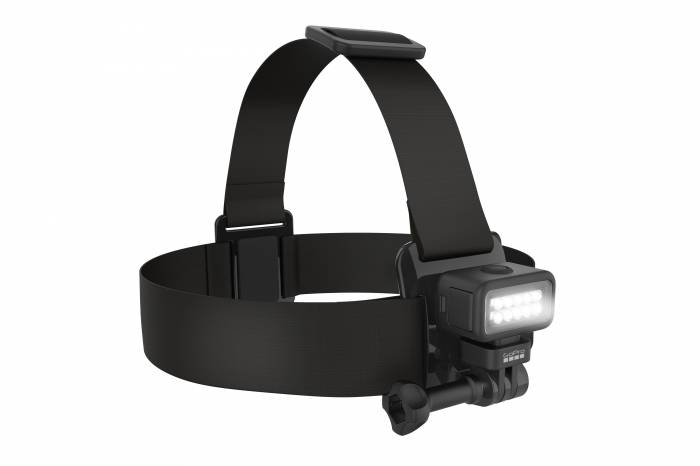 The Media Mod is the chassis that brings all the Mod accessories to the GoPro HERO8 Black. It’s available now for preorder, for $80, and will ship by the end of the month.

The main feature of the Media Mod is a built-in directional mic. It also offers a 3.5mm mic port for hooking up your favorite external mic and an HDMI-out port for connecting an external monitor. Two cold-shoe mounts for attaching mics, lights, and an LCD screen round out the Media Mod goodness.

The Display Mod will be $80 when it goes on preorder in February. It’s scheduled to ship in March. The Display Mod is an add-on to the Media Mod that provides a 2-inch flip-up screen. It has a built-in rechargeable battery and micro-HDMI connector.

When we sat down with Nick Woodman, GoPro’s founder, he continually talked about how excited he is for the upcoming app updates. He also focused on bringing in even non-GoPro camera customers into the versatile video editing app by allowing any video footage on your smartphone to be edited within the app. Woodman wants to make GoPro as a brand more relevant to an even broader audience.

Woodman also said that, while GoPro will always deliver the best hardware out there, the software will be an even bigger focus in the future. This is a major shift for the predominantly hardware-based company.

Woodman reiterated that GoPro does and will “build the best product — period.” He also said he thought the HERO8 Black was the first product to pull the brand along instead of the brand pulling along the product.

He believes GoPro offers the “best in-camera stabilization in any camera at any price point,” adding, “We’re just awesome. No apologies. It’s just who we are.” 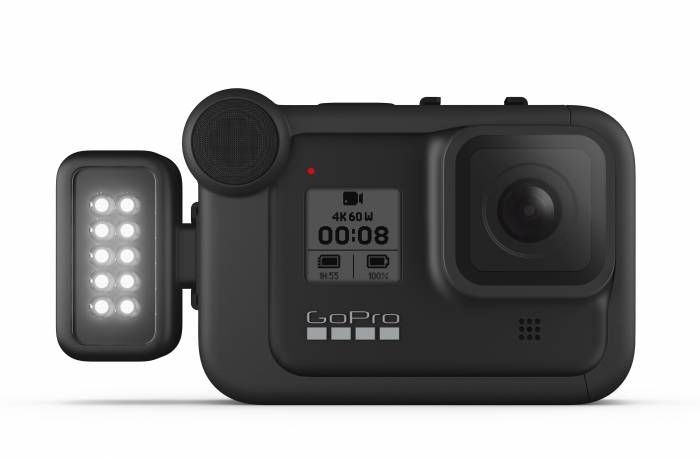 Copycat products and cheap knockoffs have always been a problem for GoPro, and one that’s not going away. Woodman said, “Anyone can build a piece of crap and sell it to a sucker.”

He also addressed what some people regard as high prices of GoPro cameras by saying that a massive R&D budget is required to bring the new technologies that GoPro brings to the market each year.

While software seems to be the main avenue GoPro is using to bring new customers into its ecosystem, Woodman hinted at other possibilities as well. He said that it’s “time for GoPro to expand and be more relevant to more people.” He also said that GoPro would approach this by looking at “what are the best opportunities to help a new customer in a new way.”

Woodman was also asked about when and if we might see a new camera chip from GoPro. The GP1, first seen in the HERO6, has been on the market for a long time now. Woodman stated that the “GP1 won’t be our last chip.” It sounds to us like the GP2 chip will be in future GoPro cameras sooner than later. 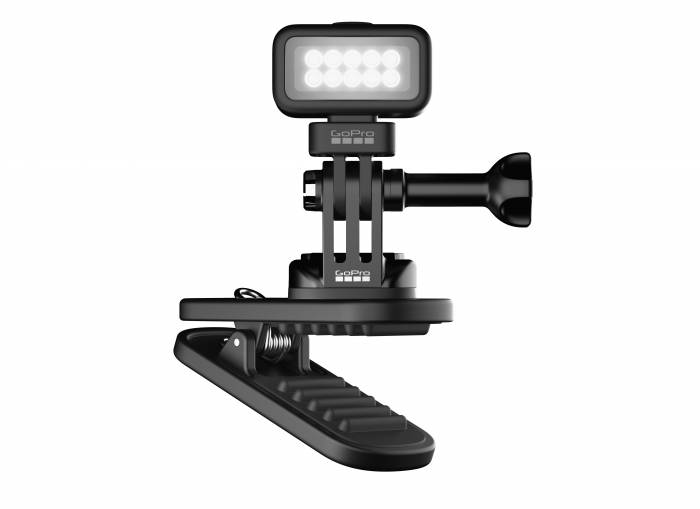 Besides the three Mod accessories coming out now, there are always lots of cool products in the works at GoPro to support the brand’s cameras.

The latest, which we maybe weren’t supposed to see, is a full line of carrying bags from GoPro. The brand wouldn’t divulge any info at this time besides that it’s something they’re working on and considering.

However, we’d wager that you might see a full softgoods bag line from GoPro in the next year.

Journalists had all kinds of video-shooting tip questions for Woodman, but the one tip that he reiterated was how to keep water drops off the lens during watersports activities. He said to lick the lens, a lot. Like every time you catch a wave or run the next rapid.

He also said to never touch the lens, as it will leave oils from your skin that are hydrophilic.