With the IKO CORE, Petzl changes up the usual recipe it pioneered. Petzl removed the elastic headband altogether and created a slim lamp that boasts more options for varied use.

For decades, we’ve seen variations of headlamps with a boxy light in front, and a battery in back or behind the light. Petzl’s latest take challenges that status quo.

Immediately noticeable on the IKO CORE is the semi-rigid AIRFIT headband. Petzl’s design allows the headlamp to fit more like a hat (or tiara) than existing elastic headbands the brand makes.

In place of the ubiquitous headband, the AIRFIT headband requires very little compression to sit stable on the head and only uses a small amount of bungee cord to help fine-tune the fit for dynamic activities

Like other designs, the IKO CORE puts the battery pack in the back and the lamp body in the front for optimal balance. However, the cable that connects the battery and the lamp is entirely encased by the headband itself.  This makes for less bulk hanging from your headlamp to catch or cause ill-distributed weight.

The lamp body itself is also unique. It pivots 180 degrees for a wide range of lighting angles, especially when worn around the neck or as a lantern.

Petzl also took pride in creating a lamp that can crank out 500 lumens and weighs 79 g. It achieves that light-to-weight ratio via seven LEDs inside one of the thinnest lamp bodies on the market.

Petzl said distributing the light over more LEDs reduced the need for a heat sink, which would take up space and add weight. It also noted the multiple lights overlap to create a “homogenous beam” through its three power modes.

Note: Petzl does make a version of the IKO that operates on three AAA batteries. It can be upgraded at any time by buying the rechargeable CORE battery.

In short, disposable batteries don’t provide the same brightness that the CORE rechargeable battery does at the highest setting. One reason for this is simply battery life. Petzl chose to throttle the battery output so it could provide consistent lighting for 2 hours.

Petzl’s CORE rechargeable battery charges via a standard micro-USB port. Alternatively, the headlamp can also be run off of three AAA batteries without an adapter in what the brand calls a Hybrid Concept. The lamp will adjust its lighting output based on the power source: The CORE rechargeable battery allows 500 lumens for 2.5 hours whereas AAA batteries are limited to 350 lumens for 2 hours of burn time.

The headlamp has a low mode (6 lumens) and a medium mode (100 lumens), which work the same from both power sources. The IKO CORE also sports a locking feature, activated by holding the power button for 3 seconds, that ensures the lamp stays off.

Beyond Just a Headlamp

Headlamps often serve as a personal lighting system around camp. Here, the IKO CORE‘s unique design offers up another surprise. Rather than hanging the lamp from your neck, Petzl’s semi-rigid headband is wide enough to cradle closer to the shoulders.

The design also allows the IKO CORE to work in lantern mode, where the headband can fold into a stand, while the LEDs (covered within the white storage pouch) provide diffused light. Plus, the lamp body tilts 180 degrees for a range of angles, lighting up your tent, campsite, truck bed, or anything else.

The headlamp’s AIRFIT headband can also wrap around a tree limb or pole to create a stationary overhead spotlight, and the light can fit around a wide variety of items. This allows the IKO CORE to light up your surroundings when you need it to, even when you aren’t wearing it on your head.

Petzl made this light to give creative authority to the user in a product category that has historically been singularly focused.

Whether it’s a running headlamp, an extra light while cycling, or an auxiliary light around the campsite, Petzl lets you decide the different ways you use the IKO CORE. You can check out one of our editors’ first impressions here. 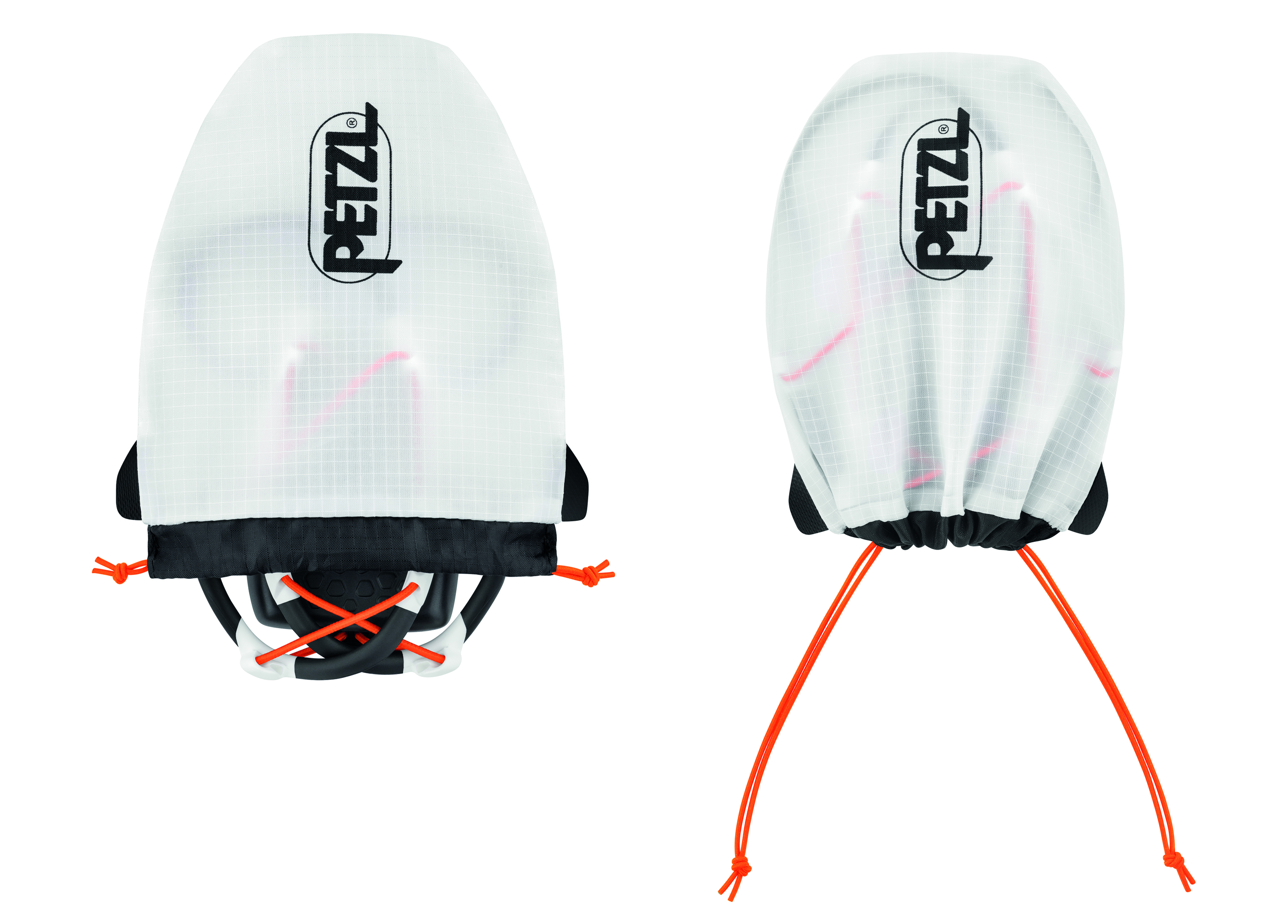 This article is sponsored by Petzl. Learn more about the IKO and IKO CORE headlamps here.

Up Next: How to Use a Trail Camera

Saving…
How to Use a Trail Camera
How to Choose Binoculars for Birding, Stargazing, and More