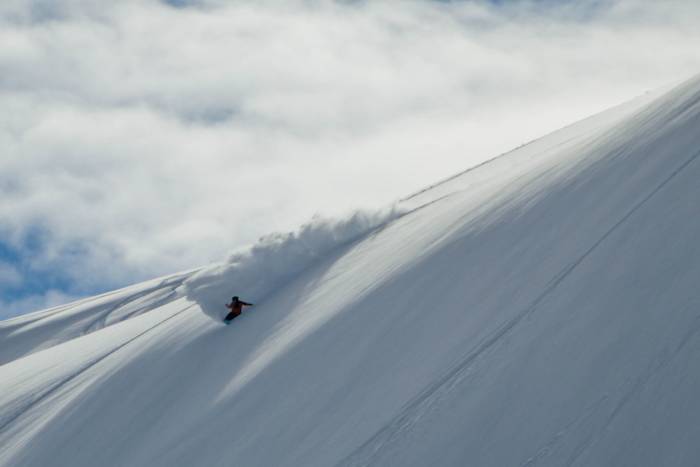 It may look like backcountry snowboarders enjoy an easy life of pristine lines through deep powder. However, getting those shots often means long days on snowmobiles blowing through wet snow and wild weather.

Backcountry snowboarder Curtis Ciszek made a name for himself away from groomed slopes, and he’s grown to exemplify the all-around mountain lifestyle available in Bend, Ore. From guiding fish trips and navigating the backcountry to the occasional day hunting, he’s embraced life outdoors year-round.

Ciszek is a seasoned fixture of the deep snows of the Pacific Northwest and has been featured in recent films like “Energy” and “Farm to Table.”

Here, we check in with Ciszek as the snow begins to move in on his hometown in the mountains.

As a backcountry snowboarder and angler, Ciszek finds himself wearing all kinds of apparel from his sponsor, Columbia Sportswear.

In the summer, he runs an outfitter business and guides other anglers chasing steelhead and other trout. In those months, he’s often decked out in Columbia’s Performance Fishing Gear (PFG). He’s one of about a dozen licensed boat guides in his local area of the Lower Deschutes.

He’d spent years on the water before he took to the snow. Ciszek spent ages 6 through 10 floating around the world on a sailboat. It gave him a unique experience at a young age and a love for the water. After a few years in Mammoth Lakes, Calif., his family moved to Bend, Ore. He was 14 years old — and that’s when he started snowboarding. He’s stuck around ever since.

He spends much of the winter around Mt. Bachelor, his backyard of sorts, and makes trips north of the border later in the season.

For Ciszek, there was no big snowboarding epiphany. It was just accessible and an easy hobby given his proximity to the mountains. “I just fell into it, I guess,” he said.

“I just had my last river trip 2 days ago, and now I’m just transferring over into snow mode and actually woke up to 4 inches of snow on the ground here in Bend today,” Ciszek said.

Between fishing and snowboarding, Ciszek has also spent some downtime hunting upland birds. To stay warm under a rain jacket and water, he wore base layers built with Omni-Heat Helix, the latest tech by Columbia. The Titanium Pass Helix Half Zip is designed to regulate warmth while wicking away moisture. There are similar pieces made with camo patterns, too.

He went up the canyon walls to find chukars and then chased them right back down. That kind of start-and-stop hunting put the layers to the test.

“As far as a breathable base layer goes, I was kind of blown away by it,” Ciszek said. “It’s kind of the perfect amount of warm and breathable. It reacts quickly and just keeps you comfy.”

He’ll be wearing the midlayers and base layers made with Omni-Heat Helix on the slopes this winter.

Ciszek says he’s seen a lot of people on the mountain willing to shell out good money for a three-layer waterproof jacket, but then they skimp on performance midlayers and base layers.

“The layering system is so crucial, especially on deep-snow days when you’re working your butt off downhill and then you get on the chair and you’re just sweating,” he said. “You need some sort of layer that will wick all the moisture out and breathe through your high-end outwear, right?”

Looking Ahead to Winter

Ciszek will spend his winter on trips with his sponsors and probably spend a month or so in Canada, which he’s done for nearly 2 decades. He’s still piecing together some other details.

Most of his backcountry runs are accessed by snowmobiles. He’ll head out to planned areas to assess the weather, snowpack, and avalanche risk. From there, he’s scoping out the terrain for scenic spots or runs.

“Mainly just trying to pick out features on a face to either jump off or turn on — or full lines from top to bottom depending on what we’re riding that day,” Ciszek said.

Stoke videos tend to show the greatest hits from each trip and can give a misleading feel to how easy they were to capture on film.

“You watch all the movies, and a lot of times the conditions look epic. But there’s usually, on any given day, something that’s a little off. Like the wind blew a little hard, and there’s a wind crust, but you can’t really tell in the video,” Ciszek explained.

As snowboarding videos have matured over the years, they’ve integrated footage of more than just descents. Ciszek has been working on a film about his life and interests beyond snowboarding, like fishing and boating.

His father was a commercial salmon fisherman in Alaska. When he passed, his father left his 46-foot catch rig sailboat to his children.

Last summer, Ciszek and his sister set sail on that boat and loosely retraced a family trip from their youth. They spread their father’s ashes in the waters he used to fish. Ciszek used a jet boat towed behind the sailboat to explore the surrounding waterways and slopes, sometimes running 10 miles upstream to fish along Alaska’s rugged wilderness. Of course, he got in some boarding, too.

His other trip to Alaska was chasing powder above Haines. He heliskied and got in some runs on 3 feet of fresh snow before the Arctic winds moved in. The winds stripped away the new snow, and other weather created sketchy conditions, so he found himself skunked the rest of the trip.

That’s how it goes in Alaska.

You can follow Ciszek this winter to see where he ends up. Like most professional snowboarders, he’s always watching the weather and chasing the snow.

He’ll surely drop some new footage this winter, as well as more hints on his Instagram feed. He’ll be sporting Columbia’s jackets and pants on the outside, but underneath he’ll be wearing Omni-Heat Helix wicking layers.

After all, when your job takes you out into the cold wilderness, from “dark to dark,” layering becomes even more important. 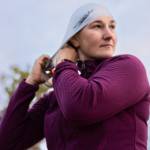 The Ice Queen: Sveta Vold and the Night Water Butterflies Are the 'Chillest Humans'

When Sveta Vold first moved to America in 2011, no one here thought swimming in a frozen lake was a sane idea. But it was her normal. Read more… 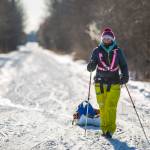 Winter Ultras: The 'Chillest Humans' Train and Race in the Coldest Weather

Winter ultrarunning combines the challenges of endurance racing with the season's weather and extreme cold. To win, or even finish, takes perseverance and a little chill. Read more… 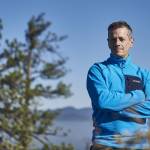 The 20-year veteran of adventure racing has been known throughout his career to see through the storm. In the role of race director, he brought willing athletes along for the journey. Read more…